Coronavirus has made the health sector sick, but the industry is recovering 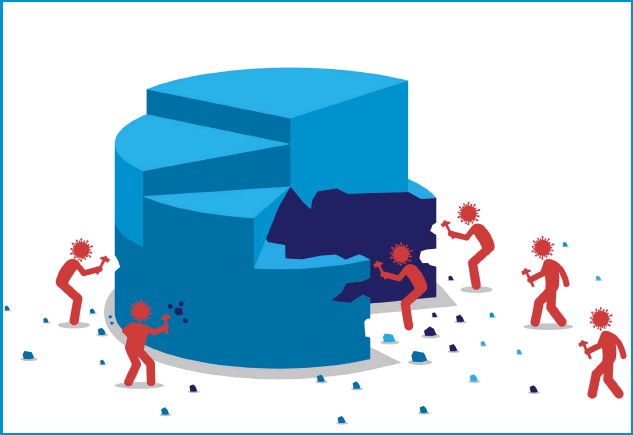 Amid a global pandemic that has infected about 1.5 million South Africans, with 1.4 million recoveries and more than 48,000 deaths, one might have expected SA’s private healthcare system to have profited handsomely from additional patient volumes. The reality is not that clear-cut.

Across the board, private healthcare providers felt the brunt of the pandemic in the first half of 2020, with operating profits falling by 35% to 86%.

Yet this started to change in the second half as hospitals learnt to operate within the parameters of Covid-19, the middle class began to prioritise both healthy living and health insurance, and the promise of vaccines became a reality.

The first companies to feel the impact of the pandemic were the hospital groups, not just the big three of Mediclinic, Netcare and Life Healthcare but also smaller ones like RH Bophelo and Advanced Health. The latter was facing difficulties before the pandemic began.

This was after the South African Society of Anaesthesiologists drove a call to shut down elective surgery, the most profitable activity at a hospital, to prioritise Covid-19 patient care.

But during the first wave of the pandemic, the expected surge of patients didn’t come. “Some hospitals sat with occupancy levels of 30%, compared with an average of 66%,” says Meryl Pick, a fund manager with Old Mutual Investment Group.

The change in patient mix, lower levels of occupancy, extra personal protective equipment and staffing costs had an impact on profitability, with the result that Mediclinic’s earnings for the six months to the end of September fell 86%, whereas Netcare saw operating profit fall 61% in the year to September.

The latter half of the year, however, allowed hospitals to apply lessons learned. Elective surgery was reintroduced. The treatment of Covid-19 patients improved as doctors learnt the benefits of using steroids and oxygen instead of intubations, among other treatments.

As the peak of the second wave passes, hospital operators are reporting signs of a return to more regular patterns of activity, with occupancy levels back up to 55% to 58% in the second half of last year. “A third wave is expected, but hospital groups have weathered the worst of the storm,” says Izak van Niekerk, a co-portfolio manager at Mergence Investment Managers. But profitability levels will not return to normal until SA’s population is vaccinated or has achieved herd immunity, adds Pick.

The outlook for private medical aid membership and the impact on the healthcare sector is tied to the economy and remains uncertain. “Covid-19 has had such a significant impact on the economy, and in turn the financial wellbeing of consumers,” says Mohamed Mitha, investment analyst with Kagiso Asset Management. “There is concern regarding increasing numbers of medical aid policy cancellations [or downgrades] owing to affordability constraints. This would shrink the size of the addressable market for hospital operators.”

This trend, which was in existence before the pandemic, has not worsened during the pandemic, and in fact may have reversed. The latest medical aid numbers released by the Council for Medical Schemes following the annual “switchover”, where members are able to swap plans, show that fewer than 6% of Discovery Health Medical Scheme members chose to change their plans at the end of 2020, 3% upgrading for greater benefits and 3% downgrading.

“People are very aware of health … and are holding on to their medical aid and other insurance – perhaps funding it from other savings,” says Van Niekerk.

In fact, the Government Employees Medical Scheme (GEMS) saw a surge in membership, both before and during the pandemic. Its membership grew from 727,840 in February 2020 to 750,980 by the end of 2020, according to GEMS principal officer Dr Stan Moloabi, who was quoted in an article on internet platform BusinessTech.

That said, the economic outlook is uncertain and this will inevitably play out in medical aid membership in the future.

As hospitals have reported fewer patients, so medical schemes have seen a decrease in overall claims during the pandemic, which has been good for their solvency levels. But this is expected to be temporary as the healthcare system catches up with the backlog of postponed elective procedures, says Mitha. But a potential decline in medical aid beneficiaries and increased downtrading in cover are factors to monitor, because this could affect how solvency is managed by the medical schemes going forward, he says.

Discovery, which includes Discovery Health, has adopted a very cautious stance. To maintain financial strength it set aside R3.4-billion for future impacts on claims and lapses related to Covid-19. This was accounted for in its financial year to June 2020, with the result that rather than being up 9% operating profit fell 22%. The company is in a closed period and will present its results for the six months to December next week.

Pharmaceutical company Aspen reported flat results to June 2020, as gains in some pharma products offset losses in others. Like Discovery, the company is in a closed period ahead of the release of its results for the first half of 2021, and could not comment on the impact of the Johnson & Johnson vaccine manufacturing contract. The company will manufacture one million doses of the vaccine per day, which will contribute significantly to increasing capacity utilisation at its Port Elizabeth plant.

Aspen has signed a nondisclosure agreement and cannot discuss pricing. But Van Niekerk notes that, even if Johnson & Johnson sells the vaccine to governments at cost, its contract manufacturers are likely to earn a good margin. A US contract manufacturer for Johnson & Johnson’s vaccine, Catalent, mentioned that margins of 30% to 40% are possible on full capacity utilisation.

“What is also becoming clear is that this will not be a once-off benefit for Aspen – this virus will be around for a while and mutations suggest that people will require boosters into the future.”

Though the “new normal” is not yet clear, one thing is. SA’s big healthcare players have the benefit of scale, strong management and resilient balance sheets. They will survive. But the impact of Covid-19 on smaller operators is likely to have been more severe and the impact has yet to play out. DM168