African Continental Free Trade Area should be used as a... 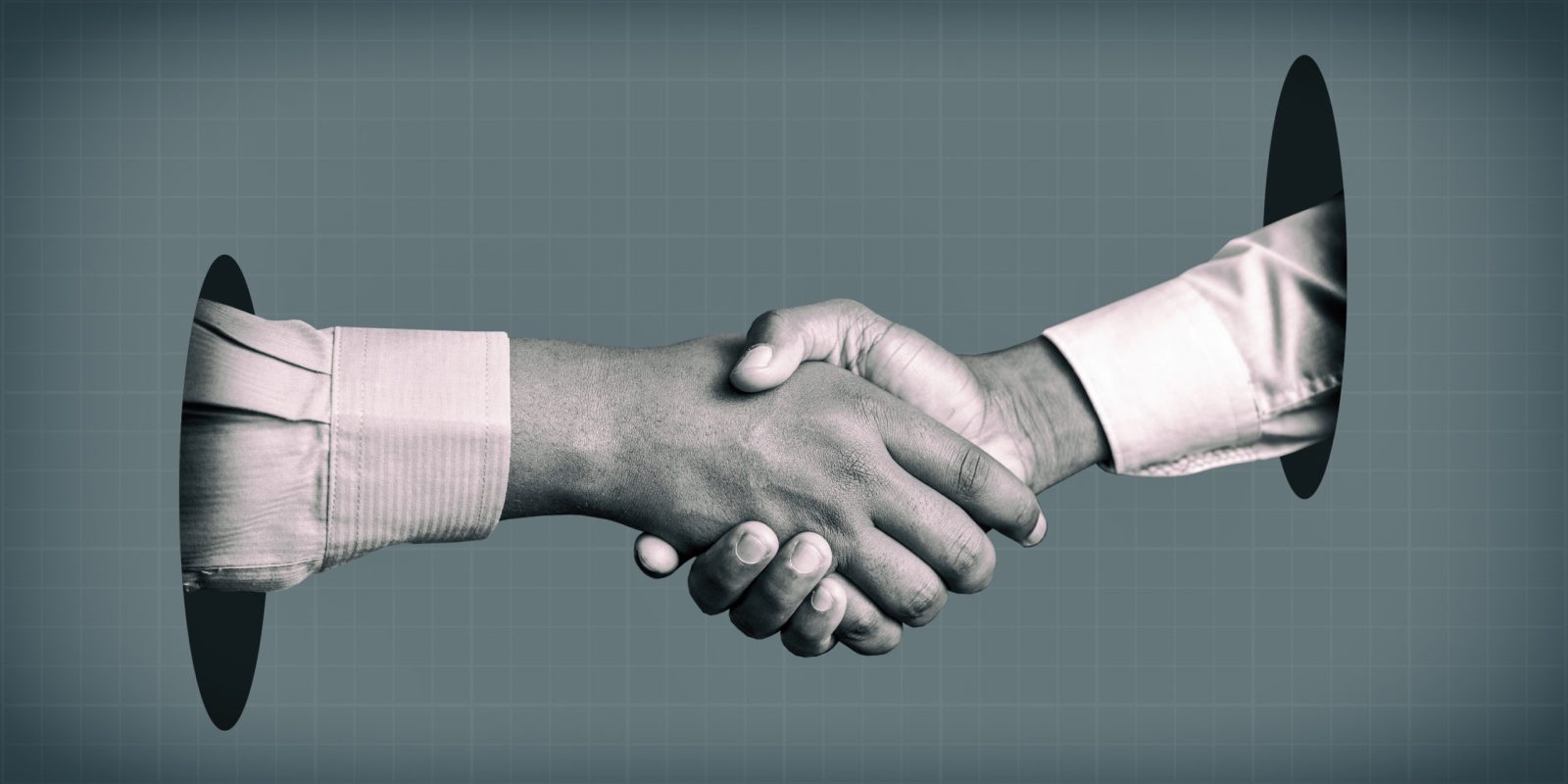 Insecurity and political tension continue to undermine Africa by disrupting peacebuilding, development and governance efforts. A key driver of insecurity has been the effects of the arbitrary borders bequeathed to the African continent by the ravages of predatory colonialism. Traditional interstate wars have been increasingly replaced by intrastate conflicts.

The African Continental Free Trade Area (AfCFTA) was formally launched this year and was discussed during the annual African Union (AU) heads of state and government meeting, which was held on 6 and 7 February 2021, in Addis Ababa, Ethiopia. South Africa’s chairing of the assembly of heads of state was also concluded during this meeting.

The AfCFTA was launched due to the realisation that intracontinental trade in Africa is still relatively weak when compared with other regions of the world, and accounts for only 16%-17% of all of Africa’s exports and imports. The establishment of a continent-wide geographic zone where goods and services move among member states of the African Union with no restrictions has also created one of the world’s largest trading blocs. However, the fact that there are pockets of instability and conflict around the continent requires some reflection to be applied to how to leverage the AfCFTA to also promote peace and security.

The regionalism which has been accelerated by the adoption of the AfCFTA will bring with it a combination of threats and opportunities which will impact upon the peace and security situation across the continent. The predominant fear is that the AfCFTA, and its effects of increasing cross-border trade, will paradoxically increase the opportunities for nefarious actors to exploit the regionalism to fuel their trade in illicit weapons, narcotics, illegal immigration, natural resource extraction and human trafficking.

However, this is an erroneous assumption, because these illicit trade processes are already taking place in the absence of a fully operationalised AfCFTA. In fact, the opposite is more likely to transpire, in the sense that with the operationalisation of the AfCFTA, increased trade will also increase the trend towards political regional and continental integration, which will enhance efforts to promote peace and security in war-affected regions of Africa.

Insecurity and political tensions continue to undermine African countries and communities by disrupting peacebuilding, development and governance efforts. However, a key driver of insecurity has been the constraining effects of the arbitrary borders bequeathed to the African continent by the ravages of predatory colonialism. This historical reality has bequeathed a legacy of state-based division to the region, which is still a barrier to deepening peace and security based on shared values and a common vision among countries.

The residual effects of colonialism have fostered a sense of discrimination between those who “belong” and those who “do not belong” within countries. Africa’s conflicts have demonstrated a tendency to spill across borders, affecting the security of communities in more than one country. Traditional interstate wars in the region have been increasingly replaced by intrastate conflicts. However, these intrastate conflicts, more often than not, have an interstate or regional dimension in the way that they are resourced and executed.

African post-colonial states tend to respond to insecurity with an overemphasis on military responses, including cross-border incursions, which inevitably fail to secure the intended outcomes of more peaceful, democratic and inclusive societies.

The ongoing Tigray crisis in northern Ethiopia has created a refugee spillover into Sudan, and has also drawn in political and military elements from Eritrea. Similarly, the Somali crisis has spilt over into Ethiopia, Kenya and Uganda, has drawn Eritrea into a regional conflict system, and has generated maritime insecurity and piracy in the Indian Ocean.

Similarly, the simmering conflict in South Sudan has drawn in Uganda, Sudan and Kenya into a regional conflict system.

The escalating crisis in Cabo Delgado in Mozambique has forced more than 500,000 internally displaced persons and refugees to leave their homes, and it will have major ramifications for the southern African region, including neighbouring countries, and could even impact the security situation as far away as South Africa.

Regional conflict systems, based on historical experiences in the Great Lakes region and the Mano River Union (Liberia, Sierra Leone, Guinea and Côte d’Ivoire) are notoriously difficult to stabilise, and require the affected state actors to adopt a coordinated regional strategy to promote and consolidate peace and security.

African governments should adopt a regional reconciliation framework, to complement the AfCFTA, which would develop a coordinated cross-border strategy to promote and consolidate peace and security based on interactions through leader-to-leader, government-to-government and people-to-people engagements.

The AfCFTA can therefore contribute towards increasing security by enabling the multitude of ethnic communities that cut across state boundaries, pastoralist populations whose mode of existence necessitates crossing international boundaries, and large migrant and refugee populations to utilise the opportunities provided by the framework to ensure their socioeconomic livelihood.

An Afrobarometer research study suggests “it is possible in the coming decade that the African Continental Free Trade Agreement may facilitate enhanced intracontinental mobility”. Specifically, the establishment of the AfCFTA will enable African citizens to leverage the AfCFTA framework to also increase social interaction and job creation among cross-border traders in the region, which could contribute towards promoting peacebuilding and enhance security in crisis-affected parts of the continent.

In order to effectively leverage the AfCFTA to promote peacebuilding and security, it is necessary that all African governments should ratify the agreement, so as to strengthen cross-border trade which will contribute towards establishing and strengthening relationships as a pathway to enhancing regional security.

All African governments should sign and ratify the African Union Protocol on the Free Movement of People and issue African Union passports to ordinary citizens across the continent.

African governments should adopt a regional reconciliation framework, to complement the AfCFTA, which would develop a coordinated cross-border strategy to promote and consolidate peace and security based on interactions through leader-to-leader, government-to-government and people-to-people engagements.

Furthermore, African civic actors can develop entrepreneurship training programmes that will empower people with access to economic opportunities. This will ensure that knowledge and skills transfer increase the promotion of regional trade and security.

In addition, international partners should assess how they can leverage the opportunities provided by the AfCFTA to enhance intercontinental trade, and improve economic development in African countries as a pathway towards promoting international peace and security.

The increased contact that cross-border traders engage in increases the frequency of socioeconomic interaction and creates opportunities for improving the understanding among citizens across the region. A key challenge is to ensure that citizens across the region engage with the establishment of the AfCFTA and also find ways to leverage it to improve their socioeconomic livelihood in order to consolidate peace and security. In this regard, civic actors engaging in transnational trade can contribute towards fostering a sense of belonging, shared values, peace and security through cross-border interaction in collaboration with governments and intergovernmental organisations.

The operationalisation of the AfCFTA and the increased interaction through trade will promote a form of relational security which will also complement the increasing trend towards regional and continental political and socioeconomic integration. DM

Professor Tim Murithi is Head of Peacebuilding Interventions at the Institute for Justice and Reconciliation, Cape Town, and editor of  the Routledge Handbook of Africa’s International Relations. Follow him on Twitter @tmurithi12