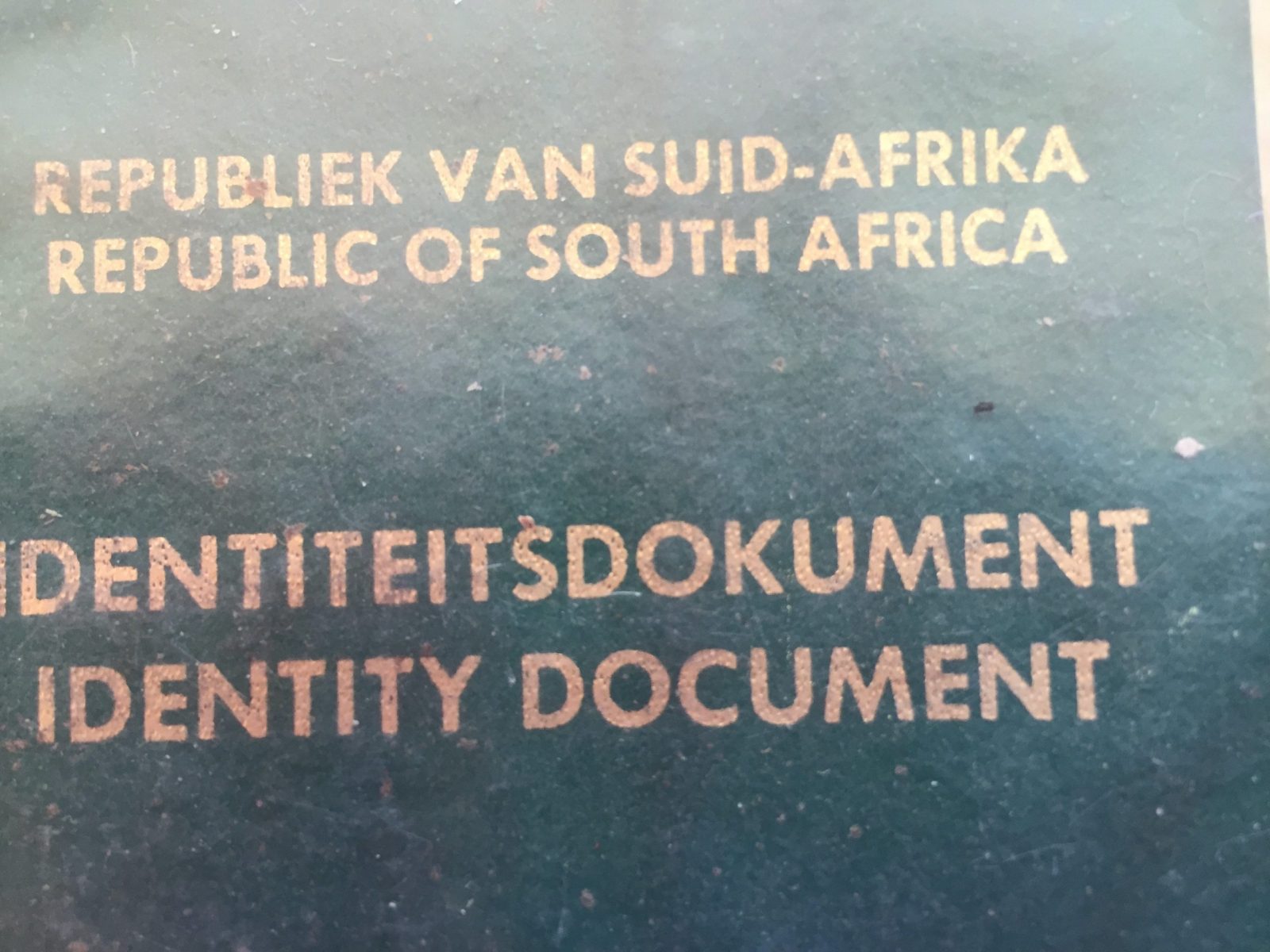 ID numbers may not contain the numbers which signify whether the holder is male or female in future. (Photo: Supplied)

Gender activists have welcomed a move by the Department of Home Affairs (DHA) to take into account the wishes of transgender, non-binary and intersex people in allocating identity numbers.

The DHA has published a draft of its new official identity management policy, which is open for public comment until 28 February.

According to the draft, the DHA aims to introduce a National Identity System (NIS), in order to guard against identity theft and to digitise identity management. All information about the identity of citizens and non-citizens in South Africa will be stored on the NIS. Included in the draft policy are options for ID numbers to take into account transgender, non-binary and intersex people.

New options include randomised ID numbers and the introduction of an additional third category for intersex people.

Gender activists have welcomed the DHA’s acknowledgement in the draft policy that the existing system excludes transgender, non-binary and intersex people.

Iranti programmes specialist Sibusiso Kheswa, said: “The possibility of randomised ID numbers, where gender is not coded, means everyone can have a neutral ID number without having to worry about being outed”. (Outing refers to the revelation of a person’s gender identity or sexual orientation, without their consent.)

“GDX is in full support of the recommendation to have randomised ID numbers — meaning that no data would be encoded into the ID number, including date of birth, gender or citizenship. This would be a critical aspect in our recommendations to the DHA. Random numbers protect the individual’s personal information and can remain with the person for life, irrespective of whether or not their particulars change over time,” said Zoey Black, legal and education advocacy officer at GDX.

Both Iranti and GDX disagree with some aspects of the draft policy which includes a new X category in addition to male and female for completing the sex field on various official documents.

The third sex category is important for the inclusion and self-determination of intersex people, said Kheswa.

“When a baby is born with varying sex characteristics or ambiguous genitalia, doctors often rush to operate and ‘fix’ a particular gender on the child. Globally, the intersex community has rejected these surgeries. When we have Home Affairs legally recognising intersex people, then parents and doctors will leave the child to grow and identify themselves,” he said.

While the draft policy suggested that the X would be used for transgender, non-binary and intersex people, Kheswa said all people should be able to choose the unspecified gender option.

GDX does not support the allocation of an X solely for non-binary, transgender and intersex persons, said Black.

“Trans and gender diverse persons already face extraordinary marginalisation and discrimination, even from officials at the DHA. The creation of an ‘X’ would further perpetuate, if not worsen, the already dire position of trans persons and communities and place them at even greater risk for discrimination and violence,” she said. DM