Does the original SARS2 infection offer some protection...

Does the original SARS2 infection offer some protection against severe symptoms of the new Covid variant? 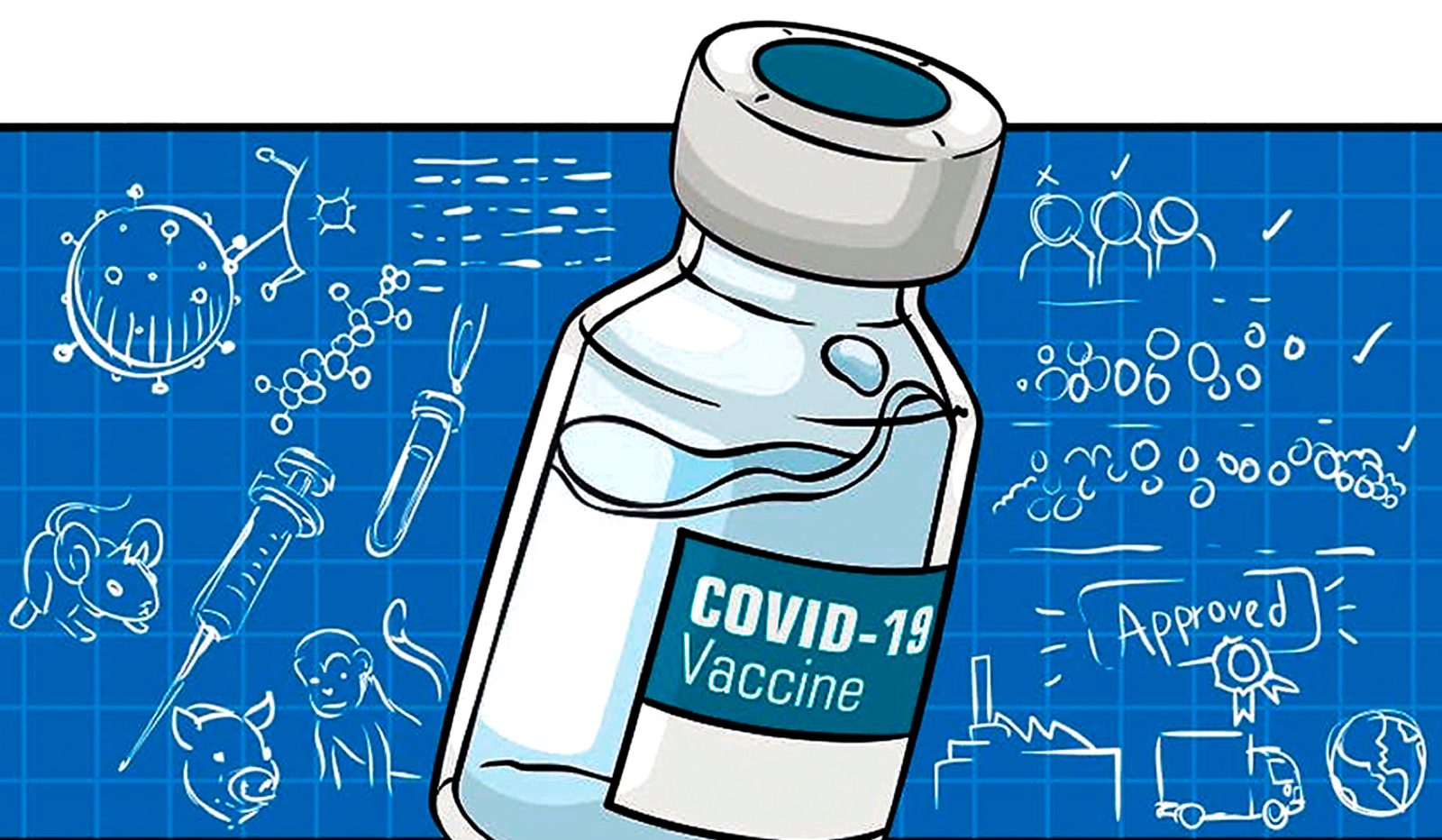 Can the AstraZeneca and other first-generation vaccines protect against severe disease/mortality from the new variant? (Photo: theconversation.com / Wikipedia)

Some observational evidence from the Western Cape appears to show that immunity conferred by the original SARS2 viral infection has some measure of protection against severe Covid-19 or death caused by the 501Y.V2 variant first identified in South Africa. In light of this, it may be important to explore the implications for first-generation vaccines such as that of AstraZeneca’s.

Looking at the data collated from Western Cape metro subdistricts during the two waves of the pandemic it is clear that Khayelitsha and Klipfontein subdistricts, where non-pharmaceutical interventions are difficult to implement, especially in the context of informal housing,  have suffered a less severe second wave compared to their first. This contrasts strongly with the predominantly formal housing subdistricts which have suffered a more severe second wave.

If one counts the deaths under the curves a clearer picture emerges. 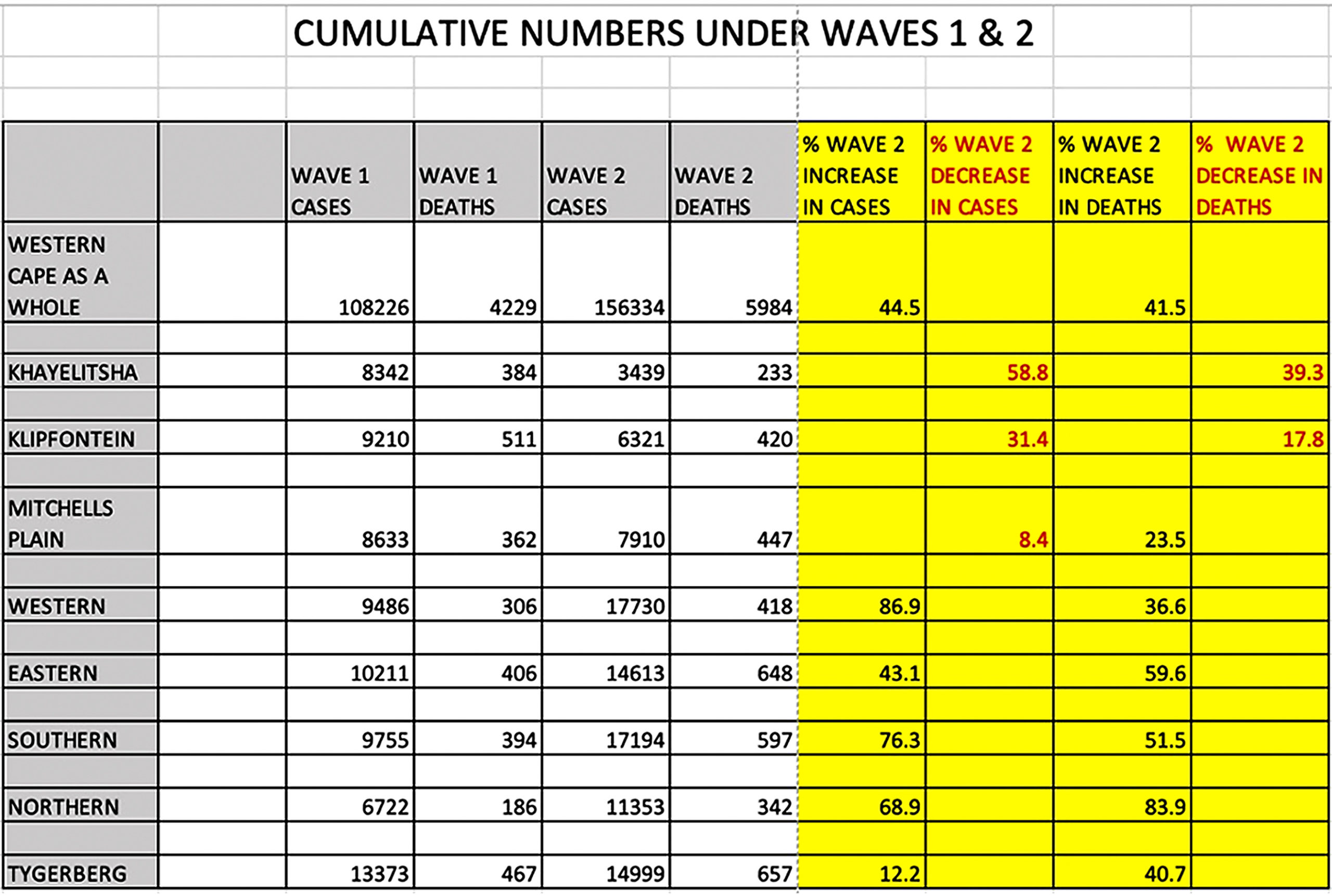 The fact that in the second wave, caused predominantly by the new variant, Khayelitsha and Klipfontein had fewer deaths than in the first waves caused by the original virus prototype, while the other subdistricts had more deaths in the second waves than in their first waves, provides evidence that natural infection with the original SARS2 strain does confer a level of effective protection against severe Covid disease leading to death caused by infection with the new variant.

We also know from the Novavax vaccine trial by Professor Shabir Madhi that there was a similar attack rate for the new variant in those triallists receiving placebos, irrespective of their having had antibodies to the original virus in the first wave prior to vaccination. This means that immunity built up as a result of their original infection did not prevent reinfection with the new variant and mild Covid disease. However, Madhi’s subjects were too young and healthy to examine vaccine efficacy for severe Covid disease, specifically deaths.

The Western Cape data strongly suggest that natural immunity from infections with the original virus protects against severe disease/mortality.

We know that, as with natural infection by the original virus, the AstraZeneca vaccine produces both neutralising antibody as well as T-cell immunity responses, which protect against severe Covid and death. We can then infer from the Western Cape data that the AstraZeneca and other first-generation vaccines are likely to protect, perhaps mainly through T-cell cross-immunity,  against severe disease and death from new variant infections.

While it is not yet clear what will be done with the 1.5 million doses of South Africa’s AstraZeneca vaccines that will expire in April, it would be better to use these for voluntary participants in the relevant priority groups rather than letting them go to waste. DM/MC

Emeritus Professor Jonny Myers is an occupational health and public health medicine specialist in the Centre for Environmental and Occupational Health Research at the Department of Public Health and Family Medicine at University of Cape Town.