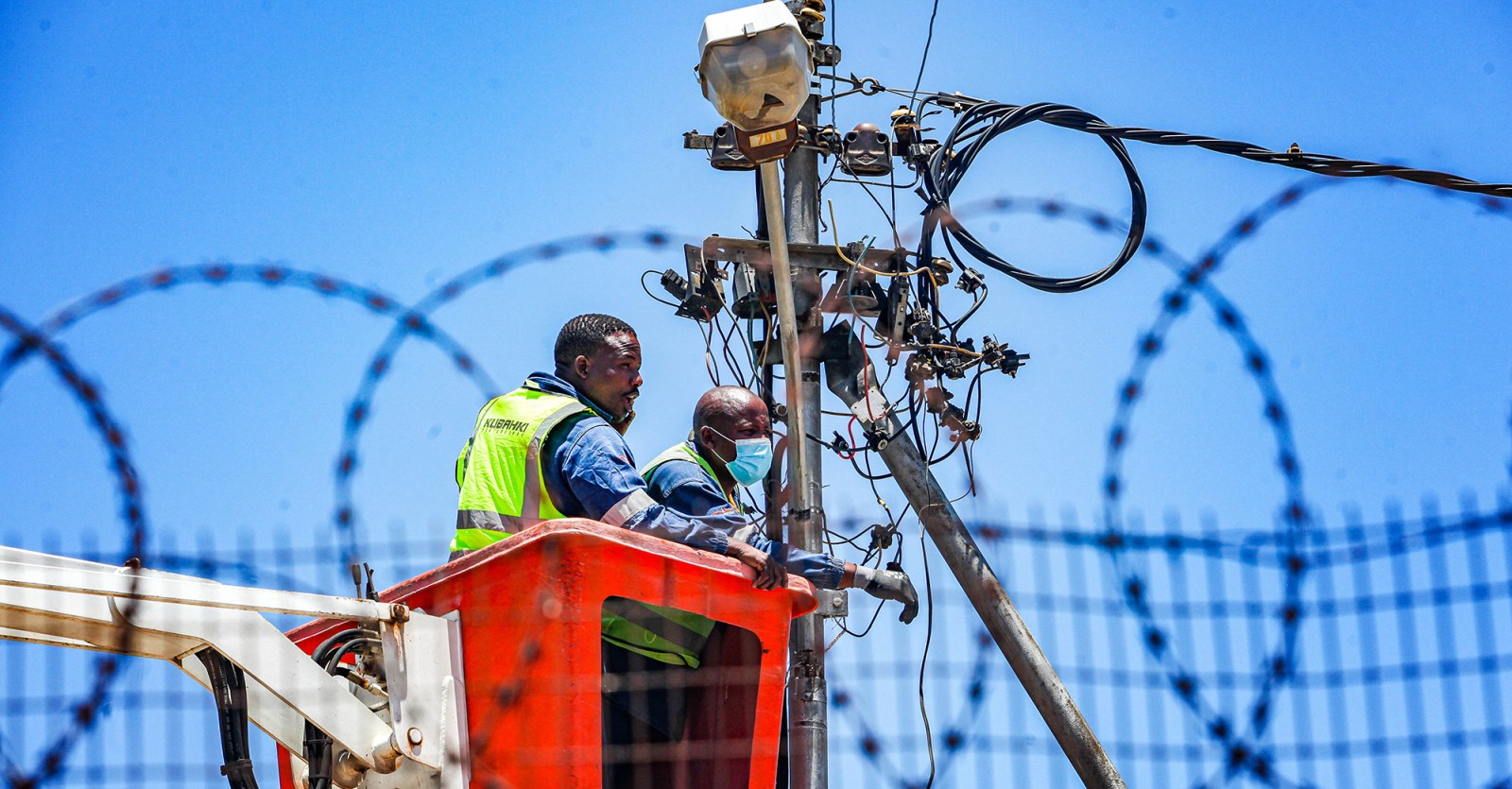 Attempts by City Power on Thursday to disconnect illegal electricity points in Alexandra failed after protesting residents blockaded entry to the River Park flats. The residents say they will keep connecting to the grid illegally until the power utility provides them with formal connection points and electricity meters.

In the middle of the busy London Road opposite the Alex Mall, north of Johannesburg, dozens of Alexandra residents wielded sticks and clubs as they burnt tyres and chanted angrily.

They were protesting against City Power officials accessing the River Park flats to cut off illegally connected electricity cables on Thursday morning.

The flow of traffic was disrupted during the protests.

Police moved in to speak to the residents and get them to remove the tyres. Residents said they would keep connecting to the power grid until their demands for legal electricity and other basic services were met.

The move by City Power officials was aimed at removing illegal electricity connections which cause overloading and power disruptions, and to recover lost revenue. But Thursday’s protests scuttled the move by the utility officials, who abandoned the operation to remove the illegal connections for fear of attacks by the crowd.

A resident, Paul Mziwa, said they were willing to pay only if city officials provided proper electrical structures and units.

“We are getting tired of these disconnections,” he said. “They only come  here when they want to cut the electricity and we can no longer accept it because it affects all of us.”

Another resident, Momoza Lwazi, said residents were being short-changed by the system.

“We need them to engage with us so we can discuss the issues instead of coming to disconnect us,” she said.

City Power spokesperson Isaac Mangena said, “Our job was to deal with illegally connected electricity being stolen by the informal settlement in that community.

“There are blocks of flats that were built and abandoned by the Gauteng province. The people occupying those flats decided to connect electricity from the nearest connection points.”

Mangena said apart from the money lost to the illegal connections, they are dangerous, especially to children, and three people in Johannesburg had died in recent weeks from electrocution caused by exposed wires.

Mangena said only about 4% of residents in the area pay for the electricity they consume. He added that there are about 211 informal settlements with 5,000 households across the City of Johannesburg and that most do not pay for electricity.

This was not the first time residents in the area had protested against disconnection attempts by City Power officials. In September 2020, residents burnt tyres and barricaded busy roads. Riot police used rubber bullets to disperse the protesters and utility officials were held hostage in Alexandra.

During a related electricity protest two years ago, officials of City Power were attacked by protesting residents in Klipspruit, Soweto.

“The truth of the matter is that the part of Alexandra that we went to today was not earmarked for electrification for this financial year. We have only four informal settlements across the City of Johannesburg that are earmarked for electricity for this financial year. We’ve got a budget of about R98-million for electrification in those four informal settlements,” said Mangena.

He said they would visit the community again on Friday alongside the MMC for Environment, Infrastructure and Development Services, Mpho Moerane, to engage with the residents and “basically talk to them about the issue of illegal connections”.

In a tweet on Thursday, Moerane said his office, alongside the City Power officials, was facilitating a conversation with residents to agree to a meeting that leads to the resolution of the issue in the community.

“[We need] to find a way on how we can assist the community to get legal electricity and to start the process with other departments that are involved,” Mangena said.

“The Department of Human Settlements and the provincial government will need to basically either proclaim those flats to be good for human habitat before we can put electricity, or to hand over those flats to the City of Johannesburg so they can decide and approve those flats as part of the human settlement that we can put services like water and electricity.” DM