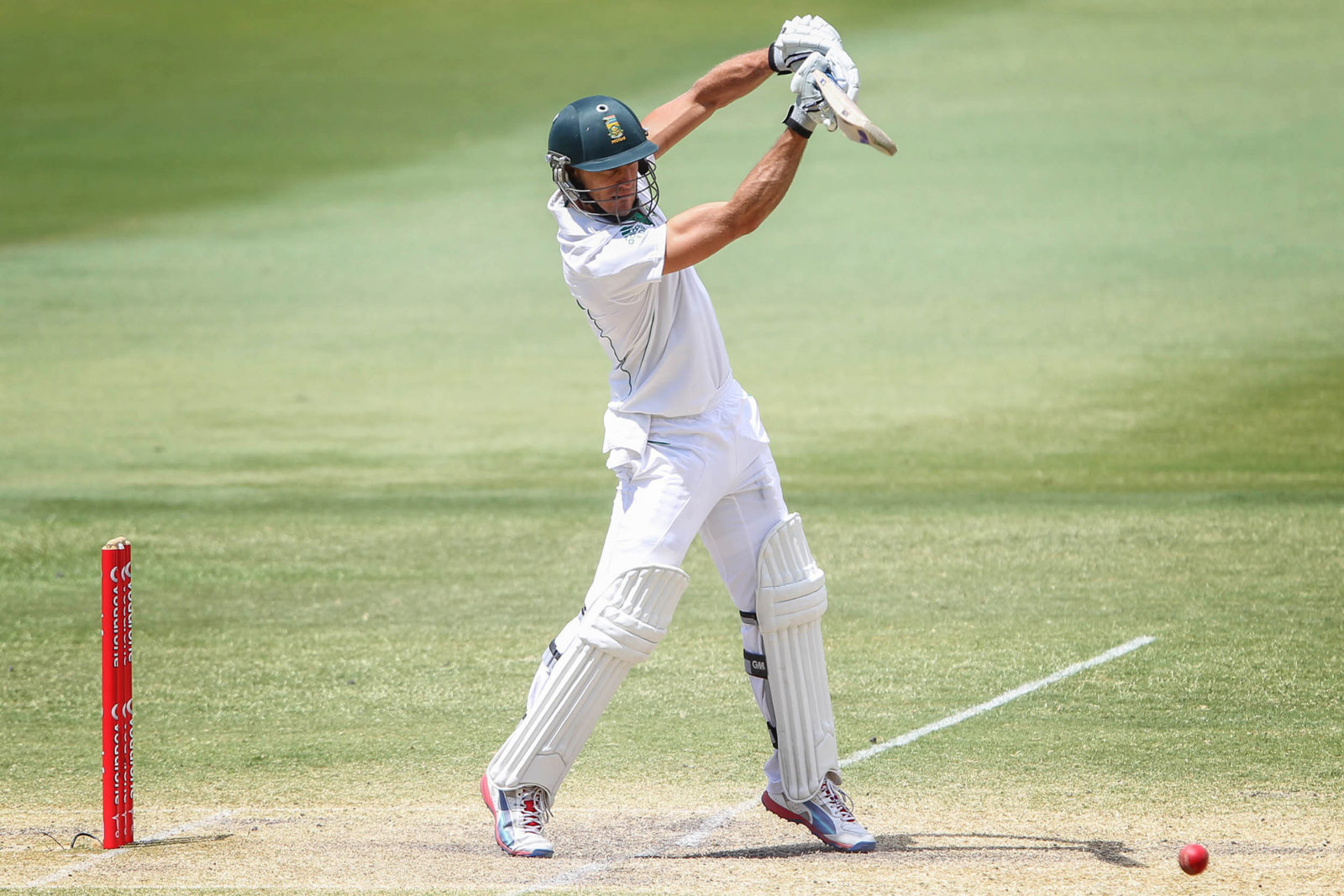 Faf du Plessis called time on a nine-year Test career on Wednesday to focus on T20 cricket. It was an unsurprising move, but it severed the final tie to South Africa’s brilliant Test team that held the World Championship mace in 2012.

The enduring image of Faf du Plessis as a Test cricketer was moulded in only his second innings in the most difficult format of the game, in the most trying of circumstances in late 2012.

After scoring a patient 78 in South Africa’s first innings against Australia in Adelaide, off 158 balls in nearly three-and-a-half hours at the crease, he showed signs of what was to follow.

Australia scored a mammoth 550, batting first in the match and South Africa managed to avoid the follow-on, scoring 388 with captain Graeme Smith leading the way with 122.

Australia batted again, leaving the Proteas the almost impossible task of scoring 430 to win or the similarly difficult job of batting out four-and-a-half sessions to salvage a draw. The Aussies must have thought victory was theirs with the Proteas on 77 for four at the close of play on the penultimate evening.

It was a knock of character and skill. He was dropped on 94, survived three reviews and sledged all day by David Warner and Ricky Ponting. If their comments went “over the line”, which the Aussies liked to define loosely according to their needs, Du Plessis never said. He just batted them into the dusty Adelaide Oval pitch.

That innings meant the series went to the decider in Perth still locked at 0-0. The Proteas won the Perth Test to record first-ever back-to-back series wins in Australia, retained the Mace and cemented their place at the best Test team in the world.

Character and skill have defined his career. He always backed his team and his spats with Australia, over “mint gate” and the infamous “shoulder charge” between fiery fast bowler Kagiso Rabada and Aussie skipper Steve Smith, will go down in folklore.

That century came on the back of severe Aussie criticism for the alleged use of sugar-laced saliva, gleaned from a mint sweet, to alter the state of the ball in the previous Test. It was all nonsense, but added to the rancour between the teams.

Du Plessis was fined his full match fee for the incident, and he further riled the sanctimonious Aussies when he was being hounded by reporters in Adelaide before the Test. He was pictured sucking on a mint again. It was top-class trolling.

When Australia came to South Africa in 2018, the series started spitefully, with Quinton de Kock and David Warner getting into an ugly confrontation in Durban. Du Plessis was already out of his whites when he heard the kerfuffle and wandered out into the hallway, wrapped only in a bath towel to make sure he witnessed what was happening.

Then Rabada was accused of “shoulder charging” Smith with the lightest of feathery touches as he was sending the batsman off, having just dismissed him in Port Elizabeth. Faf defended his big quick in the post-match media conference and in the days that followed.

The series eventually ended in farce after Smith, Warner and Cameron Bancroft concocted an ill-fated plan to use sandpaper to tamper with the ball at Newlands as the Proteas piled on misery. Like “mint gate”, this far more serious crime was first captured by the broadcasters.

It became the biggest crisis in Australian cricket history and all the while Du Plessis chose the high road when questioned daily in the immediate aftermath. He never missed a chance to express some sympathy for Australia’s plight while never letting up on the field. The Proteas won the series 3-1.

Du Plessis’ only notable misstep came when asked in early 2020 about black batsman Temba Bavuma’s relegation from the team and its implications for transformation. Du Plessis said: “we don’t see colour.”

That comment caused a huge backlash and months later when the Black Lives Matter (BLM) movement was revealing some sobering injustices in cricket, Du Plessis penned a mature take on the matter on his Instagram account.

“Good intentions were failed by a lack of perspective when I said on a platform that I don’t see colour. In my ignorance I silenced the struggles of others by placing my own view on it,” he wrote.

That mature ability to self-reflect and improve were traits he brought, and continues to bring, to his cricket as a player and captain.

“Faf’s commitment to the team has always been undoubtable and his transparency with Cricket South Africa (CSA) about his plans has always been appreciated and we respect his decision, knowing he would not have come by it easily,” Smith, now CSA’s director of cricket, said.

“Faf has been a prolific Test cricketer for the Proteas for a number of years now and to lose him in this format is going to leave another big gap in the team.”

Du Plessis has captained the Proteas at all levels, suffered heartbreak at the 2015 and 2019 Cricket World Cups, acted as mentor to youngsters and tried to guide the Test team through a transitional period.

After the 2019/20 home series loss to England, where his batting form suffered, Du Plessis “relinquished” the captaincy, although he never wanted to. He was escorted to the edge of a cliff, and then asked to jump. But he played on, acting as senior pro to temporary Test captain Quinton de Kock over the summer.

In all, Du Plessis played 69 Tests and captained the Proteas 36 times. He retired from Test cricket having scored 4,163 runs at an average of 40.02. Unlike many players, his batting didn’t unduly suffer when captain and he averaged 38.92 as skipper.

Having played all four Tests for the Proteas this summer — against Sri Lanka at home and Pakistan away — he was looking forward to a swansong against Australia in March. But after Cricket Australia pulled its team out of the tour because of Covid-19 fears, Du Plessis brought his retirement date forward.

“It has been a year of refinement in the fire for us all,” Du Plessis said in a statement. “Uncertain were the times, but they brought clarity for me in many respects. My heart is clear, and the time is right to walk into a new chapter. It has been an honour to play for my country in all the formats of the game, but the time has come for me to retire from Test cricket.

“If someone had told me 15 years ago that I would play 69 Test matches for South Africa and captain the side, I wouldn’t have believed them. I stand in a place of utmost gratitude for a career full of blessings bestowed on me. Every high and low has shaped me into the man I am proud to stand as today. In all things, those instances worked towards the good of who I believe I am today.

“The next two years are International Cricket Council (ICC) T20 World Cup years. Because of this, my focus is shifting to this format and I want to play as much of it as possible around the world so that I can be the best player I can possibly be.

“I strongly believe that I have a lot to offer to the Proteas in this format. This does not mean that One-Day-International (ODI) cricket is no longer in the plans, I’m just making T20 cricket the priority in the short-term.

“I will be in conversation with Cricket South Africa (CSA) over the next couple of months on what the future might look like for me over the next year to find a solution that works for both of us.” DM