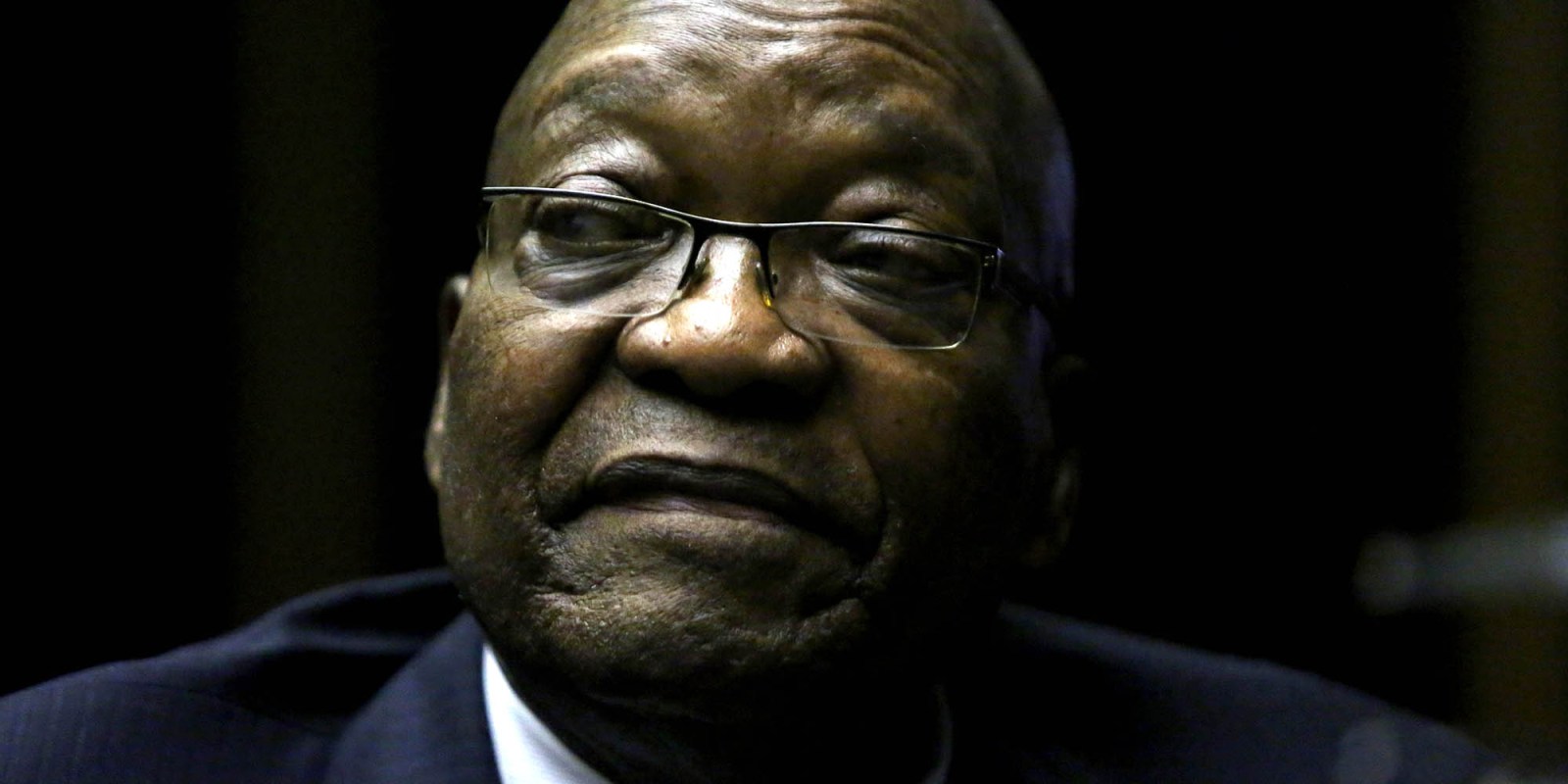 Jacob Zuma is emulating another former president, PW Botha, in dodging the harsh light of the truth.

Former president Jacob Zuma’s no-show before the Zondo Commission on Monday was not only “a direct breach of the rule of law”. It was also a denial of the constitutional rights of South Africans to hear the truth about State Capture, corruption and fraud under his administration from 2009 to 2018.

In his judgment of January 28 ordering Zuma to appear before the commission on February 15 – which Zuma defied this week – Constitutional Court Justice Chris Jafta said, “We must remember that this is a republic of laws where the Constitution is supreme.

“Disobeying its laws amounts to a direct breach of the rule of law, one of the values underlying the Constitution and which forms part of the supreme law.

“In our system, no one is above the law.”

By refusing to appear at the commission this week, Zuma showed he did regard himself as above the law.

But he also violated the constitutional right of every South African to the truth, according to the reasoning of the Helen Suzman Foundation (HSF). The HSF had appeared in the Constitutional Court case on January 28 as a friend of the court, supporting the Zondo Commission’s request for the court order – which it got – compelling Zuma to appear before the commission.

Advocate Max du Plessis, the HSF’s lead counsel, argued then that, “Systemic and grand scale corruption is a serious human rights violation impeding the state’s fulfilment of its constitutional obligations.”

And so, “The public has a collective right to truth in relation to State Capture, corruption and fraud, which may be inferred from a number of rights in the Bill of Rights, understood in light of South Africa’s customary international law obligations.”

He said South Africa’s transition from its dark past under apartheid to a constitutional democracy founded on dignity, equality, and human rights and freedoms was facilitated by the uncovering of the truth concerning human rights abuses by another commission of inquiry, the Truth and Reconciliation Commission (TRC).

To effectively uncover the truth, the TRC had been given coercive powers to compel the testimony of any person, without which its work would have been incomplete. South Africa had been “a proud trailblazer” because the TRC’s powers of subpoena, search and seizure, had been much stronger than those of other truth commissions. This has led to more thorough investigations and direct questioning of witnesses.

He recalled that the Reconciliation Act had made it a criminal offence for anyone to fail to attend the TRC when subpoenaed.

It had allowed no exemptions or exceptions for former leaders from the coercive powers of the TRC. And this had led to former president PW Botha being charged, prosecuted, convicted and sentenced for contempt for failing to comply with repeated subpoenas to appear before the TRC – even though Botha’s conviction had later been overturned on appeal on a procedural technicality.

This action against Botha had underscored the point that no one was above the law.

Du Plessis noted the Zondo Commission had similar coercive powers to those of the TRC to enable it to uncover the truth about State Capture, corruption and fraud.

Like Botha, Zuma was signalling that he believed he was above the law. By compelling Zuma to appear before the Zondo Commission, the Constitutional Court would be sending the same “crystal clear and constitutionally sourced message” that no one is above the law, as the TRC had sent in insisting on Botha appearing before it.

Ensuring Zuma was subject to the law like everyone else also gave effect to the public’s collective right to truth.

Du Plessis said that enforcing the coercive powers of commissions of inquiry helped uncover the truth and so gave effect to several constitutional rights and values.

And the right to truth emanated not only from these constitutional rights but also from South Africa’s international law commitments.

Du Plessis noted that section 39 (1) (b) of the Constitution obliged courts to consider international law when interpreting the rights in the Bill of Rights. In its Glenister II ruling the Constitutional Court had affirmed that this meant that the state must fulfil its international obligations also in the domestic sphere.

He cited in particular the customary international law “that states have an obligation to provide victims, those closely related to victims and the public with information about serious human rights violations”.

An explicit recognition of this right to truth was found in the United Nations Principles on Impunity; in statements by the UN High Commissioner for Human Rights; in resolutions by the UN General Assembly and the UN Human Rights Council; in decisions of regional bodies and courts such as the European Court of Human Rights, the African Commission on Human and Peoples’ Rights, the Inter-American Commission on Human Rights and the Inter-American Court of Human Rights; and in the proliferation of many truth commissions in countries where systemic or mass human rights violations had occurred.

Du Plessis said South Africa’s TRC had provided a model for truth commissions throughout the world and the Zondo Commission’s inquiry into State Capture “is a natural continuation of that important trend. It exemplifies South Africa’s response to years of state abuse and corruption, in search of a truth that the public is entitled to.”

And Du Plessis noted that “corruption has a pervasive and destructive effect on the ability of the state to fulfil, and of individuals to realise, a number of fundamental rights contained in the Bill of Rights. It does so by decreasing the funds available for public spending.

“In particular, corruption undermines the state’s ability to take progressive measures to fulfil the socioeconomic rights enshrined in the Constitution – impeding access to housing, healthcare, food, water and social security, among other things essential for human dignity. In this way, corruption threatens the fulfilment of many of the rights promises made by our Constitution.” DM