We won’t allow Zuma to be arrested or Ace to step aside, says Carl Niehaus 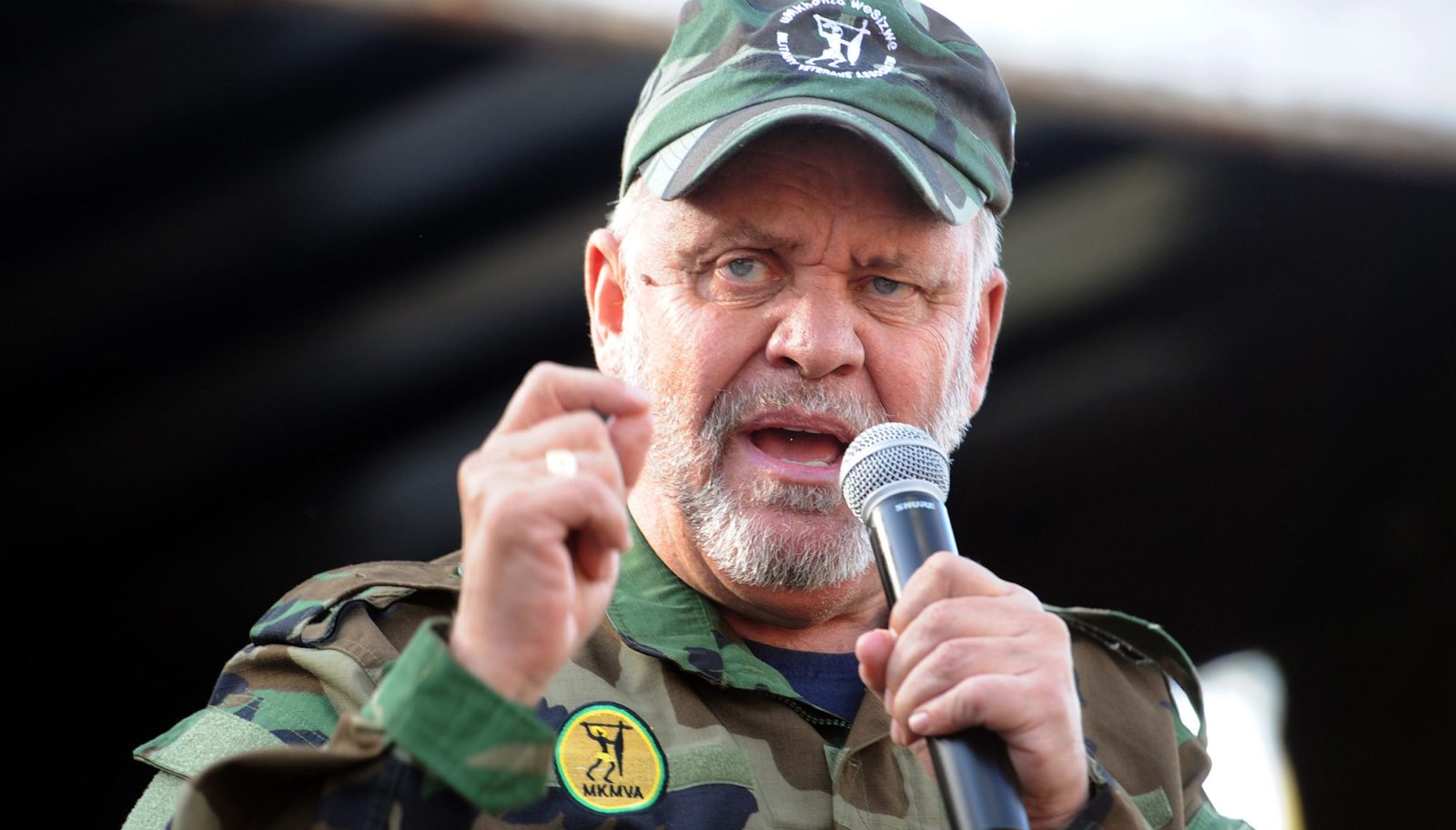 Supporters of former president Jacob Zuma and the ANC secretary-general have vowed to protect Jacob Zuma from imminent arrest and Ace Magashule from stepping aside.

“It is a very long statement, comrades, but we thought that we should give you the developments, the genesis of the persecution of Nxamalala [Jacob Zuma] in the past 20 or so years,” Gauteng leader and Umkhonto weSizwe Military Veterans’ Association (MKMVA) spokesperson Carl Niehaus said on Monday.

“We won’t allow Zuma to be arrested or [ANC Secretary-General] Ace [Magashule] to step aside,” said Niehaus.

Niehaus said the mainstream media and “White Monopoly Capital”-controlled media were avoiding the main issue of why Zuma had decided to defy the Zondo Commission and the Constitutional Court.

Niehaus pledged support for Magashule at the Bloemfontein High Court where he is due to appear on Friday on 21 corruption charges.

Earlier in the day, Zuma had indicated through his lawyers that he would not appear at the Zondo Commission where he had been summoned to appear.

In KwaZulu-Natal, Zuma’s supporters, including members of the ‘Radical Economic Transformation’ (RET) brigade, told Talk Radio 702 that they would prevent any attempt to arrest the former president.

“We are ready to put up a human shield against Jacob Zuma,” the group’s Nkosenhle Shezi said.

After it became clear that Zuma was not going to appear before the commission, its chair, Deputy Chief Justice Raymond Zondo, gave an elaborate account of the former president’s defiance of the commission and the Constitutional Court.

The commission concluded that the Constitutional Court would be the right authority to determine the punishment for Zuma’s defiance.

Niehaus said Zuma was not defying the Constitution but was protecting the commission.

The gathering, at the Booysens Hotel in Johannesburg, kicked off with the song “Asinalo uvalo ngalo Zuma,” (We have no fear in Zuma). The lyrics were juggled between support for Zuma and Magashule. The group then sang the Zuma anthem “Wenzeni uZuma?” (What has Zuma done?)

About 50 people attended in line with Covid-19 protocol, which allows gatherings of only 50 people.

“We are taking this move because war has been waged. Why are others involved in corruption not treated the same as Zuma? They want to kill him and we won’t allow that. All other presidents are enjoying their pensions but Zuma should enjoy his in jail or in a hospital bed,” said Sibusiso Hadebe of the Gauteng RET President Zuma Support Group.

“Why are they not challenging the current president to go to the Zondo Commission and say what happened to state-owned entities?” Hadebe asked.

Niehaus said the statement he was reading sought to bring to the fore the long history of “a declaration of war against Zuma” and that those waging the war must be exposed.

The group said there was a long-standing plan to prevent Zuma and the murdered South African Communist Party (SACP) General Secretary Chris Hani from becoming presidents of the ANC.

“For over two decades our country has witnessed the political targeting of Jacob Zuma. In the mid-1980s in discussions between the CIA and British intelligence – to be more specific, MI6 – there were discussions on who must never be allowed to become the presidents of South Africa when the African National Congress was to eventually gain power.”

Niehaus said Hani was targeted because of his unwavering and principled communist commitment.

He claimed Zuma was targeted because as head of intelligence of the African National Congress, he knew far too much about “Western intelligence agents” who had infiltrated the ANC.

“President Zuma, on the back of his huge popularity among the grassroots members of the ANC in the branches, was to rise through the ranks of the ANC to become president. And a vicious character assassination programme and propaganda campaign was unleashed on the back of politically trumped-up charges,” claimed Niehaus.

The Gauteng RET group said they would not allow Zuma to be arrested or Magashule to step aside.

“It’s time to throw down the gauntlet,” said Niehaus. DM