The tax on sugary drinks has worked – but it can achieve so much more, say researchers and civil society 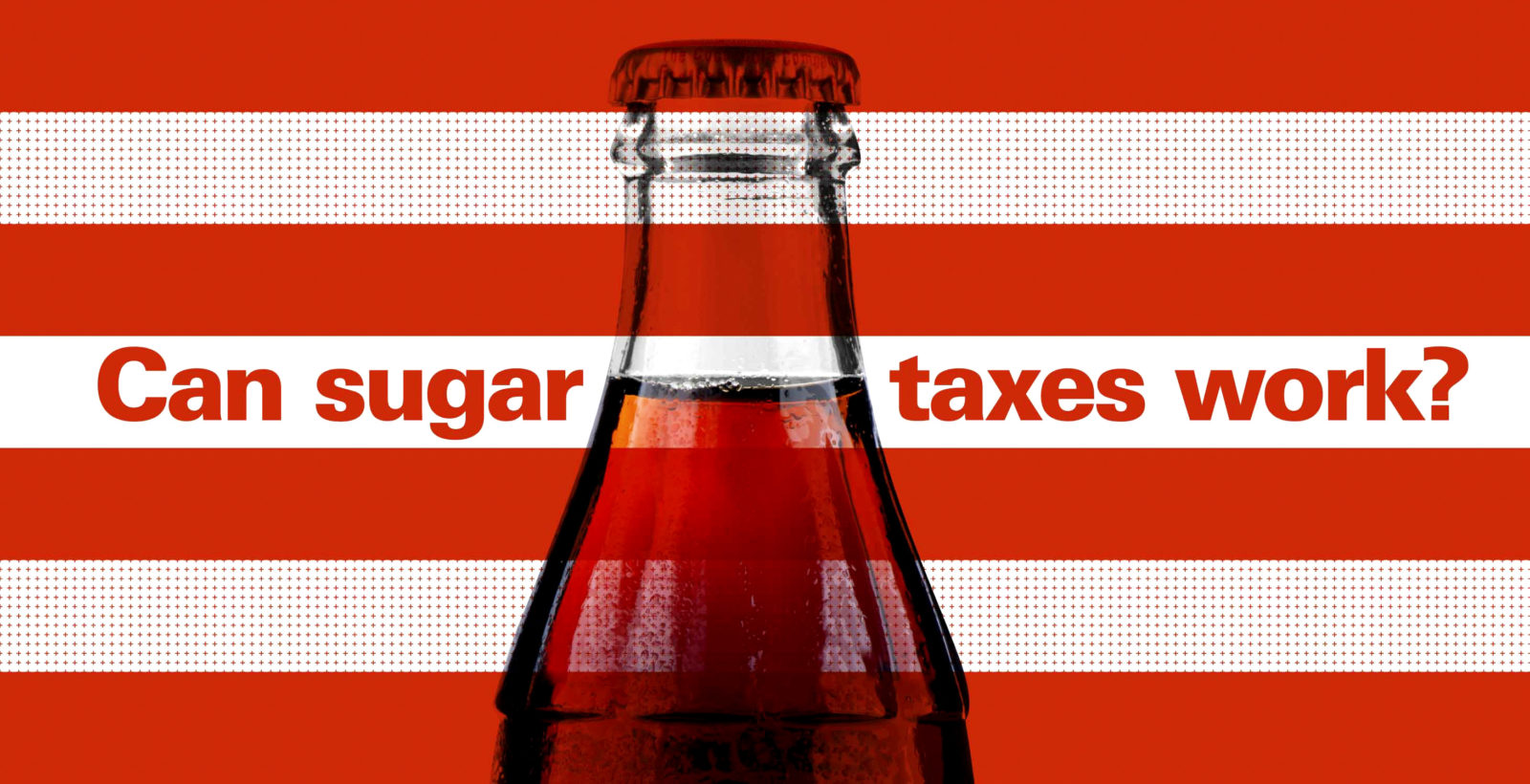 The Health Promotion Levy on sugar-sweetened beverages has raised billions for the government and drastically changed consumer and industry behaviour since it was signed into effect in 2018. (Photo: telegraph.co.uk / Wikipedia)

The Health Promotion Levy on sugar-sweetened beverages has raised billions for the government and drastically changed consumer and industry behaviour. If it was doubled, it could lessen the burden of comorbidities and provide cash to tackle the Covid-19 pandemic, argue researchers and civil society.

With just a week to go before Finance Minister Tito Mboweni delivers the national Budget speech, a panel of researchers and civil society discussed how the Health Promotion Levy could be used innovatively to find funds for the Covid-19 fight in the short and long run.

The webinar was facilitated by health journalist Pontsho Pilane on behalf of the Healthy Living Alliance and the Rural Health Advocacy Project on Tuesday 16 February.

The panellists agreed that the time to increase the Health Promotion Levy from 11% to 20% is now. This will help tackle the non-communicable diseases maiming and killing people in South Africa and could provide much-needed money during the current fiscal crunch. A 20% levy was proposed in 2017, but was slashed following negotiations between the industry and National Treasury.

All of those on the panel emphasised that this tax has worked, arguing that it has decreased sugar consumption while raising revenue for the government.

In 1994, South Africa shifted from using excise tax to generate revenue to using it only to influence consumer behaviour to improve public health, said Professor Corné van Walbeek, a professor at the School of Economics at the University of Cape Town as well as the director of the Research Unit on the Economics of Excisable Products.

This was the case with the excise tax on cigarettes and alcohol, and both had been “incredibly successful” in reducing consumption. In the case of alcohol, the alcoholic content is taxed and not the volume of the drink as a whole. “What this does is create an incentive for the producers to decrease the alcoholic content,” he explained.

This reformulation was a goal of the Health Promotion Levy introduced in 2018.

“This tax is levied not on the volume of the sugary beverage, but on the content of the sugar in the beverage… Currently, the first four grams per 100ml of the sugary drink are not taxed. Each subsequent gram is taxed at about 2.5c/g of sugar. The incentive is there for companies to reduce their sugar content ideally below 4g,” he said. This has resulted in the reformulation of some products and they have become less harmful because they contain less sugar.

The levy has increased the price of sugar-sweetened beverages. It has also reduced the sugar content and container size of these drinks, said Professor Karen Hofman, the director of PRICELESS SA, a research team based at the Wits School of Public Health.

Nationally, the purchase of these drinks in urban households has fallen by 51% since the levy was introduced. Hofman also pointed to a study of Soweto youth, which showed that the frequency of sugary drinks intake among “heavy consumers” fell from 10 beverages per week before the tax to four per week one year after the tax was introduced.

Before the pandemic, South Africa spent R13.2-billion a year on covering the costs of caring for those with diabetes and hypertension.

The levy has raised R5.4-billion in revenue for the government since it was signed into effect, said Lawrence Mbalati, the head of the Health Living Alliance.

Health taxes are important for the fiscus, says Van Walbeek. “The government’s financial system does not fully depend on excise taxes. The alcohol, tobacco and sugary drinks taxes comprise 3.5% of total government revenue, but nevertheless this is a substantial amount.”

“It’s always important to remember that taxes are fundamentally political. I think the Health Promotion Levy is an outstanding example of South African democracy,” said Michael Sachs, an adjunct professor at the University of the Witwatersrand and former head of the National Treasury’s Budget Office.

“Democracy provides us with a place where Treasury, academics, business and labour can engage in Parliament and arrive through deliberation and persuasion and balancing interests at a solution that works. I think that is certainly what happened with this levy and will likely happen when we deliberate the increase.”

He emphasised that this tax’s primary aim is not to increase revenue, but to change behaviour.

The levy is “… a policy measure implemented through the tax system which is meant to change behaviour. If we think of it like that, it has been a success. It is still too early to conclude that the revenue from this tax is on a declining path. In a sense, we want revenue to decline because we want behaviour to change. Taxes do change behaviour and the design is important.”

However, there is much more the levy can achieve if it is doubled and expanded its scope, the panellists argue.

The levy does not include nectars and any juice drinks, despite the fact that fruit juices contain more sugar than a regular soft drink, pointed out Hofman. She adds that a glass of freshly squeezed orange juice comes from about five oranges – which equals 10 teaspoons of sugar. A 330ml Coke or equivalent is eight teaspoons.

Doubling the levy to the original recommended rate could result in long-term impacts on weight gain and reduce the risk of diabetes, hypertension and other non-communicable diseases, says Hofman. The burden of these diseases continues to grow, so the levy “is not high enough” and Covid-19 has emphasised the importance of preventive policies.

Before the pandemic, South Africa spent R13.2-billion a year on covering the costs of caring for those with diabetes and hypertension.

“Before Covid, the wards of South Africa were not only filled with people who had suffered trauma but people who have diabetes and have lost their legs. They have at least five amputations before they die. The cost is expected to increase to R35.1-billion by 2030. That’s about 7% of the country’s GDP – it’s not insignificant,” Hofman said.

The revenue raised from the levy is “soft ring-fenced” to increase spending on health promotion, said Sachs. Ring-fenced funds are reserved for spending in a particular area of government policy or project.

He suggested that the increased levy could be used to support the school nutrition programme so that it is ramped up and not entirely dependent on schools being open.

A doubling of the levy could contribute R2-billion to government revenue now, said Mbalati. This would be enough to employ thousands of additional healthcare workers. In the long term, it will reduce the amount of sugar people consume and decrease their chance of developing a non-communicable disease. This would reduce their risk of dying from Covid-19.

Mbalati emphasised that the upcoming Budget speech is an opportune moment for the National Treasury to make this change. He said there has been no evidence to date to prove the industry’s claims that the levy results in job losses. The Healthy Living Alliance is calling on the Treasury to make this change “to save lives now and in the future”. DM/MC

Biénne Huisman for Spotlight • 20 hours ago