Smith goes in to bat for Proteas players, while CSA interim board stays on 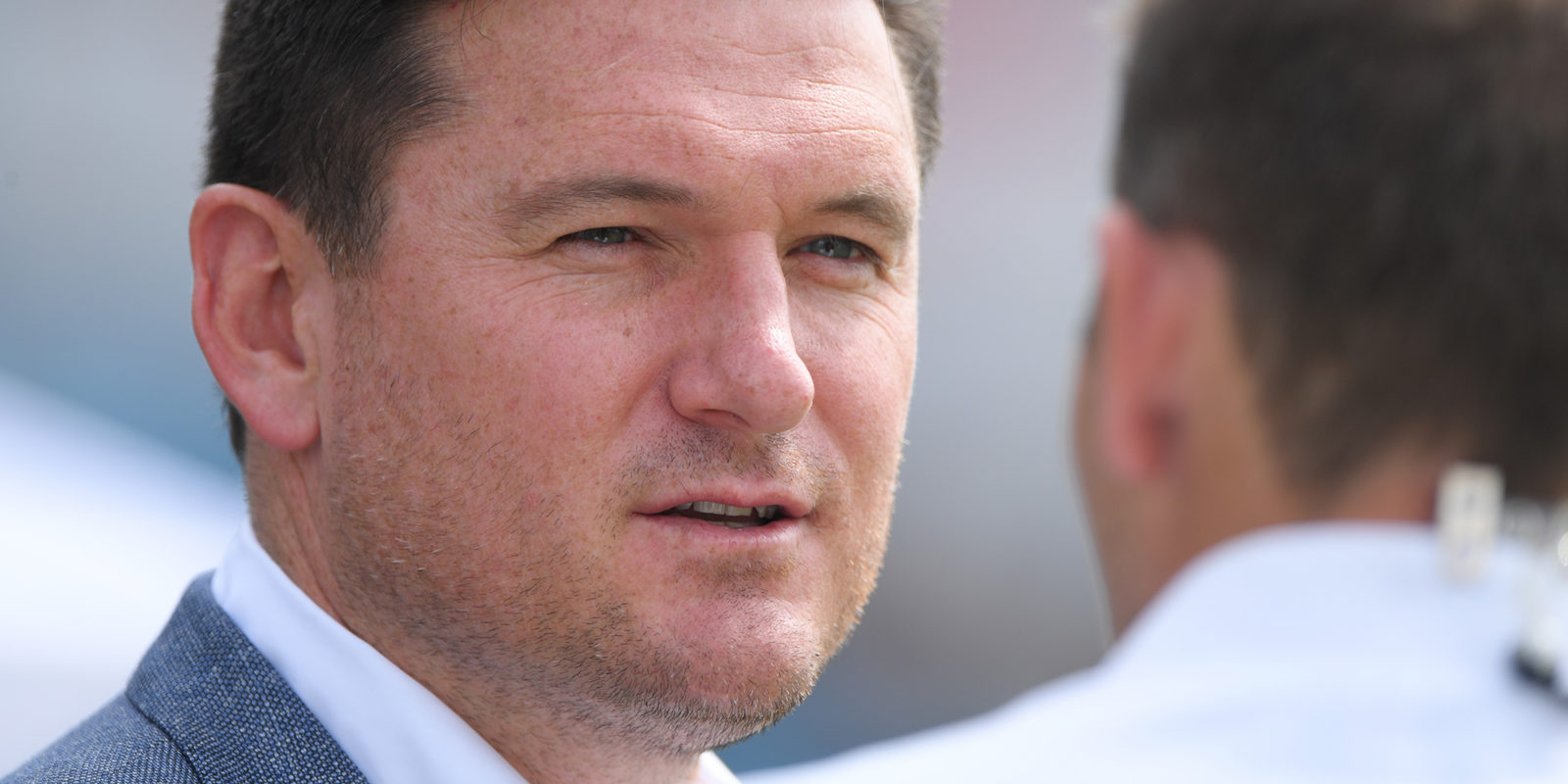 The hole left in the Cricket South Africa calendar by Australia’s decision to abandon their scheduled March tour of South Africa has strained relationships between the countries, but it’s time to move on.

Cricket South Africa (CSA) Director of Cricket Graeme Smith was never one to shy away from confrontation when he was skipper of the most successful Proteas Test team of all time. That battling, belligerent and frankly, aggressive, streak might have had the rough edges smoothed in the boardroom, but the fighter still lurks beneath the surface.

Smith, who took on the job at one of the most difficult times in CSA’s history, knew it would be tough. CSA was in the middle of a leadership meltdown that led to government intervention and the dissolution of the entire board of directors.

If that weren’t bad enough, Covid-19 struck, which created operational and high-performance turmoil. Tours have been cancelled, postponed and subjected to a level of biosecurity never before imagined, let alone seen.

Yet, somehow the game continues, and Smith is central to keeping South Africa’s national teams and provincial players on the field, in some way, shape or form. That task is made almost impossible at international level when opponents are reluctant to fulfil their fixture obligations because of fears over Covid-19.

After successfully hosting the Pakistan women and the Sri Lanka men’s teams for series in South Africa recently, all was set for Australia’s three-Test tour to South Africa. It was to be the summer’s focal point. And then Cricket Australia (CA) pulled out and sent the season into a tailspin.

The incident has soured relations between the national bodies because there was little more that CSA could do, short of finding a cure for the coronavirus, to appease the Aussies. Australian players simply didn’t want to tour South Africa. No amount of bio-bubble security and governmental red carpet treatment was going to sway Australia’s players from their real priority of appearing in the more lucrative Indian Premier League (IPL) in April.

Widening gap between haves and have-nots

It’s a situation that underlined how the Big Three of India, England and Australia have used the pandemic to further distance themselves from the rest of the cricketing world.

India rules the game and plots its course to suit its needs. But India does need some opposition. England and Australia have latched on to the emperor’s coattails with greedy claws while the rest of the cricketing world is forced to lie down in the path of the oncoming trio, hoping for scraps.

By pulling out of the South African tour, CA left CSA with a massive hole in the calendar and seething anger. Smith has been at the forefront of finding solutions to fertilising the resultant fixture wasteland.

“The relationship [between CSA and CA] is definitely strained at this stage,” Smith told the media in a wide-ranging interview on Monday.

“There’s an effort, certainly from our side, to engage and to set up a meeting at board level now. I believe that Covid is even amplifying the [discrepancy between the] haves and the have-nots, the relationships across the board and how cricket’s future landscape is going to be handled.

“The Future Tours Programme (FTP) is going to be a hugely challenging thing with potentially eight ICC tournaments in eight years, an extended IPL and a lot of the calendar dominated by India, England and Australia. It makes it extremely challenging for the rest of the member nations.

“And when things happen, like they’ve just happened, it amplifies that stress on nations like us and the other members that are looking for good content. Certainly, engagement needs to happen to improve things between South Africa and Australia.

“The game needs leadership right now,” Smith continued. “It needs to understand the complexities. I don’t think world cricket wants three nations competing against each other in 10 years’ time. How does that benefit the game? It doesn’t.

“I think that will then amplify the [T20] leagues, and the leagues will just get bigger and bigger and bigger. And probably the rest of the member nations will have little to no content. The challenges have been fast-tracked because of Covid. These issues are becoming more and more relevant. The ICC was caught a little off guard.”

Because of CA’s decision, Smith and his team have been scrambling to find solutions to give South African players and vitally, broadcasters, meaningful competitions to fill their time.

The Proteas have just completed a tour of Pakistan and the latter have agreed to extend their reciprocal white-ball tour in April to include three T20I internationals.

Pakistan’s seven-match tour though, will overlap with the start of the 2021 IPL, in which up to 10 leading South African players will be involved. Smith spoke of prioritising South African cricket, and hinted that contracted CSA players would be forced to stay home to fulfil their national obligations before joining the IPL roadshow.

For a tournament that now provides about 30% of all cricket’s global revenue, pulling star South Africans out of the IPL would be a virtual declaration of war by CSA against India. There would be only one winner.

“We need to invest in South African cricket and it needs to come first, but it’s more complex than that,” Smith said when asked about players’ participation in the IPL.

“We also have made a commitment to the IPL over years, to release our players to them. There’s been a window that we’ve committed to as CSA. It’s been in the calendar for ages. It is something we’ll need to robustly debate and make a decision in the coming days.”

South Africa’s leading players have also been instructed to turn out for their franchises in the second half of the national four-day competition in March. That helps fill the void left by Australia, especially as an agreement with broadcaster SuperSport has been reached to show most of those games live on TV.

While Smith and his team try to find playing solutions to the global crisis, Sports Minister Nathi Mthethwa has extended the term of the interim board by two months.

The interim board, which was appointed to address the governance collapse at CSA, was due to complete its work by 15 February. But it requested more time, as disciplinary hearings with suspended company secretary Welsh Gwaza and acting chief executive Kugandrie Govender are ongoing.

The most important issue though, that has to be completed, is the drafting of a new Memorandum of Incorporation (MOI). This is the document that formalises the governance of CSA and the one that needs to be altered to reflect some key changes.

The Members’ Council is made up of elected officials, who often have politically motivated mandates to fulfil, which are often contrary to the commercial practical needs of the CSA’s board.

The interim board has spent the past three months picking apart many aspects of the CSA’s organogram. The leadership needed to be streamlined to allow CSA one decision-making authority. That has to lie with a permanent board consisting of a majority of independent directors.

This notion of a majority of independent directors is not a new one. In 2012, Judge Chris Nicholson led an investigation into the CSA following a scandal involving former chief executive Gerald Majola. His conclusion was that the CSA board needed to be majority independent. It was never fully done.

It is the priority of the interim board to change the MOI, and as a consequence, for the Members’ Council to clip its own wings. It is vital because unless there are structural changes at CSA, the same governance failures are almost sure to occur again. DM