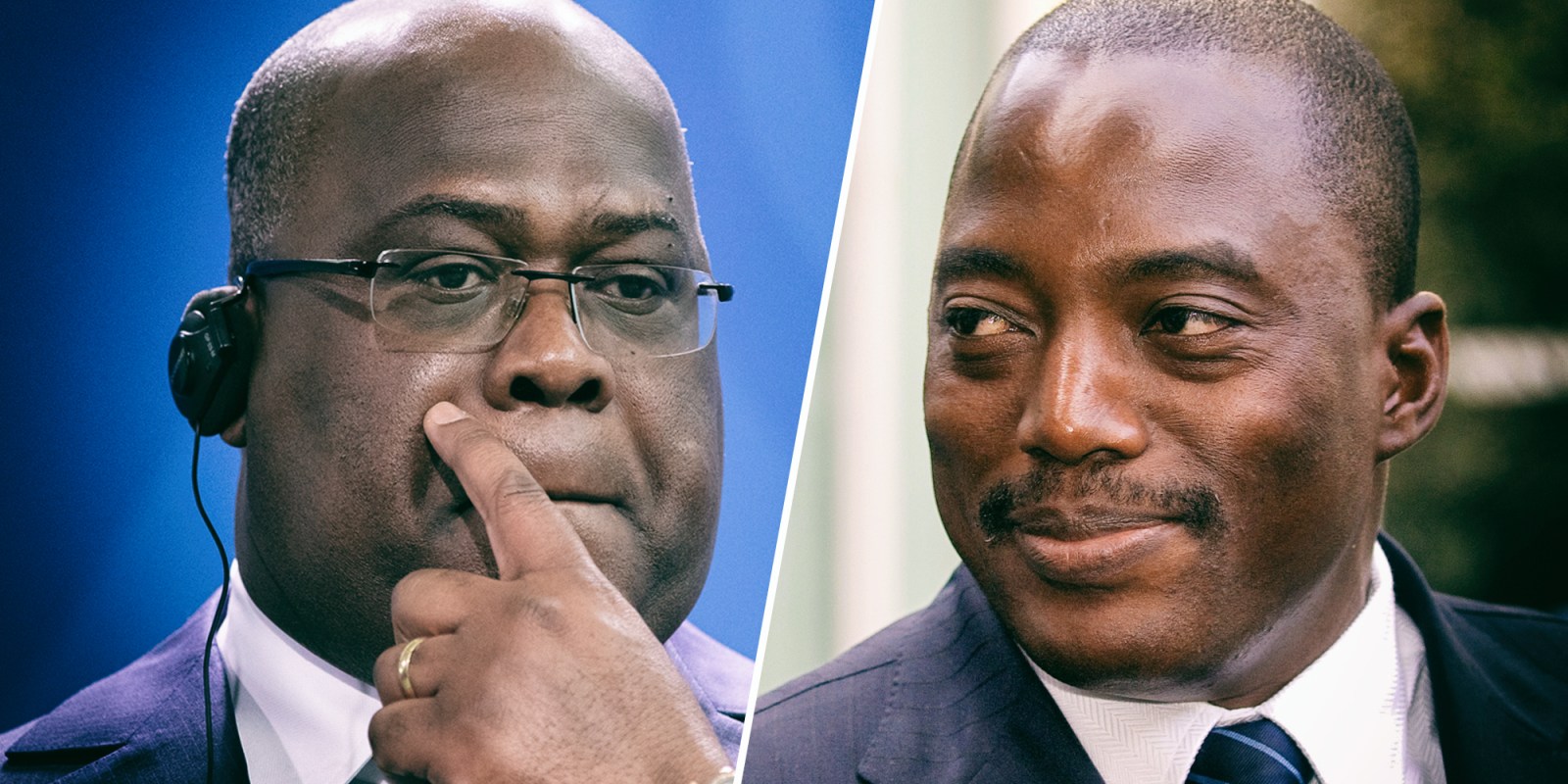 The Tshisekedi-Kabila split affirms the power of incumbency at the expense of the rule of law.

Two years after winning the historic 2018 election, Democratic Republic of the Congo (DRC) President Félix Tshisekedi recently dismantled the governing alliance he’d sealed with former president Joseph Kabila. But who will benefit from the new political dispensation – the office of the president, or the rule of law in the DRC?

The latest developments in the country illustrate several trends in Congolese and African politics. They show how political actors invest more resources in the conquest of power than exercising it legitimately and effectively.

The new power arrangements are still taking shape, but the end of the coalition marks the failure of a turbulent experience of cohabitation between a presidency and a parliament controlled by different parties.

Ideally, the Front commun pour le Congo–Cap pour le Changement (FCC-CACH) alliance could have resulted in productive cooperation between parliament and State House. This would have broken with the trend in most of the region’s countries whereby one party controls all the layers of power.

The main reason behind this failure is Kabila’s likely ambition to run in the next presidential polls. As a result, the FCC-dominated parliament that emerged from the 2018 elections never aimed to control government’s actions in terms of effectiveness. Rather it sought to ensure that government, particularly the prime minister, balanced Tshisekedi’s power with the help of the National Assembly.

Kabila didn’t have any interest in seeing Tshisekedi succeed, as this could have hampered his own prospective run for president. The coalition could perhaps have worked had Kabila not nurtured such ambitions, which clashed with Tshisekedi’s.

The failure of the FCC-CACH alliance is symptomatic of two factors. Firstly, incumbency matters in Africa. Regardless of constitutional checks and balances, the person occupying the presidency possesses an unlimited advantage both domestically and internationally. Presidential power remains the axis from which most political dynamics in the country and beyond originate.

Paradoxically Kabila – who benefited from an expansive range of presidential powers – ended up overestimating the weight of the rule of law and regulations in his attempt to remain the strongman behind the throne.

Second, regional recognition comes with nuances. International acceptance of the arrangement between Tshisekedi and Kabila may have led the former to overestimate his support within the region and beyond. At the African Union consultative meeting in Addis Ababa in January 2019, most of the DRC’s neighbours opposed the arrangement. The deal was finally ‘saved’ by South Africa’s recognition, which was then a minority position among the states attending the meeting.

Compared to other countries in Central Africa, the DRC’s constitution appears far more balanced in the devolution of powers between a directly elected president and a prime minister coming from the parliament’s majority.

However, as recent developments show, the presidency remains the ultimate decision-making centre. Does this perhaps aggravate existing structural flaws seen in Congolese politics over the years? To dismantle the FFC-CACH alliance, Tshisekedi clearly took advantage of the political opportunities offered by Congolese politicians’ inclination towards what locals call ‘transhumance’.

Drawn from a pastoralist form of seasonal mobility, ‘political transhumance’ refers to the ease with which political actors shift allegiances based on material, and not ideological, incentives. For example, Modeste Bahati Lukwebo, Kabila’s economy minister, would probably never have joined Tshisekedi’s camp had his former boss chosen him as candidate for the senate presidency.

Herein lies the dilemma facing Tshisekedi. He may well be able to form a new majority, but it would still mostly comprise Kabila’s former supporters. Despite numerous doubts about their credibility, the 2018 presidential election results indicated that two-thirds of the electorate voted against Kabila’s candidate, Emmanuel Ramazani Shadary.

Ultimately though, Kabila’s supporters will still constitute the bulk of the parliamentary majority from which the future government will be formed. This shows that the main party in the DRC happens to be neither FCC nor Tshisekedi’s Union for Democracy and Social Progress (UDPS), but rather political opportunism.

Developments in the DRC seem to follow the entrenched regional trend of bending laws for the sake of scoring political goals. As some pundits have observed, the constitutionality of Tshisekedi’s judicial appointments that sparked the rift between the two allies was questionable. Recent efforts to consolidate Tshisekedi’s power will mean nothing if they merely lead to a new phase of Big Man politics with a lame-duck parliament.

It remains unclear which institutional safeguards exist to ensure that the restored ‘chain of command’ doesn’t replicate the flaws of previous administrations in the DRC. The jury is still out as to what the planned reforms, especially of the electoral commission and the judiciary, will achieve.

Will they ensure that citizens’ voices are heard? Or will they merely result in the appointment of personalities close to the presidential party, in order to bend institutions and ensure electoral wins in future polls?

Such doubts are understandable, given that governance under the new president doesn’t seem to fundamentally break with past practices. Having spent several decades in the opposition, Tshisekedi’s UDPS is struggling to adjust to a status of ruling party.

It maintains a base that could fuel the type of ethnic polarisation that’s often characterised political divisions in the DRC. Moreover, the management of the 100-days special projects demonstrated serious deficiencies in financial accountability, effectiveness and efficiency.

Getting rid of Kabila’s influence by poaching his supporters cannot be the endgame for Tshisekedi and Congolese political stakeholders. Congolese citizens must ensure that the ongoing changes lay the groundwork for better public scrutiny and an accountable executive. This includes constitutional requirements for decentralising power. Otherwise, the current political reconfiguration could result in more of the same at their expense. DM