Business is now (narrowly) the most trusted institution in South Africa, survey finds 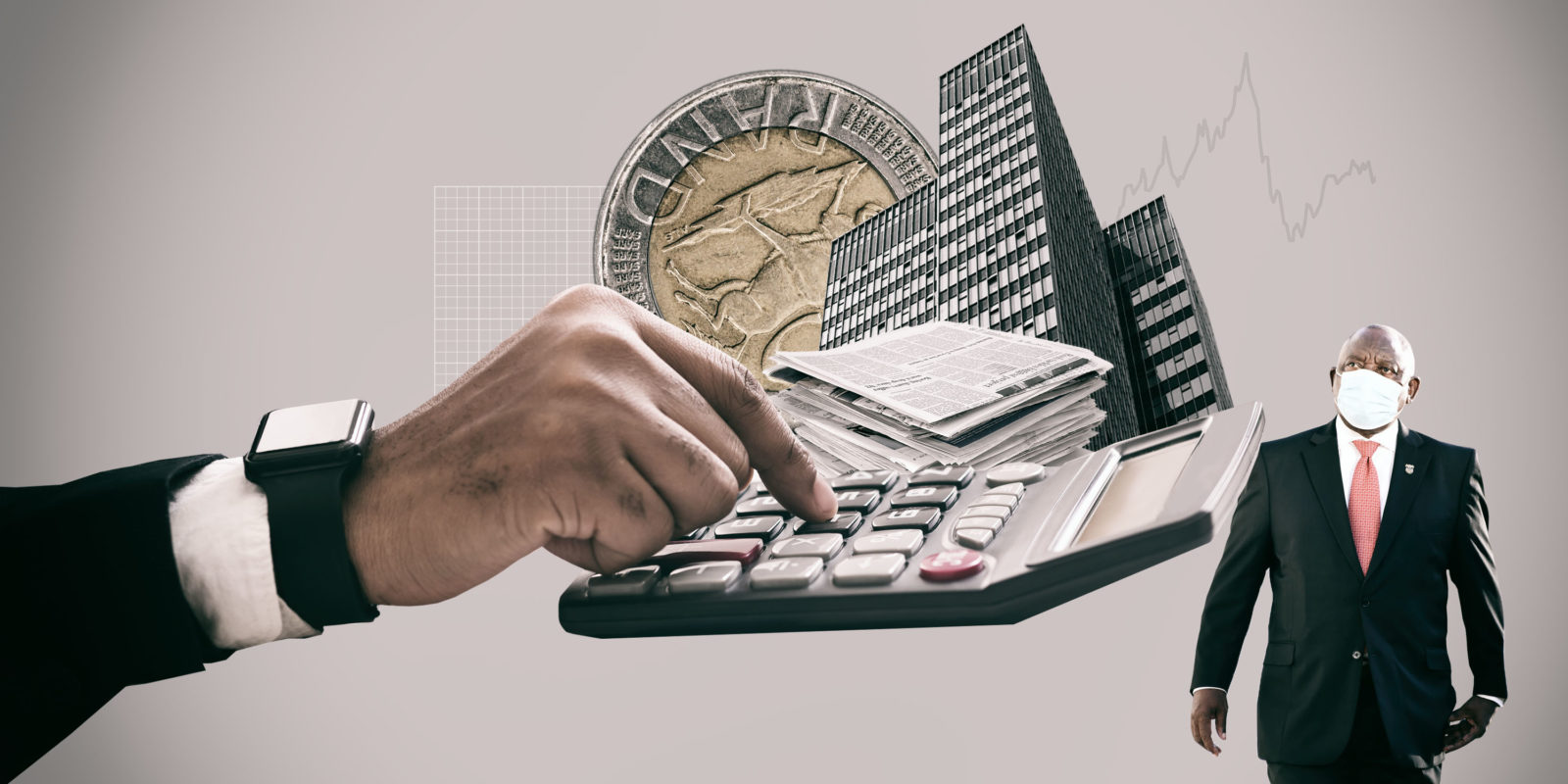 This year, the results are particularly significant because of the coronavirus pandemic, and, for what it’s worth, global trust is a little higher. SA’s results were interesting too because for the first time, business is the most trusted major institution of the four pillars of society, and the government rose too from a very low base.

It’s a major conventional wisdom of our age: trust in institutions is fading. Sadly, the one main global survey into this topic underlines this adage with venom.

The Edelman survey questions a little more than 33,000 people in 28 countries, and the topics are the four major institutions of society. It will shock nobody to know that the rating of the media is at an all-time low.

But it might surprise some to notice that the reputation of governments, around the world, is in an absolutely dire state. The institutions that people around the world are turning to are business and NGOs.

In the South African leg of the survey, trust in business actually overtook NGOs very narrowly for the first time. Shows what a few billion-rand donations can do for the reputation of an institution. 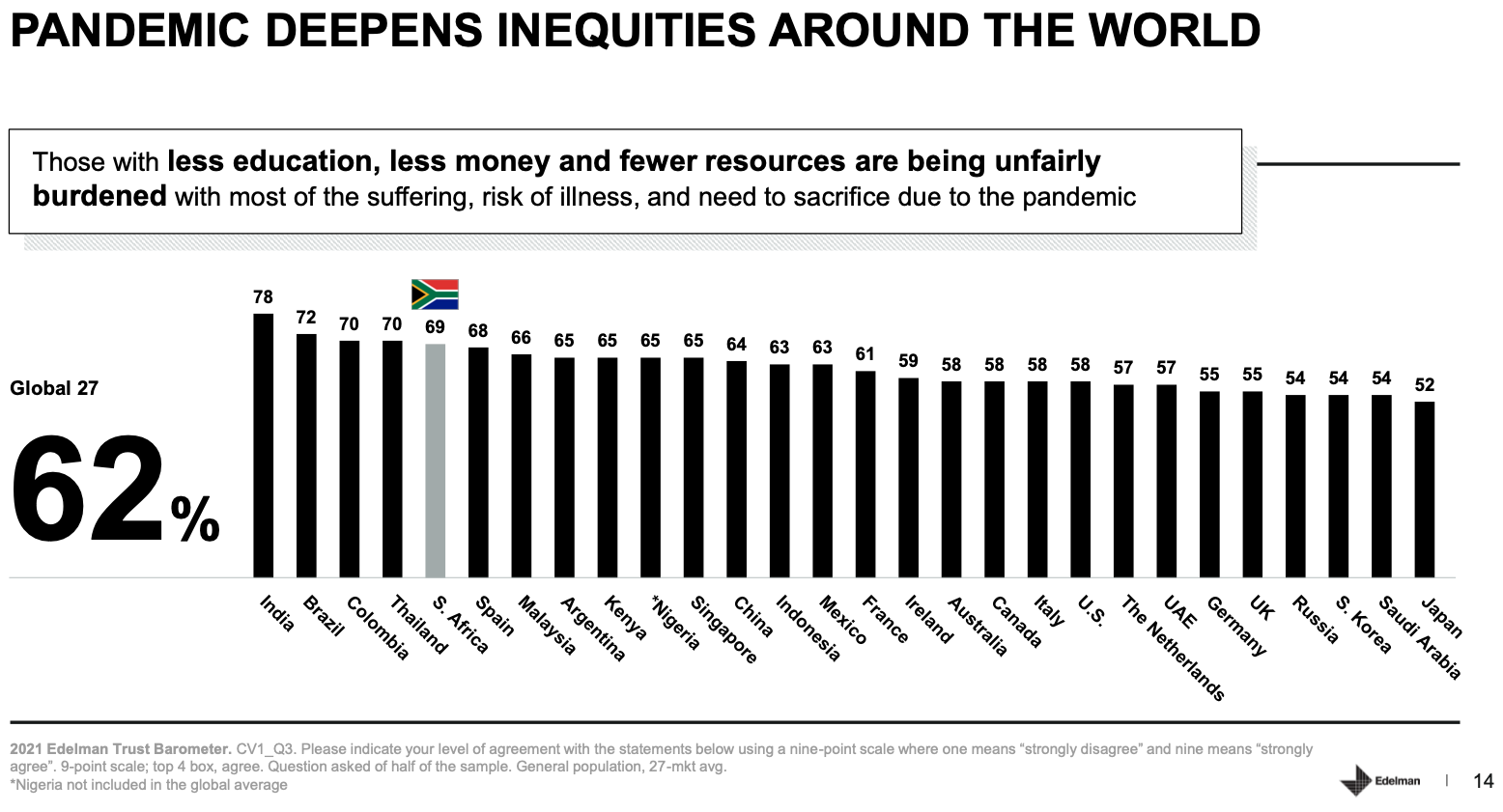 Business and NGOs are now twice as trusted as the government in SA, even after the government got a healthy bump in the latest survey. And trust in business is not even very high in SA compared with other countries in the survey.

But this is something of a double-edged sword, for a number of different reasons. For example, when asked, “Do you think our government leaders are purposely trying to mislead people by saying things they know are false or gross exaggerations?”, 72% of South Africans said yes.

Furthermore, inequality is becoming an increasingly intense trust issue, and asked whether capitalism was working for them, 56% of respondents in the global survey said “no”. Clearly, trust in business leaders is a relative issue.

Not that it’s saying much, but twice as many South Africans trust journalists than they do leaders in government “to do the right thing”, even after a big decline in 2020. 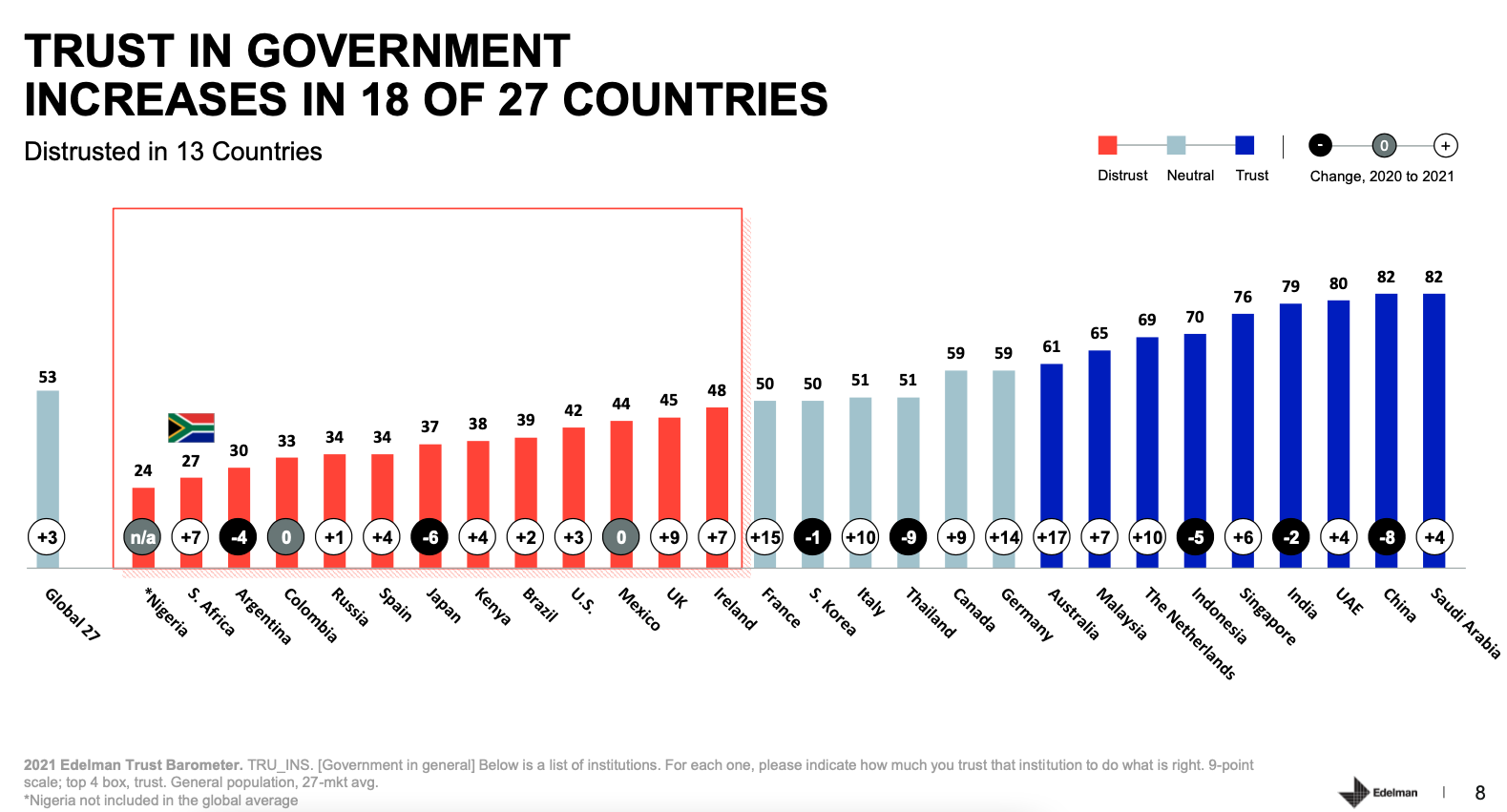 There is an interesting balance in trust between ethics and competence which breaks down the way you might expect, with businesses more competent but less ethical than NGOs. Both score massively higher than the government on both measures.

Jordan Rittenberry, CEO of Edelman Africa, said the coronavirus pandemic has brought on one of the most uncertain periods in modern history, raising fears and increasing the urgency to address foundational problems and deepening inequities in the country.

“In fact, job security has emerged as an even greater concern than contracting Covid-19.” 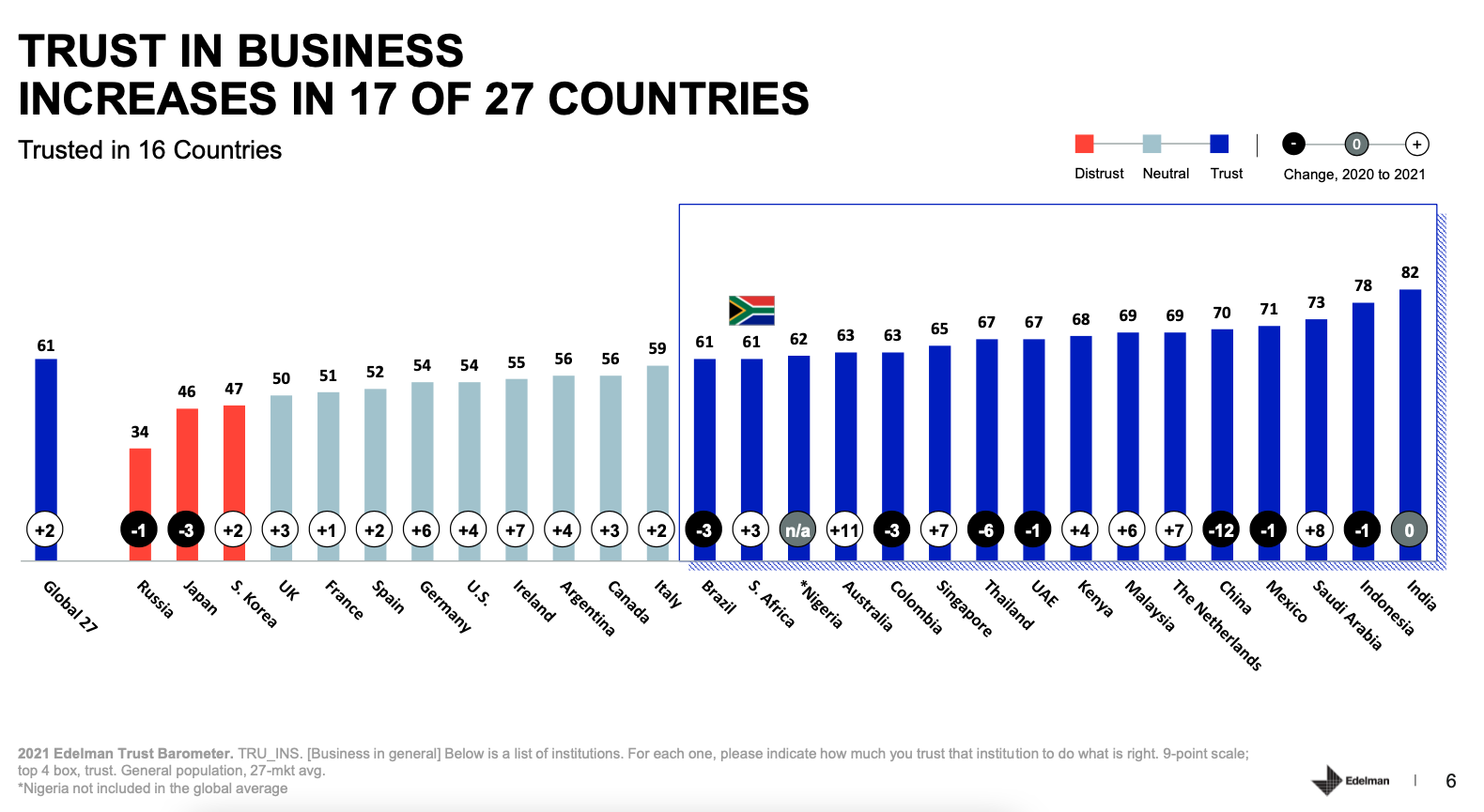 South Africans overwhelmingly believe that the crisis has made the country more unequal. More than half of the respondents say their workforce has been scaled back amid the pandemic. Now, people are increasingly looking to employers to offer upskilling and training opportunities.

“In this context, more than three in four South Africans believe that CEOs should fill the gap where government does not adequately address societal problems. And as many as 95% of respondents want CEOs to publicly speak out on a range of issues, including the impact of the pandemic,” he said. DM/BM