CSA board has very little time to complete its job 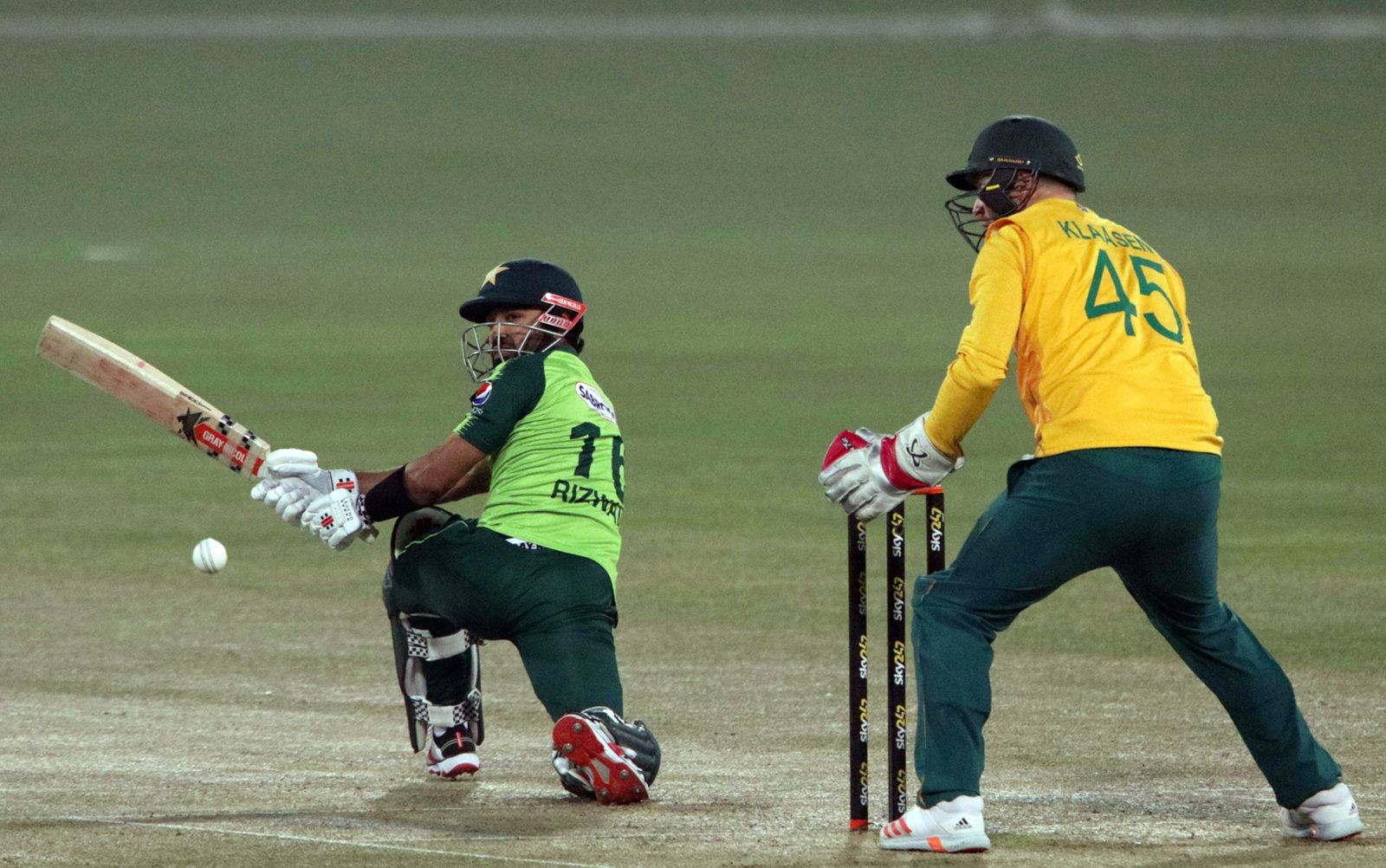 Pakistani cricketer Mohammad Rizwan plays a shot during the first T20 cricket match between Pakistan and South Africa in Lahore, Pakistan, 11 February 2021. The South African cricket squad arrived in Pakistan for their first tour consisting of two Test and three T20 matches after a 14-year break. Daily Maverick has learned that CSA interim board members will meet with Sports Minister Nathi Mthethwa on Monday 15 February under a cloud of board suspensions. (Photo: EPA-EFE/RAHAT DAR)

The tenure of the interim board tasked with addressing myriad governance issues at Cricket South Africa was scheduled to end on 15 February. It’s sure to ask the minister to extend its time.

There are several people linked to Cricket South Africa (CSA) who would love to see the back of the interim board of directors, which was appointed by Sports Minister Nathi Mthethwa last October.

Suspended company secretary Welsh Gwaza and suspended acting CEO Kugandrie Govender still have ongoing disciplinary hearings that are unlikely to be finalised by Monday, 15 February. It would be to their benefit if the interim board were dissolved midway through hearings into those two individuals in particular.

But the interim board still has those, and several other loose ends, to wrap up. DM168 has learnt that board members will meet with the sports minister on Monday.

The main topic of discussion will be a request for an extension to ensure that they fulfil their mandate of stabilising governance structures and restoring stakeholder confidence in the organisation following a tumultuous 18 months.

The original nine-person group of interim directors – now down to seven after chairman Judge Zak Yacoob stepped down and Omphile Ramela was removed for being obstructionist – have not fully completed what they started. It was always a tight timeframe, and they encountered external obstacles, such as resistance from the Members Council, the CSA’s highest decision-making body, as well as their own internal battles.

It’s up to Mthethwa to extend their tenure, which he has already done once. Originally the interim board was appointed on 20 October 2020, to serve until 31 January 2021. But it only formally started its work in mid-November after initial resistance from the Members Council.

Because of that, Mthethwa extended the end-date of their term to 15 February. It’s likely to be extended by another month this week. It wouldn’t make much sense for a handover back to the CSA without tying up the necessary loose ends.

The most important issue that has to be completed is the drafting of a new Memorandum of Incorporation (MOI). This is the document that formalises governance of the CSA and the one that needs to be altered to reflect some key changes.

There was a clear conflict of interest.

The Members Council is made up of elected officials, who often have politically motivated mandates to fulfil, which are often contrary to the commercial, practical needs of the CSA’s board.

The interim board has spent the past three months picking apart many aspects of the CSA’s organogram. The leadership needed to be streamlined to allow one decision-making authority. That has to lie with a permanent board consisting of a majority of independent directors.

This notion of a majority of independent directors is not a new one. In 2012, Judge Chris Nicholson led an investigation into the CSA following a scandal involving former chief executive Gerald Majola. His conclusion was that the CSA board needed to be majority independent. It was never fully done.

It is the priority of the interim board to change the MOI, and as a consequence, for the Members Council to clip its own wings. It is vital because unless there are structural changes at the CSA, the same governance failures are almost sure to occur again.

“You cannot have two centres of power in one organisation,” Yacoob said shortly before he stepped down. “Our preference at the moment is for the board to be the centre of power in relation to day-to-day operational matters. We should make absolutely certain that the majority of the members of the future board are independent.

“The most important thing for the interim board now is to go into the brass tacks of how to change the structure of [the] CSA in order to ensure that it works better.”

According to sources, there has been significant progress in finalising a new MOI, but it won’t be concluded by Monday.

There are also other issues that need resolving, such as identifying candidates for a permanent board, setting a date for the CSA’s annual general meeting, where these changes can be formalised, and starting the search for a new CEO.

The interim board also needs to revisit the establishment and terms of a social justice initiative, which was set up in the chaos and desperation of the previous board to score political points.

Cricket in a fragile state

Even if these changes are implemented and the transition from an interim board to a new board happens in the coming weeks, the massive challenges facing cricket won’t evaporate.

“The challenge facing a new board, now, is that never before has cricket been in such a fragile state,” Andrew Breetzke, CEO of the South African Cricketers’ Association, told DM168.

“And its fragility is not only due to recent governance issues but also because of Covid-19-related issues. Australia’s postponed tour over Covid fears and England pulling out [of] their tour last year are examples of the parlous state of cricket globally because of the pandemic.

“[The] CSA’s fragile finances [the organisation projected a loss of close to R500-million by the end of the current rights cycle in 2022] and the political turmoil in the game won’t simply go away overnight. It’s not as if a new board will come into an organisation that is flourishing. There are still massive challenges ahead for [the] CSA.

“People have lost sight of these issues in all the administrative and political turmoil over the past 18 months.” DM