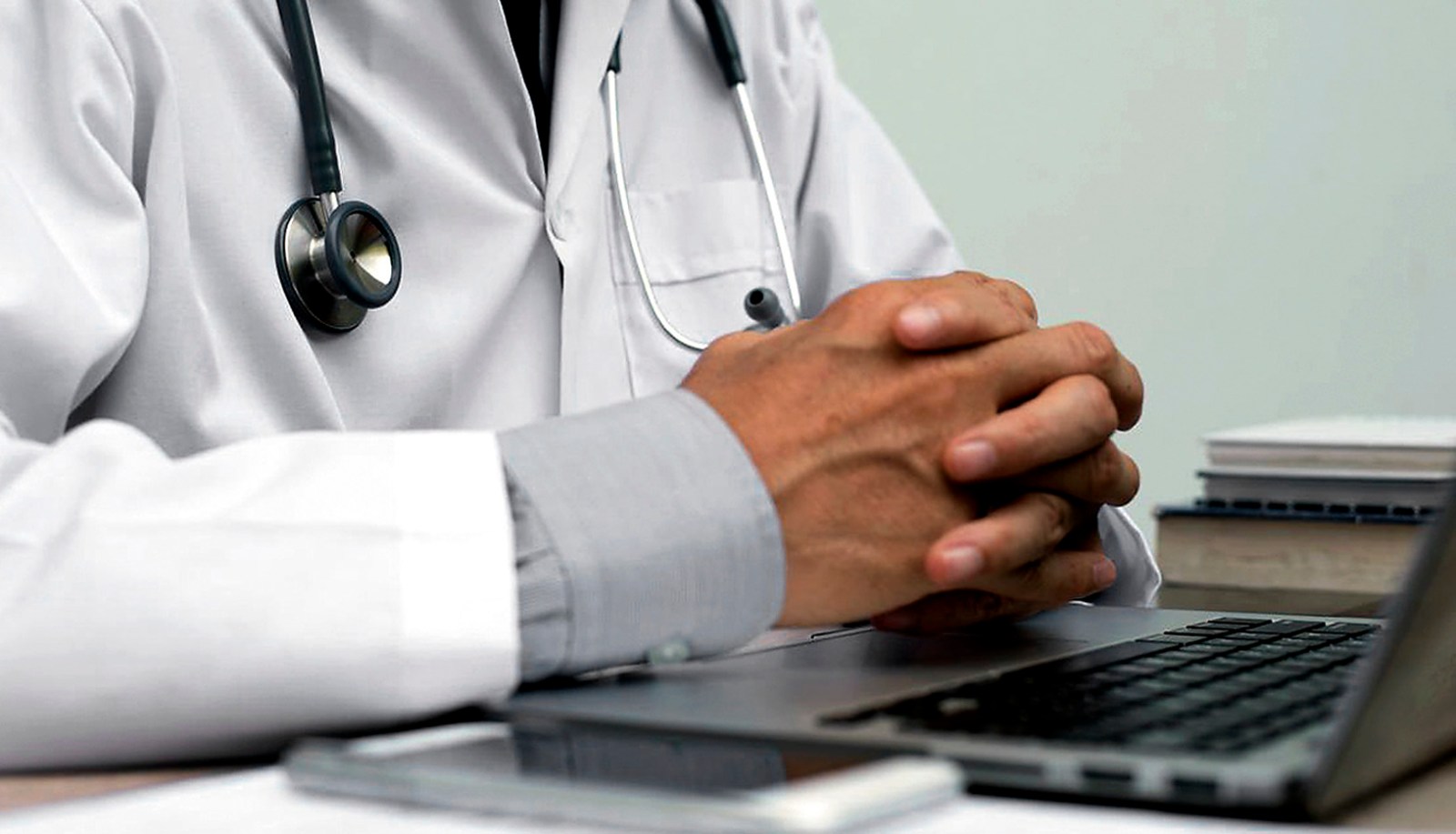 The author says that an obvious solution to the problem of medico-legal claims is to improve the quality of care in South Africa so that there are fewer legitimate claims against the state. (Photo: forbes.com / Wikipedia)

Among significant barriers to accessing abortion services, experts cite a lack of management support at health facilities, costs, fear of breach of confidentiality and stigma. Many of these barriers are compounded in rural areas.

“For us in the rural areas, we have to fight 20 or 30 times more to get services compared with our urban counterparts,” explains Jezile. “Here in Engcobo, one of the youth who wanted to have an abortion had to walk far to the nearest service provider, which is about two hours away. When she got there, the precounselling session was just a judgemental session. Healthcare workers imposing their beliefs on her. Telling her she shouldn’t abort. They started telling her about God. She left without doing the abortion.”

Jezile says the pregnant woman later went to a Marie Stopes clinic in East London, which is three hours away. Unfortunately, by the time she got there, they were closing for the day.

“She was told to come back the next day. This is time-consuming and also very costly. She ended up not going back and had the baby, even if she didn’t want the baby,” says Jezile.

‘More likely to die from complications’

Ulandi du Plessis, senior researcher and project manager at Critical Studies in Sexualities and Reproduction (CSSR), a research programme at Rhodes University, says poor women and women in rural areas are more likely to die from abortion-related complications than wealthy women or women living in urban areas. Du Plessis was a speaker at a recent Research in Relation to Advocacy, Policy and Practice (Rapp) event co-hosted with the Sexual and Reproductive Justice Coalition (SRJC).

“Significant barriers to accessing formal abortion services include, among other things, a dearth of functioning facilities, active persuasion from others, conscientious objection on the part of service providers, a lack of management support at facilities, costs, fear of breach of confidentiality and stigma. Many of these barriers are compounded in the rural areas because, for one thing, abortions are not provided in clinics but rather hospitals, meaning it is not as accessible as in urban areas,” says Du Plessis.

“Many public facilities that are supposed to provide abortion services don’t, for a variety of reasons. Because abortion is still heavily stigmatised and confidentiality is not as easy to maintain in rural areas as in urban areas, there is significant evidence of illegal and unsafe abortions taking place in South Africa,” says Du Plessis.

A doctor who previously worked in rural Mpumalanga and KwaZulu-Natal, speaking on condition of anonymity, says one public hospital he worked at provided abortion but when the nurse performing the service left she was not replaced.

“We received an email saying, since the nurse has not been replaced, doctors must [provide] the service. We were given the option to opt out if we were conscientious objectors. I wrote back saying I’m opting out.”

The doctor tells Spotlight many healthcare workers don’t provide the service because it goes against their values. Often abortion is offered but not fast tracked.

“They [pregnant women] were not turned away. We were called ‘evil’ by our medical manager for referring them for ultrasound and social [counselling] as he felt this was causing delays,” says the doctor.

“Women must have information and know their rights. [They must] know exactly where to go to get help. Contraception is available and effective. We need to be focusing more on sexual health education and women’s empowerment,” continues the doctor.

“There are a lot of grey areas when it comes to abortion. It is not black and white. Due to some personal values intertwined in this work, it becomes emotionally and psychologically draining to offer services.”

When asked if women in rural areas know enough about their right to abortion, Dr Jabulile Mavuso (who has conducted abortion research in Eastern Cape, through the CSSR research programme with Rhodes University) says studies, including some conducted among peri-urban and urban communities, show limited knowledge among women.

“Some people may know that abortion is legal in South Africa, but do not know the stipulations and conditions of the Act, and/or are unsure of where to access a legal abortion. Given the South African government’s lack of political will to disseminate information about legal abortion and which facilities provide abortions, limited knowledge on South Africa’s CTOP Act is to be expected,” says Mavuso.

Mavuso says research has revealed that travel distances to abortion facilities, transport costs and the few facilities available may be some of the barriers experienced in rural areas.

“The nursing profession is an ageing one and most of the healthcare workers there are firmly rooted in their religious beliefs,” says Russell Rensburg, director of the Rural Health Advocacy Project (an NGO).

“Most of these nurses firmly believe they are doing God’s work and therefore are not willing to provide abortion services as it is something they don’t believe in. We live in a society where our morals and our values do not match,” he says, arguing that for us to support and understand the needs of young people, especially young women, we should move away from our own beliefs, move away from imposing judgement, and start paying more attention to what young women want and give them all the correct information.

Rensburg explains that each hospital does things differently and, depending on the hospital manager, some might provide services and others not.

“For abortion seekers to get the best services, it must be taken out of the hospitals and be contracted to people that will be dedicated to providing the service — people who know the importance of the service and are able to provide it anytime should there be a demand,” he says.

That said, Mavuso explains that pre-abortion counselling is only useful when it responds to individual abortion seekers’ specific and varying needs, thus, a “one size fits all” approach is not useful.

Mavuso says counselling can be harmful and could serve as a barrier to abortion when it is directive, for example when the purpose or effect is to control, usually through fear and shaming tactics that include the spreading of false information, and to direct what the pregnant person “should” do.

“Directive counselling violates the act and is an example of dehumanising healthcare because it undermines the dignity and humanity of abortion seekers and service users,” says Mavuso.

Jezile echoes this sentiment and says pre-abortion counselling should not be used to sway a pregnant woman’s decision but must inform her of what to expect, side effects of the process and what to do in case she needs help.

Another speak at the Rapp event, Eastern Cape department of health deputy director of the maternal and child health Ndileka Gaba, says a challenge to her department is the act itself. There are staff issues, she explains, where a staff can say they have not been appointed as abortion nurses or providers of abortion.

“So there is that conscientious objection whereby you can say no; now I’m exhausted; I don’t want to do it anymore. So that is a challenge. Also, the issue of management support, there is no support and some managers impose their values on you. If it’s a religious person, she will just impose his or her own values to you as the provider,” says Gaba.

She adds that every facility rendering maternity services is expected to have abortion services. Eastern Cape has about 65 district hospitals and seven regional and tertiary hospitals, all with maternity facilities that are expected to perform abortions — but that is not happening.

“The fact that when you are trained or when you are appointed you are not appointed as an abortion nurse makes it a challenge to provide the service,” she says.

In an effort to curb stigma, Gaba’s department is advertising services on radio and distributes pamphlets in rural areas to let people know what services are available. DM/MC