Collapse of business confidence: When there’s no honour among thieves 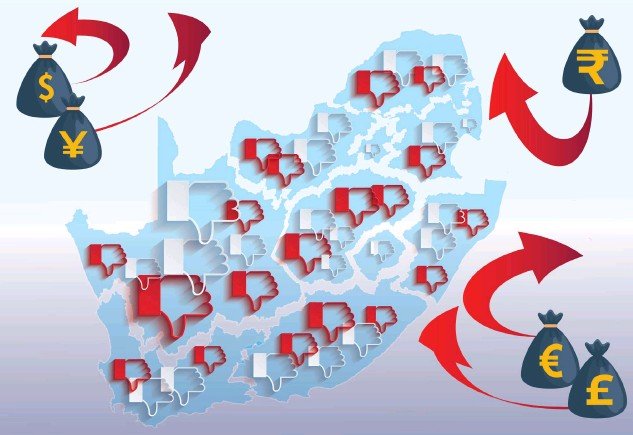 South Africa is suffering from a crisis of confidence, which is also a crisis of trust. Until confidence is restored, the country will not attract investment, grow the economy or create jobs.

There is a spate of data that underscores South Africa’s current woeful state of affairs. The latest is from the South African Chamber of Commerce and Industry, which this week said its Business Confidence Index (BCI) averaged 86.5 in 2020, the lowest annual average since it was launched in 1985, just as the apartheid state was making its last iron-fisted stand.

In that year, one marked by the imposition of a State of Emergency, tightening sanctions, and massive capital flight, the index averaged 91.5.

This collapse of confidence to below the worst apartheid levels, of course, was largely a product of the pandemic, but the 2019 average reading of 92.6 was the third-worst on record – and the first full calendar year of President Cyril Ramaphosa’s administration.

It is instructive to compare South Africa’s business confidence trajectory with that of the Organisation for Economic Co-operation and Development (OECD), to see how the local scene is doing on the global stage.

South Africa is not an OECD member, but its ranks include large emerging economies such as Turkey and Colombia, which fall into South Africa’s broad peer group, as well as major mining nations such as Australia, Canada and Chile, which also invite comparison.

On the OECD BCI, a reading above 100 suggests “increased confidence in near future business performance”, while a reading below 100 indicates pessimism. Going back to 1985, its bottom was scraped in 2009 at the height of the Global Financial Crisis and Great Recession. It had a mighty fall in 2020 but not to the depths of a decade before, and it is back to around 100.

This helps to explain why South Africa has been so bad at attracting foreign direct investment.

According to the United Nations Conference on Trade and Development (Unctad), foreign direct investment flows into South Africa in 2020 almost halved to $2.5-billion from $4.6-billion in 2019, which was a 15% decline from around $5.4-billion in 2018. So that’s around $12.5-billion in total over the past three calendar years, which is far short of the $100-billion in new investment over five years that the government targeted in 2018.

If domestic business confidence has been shattered, an economy can hardly expect to attract significant amounts of foreign investment.

Confidence means an investor is reasonably sure they will get a return on their capital. Confidence reflects expectations that political risks such as sudden policy swings are unlikely.

Confidence entices a business to build a new factory, sink a new shaft for a mine, or set up a call centre. Confidence means the value of the domestic currency is not seen changing wildly.

Confidence does not anticipate explosions of social unrest disrupting production. Confidence is ground in the rule of law and respect for property rights.

Confidence allows a company to transport its products without fear of them being hijacked by armed gangs, or to send skilled staff to a country without significant concerns about their safety.

Confidence comes from the simple act of turning a light on and expecting the power company to do its bit – which is not asking for much unless, of course, the utility in question is Eskom.

On not one of these fronts can it be said that South Africa inspires any meaningful level of confidence. Any member of the Cabinet who says or thinks otherwise is bubble-wrapped in a blue light brigade, far removed from reality.

The FNB/BER Consumer Confidence Index added 11 points for a 2020 fourth quarter reading of -12, but – as the minus sign suggests – remains in negative territory and is close to its historic lows.

Low levels of consumer confidence are only to be expected against the backdrop of an unemployment rate north of 40%, based on its widest definition. Consumers who are confident will consume. They will buy stuff because they reckon they can afford to, based on the confidence they have in their future earnings. This is especially the case for big-ticket items. And new car sales last year were at a 20-year low.

Restoring confidence will mean the return of reliable power supplies. It will mean reasonable expectations for return on investment.

Policy goalposts will have to remain anchored in the ground and not change at the whim of some minister who endlessly wants to gazette new regulations or tariffs to protect this failing industry or ensure another one fails. It will require a stable rand and stability in labour relations.

It will mean an end to endless bouts of social unrest. That, in turn, requires significant reductions in unemployment and inequality. An end to uncertainty around property rights will help.

It will also herald an end to companies worrying about transporting their products or cash – which is among the things that banks do – without fear of an armed gang stealing the consignment. And an end to cadre and crony capitalism will go a long way to restoring confidence.

Is anyone confident that the ANC government can pull any of this off? DM168