Defence presents ‘propaganda reels’ in its closing argument on Friday 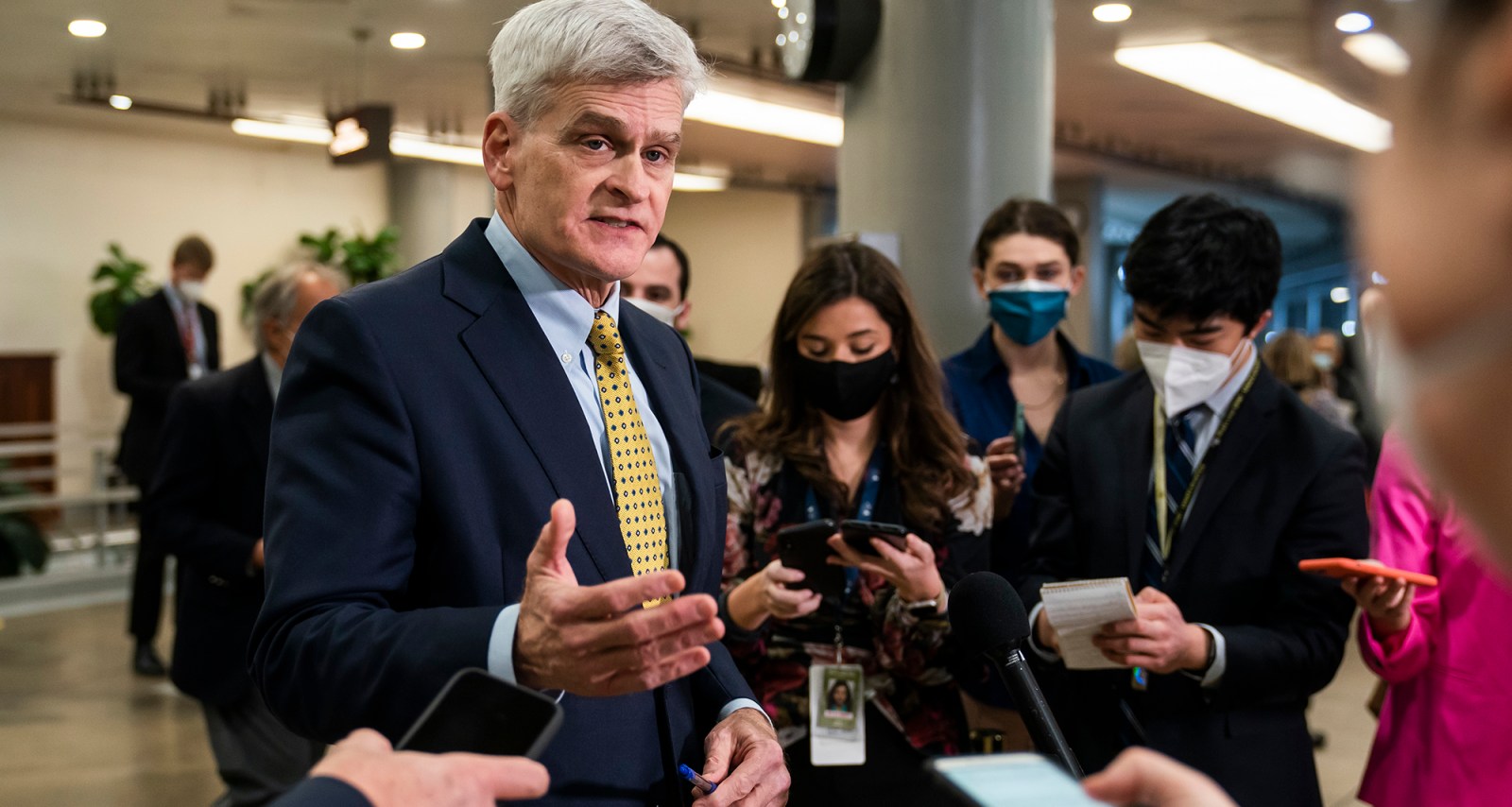 Republican Senator from Louisiana Bill Cassidy speaks to the media before the fourth day of the second impeachment trial against former US President Donald J. Trump in the US Capitol in Washington, DC, USA, 12 February 2021. EPA-EFE/JIM LO SCALZO

The defence closed its arguments on Friday, insisting that Trump’s first amendment right to free speech was being trampled. They closed in just over three out of their allotted 16 hours, which led to an early start to the Q&A session.

Day Four of Donald Trump’s second impeachment trial was the day for the defence. After Bruce Castor’s disastrous rambling start on Wednesday, Lawyer Michael van der Veen was chosen to start off the argument. Presentations were made by all of Trumps lawyers present in the Senate – van der Veen, Castor and David Schoen who specialises in criminal defence. Despite having 16 hours to make their case, Trump’s lawyers closed in just over three hours and the Q&A session then got underway.

“The article of impeachment now before the senate is an unjust and blatantly unconstitutional act of political vengeance.”

He called the trial a witch hunt and said:

“No thinking person could seriously believe that the president’s January sixth speech on The Ellipse was in any way an incitement to violence  or insurrection…  the president’s remarks explicitly encouraged those in attendance to exercise their rights peacefully and patriotically.”

He presented video of Trump saying “I am your president of law and order and an ally of all peaceful protestors” and similar statements, interspersed with president Joe Biden saying that most protestors were peaceful over visuals of a city in flames and House Speaker Nancy Pelosi saying “I don’t even know why there are not uprisings all over the country…” Then Trump is shown saying “I just want law and order”.  It was clear that the intent of the video was to show Trump as peaceful and the Democrats as the opposite.

“This unprecedented effort is not about Democrats opposing political violence, it is about Democrats trying to disqualify their political opposition. It is constitutional cancel-culture,” said van der Veen, adding:

“Now is not the time for such a campaign of retribution, it is the time for unity and healing and focusing on the interests of the nation as a whole. We should all be seeking to cool temperatures, calm passions, rise above partisan lines.”

David Schoen followed van der Veen, accusing the Democrats of rushing to impeach because of personal hatred for Donald Trump and asked where had the ‘never before seen’ footage shown by the Democrats come from, implying bad faith on the part of the impeachment managers. Schoen was also unhappy with the impeachment managers quoting news networks and using the word ‘reported’ when referring to the information they had gathered from the media.

He was scathing of the use of video and comments presented, that had been gleaned from news reports, as if in total denial that the media – of the world – had followed, broadcast and reported on the insurrection in real time. Schoen also accused the impeachment managers of manipulating evidence and “selectively editing footage”. As an example, Schoen said that a Trump supporter had tweeted they would bring “calvary (sic)… a central symbol of her Christian faith, with her to the president’s speech.” (The calvary as opposed to the cavalry.)

He went on to say that what had just been seen and heard were “the metaphorical, rhetorical uses of the word ‘fight’, we all know that right?”

He also said “the word fight has been used figuratively in political speech forever, but don’t take it from me, it’s best to hear it from then.” This served as an introduction to a video of what can best be called a mashup of various Democrats using the word.

The defence seemed to be making the point that many politicians used the word but only Trump got into trouble for it. Which ignored the fact that he was not in trouble for the word, but the results. This approach by the defence, ignoring the context, was obfuscatory, despite their disclaimer that they did not intend to engage in ‘whataboutism’.

Fact-checkers for various media organisations soon after pointed that most of the clips the defence was using were from events and speeches unrelated to elections or Trump. Many had been made during interviews or at debates and lead impeachment manager Jamie Raskin, during the question and answer session, referred to the defence’s video presentations as “propaganda reels.”

Watch: Trump Was Indifferent To Riot Threat In Call With McCarthy | The 11th Hour | MSNBC

A substantial part of their footage highlighted prominent black female politicians like Vice-President Kamala Harris and Democratic Congresswoman Maxine Waters. The 82-year-old Waters is seen as one of the most powerful women in American politics, together with House Speaker Nancy Pelosi, who also featured in the defence’s video. During the Q&A session some three hours later, african american female Representative Stacey Plaskett took them to task for their representation of (angry) black women.

Plaskett also picked up on Trump’s lawyers saying that DC Mayor Muriel Bowser had, “explicitly discouraged the National Guard and federal authorites from doing more to protect the Capitol…” Plasket schooled the defence on the scope of authority of Mayor Bowser versus then-president Trump:

“I heard reference to Mayor Bowser in defence’s presentation. Mayor Bowser does not have authority over the Capitol or federal buildings. She could not deploy National Guards to the Capitol, that is outside of the jurisdiction of the Mayor of the District of Columbia. At no point in that entire day did the president of the United States tell anyone… that he was sending help… the president of the United States did not defend the Capitol of this country.”

Raskin also picked up on the defence holding up the Brandenburg case to explain that Trump’s first amendment rights allowed him freedom of speech, saying:

“… prominent law professors across the intellectual, ideological and jurisprudential spectrum and they all call their first amendment arguments frivolous, which they are. Now, they have retreated to the position of Brandenburg vs Ohio… Brandenburg was a case about a bunch of Klansman who assembled in a field and they weren’t near anybody such that they could actually do violent damage to people but they said some pretty repulsive racist things. But the supreme court said they were not inciting imminent lawless action because you couldn’t have a mob break out…”

At one point van der Veen criticised Raskin who had made fun of himself while making a point, but van der Veen took it as an opportunity to say that the trial was no fun for him and was in fact “the most miserable experience I’ve had down here in Washington DC”.

When Raskin was later at the podium he took a moment to say that while the trial may be van der Veen’s most miserable time ever in DC, “…you should have been here on January 6.”

The trial resumes Saturday at 10am EST. DM