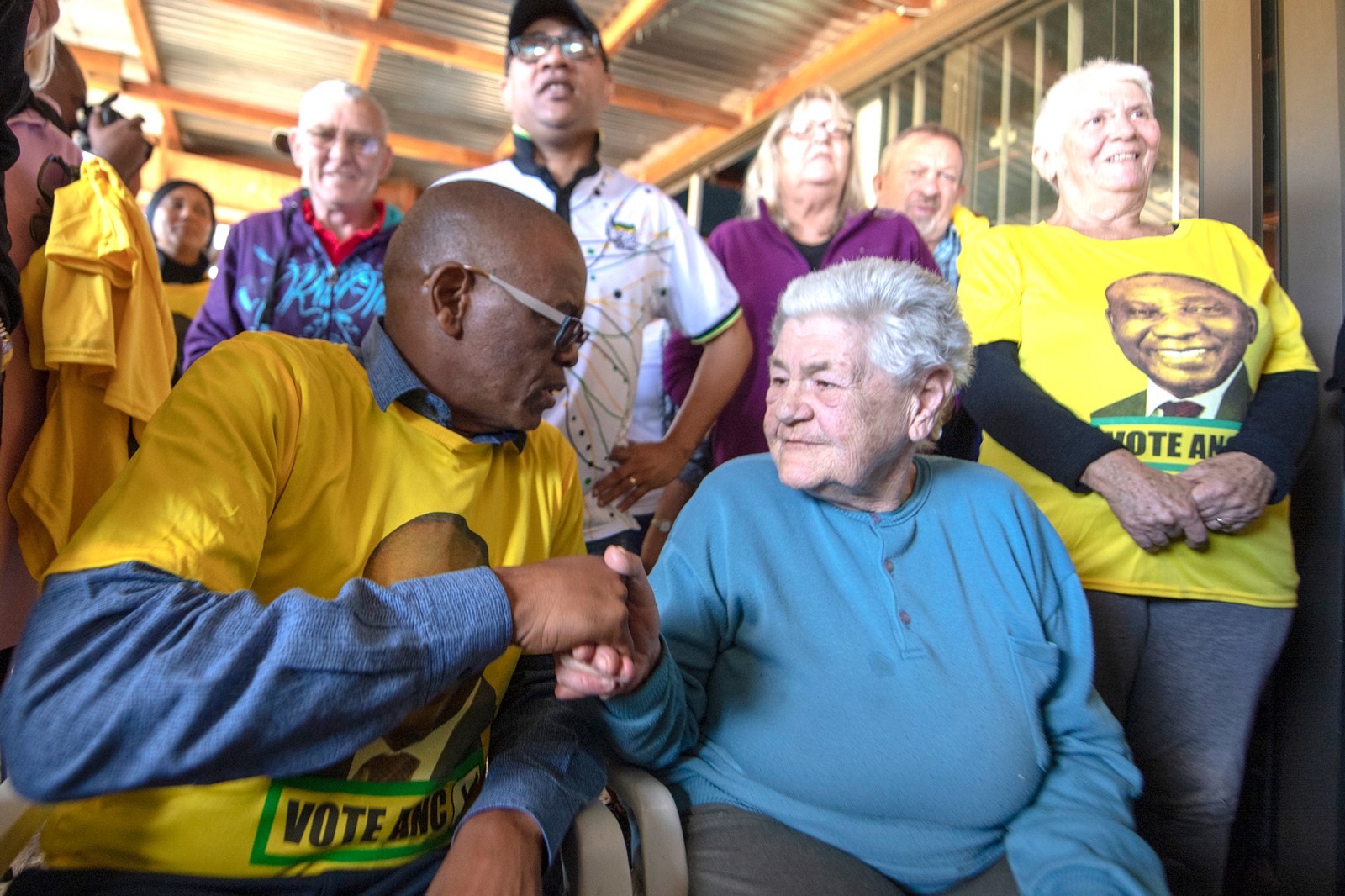 As the ANC NEC meets this weekend, and ahead of its secretary-general Ace Magashule’s second court appearance next week, will the step-aside rule be on the agenda? Magashule’s legal opinions look stronger than the recommendations of the party’s integrity committee, and he’s playing a crafty hand.

Never mind stepping aside from his role as secretary-general, Ace Magashule could make a run for the position of ANC president if the party holds its national elective conference next year.

Reports are increasingly surfacing suggesting this may happen – like one in City Press last weekend – while his local cadres in the Free State also tout the possibility.

Magashule is unlikely to step down from his role voluntarily, even though the party’s integrity commission has recommended that the national executive committee (NEC) make him do so. Instead, he has lawyered up, using the constitutional right to a guarantee of being innocent until proven guilty in court as a key pillar of his defence. Magashule has commissioned at least three legal opinions to bolster his position. Although the topic may be raised at this weekend’s NEC meeting, the draft guidelines developed by the party to govern the step-aside process are not nearly as strong as his three opinions.

He is scheduled for a second court appearance on 19 February on fraud and corruption charges, so he is building a campaign of political support instead of going meekly into the dock.

It’s not difficult to win an ANC presidency – you need lots of money, as President Cyril Ramaphosa showed when he blasted over R500-million on a high-profile and glitzy party primary in 2017 to become its president. That has set a precedent suggesting Magashule can now do the same. He has deep pockets after terms as Free State premier: he was cut into all deals, as Pieter-Louis Myburgh showed in his book, Gangster State.

And Magashule is a popular and populist leader at the grassroots level. Out of most of the media’s glare, Magashule has been working the branches and finding any excuse to campaign. When the ANC secured seats in a multi-poll of by-elections late in 2020, he went on a “thank you” blitz, handing out largesse in the form of bursaries, cash and groceries. Expect such campaigning to be part of the Ace Gambit as he goes for broke.

Within the ANC branches he is Mega Magashule: secretary-generals are influential because they control branches. He has ballooned the ANC membership to 1.4-million members from under one million when he took over as secretary-general in December 2017.

The party will not provide a provincial breakdown of where this growth has occurred, but it is likely to be in places regarded as stronghold provinces for him. He is building a base.

ANC presidencies are won with just more than 5,000 delegates, and it is now a standard course that these can be bought. (To understand the mechanics, it is worth reading Crispian Olver’s How to Steal a City).

Of course, the question for the country is whether or not all ANC presidents go on to become country presidents: until now, they have. But one of the reasons the ANC finally ditched former president Jacob Zuma was because he became an electoral liability. Under his kleptocratic rule, the party lost key metros like Johannesburg (the economic capital) and Tshwane (the political capital). It seemed set for a loss in the 2019 election, according to polls.

Magashule is unlikely ever to top the slate of a national poll and become South Africa’s president but he is likely to go for the party top job to protect himself from jail. Until recently that gambit seemed implausible because Ramaphosa’s allies had worked assiduously to build his majority in the party NEC.

But the fact that Magashule has not stepped aside, despite a clear decision by a special NEC on corruption marshalled by Ramaphosa that members facing criminal charges should do so, shows his weakened hand. The death of Minister in the Presidency Jackson Mthembu has not only robbed Ramaphosa of a friend but also of a trusted ally who could push through tough positions like the step-aside rule.

The “tea party” at Nkandla hosted by Zuma on 5 February, tweeted to trend by his daughter Duduzile Zuma (who once styled herself as the Isabel dos Santos of South Africa) and attended by party NEC members Tony Yengeni and the Ekurhuleni mayor Mzwandile Masina, as well as EFF leader Julius Malema, was theatrics more than realignment. But it does show a populist alliance that can be fuelled with patronage funds to bolster Ace’s case. Because he is in court and would be an unpalatable option at the polls in 2024, this might be an opportunity for Malema to reverse his red berets back into the ANC. Malema has national pull but has not been able to muster more than 10% of the national vote. He would need the ANC election machine and the kitty that is now needed to win high office.

There are 19 million grants paid every month in South Africa (more during Covid) and Ramaphosa is bringing millions more young people on to the publicly funded accounts with his presidential employment project. This is a massive system of social solidarity, but it is also a political machine that secures support for the ANC.

But that is getting ahead of Magashule’s short-to-medium-term game.

Co-operative Governance Minister Nkosa­zana Dlamini Zuma is redrawing the country’s political map into 44 districts, which will become funding centres for specialised infrastructure and other grants. Her intentions may be noble but, for other politicians, the installation of district mayors becomes a source of great political power and significant funding for campaigns.

Magashule is also planning for a local government election this year to build support by using his role to decide who will become district mayors.

For the moment, he is likely to push hard for the party’s national general council (NGC) to continue this year, now that the country is coming out of the second Covid-19 wave. This mid-term meeting between conferences has been used to stage assaults on party leaders – former president Thabo Mbeki suffered critical policy defeats at an NGC ahead of his ouster in 2007.

Ramaphosa could face the same, and if Magashule succeeds in pushing through an ANC elective conference in 2022, then the incumbent is facing a reign of fire. DM168