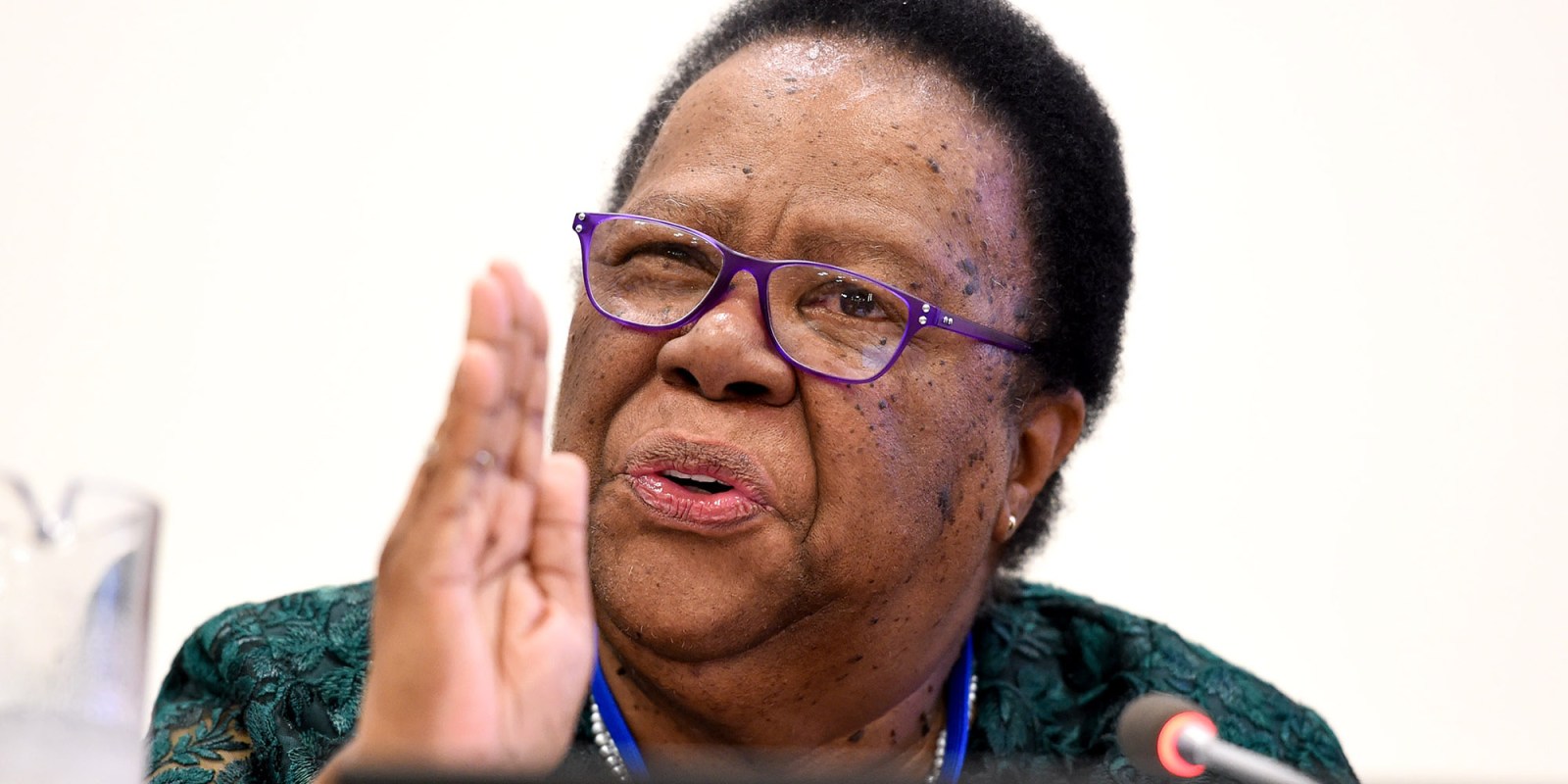 Pandor said Pretoria had been engaging with Portugal, the former colonial power in Mozambique, which was ‘very active’ in Mozambique and already had ‘soldiers, feet on the ground’.

And it has been talking to Portugal – which already has boots on the ground – about the Southern African Development Community (SADC) collaborating with it in Mozambique.

“We are assisting. But I can’t say much,” Pandor told Daily Maverick in an interview.

Pandor said Pretoria had been engaging with Portugal, the former colonial power in Mozambique, which was “very active” in Mozambique and already had “soldiers, feet on the ground. They want us to collaborate… they would like SADC to play a key role.

“And we said, we are ready to, but we must know, a key role in what?” she said, repeating an earlier complaint that the Mozambican government had not yet indicated concretely what it needed.

But if SADC was asked to intervene, would it have the capacity to do so? Pandor was asked.

“We’ve got the capacity, South Africa has,” she replied, adding that other SADC countries also had the capacity, citing the fact that Tanzania and Malawi were supplying troops alongside South Africa in the UN Force Intervention Brigade in eastern Democratic Republic of Congo.

“So we have the capability.”

In a wide-ranging interview, Pandor also threw some light on the bizarre case of South Africa’s then deputy ambassador to Sudan, Zabantu Ngcobo, and her spouse being investigated by Sudan authorities for allegedly plotting to murder the intelligence chief at the SA embassy in Khartoum.

Sudan’s government was reportedly annoyed that Pandor refused to waive diplomatic immunity on the South African couple last year so they could be arrested in Khartoum. Instead, they were brought back to South Africa.

Pandor said Pretoria was ready to send Ngcobo and her spouse back to Khartoum to testify in the case – only if the evidence warranted it. That would emerge from questioning of the couple by South African police and intelligence services. She said she was not sure why the questioning of the couple had not happened yet and had written to the police and intelligence ministers asking for an explanation of the delay.

She said she had told the Sudan government that South Africa would cooperate in the investigation and had no intention of protecting criminals. But she could not have agreed to waive diplomatic immunity against them, particularly when the driver and his accomplice had recanted their original confessions to killing the two young Sudanese women – and only then had they accused Ngcobo and her spouse.

“So I declined the request to remove their diplomatic immunity and brought them home, with the indication that if they’re required to go and testify in Sudan, that will happen, so long as our own forces will be involved in interviewing them.”

Pandor said there would need to be credible cases against the two and assurances that their rights would be upheld before they were returned to Sudan.

“Because my duty is to protect our citizens, as minister of foreign affairs, and particularly our diplomatic staff.”

She pointed out that it was the spouse who had been accused in Sudan and not the deputy ambassador. And she confirmed that the intelligence officer they were accused of plotting to murder was still at his post in Khartoum.

Asked what she thought had really happened in this case, Pandor said she believed the driver and his accomplice had murdered the two Sudanese women “and then tried to find a clever excuse”.

She didn’t believe the couple had plotted to kill the intelligence officer at all. “But I’m not a detective. I think this chap [the driver] is actually a criminal. And they made a mistake by associating with this person. And perhaps they were just unlucky or naive. But let’s see, maybe they are criminals. We’ll see.” DM