Pandor: SA wouldn’t use its clout to get on to the AU Commission 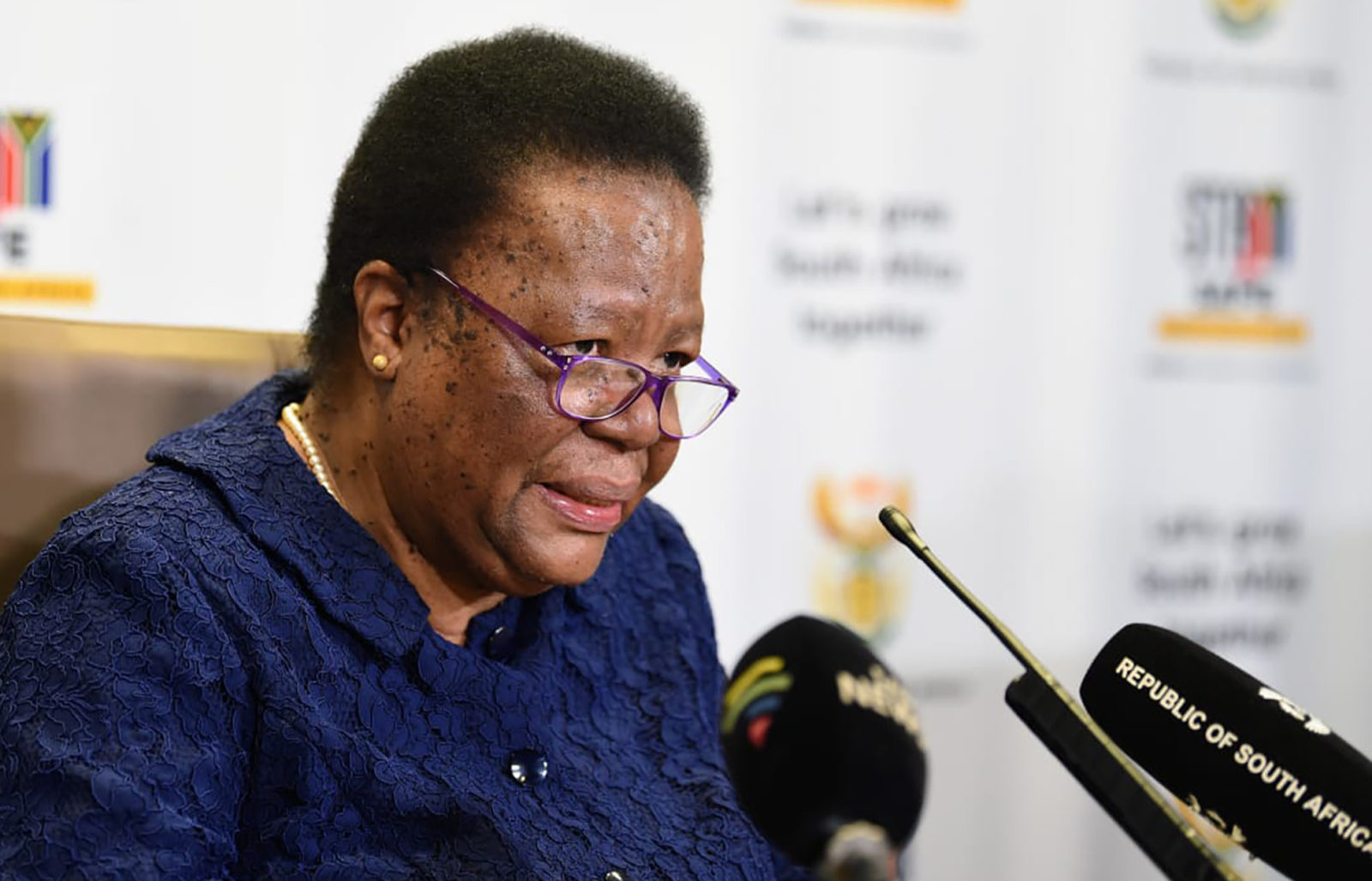 SADC couldn’t be muscled to back SA because it’s democratic, Naledi Pandor says.

International Relations Minister Naledi Pandor says she was not prepared to use South Africa’s regional muscle to get the country’s two candidates on to the African Union Commission at the AU summit last week.

The failure of the Southern African Development Community (SADC) to rally behind South Africa cost seasoned diplomat Jeremiah Kingsley Mamabolo his chance of becoming the powerful commissioner for political affairs, peace and security. It also knocked former director of the National Research Foundation Molapo Qhobela out of contention for the post of Commissioner for Education, Science, Technology and Innovation.

South Africa ended up with no one on the AU Commission, which is based in Addis Ababa and acts as the executive of the African Union. Nigerian diplomat Bankole Adeoye got the top political affairs peace and security job, with the support of the Economic Community of West African States  (Ecowas) – the equivalent of SADC.  This is a new portfolio which merged the separate portfolios of political affairs on the one side and peace and security on the other. The commission manages the day to day response of the AU to the many conflicts on the continent.

Bringing political affairs under the same commission theoretically enables the commissioner to more effectively address the root causes of conflict which are usually political – such as disputed election results.

However, sceptics suspect that the AU heads of state combined the two portfolios to weaken the political affairs commission and reduce its power to snoop into their sometimes nefarious political affairs – such as rigging elections or oppressing opponents.

Pandor has been criticised by some analysts and even officials in her department for not making a greater effort to lobby and campaign for support for Mamabolo and Qhobela, particularly from SADC.

But Pandor pointed out in an interview with Daily Maverick on Thursday that the voting system had worked against South Africa. Under the AU’s rules, Southern Africa as a region was allocated a maximum of two commissionerships.

A Southern African official was the incumbent in both of those portfolios- Angola’s Josefa Sacko in the agriculture portfolio and Zambia’s Albert Muchanga in economic development.

Both of them were re-elected at the summit, which took southern Africa to its quota and so Mamabolo and Qhobela had had to pull out of the race.

It was the first bid by South Africa for functional portfolios on the commission though Nkosazana Dlamini Zuma was elected chair of the commission in 2012.

Some analysts have pointed out that faced with a similar predicament to South Africa’s, Nigeria mobilised Ecowas to back Adeoye. The regional body persuaded Ghana to withdraw its candidate for deputy chairperson of the commission as this could have pushed the West African region to its quota of candidates.

Pandor insisted that South Africa had tried to win SADC’s support. “SADC didn’t want to. We talked, we had meetings, we had arguments, we had fights.”

But SADC had insisted; “We must prioritise the incumbents (Angola’s Sacko and Zambia’s Muchanga).

“And once that had happened, it meant we were in terrible danger. So it’s the actual system, we did all that we could.”

But should South Africa not have used its muscle in the region, as Ecowas evidently did, Daily Maverick asked Pandor?

“SADC doesn’t operate in the same way, it’s far more democratic. And we operate on the basis of consensus,” she said.

She felt South Africa stood a very good chance of getting at least one candidate onto the AU Commission at the next elections in four years’ time because the Angolan and Zambian incumbents would have reached their term limits.

“I think we must start preparing now to get at least one,” she said.

And she noted that South Africa’s well-known lawyer Dumisa Ntsebeza had been elected at the AU summit to the African Court on Human and Peoples’ Rights.

“I think it’s a good appointment for the African court on people and human rights. And you know, that court needs status, gravitas. And I think he’ll bring that to the institution. It’s still finding its feet in the AU, but having someone like him with his experience is very important.”

So Pandor said that while she was disappointed that Mamabolo and Qhobela didn’t make it onto the AU Commission, “I don’t feel that I’m a failure, as was implied.” DM