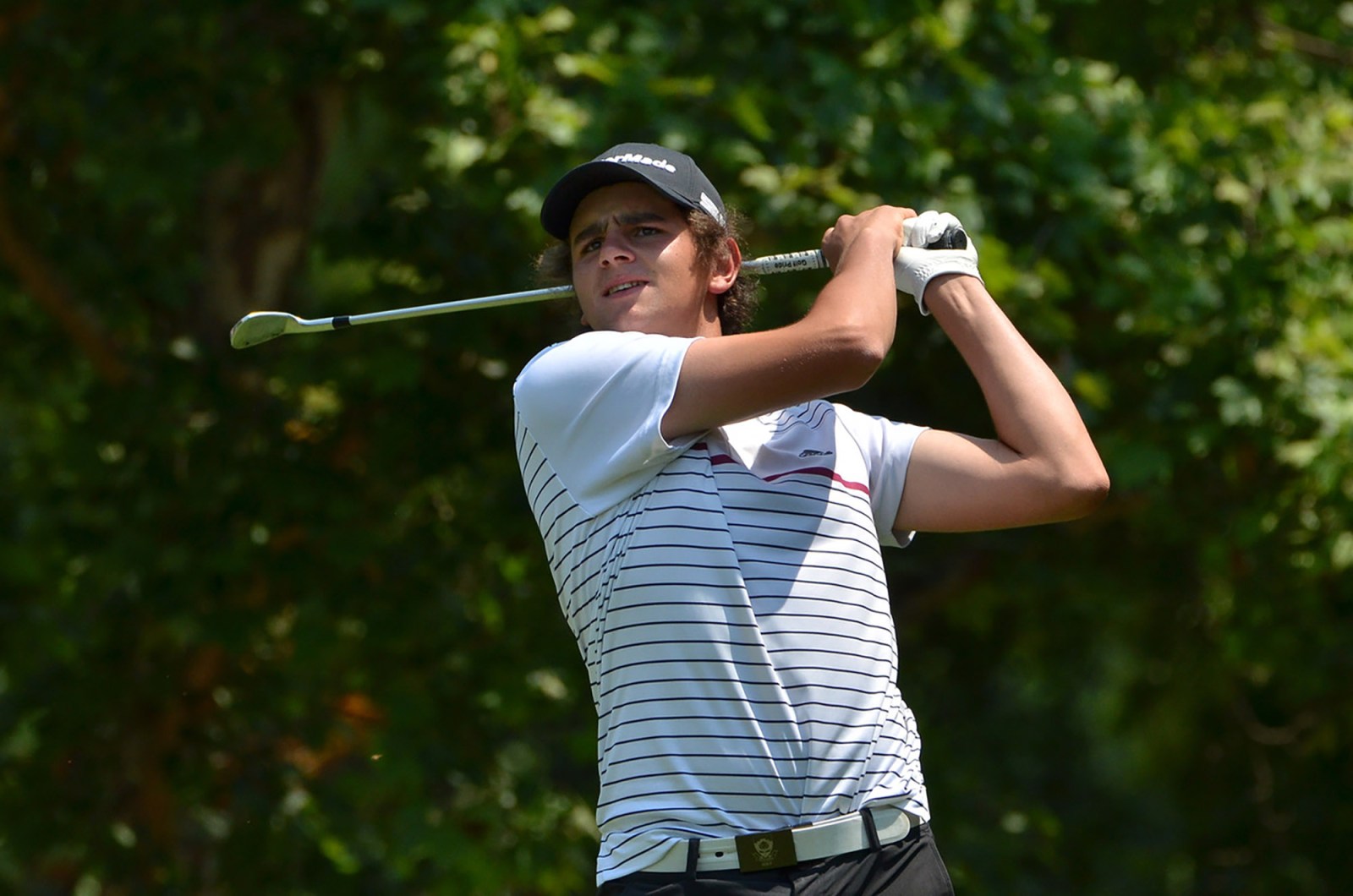 ‘The Machine’ added to the annals of golf once again with one of the most incredible feats in South African amateur history when he lifted the African Amateur Stroke Play Championship title on Thursday.

The 17-year-old GolfRSA National Squad member was in a league of his own at Glendower Golf Club as he fired a final round 65 to finish eight shots clear of home favourite Yurav Premlall.

Thanks to a stunning 21-under par total, Jarvis became the first amateur to complete the GolfRSA South African Swing Triple Crown.

“I was really proud to win the SA Stroke Play and the SA Amateur last year, but to be the first to win all three flagship events is massive,” said an elated Jarvis. “This was my first goal for the 2021 season. It means the world to me. It’s up there with my best days, that’s for sure. I’m over the moon and so honoured. And relieved at getting it done.”

His historic exploits started 12 months ago at Randpark.

Jarvis etched his name into the record books as the youngest winner in South African Stroke Play Championship history when he eclipsed the 51-year record held by Dale Hayes. At 16 years, six months and 17 days, he won in dominant fashion with a nine-shot triumph on 25 under par.

Eight days later, the Boksburg junior beat Englishman James Wilson 7 and 6 in the 36-hole final to win the South African Amateur Championship in the same calendar year. Since the start of the SA Strokeplay Championship in 1969, Jarvis was only the seventh amateur to claim the “rare double”.

But chasing lofty goals is nothing new for this young State Mines spitfire.

In 2017, Jarvis produced a wire-to-wire performance at the Manchester Golf Club to lift the celebrated Reid Trophy in the English Boys Under-14 Open Amateur Stroke Play Championship.

And, in December 2020, he matched Neville Clarke with the rarest trifecta – winning the SA Amateur, the SA Stroke Play and the Freddie Tait Cup as the leading amateur in the South African Open in the same 12-month cycle.

With his 21-under par total at Glendower, Jarvis also set a new tournament record.

The previous mark at 14 under was held by Albert Kruger, who won the first edition at Leopard Creek in 2016, and James du Preez, who equalled Kruger’s total at Glendower in 2018.

En route to the win, Jarvis was under par all four rounds and unflappable over the last three days.

His accuracy off the tee and pin-seeking irons set him up for a good scoring week and a hot putter did the rest. Dubbed “The Machine” by his peers, Jarvis racked up 26 birdies and had three eagles in 72 holes, surrendering just 11 shots for the week, including two on the final day.

“Winning the African Amateur was a huge goal, but I didn’t think I had a chance with the way I struggled with my swing and the flat stick at Randpark,” he said.

“Then in the practice round, I found something and I started striking the ball really well. I played really well in the first round, but the putts didn’t drop. Christiaan Burke, one of my GolfRSA National Squad teammates, was watching me on the putting green and told me that I was very loopy going back on my stroke. He told me to go a bit more inside and it worked like a dream.

“It’s a great feeling to have this kind of form again. I’m taking a lot of confidence from this week at Glendower. It’s one of the best courses in Gauteng with some of the best greens in the country.

“It wasn’t an easy week, given all the rain that fell here before the championship. That’s why I am really proud of how I won this week, at a SA Open course. It was a great confidence builder for my title defence in the SA Amateur next week.”

Premlall, a two-time club champion, will also draw a lot of positives from his performance.

He followed an opening 72 with rounds of 69 and 68, and a birdie finish for a 66 pushed him past fellow GolfRSA National Squad members Kyle de Beer and Kieron van Wyk for a runner-up spot.

“Everyone talked about home-course advantage but the course played so different to what we are used to due to all of the rain. Mike [Bernard] and his team did an incredible job to get the course ready and to deliver superb greens for the week,” said the 17-year-old.

“It’s very different playing under tournament conditions on this course to a social round with the members. I’m thrilled with my result, especially the way I handled myself in the final round, and I’ll take a lot of confidence into the SA Amateur qualifier at Royal Johannesburg and Kensington next week.” DM