Long wait for water and compensation continues for Limp... 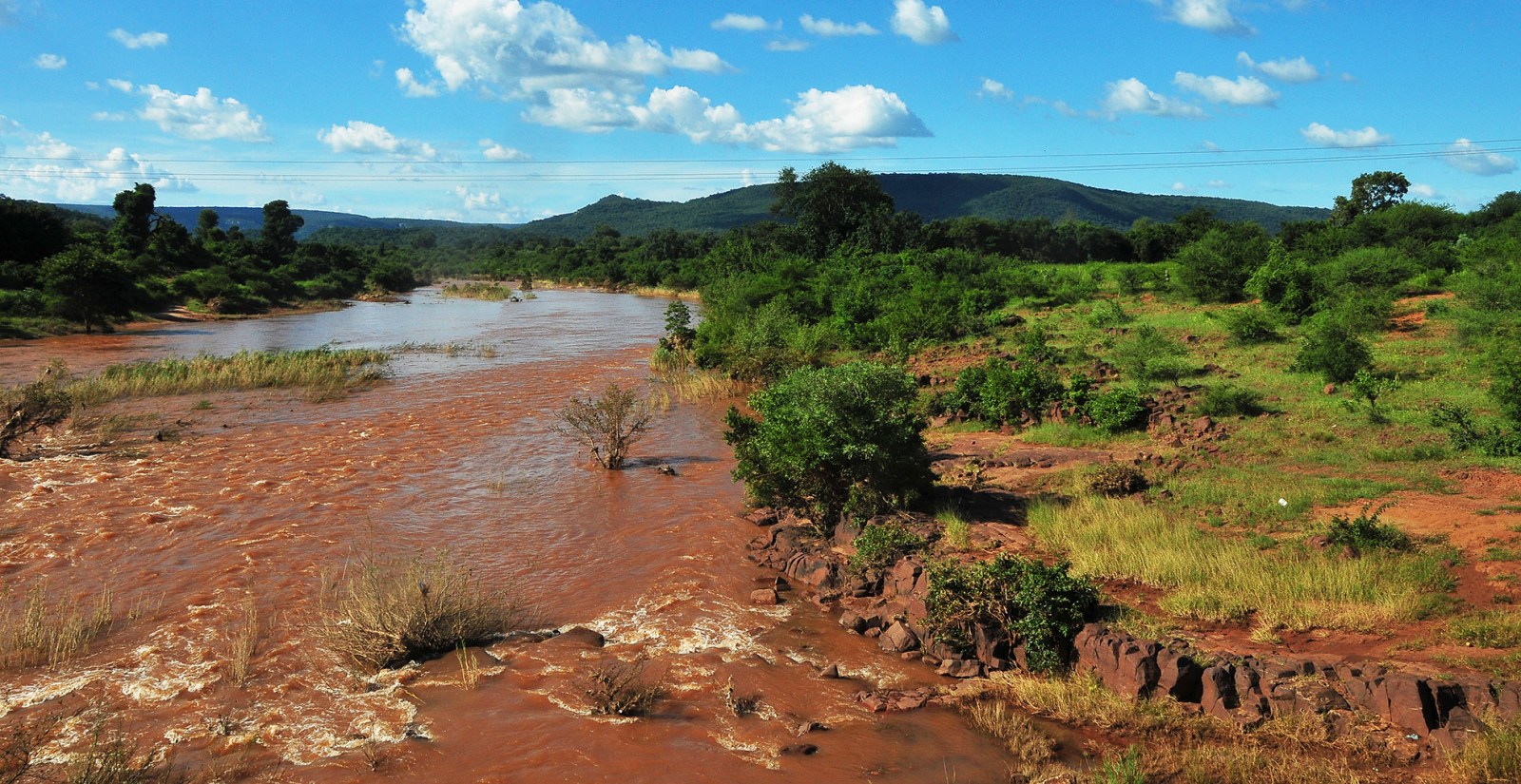 The Luvuvhu River in Limpopo flows from the Nandoni Dam past villages which are still not connected to the water supply. (Photo: Lucas Ledwaba / Mukurukuru Media)

The government says a more than two-decade wait for compensation by families forced to make way for the construction of a multimillion-rand dam will be over in March.

Just a day before the government announced it would finalise compensation payments to relocated families — in order to make way for the construction of the Nandoni Dam more than two decades ago — community leader Gilbert Netshivhambe received devastating news.

Another claimant who had waited since 1998 to be compensated for the loss of land had died on Sunday 7 January.

“Aaaaiii! Plenty of the beneficiaries have died, plenty, plenty…” said Netshivhambe on Tuesday afternoon in reaction to the passing of RT Mavhungu, who was born in 1941.

“I really don’t know how many people we have lost since 1998. But it’s plenty, plenty. They died waiting to be compensated,” said Netshivhambe — a representative of the Nandoni Complaints Resolution Committee which represents the 1,401 beneficiaries.

Nandoni Dam, previously known as the Mutoti Dam, is an earthfill and concrete dam in Limpopo. It is located on the Luvuvhu River near the villages of ha-Mutoti, ha-Budeli and ha-Mphego in the district of Vhembe. It is about 40km southeast of Thohoyandou and 40km north of Malamulele.

On Monday, the Department of Water and Sanitation (DWS) released a statement saying it intends to finalise the compensation payment of the residents “by the end of the 2020/21 financial year next month (March).”

He said that so far 300 claimants had been paid through a process begun by the department in November 2020. Netshivhambe said there are 1,401 families affected by the relocation.

The story extends back to 1998 when the late Department of Water and Forestry minister Kader Asmal relocated residents from 33 villages around where the dam is now located.

Construction on the dam started in 1998 and was completed in 2005 at a reported estimated cost of R373-million. But more than 700 of the affected families are still waiting for redress.

In March 2020, a meeting of the Parliamentary Portfolio Committee on Human Settlements, Water and Sanitation heard that Nandoni Dam — which serves three water authorities — still had five pipelines to supply a total of 72 settlements under construction.

The meeting also heard that the Nandoni Water Treatment Works pipeline to Vuwani (NR7), initiated in October 2014 at a cost of R115-million, was yet to be completed.

This means many of the people relocated to make way for the dam still have no access to clean water.

The compensation process has also been marred by delays. A Resettlement Action Plan was set up, comprised of representatives from the department, contractors BKS (Pty) Ltd and the Community Resolution Committee (which consisted of affected individuals and communities from 33 villages), the Vhembe district municipality and traditional leaders.

The committee negotiated issues including the compensation for loss of land, property, natural resources and medicinal plants and graves. The relocation process affected homesteads, orchards and agricultural fields for subsistence and small-scale commercial farmers.

The process was weighed down by challenges that led to the Office of the Public Protector holding public hearings in the area in 1998. The Parliamentary Portfolio Committee also held a meeting on the matter in November 2019.

Netshivhambe’s field, where he used to plant mielies for subsistence, and a thriving orchard from which he made a living from citrus fruit in Tshaulu, 42km from the dam, also made way for the water pipeline.

“I used to plant mielies. Then once they were ready we harvested the crops and took them to the mill so we could have mealie meal. We never used to buy mielie meal because we produced our own food. But after the construction of the pipeline I can no longer farm,” said Netshivhambe.

The United Nations Declaration on the Rights of Indigenous Peoples (UNDRIP) adopted by the General Assembly in 2007 declares that “States shall provide effective mechanisms for prevention of, and redress for any action which has the aim or effect of dispossessing them of their lands, territories or resources.”

It further said: “No relocation shall take place without the free, prior and informed consent of the indigenous peoples concerned and after agreement on just and fair compensation and, where possible, with the option of return.”

The Department of Water and Sanitation said in the statement on Monday that the communities “were moved to modern houses and offered vast patches of land for orchards as part of their compensation deal”.

Netshivhambe acknowledged that those who had been moved had been allocated decent housing, but said there was dissatisfaction over the failure to compensate subsistence farmers, based on their annual yields since the relocations started.

“The department has committed itself to complete the process of payment by the end of next month which is the end of national government’s financial year. The claimants will be compensated according to the size of land they lost before compensation, in line with the value of the land before relocation. This means that the claimants will be paid different amounts,” Khumalo said.

He noted that in October and November 2020, deputy minister of water and sanitation David Mahlobo visited the area to meet affected residents, community leaders, traditional leaders and officials of Vhembe district municipality to discuss their compensation. He said at both meetings it was agreed by delegates to speed up the compensation of residents. In December of 2020 the Minister of Human Settlements, Water and Sanitation, Lindiwe Sisulu, also met community and traditional leaders to confirm the compensation deal.

“As a result, 300 affected families have already been paid their compensation and the department is in the process of paying outstanding families,” Khumalo said.

Netshivhambe confirmed that 300 beneficiaries had been paid since the visits by Mahlobo and Sisulu, but said the helpdesk assisting the members of the community had expressed frustration with the submission of incorrect banking details by some applicants.

He said the Covid-19 lockdown — imposed by the government in March 2020 to curb the spread of the virus — has also made it impossible for the beneficiaries to meet over the matter.

He expressed frustration that most beneficiaries had no access or ability to use online services to file their documentation, which he said led to further delays as applications had to be processed manually.

“We have dealt with so many ministers since 1998. From Kader Asmal, Gugile Nkwinti, so many, and now Sisulu. We are tired. Our people are dying,” said Netshivhambe.

But Khumalo said the Department of Water and Sanitation “is intent on bringing the matter to a close as quickly as possible.”

He also said beneficiaries were in the dark about whether the department would adhere to the recommendations of a 1998 Public Protector’s report that they be offered alternative land for ploughing.

“In 1998 the Public Protector said we should be compensated within six weeks with interest. It’s now how many years later and we are still waiting? They have been playing delaying tactics for a long time. We don’t even know the details of the valuation report. How do we know if people are being paid according to what the evaluators suggested?”

Khumalo said in the statement that queries by the claimants on their payments would be attended only to after everyone had received their compensation. He said the department appealed to affected communities to be patient as the process to finalise their compensation continued after their relocation.

“The DWS is intent on bringing the matter to a close as quickly as possible,” said Khumalo. DM