Virtual State of the Nation Address: When rote security...

Virtual State of the Nation Address: When rote security habits threaten to outshine the solemn occasion 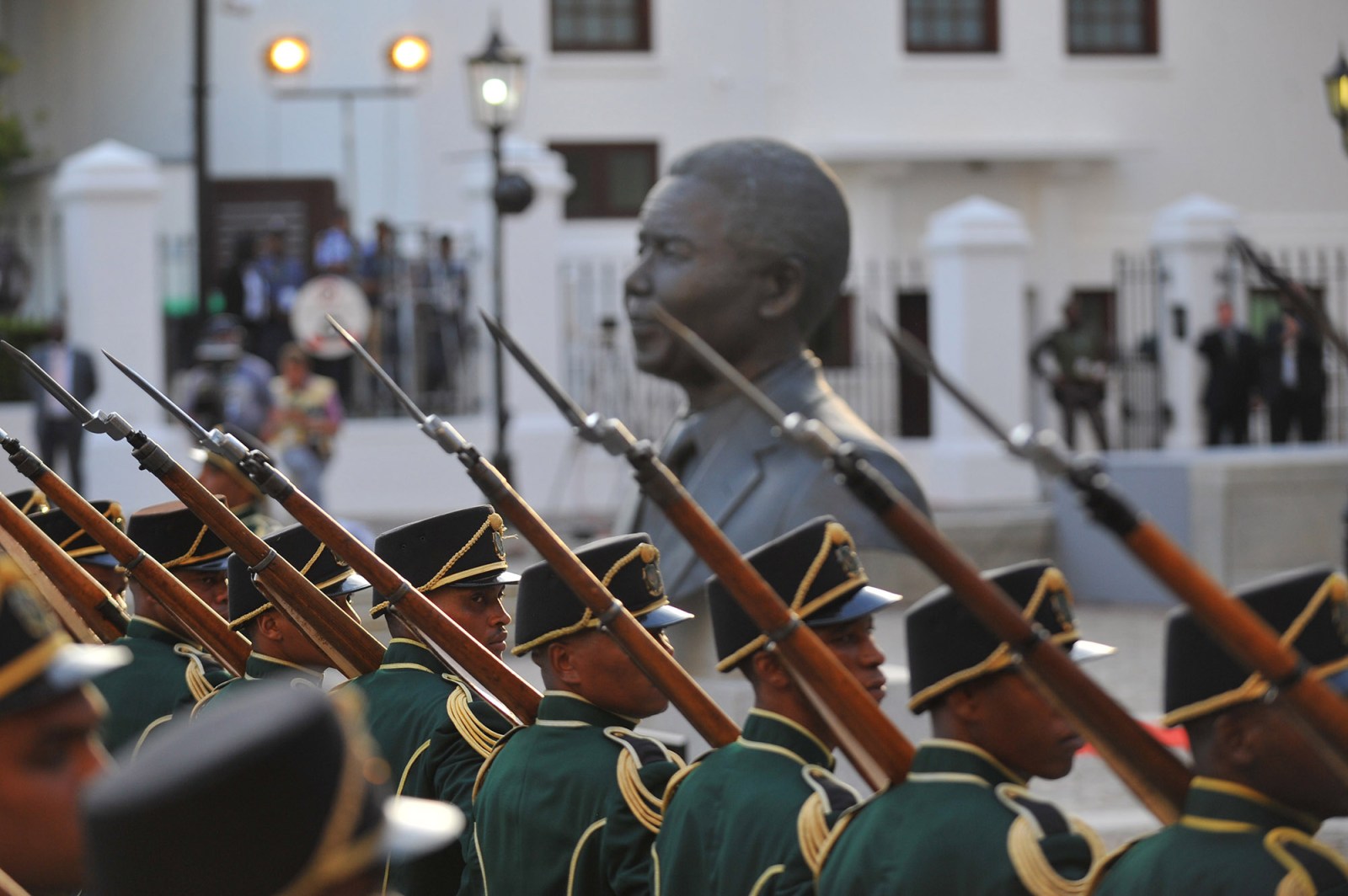 Old habits die hard: The securocrats will once again make sure security is in place for Thursday's low-key State of the Nation Address in Parliament. (Photo: Gallo Images / Brenton Geach)

The securocrats got their Sona. But it’s not clear if Parliament or South Africans will get theirs when President Cyril Ramaphosa takes to the podium in the House at 7pm on Thursday.

This year’s State of the Nation Address (Sona) is being held in memory of the 46,869 South Africans who, by Wednesday, had died as a result of Covid-19.

The solemnity of the occasion has been clear since the first briefing by Parliament’s presiding officers in January, when it was announced Sona would be a hybrid session with just 50 people in the House and no red carpet or military parades.

Apart from the president, his deputy and presiding officers, also in the chamber for the joint sitting of both Houses of Parliament will be Deputy Chief Justice Raymond Zondo and Supreme Court of Appeal Judge Dumisani Zondi.  On the benches will be 30 MPs – 14 from the ANC, five from the DA and one each from the IFP, Freedom Front Plus, ACDP, GOOD, Cope, National Freedom Party, African Transformation Movement, Al Jama-ah and the Pan Africanist Congress. The EFF will participate on the virtual platform only.

That Sona 2021 would be a solemn, dignified occasion – with strict adherence to Covid-19 health and safety protocols – was reiterated on Wednesday in another briefing by parliament’s presiding officers who also announced a candle-lighting memorial ceremony at the entrance to the House.

“We want to express, in the simplest way as Parliament, the serious losses we have experienced,” said National Assembly Speaker Thandi Modise. “We have lost members (MPs). We have lost relatives. South Africans are dying.”

But the securocrats have their own ideas, getting stuck on the notion that Sona always needs special security, not least because Parliament is also a national key point.

And so, for the last couple of days, as in previous years, manhole covers were checked and sealed and special Sona accreditation tags issued. The vehicle inspection facility is in place, not at Hope Street, but at a parliamentary parking lot nearer the precinct.

Sniffer dogs have been moving around the parliamentary precinct, as have members of the bomb squad, as observed by this reporter. Military personnel, many of them in navy whites, were also spotted along Parliament avenue checking things out.

Police officers, some of whom are usually based at Parliament, have been patrolling the corridors of various buildings.

At 4pm on Thursday, Parliament will go into its own lockdown and no one will be allowed to enter.

Road closures and parking restrictions affecting at least two blocks around Parliament kick in on Thursday just after midnight. These will remain in place until 10pm that evening, limiting access to many city delis, restaurants and shops already hard hit by the Covid-19 lockdown restrictions. The Company Gardens, the only green spot in the CBD for office workers to enjoy lunch in, will be closed from 6am.

It is understood that as far as Parliament is concerned, only the immediate area outside the gates will be a so-called restricted zone.

SAPS national spokesperson Brigadier Vish Naidoo said, “Given that it is a virtual Sona, we have adapted the security measures we usually put in place.”

NatJoints (National Joint Operational and Intelligence Structure) confirmed the road closures and the usual Sona no fly zone over Parliament.

“We call on those who would like to air grievances or stage protests to do so within the confines of the law,” NatJoints said in a statement, which identified two areas for protests – one at the Grand Parade and the other at Hanover Street.

At Wednesday’s briefing, Parliament’s presiding officers said their authority ended at the border of the precinct. National Council of Provinces (NCOP) chairperson Amos Masondo said security would be at normal levels.

“We will not have soldiers or police on the precinct,” said Modise, adding that the security cluster would have its own security arrangements outside the precinct that might be dictated by the possibility of protests.

Ramaphosa comes to Parliament at least four times a year to answer questions in the House. It’s no big deal security-wise as his convoy arrives and departs without fanfare. And while Covid-19 lockdown restrictions meant a couple of appearances were made virtually in 2020, it can’t mean this way of doing things has been forgotten suddenly.

Thursday’s Sona could have been another day at work – and a dignified walk from the presidential Tuynhuys offices to the National Assembly, either the shorter back route, or for a nice photo op via the front, past the bust of Madiba. And maybe that’s what the television cameras will show in carefully orchestrated and controlled visuals.

But the whole security machinery had to get its claws into Sona Day.

Often the standard security operating model is a joint operations structure – call it JOC (joint operations centre) or whatever. Putting everyone together means easy blame-shifting.

The executive is supposed to respect the legislative sphere of state. That would mean the security services should fully brief Parliament, but that this doesn’t happen became clear in 2015 when a signal jammer was left behind, according to the official version by a junior SSA operative.

And what the days before Sona 2021 have shown is that security services have a one-plan-fits-all approach. And they are left flailing should there be such a radical deviation from the norm, as has happened during Covid-19.

The reality is, given the disarray of intelligence services, it’s unlikely that any proper analysis of threats and risks would have been prepared. So it’s to the fallback position – prepare for all eventualities.

The failure to adapt is indicative of a narrow kragdadigheid approach – security as a show of force rather than the protection of principals. But that serves no one and no occasion, and is a sign of the depth at which state institutions are captured, not necessarily by corruption, but by a lack of imagination, flexibility, transparency and responsiveness. DM