Respect the Constitution and continue the distress grant 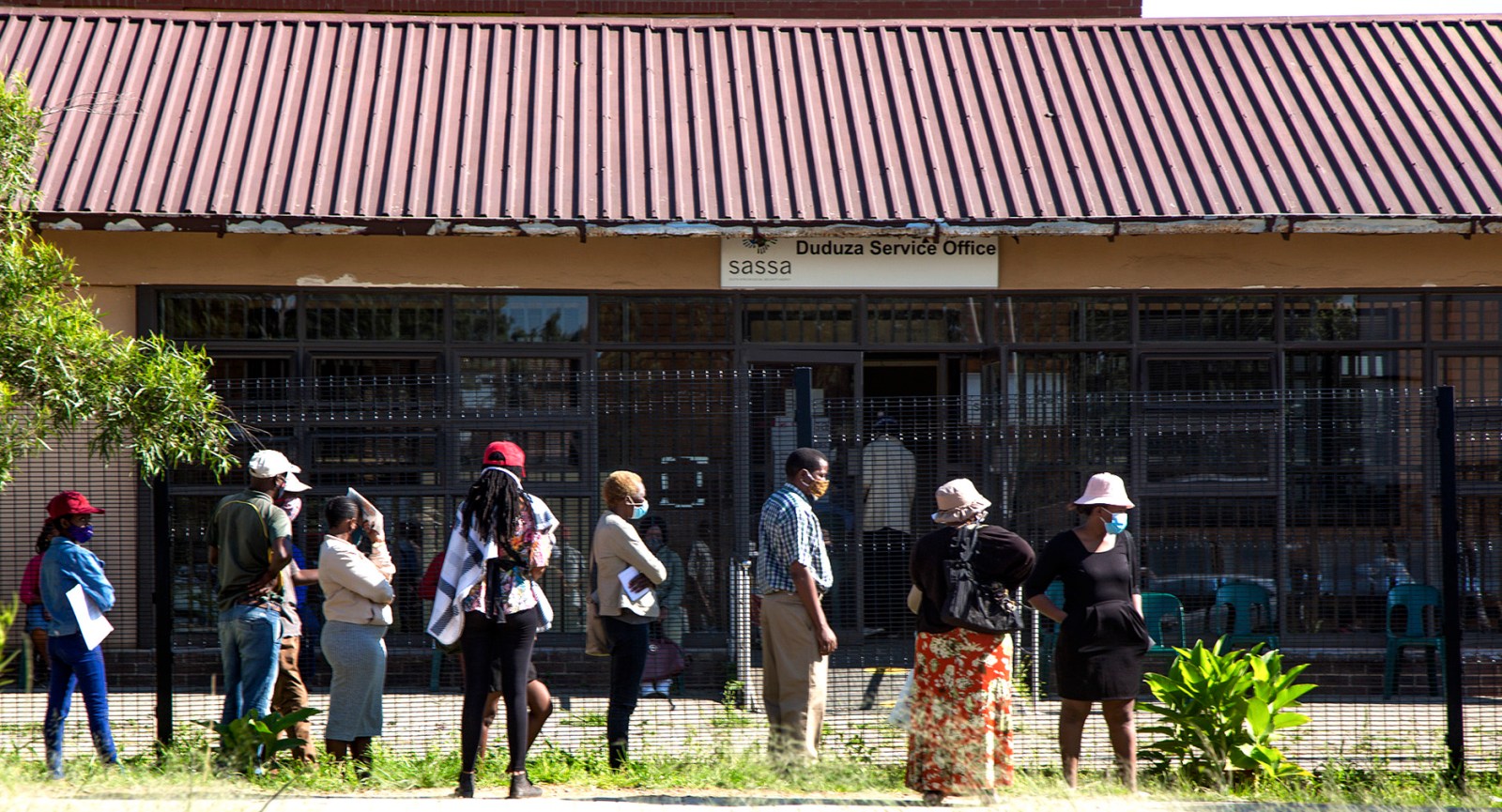 On the eve of the 2021 State of the Nation Address by the President, I write this to state unequivocally that he must announce the continuation of the Social Relief of Distress grants. It must be done and we have the means for it to be done. History shall judge harshly if it is not.

The Preamble of the Constitution includes the following words:

“We therefore, through our freely elected representatives, adopt this Constitution as the supreme law of the Republic so as to Heal the divisions of the past and establish a society based on democratic values, social justice and fundamental human rights… (to) improve the quality of life of all citizens…”

The Constitution is the supreme law of the land. No ruler, no expert, no adviser and even no leader has more power or greater discretion. Section 2 specifically provides that its provisions must be fulfilled, and any act done in contravention of its provisions is invalid.

Section 1 affirms the founding principle of human dignity. Human dignity is enshrined as an inalienable right in Section 10, located between the rights to equality and the right to life.

The South African Constitution won international recognition for making the socio-economic rights in its Bill of Rights justiciable. This affirms the power of this social contract, like any binding legal contract. So the state is obliged not only to defend people’s rights, which goes back to liberal notions of statecraft, but also to promote and fulfil the socioeconomic rights in the Constitution. It has a positive duty to ensure that rights are met.

Section 27(1)(c) bestows on every person the right to social security and social assistance to the poor. The state is obliged to use “maximum available resources” to fulfil these rights under the Constitution, read with the binding UN International Covenant on Economic, Social and Cultural Rights (ICESCR) which South Africa has ratified.

“Social assistance” is the social policy term for income grants that are paid through taxed revenue. These grants thus provide a system of redistribution where the market fails to regulate distribution of income sufficiently for people’s needs to be met. It is the stabiliser or corrector to ensure social stability.

The provision of social security by the state is a necessary state action. This is not an act of charity or largesse, and a decision to not do this, to not use the maximum available resources at hand to deliver social assistance, is by application of the Constitution, an invalid decision.

The social security legislative framework that we have is built on an earlier apartheid law that provided assistance to poor white children, the elderly and the disabled. Coloured and black African children and elderly got some pittance unless and until they were no longer deemed to be citizens of South Africa. Working-age whites were protected through labour market policies of job reservation and otherwise had access to the short-term relief of the UIF (Workman’s compensation).

The result is that there is no social assistance grant for working-age people. There is, however, a thing called a Social Relief of Distress (SROD) grant. The SROD grant is included in the Social Assistance Act of 2004 as a discretionary grant that can be awarded in instances of distress. In previous years I argued – unsuccessfully – that chronic poverty is clearly distressing, and so poor working-age people should be entitled to access relief through this category grant.

But I was corrected and taught the distinction between destitution and distress. A SROD grant was awarded when an exogenous incident caused distress, such as the incarceration of the breadwinner. The distress brought about by structural poverty and unemployment was not the kind of distress to make you eligible for distress relief.

The announcement by the president of the use of the SROD grant category as a vehicle to provide relief to the millions of working-age people living in poverty last year as a Covid-19 relief measure was momentous. This announcement for the first time saw the state fulfilling its obligations to poor working-age people.

All extra grant payments except the Social Relief of Distress grant came to an end in October 2020. Through a massive wave of lobbying to the Treasury, the SROD grant continued until January 2021, but it has since fallen away as Treasury claims that it has no more money.

In the last pre-Covid quarter Labour Force Survey, the actual number of working-age people (38.8 million) who were working was just 16.5 million. While seven million people were officially unemployed, an overwhelming 15.5 million additional adult people were not counted as being in the labour force. This number included people who had just given up looking for a job.

In Shakespeare’s famous words of Shylock:

“I am a Jew… Hath not a Jew hands, organs, dimensions, senses, affections, passions? … If you prick us, do we not bleed? If you tickle us, do we not laugh? If you poison us, do we not die? And if you wrong us, shall we not revenge?”

So to begin to draw these pieces together.

The state has an obligation to give assistance to people who cannot meet their own needs. It has to use the maximum resources available to do so. A recent unpublished study by Duma Gqubule and me as part of a global recovery package analysis found that five times as much relief was planned for corporates as for rights-bearing people. So choices were made to allocate resources in a manner not in keeping with constitutional obligations.

On 8 February, Business Insider SA ran an article claiming that in January, Treasury found itself sitting with an unexpected surplus amount of R378-billion.

To commit to pay the SROD grant to those in need (including poor women who were getting the shorter-term caregiver’s grant), will cost just over R70-billion for the 2021/22 fiscal year. It would cost an additional R11.6-billion to make up for February and March 2021 payments. This R82-billion leaves plenty of change from the R378-billion for vaccines and other very necessary costs which would include the topping up of the UIF fund for workers.

Whether inspired by the vision of the Constitution or concerned by the thought of vengeance as occupied Shylock, the president in fact has his hands bound. No orthodox economic adviser can validly tell him otherwise. If the state is to act lawfully, the president must announce the reintroduction and correction of the Social Relief of Distress grant to cover all who fall outside of the current grants act as an immediate step while we talk about the mechanisms of a universal basic income grant.

To close, as we began, with the Constitution.

“May God protect our people.” DM/MC

Isobel Frye is the Director of Studies in Poverty and Inequality Institute.