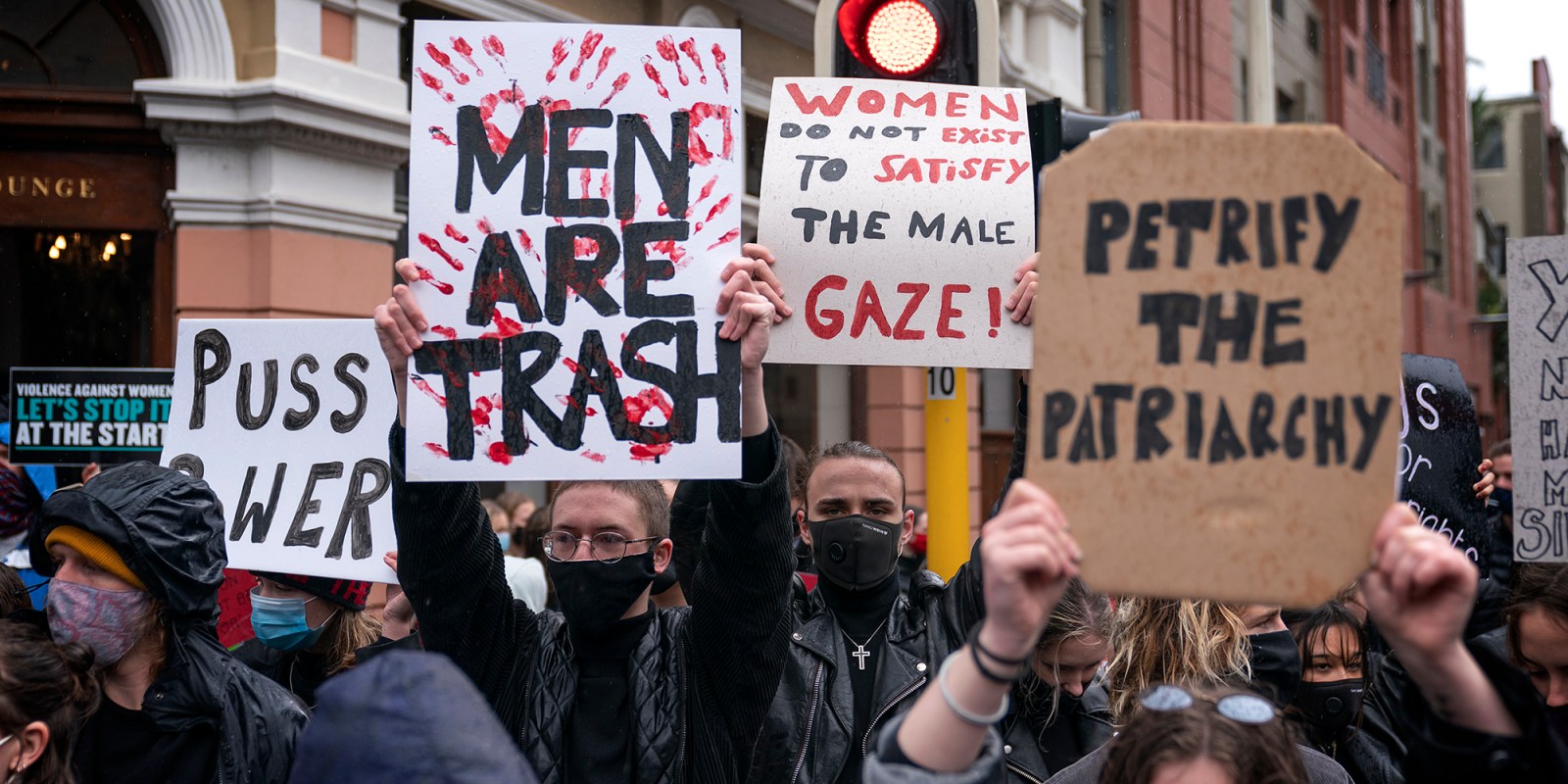 Protesters at a rally against femicide in the streets outside Parliament, Cape Town, on 29 August 2020. (Photo: EPA-EFE / NIC BOTHMA)

Gender activists have called on President Cyril Ramaphosa to use his 2021 State of the Nation Address to announce concrete measures to tackle the nationwide scourge of gender-based-violence.

Two sentences of life imprisonment were imposed on Lungile Nxelelwa by the Palm Springs Magistrates’ Court on Wednesday 10 February for the murder of his girlfriend, Keneilwe Pule of Sebokeng. Nxelelwa killed Pule in the most brutal manner, using an angle grinder to dismember her.

The brutality of the case added to calls for President Cyril Ramaphosa to announce measures designed to end the scourge of GBV.

“It is important that the president addresses and makes a concrete commitment to ending GBV in [Thursday’s] Sona [State of the Nation Address] not only due to the loss of lives, but it is important to put women at the core of budgetary and any post-Covid-19 economic recovery measures,” GBV activist Nomahlubi Jakuja said.

Professor Amanda Gouws of Stellenbosch University said, “I think [Ramaphosa] is under great pressure and the women’s lobbies in this country will hold him to account. But I do not think [GBV] will be a number one or two priority.”

The Commission for Gender Equality welcomed Nxelelwa’s tough sentence and made a plea for consistency.

“The commission believes Nxelelwa’s sentencing continues the same trajectory that the Commission for Gender Equality is advocating to see consistency and harsher punishment for the perpetrators of GBV&F [gender-based violence and femicide].”

Researcher, political analyst and gender and human rights activist at Wits University, Dr Hlengiwe Ndlovu, said the pressure on the president was not merely to acknowledge the scourge, as he had already satisfactorily done this.

“He needs to outline a strategic plan and how it is going to be implemented. As a nation, we are tired of statements, we now seek clear intervention mechanisms and a clear outline of accountability.

“The president needs to outline how we are going to implement this, but most importantly, how those responsible for implementation will be held accountable.”

Jakuja said: “Tough sentences are good, but they need to be accompanied by a systemic change that seeks to destroy the roots of GBV by ensuring a non-violent and equal society where women are fully guaranteed safety as part of the social contract.”

When asked if tough sentences alone were enough to end the GBV scourge, Gouws said, “No, absolutely not. There is a lot of research to show this. Harsher sentences bolster the carceral state, but do not alleviate the problem. What we need is prevention.”

Ndlovu said that while harsher sentences are widely celebrated, there was a need to review prison programmes for GBV and femicide offenders, as well as parole, because communities and even victims have to mix with the offenders again when they qualify for parole.