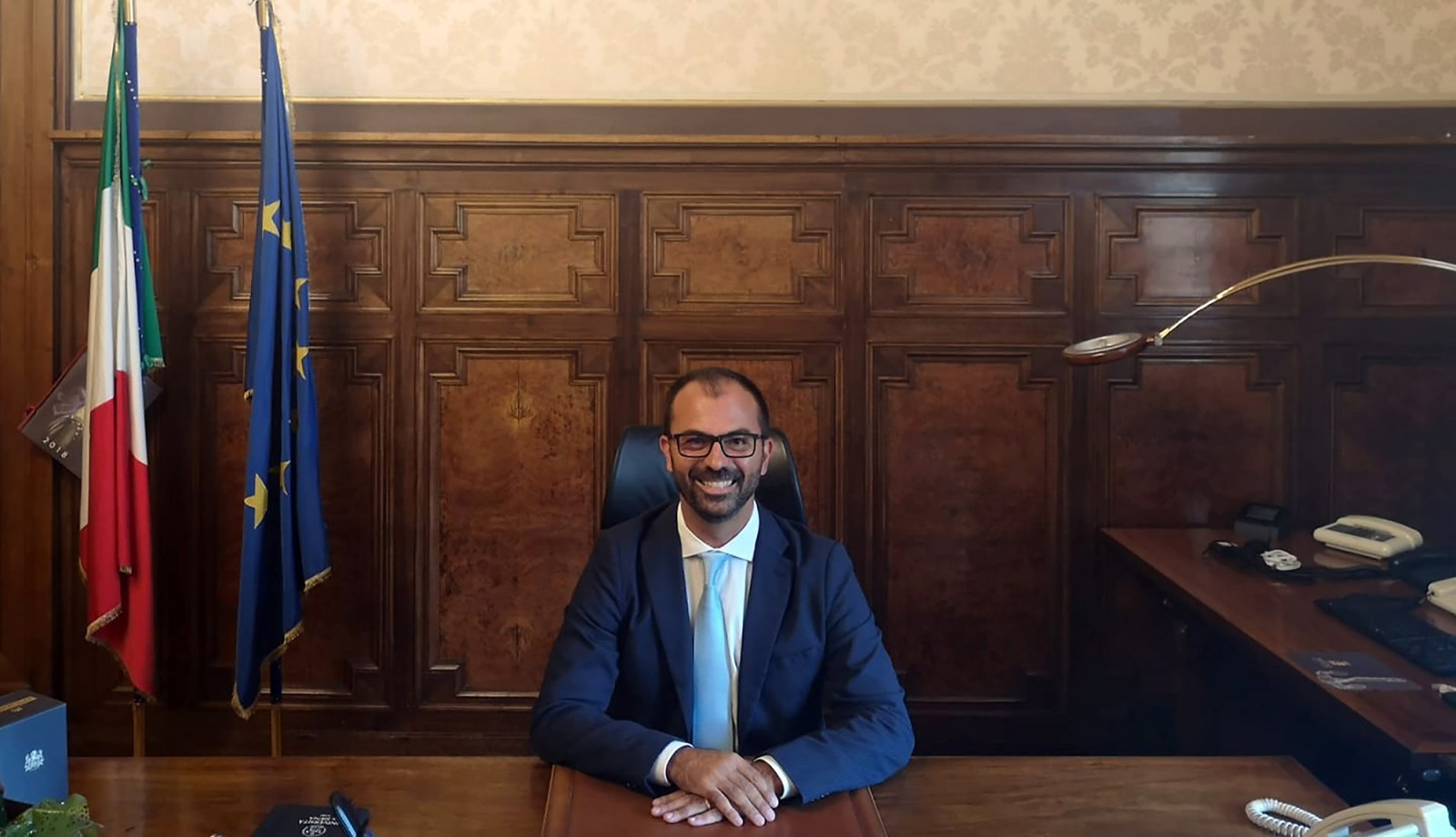 A wellbeing economy is not a utopian ideal, it’s understanding the difference between how much you consume and how well you consume as a key to a healthier, happier life. Professor of political economy Lorenzo Fioramonti gets it.

A good day in the office is one that comes to an end. Lorenzo Fioramonti knows there’s a point where productive work becomes drudgery, and adding more hours to the mix hoping for a different outcome is wishful thinking or plain stupidity.

“I’d rather be at home, making love to my wife,” he says. The professor of political economy at the University of Pretoria is a wellbeing economy proponent. It means his wife, his children and his happiness are at the centre of his universe. But it is the opposite of self-indulged dolce vita.

More accurately, a wellbeing economy strikes closer to understanding that devoting more energy, time and effort to personal contentment allows for a clearer perspective that others’ contentment matters as much.

Giving a damn about others comes with trusting that there is enough to go around because a society deliberately sets it up that way. It also means personal aspiration, pursuit of happiness and defining individual needs and fulfilment are not nonsense whims, but part of what a healthy collective of people enjoy. It’s not a quest for everyone to be equal, it’s for societies to be more equitable, says Fioramonti.

“In a sentence, the wellbeing economy is not about how much you consume as a measurement of wealth, but about how well you consume,” he says.

Fioramonti says the common sense of a wellbeing economy was a personal aha moment when he got married and later had his two sons. It just didn’t make sense to choose a life with his beloved, then to spend time clock-watching at a job.

Making a wellbeing economy a reality means breaking free from thinking about success or happiness as what comes from perpetual growth, from endless consumption, accumulating stuff and the fixation on measuring standards like GDP data (or a bank balance). It’s also not destitution or subsistence as the lowest bar of survival, nor does it mean you have to give up your cappuccino and swear off your spa dates.

“It’s just good economics: things you don’t need are a huge cost to you, so we need to get rid of surplus in our lives. And if you generate wealth at the cost of your health, your family, community and the environment then you’re simply undermining yourself – there’s a cost to your salary,” Fioramonti says.

In his example, your bank balance may get fat with extra zeros but you’re paying for aftercare for your children who you no longer get to spend time with; you’re buying highly processed takeaways more often because there’s no time to cook or sit down for a meal; your stress skyrockets and you’re sad a lot so you pop more pills and turn to doctors and therapists. It is a giant minus in the wellbeing column of your life – it’s not balance.

Making a leap to a wellbeing economy does take effort, of course, and very real targets must be met. Governments need to invest in quality public health systems and early childhood education and support. It’s also paying better living wages to the most vulnerable, and safety nets for those without work. There’s a focus on taxing wealth more – that surplus – and not income, and using innovative incentives to normalise healthier choices.

“Governments subsidise airlines, but don’t make bicycling safer and more viable for more people. You pay more for an organic apple than one grown in an industrialised way. And it’s still seen as the bourgeois option to use less plastic and to buy organic when it should be the norm. We could be making it easier and cheaper for people to choose solar panels over a diesel generator that pollutes more,” he says, of examples of inverting the status quo.

Fioramonti is Italian and came to South Africa about 20 years ago as a deliberate choice to test the principles of how to build a wellbeing economy where it seemed impossible to do. It’s in South Africa’s highly divided, deeply unequal churn with its blood-soaked history, rage and loss that he believes a wellbeing economy can be applied.

“South Africans are incredibly friendly people. You may fight a lot with each other, but people are generally very open and if you’re going to build a wellbeing economy you need people who at least like people. And then you also have this amazing natural environment, a lot of it just outside your window, and a connection to nature is a foundation of wellbeing,” he says.

Fioramonti doesn’t mind failing either, because it allows for new perspectives to take root, for tweaking and trying again. Also, as a historian by training, he says revolutionary ideas may spark into being in glorious ignition, but slow burn is what turns them into the norm. It’s why in 2018 he took a break from his University of Pretoria role to take up the job as minister of education in the Italian government.

“It’s precisely because I wanted to apply principles of a wellbeing economy [to] daily politics, government action and economics. It’s for people to look at how they are living and the effects it has on their health. At school level you can start changing young minds early on,” he says.

His two years as minister were a mixed bag. He’s candid that he came up against media smear campaigns that were an unexpected and personal obstacle. At the same time, using a platform of significant power also meant being able to put changes in place, including banning junk food for sale in schools. It was pushing against big corporates to accept more public health responsibility rather than chasing profits from sugar rushes and instant gratification.

He returns to SA this year, back in the role as teacher, thinker and researcher wearing his professor’s hat. He keeps at it because he says a wellbeing economy is not a utopian ideal, but rather economics that awakens people to a chance to make different choices for happiness.

“Finally, we will get to the point of realising that living a life where wellbeing matters is living in a society that is better. It’s not a sacrifice. It’s the opposite. It’s a society of plenty; it’s a society of luxury, a luxury of time and better health.”

And Fioramonti, as the good historian, says history’s lesson is that it takes people to nurture ideas so they can be handed to the next generation – “to keep the fire burning”, he says. Change comes in this passage of time, also with some patience. And as a good Italian he also says: “Rome wasn’t built in a day.” DM168