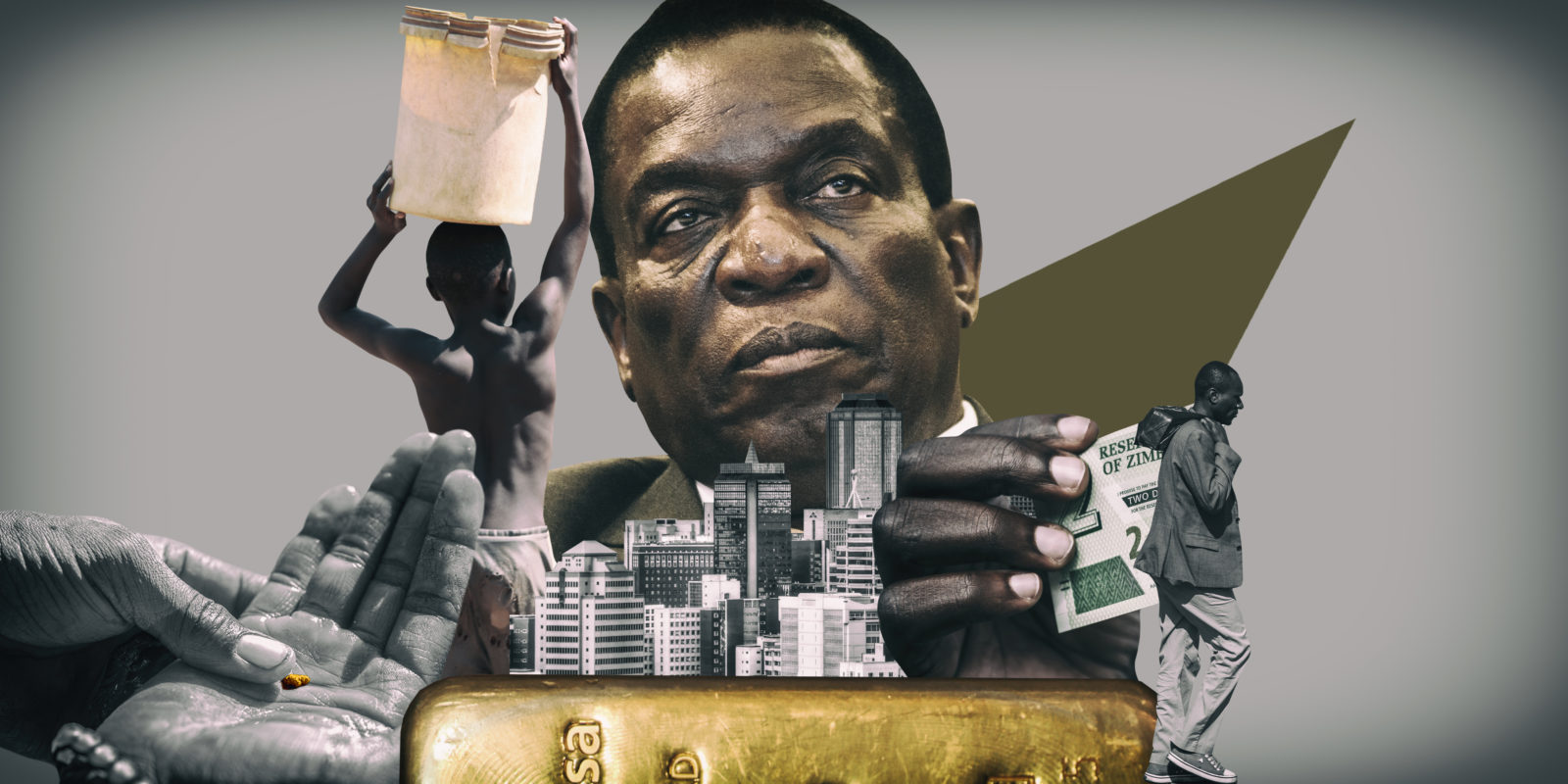 The publication by Maverick Citizen of the Report on Cartel Power Dynamics in Zimbabwe has raised some important questions about the presence and impact of cartels in Zimbabwe in particular and Southern Africa in general.

The report finds that there is consensus across political parties, academics, and wider society that cartels “go against the public interest” and are characterised by collusion between the private sector and influential politicians to attain monopolistic positions, fix prices and stifle competition.

In Zimbabwe, as the report finds, “institutions for regulating property rights, law and finance have been ensnared, and are actively abused to facilitate rent-seeking by cartels”.

It finds two key motivations for cartels – rent-seeking and political financing – and finds a close symbiotic relationship between actors that seek self-enrichment through rent-seeking and the ZANU-PF party, which seeks funding that can be illicitly channelled from government to the private sector.

Anecdotal coverage of these cartels and corruption in press reports point to a high incidence of abuse of power by officeholders as a means to generate ill-gotten profits for themselves and their cronies. This comes at a cost to ordinary citizens who are faced with high inflation, eroded incomes, food insecurity, shortages of fuel and water, and an outbreak of Covid-19.

The cartels impact Zimbabweans in multiple ways – entrenching their patrons’ hold on power, retarding democratisation, destroying service delivery for citizens and creating an uncompetitive business climate. All this leaves Zimbabweans poorer and increasingly under-served by their government and disempowered to hold the state to account.

The word “cartel” is used widely across Zimbabwean society to describe corrupt business practices with the collusion of political leaders. Media, academia and civil society have used “cartel” to describe “crookedness by selfish individuals, social classes, and/or groups and institutions to fleece an already sorry population without caring too far about it”; state capture (a concept many South Africans are familiar with) and “the complicity of the state elite and the business community for the purpose of self-enrichment”.

One journalist interviewed for the report put it more bluntly: “Cartels and the ruling elite are one and the same thing”.

Cartels are formed to transfer wealth from consumers and public funds to participants in the cartels (this is what we call “rent seeking”). The undeserved or unearned profit that rent-seekers gain is defined by economists as an “economic rent”.

Natural rents arise from the differences in naturally occurring factors such as the quality of agricultural land, climatic conditions and concentration of mineralisation on mineral claims. These allow some market players to be more profitable than others without the use of more capital, labour or entrepreneurial prowess.

In contrast, man-made rents arise from:

A man-made economic rent, therefore, is the unnecessary portion of a payment that is made for goods or services, simply because the producer has the market power to charge it. This rent is also a social welfare loss, as Zimbabwean society could have gained the same goods and/or services without paying as much.

The report shows that a complex mix of political, economic and social factors create an enabling environment for cartel-based corruption and that some of these factors have been part of the fabric of Zimbabwe for over a century.

For example, Zimbabwe’s political structures enable cartels because of the country’s non-inclusive “winner-takes-all approach” to elections, accompanied by violent transitions that involve the military and, as the US Department of Treasury recently put it, the repeated use of “violence to silence political dissent and peaceful protests”.

Zimbabwe also has extractive institutions that “remove the majority of the population from participation in political or economic affairs”.

Economic structures that enable cartels include a notoriously unstable macro-economic framework, dependence on finite resources such as land and minerals, and the size of Zimbabwe’s predominantly informal economy.

The situation is compounded by the state’s significantly large role in the economy (in which one out of every two dollars spent comes from the state) and Zimbabwe’s position as a key node in the region’s infrastructural network, which makes the country vulnerable to cross-border illicit financial flows.

The role of the private business sector

These structures create a perfect storm in which the private sector is incentivised to target public expenditure (public tenders) as its main source of income by colluding with public officials. This outcompetes Zimbabwe’s huge informal sector’s prices by avoiding taxes and statutory fees.

The private sector also actively seeks ways to avoid the impact of macroeconomic instability on its revenues and savings by, for example, externalising foreign currency or colluding with public officials to guarantee access to scarce foreign currency from the Reserve Bank of Zimbabwe (RBZ). These economic structures create unfair conditions and further enable cartel activity.

These countries are either financially secretive or have weak anti-money laundering legislation, which allows for economic actors (Zimbabwean and foreign alike) to exploit these vulnerabilities by engaging in cartel behaviour. In many cases, these actors are private individuals but in others, they are connected to state apparatus.

Social structures also serve to enable cartel behaviour through the co-option of traditional leaders and the largely neutral stance of churches on politics, which has weakened society’s response to the excesses of the power of the state.

The report finds three types of cartels in existence in Zimbabwe:

One example of the collusive relationships between private sector companies relates to the under-reporting of tobacco invoicing. In 2019, China and South Africa reported to the UN’s Comtrade system 55 and 85 million kilograms of tobacco imports from Zimbabwe, respectively, at an average price of US$9.06 per kg.

This points to under-pricing of exports, where tobacco, which is being directly exported to China at market price, is purported to be exported to a South African middleman who receives the payment from China, retains a significant amount in South Africa, and remits a smaller amount to Zimbabwe as the export price.

Given that 99.5% of tobacco exported to China from Zimbabwe between 2014-18 was falsely declared as exports to South Africa, there are clear indications that certain exporters are colluding to keep export prices low.

For example, one key interviewee in the report noted: “prices at which the tobacco is actually sold are higher than the prices declared by the exporters to the government”.

An example of both abuse of office by public officeholders for self-enrichment and collusive relationships between public officials and the private sector relates to Zimbabwe’s Sabi gold mine and, more broadly, to the changes of ownership in the formal gold mining sector since the 2018 coup.

Shortly after independence, the government acquired Sabi through a State-owned enterprise (SOE), the Zimbabwe Mining Development Corporation (ZMDC). At the time, gold prices were high (US$850 per ounce after adjusting for inflation). By 2002 however, a deterioration in the macroeconomic environment in the country and a drop in gold prices (down to US$450 per ounce) led to the closure of the mine between 2002 and 2003.

Despite rising gold prices in the years thereafter, attempts to find investors to help resuscitate the mine were futile as the macroeconomic and political environment continued to deteriorate.

The mine reopened in 2016 and output reached 240kg per annum by 2018. A quadrupling of the gold price over the last 25 years has vastly increased the economic rents generated from mining gold and attracted greater attention from rent-seekers.

In mid-2020, as gold prices reached 25-year highs, the ZMDC shareholding in Sabi was reportedly in the process of transfer to Landela Mining Venture, a subsidiary of Sotic International – both of which, according to the report, are owned by Kudakwashe Tagwirei, a businessman who is an advisor to President Emmerson Mnangagwa and widely regarded as a key benefactor of ZANU-PF. Mnangagwa himself has said that Tagwirei is a relative – “my nephew”.

Landela was also said to have signed agreements to buy ZMDC’s equity in three other gold mines. In 2018, the Zimbabwean press reported that Tagwirei had gifted luxury vehicles to President Mnangagwa, Vice-President Constantino Chiwenga, Minister for Agriculture Perrance Shiri, and other ZANU-PF senior officials.

According to reports of court proceedings, Chiwenga later admitted to receiving a Mercedes Benz and a Lexus via the government’s Command Agriculture Programme, an initiative allegedly bankrolled by Tagwirei.

There are numerous other examples in the report which, more than anything, show how cartels are deeply entrenched in many parts of Zimbabwean life.

Zimbabwe’s society has been described as “fractured and broken” as a result of successive waves of violence and human rights abuses, whose victims have been targeted on the basis of their ethnicity, social class and political affiliation.

A key interviewee described Zimbabwe as having “limited social cohesion, which means as citizens, Zimbabweans can’t coalesce around a common interest”.

Having said that, there is a shared understanding across a significant proportion of Zimbabwe’s society that national dialogue is sorely needed, and that citizen agency is limited.

Under the current administration, the citizens of Zimbabwe and civil society can still make small practical steps towards curbing cartels, which would include:

This will not happen overnight, but it is an essential set of steps on the road towards a more prosperous Zimbabwe and Southern Africa. DM/MC