German Tuchel wants to engineer an efficient and ruthless Chelsea 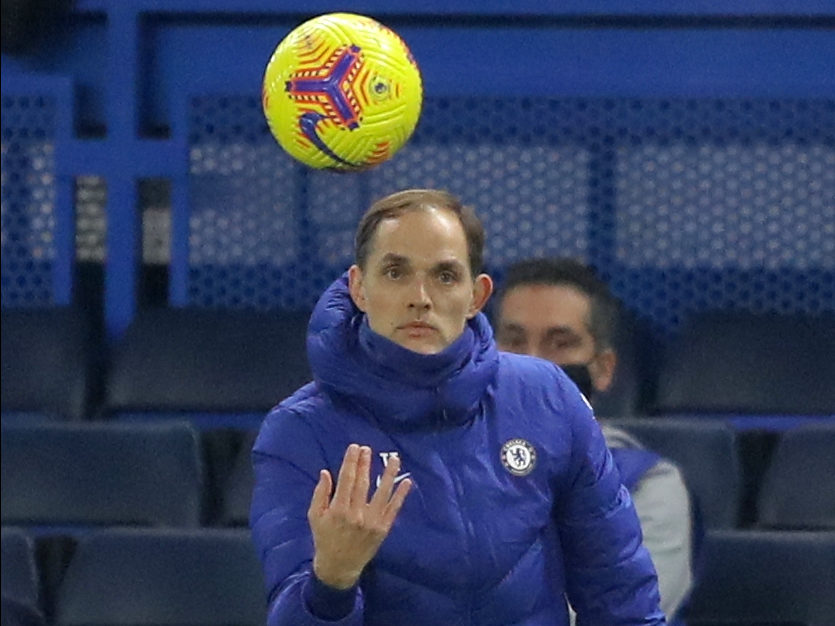 Thomas Tuchel has replaced Frank Lampard as Chelsea's manager. EPA-EFE/Richard Heathcote / POOL EDITORIAL USE ONLY. No use with unauthorized audio, video, data, fixture lists, club/league logos or 'live' services. Online in-match use limited to 120 images, no video emulation. No use in betting, games or single club/league/player publications.

He comes with an obsessively demanding personality and a knack for perfectionism, but if the new coach wishes to change The Blues’ fortunes he will need buy-in from the squad, and hastily too.

In his first two games in charge, Tuchel has already provided a clear indication of how he would like his team to play.

Under Frank Lampard Chelsea never appeared truly settled, seeming to lack a clear identity and style of play. That halfway through the season Lampard was still to pinpoint his ideal starting 11 is testament to this.

Under Tuchel, who has more than 10 years of first-team managerial experience, there will still be tinkering and shuffling of the deck. When done by Lampard, such actions emanated from desperately clutching at straws in the dark. Under Tuchel it’ll be because of obsessive insistence that his players grasp his tactical nuance.

Of course, the fact that he has joined the club mid-season and mid-slump will make it a bit more difficult for his players to absorb all he imparts to them immediately.

During his first game against Wolverhampton Wanderers, which he took charge of after just one training session, the team was already taking shape.

One of the first tactical switches Tuchel made with his first-ever Chelsea line-up was to play five at the back, with three centre-halves and two wing-backs. The surprise came when one of those wing backs chosen was winger Callum Hudson-Odoi.

The 20-year-old was Chelsea’s biggest attacking threat throughout the game with Wolves, and replicated that display during Tuchel’s first win as manager, when the Blues eased 2-0 past Burnley a week ago.

“I didn’t know he hadn’t played wing-back before,” said Tuchel of his decision to slightly alter the winger’s position. “Maybe it was a good thing I didn’t ask because maybe I would have doubted my decision.

“We just had one training session before the Wolves game. We were flying in on the same day and wondering what structure to implement to give the team a good feeling, and to have a solid block defensively but also to attack freely.”

The decision has already paid dividends, and Tuchel will be hoping the England international continues to grow into the role, with Reece James also available to keep him on his toes.

Another reason Chelsea’s hierarchy might have favoured Tuchel over other candidates, including Italian Massimiliano Allegri, is because of the German investment they made over the European summer.

The Blues spent a combined £116-million (R2.4-billion) on Kai Havertz and Timo Werner, who have both struggled to adapt to Premier League football since they moved from Bayer Leverkusen and RB Leipzig respectively.

Having a German coach might help foster a culture of inclusivity for the duo, and also help them regain their confidence.

As Lampard’s ill-fated tenure staggered to its conclusion at Stamford Bridge, reports of players displeased by the lack of tactical instructions as well as sufficient management from the manager came to light.

Tuchel is famed for wanting to foster individual relationships and understanding with his players. Speaking of Werner and how he plans to rejuvenate the German forward, Tuchel had this to say at a recent press conference:

“First of all, with every player, and of course with all strikers and Timo, we try to create a bond and a relationship,” said Tuchel. “Every person … is different. Some guys need something else, to be close, to be alone, to be pushed hard, a hug or whatever.

“So, we [need] to find out what suits him to feel comfortable and open up, then to feel comfortable again on the pitch. It is our responsibility to also create moments and situations to bring out his best, to attack the space behind the backline of defence, to use his speed,” added Tuchel.

Chelsea find themselves languishing way outside the top four, which would’ve been a minimum target for Lampard at the beginning of the season.

Tuchel, who started his senior coaching career at German side Mainz in 2009, will be expected to turn things around over the remaining games. With the number of quality players in the team, the Chelsea hierarchy still believes that Champions League qualification is still very much a possibility.

So, that will be the 47-year-old’s primary objective as he seeks to salvage the season. If he can bag the FA Cup along the way, that will add gloss to his exploits. But he will need buy-in from the squad, and hastily too.

“He’s only been here for a few days … and of course it will take time to adapt to his game and his way of playing,” defender Antonio Rüdiger told the club’s website recently.

“It’s been good so far and I think with the win on Sunday [against Burnley], we are showing positive steps. I think we showed in the second half that we played with a lot more intensity and that is what we’ve been working on in training with the new coach.”

The players will have to adapt in no time if the season is to be salvaged, and to ensure that they are in sync with Tuchel’s obsessively demanding personality and knack for perfectionism. DM168