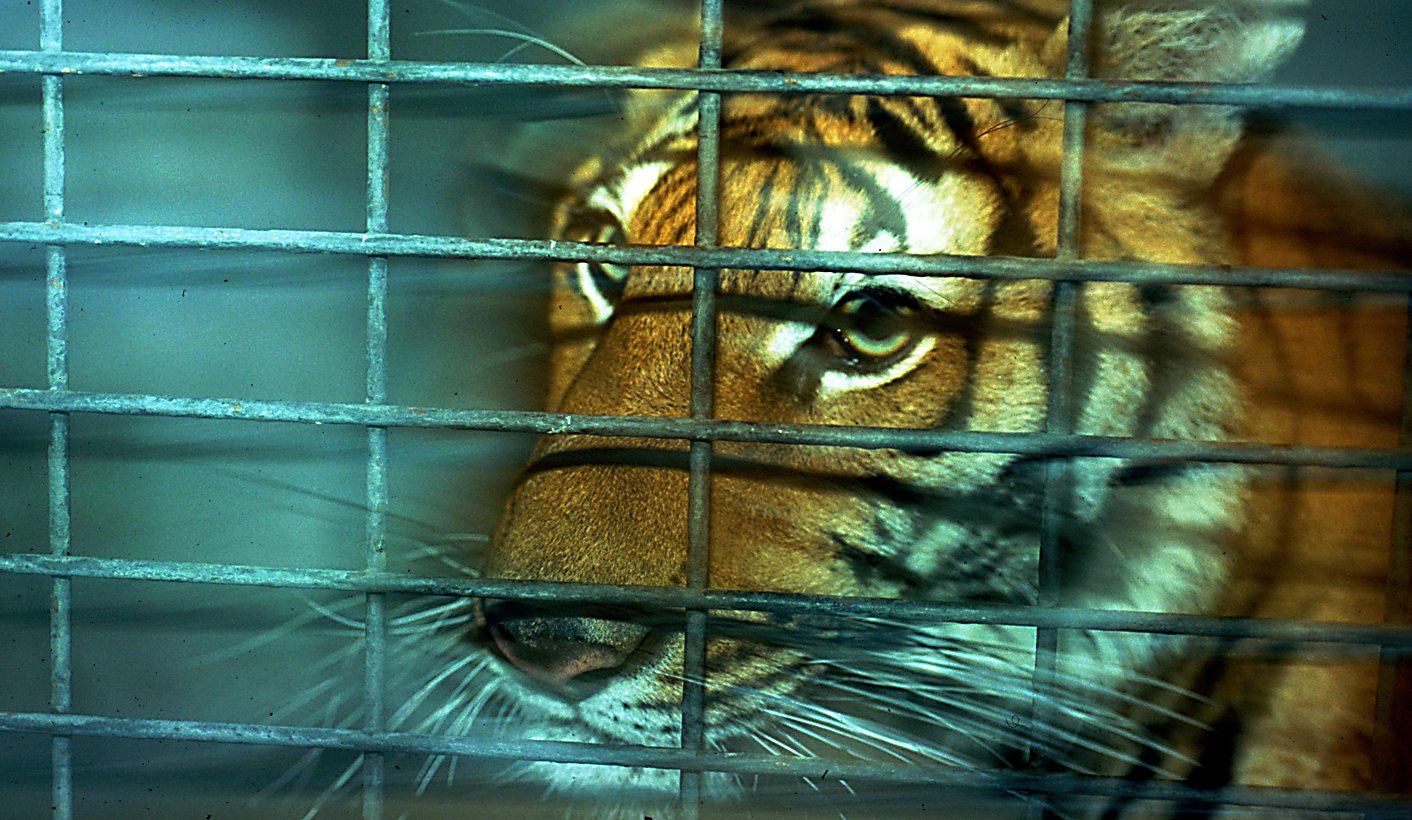 Conservationists have demonstrated that legalised trade and commercial breeding of wild animals stimulates demand, encourages poachers and smugglers and ultimately pushes species towards extinction in the wild. A new study supports this view.

People involved in the commercial breeding and trade of wild animals would have us believe that they are conservationists; that their industry – a growing and increasingly influential player in South Africa – contributes to the survival of species in the wild.

A sophisticated new study conducted in the huge Chinese market for wildlife products proves these assertions to be wrong.

What’s needed instead are more effective bans on the wildlife trade and the closure of breeding farms.

Many of Africa’s indigenous animals are under existential threat from human activities as their natural habitat is destroyed and their bodies consumed as “wildlife products” in the form of ornamentation, entertainment, food and supposedly medicinal substances.

In South Africa, wildlife ranchers and traders have built lucrative businesses on extracting financial profits from the country’s national biodiversity heritage by supplying international markets with everything from trophy hunting experiences and living animals for amusement parks to lion bones used in traditional Chinese medicine (TCM).

They argue that their activities, rather than being strictly profit driven and morally questionable, are beneficial to the conservation of animals in the wild. They suggest that by breeding species like lions in captivity and trading them on legal, global markets, demand will be satisfied and prices lowered, making poaching and trafficking unprofitable.

In sharp contrast, conservationists have demonstrated that legalised trade and commercial breeding stimulates demand, encourages poachers and smugglers and ultimately pushes species towards extinction in the wild. The new study supports this view.

A thousand adults in the People’s Republic of China were surveyed to determine the impact wildlife trade bans and breeding farms have on consumers of wild animal products, focusing specifically on bears, tigers, snakes and turtles.

The study is of special relevance to South Africa as China represents a major market for local wildlife exports and because the situation of tigers in China mimics that of lions in South Africa. More than 200 state-sanctioned tiger farms hold some 6,000 tigers in China, far outnumbering those in the wild. Similarly, significantly more lions exist in South Africa’s notorious lion-breeding farms than in national parks and nature reserves.

Participants in the study were presented with written scenarios describing the consumption of products like bear bile and tiger bone, and their responses were then statistically analysed.

The results show that when trade bans have been placed on such products, their consumption is considered to be significantly less socially acceptable and potential Chinese consumers expect more severe legal punishment if they purchase them.

On the other hand, when Chinese consumers understand that wildlife products come from breeding farms, this diminishes the stigma attached to their consumption, lowers anticipated legal consequences, raises social acceptability and is likely to stimulate demand. The author specifically notes that “farming tigers for medicinal use was associated with increased acceptability of tiger bone”.

Given these outcomes, it is reasonable to assume that Chinese consumers would feel more comfortable buying lion bone products if they were told that they were derived from animals bred on South African farms.

The study confirms the results of previous research which demonstrates that “tiger farming is more likely to increase aggregate demand for tiger products and stimulate higher levels of poaching” and refutes the claims of wildlife breeders and traders by emphasising that the data challenge the notion “that demand can be saturated through products from legal or farmed wildlife products”.

A 2016 South African study shows that wildlife farming can only contribute to conservation if:

The bottom line is that South African breeders and exporters of wildlife are likely to contribute to demand in very large global markets, making the poaching of animals in the wild increasingly attractive to impoverished locals who are willing to take risks in the face of few viable alternatives to make a living and regulations that are insufficient, poorly enforced and frequently rendered ineffective by corruption.

If this fatal flaw in the industry’s stated reason for existence wasn’t enough, it is riddled with numerous other problems.

Wildlife breeding farms are reservoirs of dangerous zoonotic diseases similar to Covid-19. A recent study identified dozens of parasites, viruses, bacteria and associated diseases that are transmittable to humans in lions in South African breeding facilities.

Many of these facilities are characterised by appalling animal welfare conditions. On Chinese bear farms, bile is tapped from wounds kept permanently open for as long as 30 years and some South African lion farms have been exposed for the callous treatment of their inmates.

Research indicates that well-resourced criminal syndicates with assets in every part of the international supply chain use legal breeding farms to launder animals illegally caught or poached in the wild into legitimate markets.

The South African government is aware of the significant hazards posed by the breeding and trading of wild animals, but, like its Chinese counterpart, it has been overwhelmingly supportive of the industry.

On occasion, officials appear to address criticism from conservationists only to ignore the evidence they are presented with.

In 2013, for instance, the minister of environmental affairs commissioned a task team of experts to investigate the industry’s “long-term and potential consequences”.

When their comprehensive report, titled “An assessment of the potential risks of the practice of intensive and selective breeding of game to biodiversity and the economy in South Africa”, was published in 2018, its findings were damning.

The authors conclude that “intensive management and selective breeding of game poses a number of significant risks to biodiversity” and note that the practice doesn’t meet the requirements of government’s own policy of so-called “sustainable use” with regards to the commercial exploitation of wild animal species.

They point out that breeders are not required to register or to disclose their activities and that authorities are ill-equipped to monitor or regulate an industry that has experienced “rapid development” and “unprecedented growth”.

The government has recently included 32 wild mammal species, including lions, black and white rhinos, and cheetahs in the Animal Improvement Act, effectively assigning them to the same status as agricultural livestock. This was done simply via an amendment to a regulation, thus requiring no parliamentary oversight or public participation and was effected without any consultation with the Department of Environment, Fisheries and Forestry. The task team warns that this “would appear to entrench and exacerbate many of the risks” they associate with the industry.

Following the publication of the report – a report it commissioned itself – the government has taken no action to address the concerns it raises, thus reinforcing the impression that it is only pretending to care while simultaneously aiding and abetting the very businesses under investigation.

A future in captivity?

Unless there is a major change in official policy, the long-term future looks grim for many of South Africa’s iconic wild animals: a fight against extinction in the wild for a handful and a life in farm cages for thousands of others. But it’s not too late to rectify the situation.

By following the recommendations of researchers, by curbing the industrial-scale commercial breeding of wild animals and by supporting effective international bans on the trade of endangered species, the government can still align itself with genuine efforts to preserve our wildlife heritage for future generations. DM