Technological advances aside, the perfection of sport i...

Technological advances aside, the perfection of sport is in its imperfection 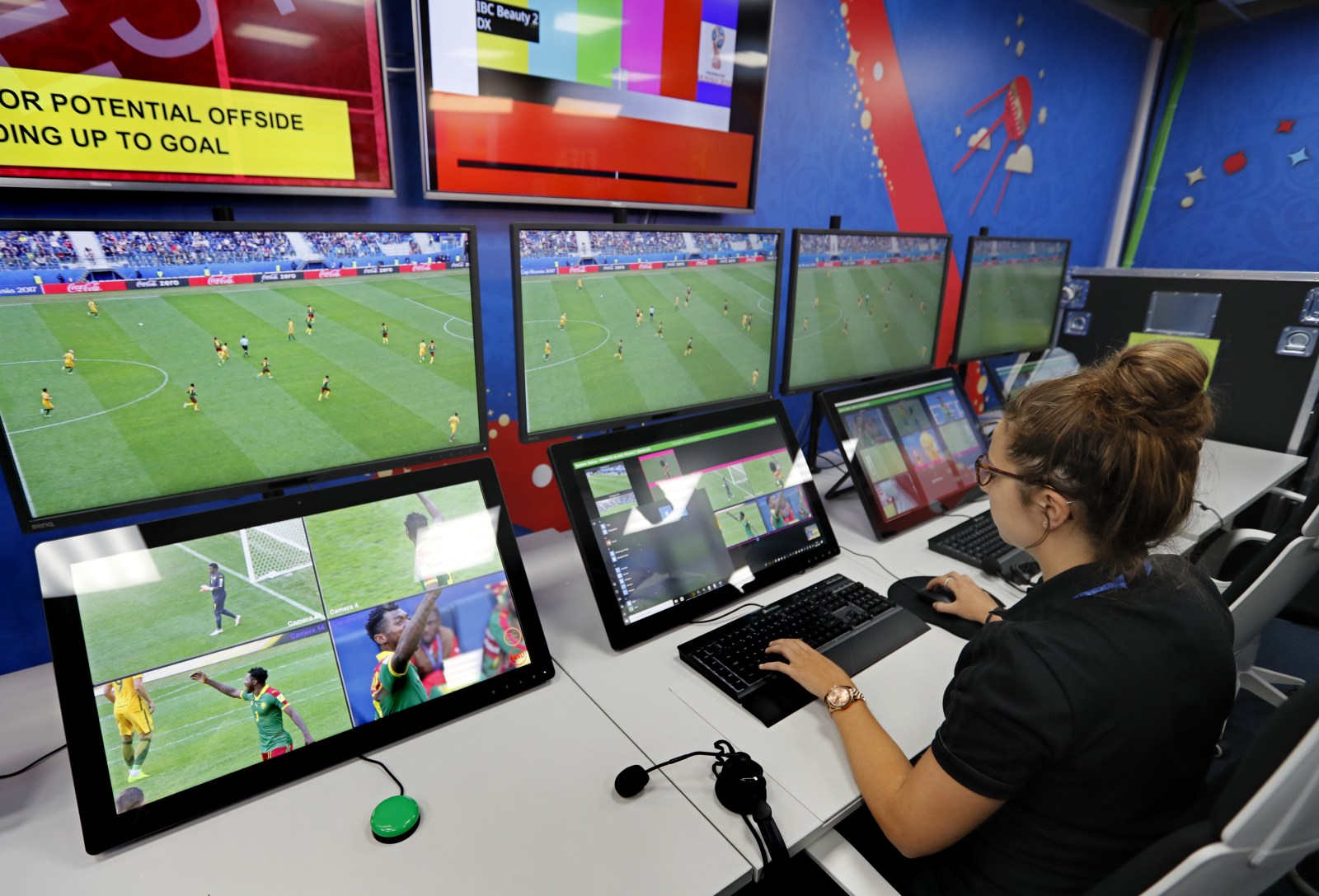 A video assistant refereeing operation roomMachinery and technology may be giving us more 'correct' decisions by the letter of the law programmed into them, but are they really helping sport along? EPA-EFE/YURI KOCHETKOV

VAR may be the poster child for technology gone wrong, but it’s not alone. In cricket, the system has so many wrinkles it could be a newborn Shar Pei.

In one of the most ludicrous incidents I’ve seen on a sports field, Southampton were denied a goal against Manchester United this week because Che Adams was ruled offside by the video assistant referee (VAR) system.

Let me be clearer. Adams’s fingertip was in an offside position moments before he swivelled and scored. The rest of Che Adams, and I mean 99.99% of him, was onside.

Yet VAR ruled out the goal because a portion of his body was deemed to be in an offside position. There was no way the Manchester United defender was disadvantaged from doing his job fairly and effectively by Adams’s offending digit.

Sometimes the law is an ass. In this case, it also wouldn’t have made any difference to the outcome of the match because Southampton were already 4-0 down at the time. They went on to lose 9-0.

But this is not about allowing a goal because it wouldn’t have made a difference to the outcome; it’s about a system that is flawed. And not just in football.

Machinery and technology may be giving us more “correct” decisions by the letter of the law programmed into them, but are they really helping sport along? Sport’s rulers want technology to be infallible and provide perfection, but as long as humans are part of the unfolding story, that is impossible. And it’s undesirable.

A ball, blasted from close range and scraping the arm of a defensive player can now be deemed a handball because the law programmed into the technology tells us it is.

A human referee, with eyes, ears and years of experience of witnessing similar situations, is best placed to make a call on the balance of probabilities, using his or her own cognitive reasoning. That is increasingly being stripped away.

VAR is certainly the poster child for technology gone wrong, but it’s not alone. In cricket, the decision-review system (DRS) has so many wrinkles it could be a new-born Shar Pei.

DRS was brought in to eliminate howlers from umpires but, instead, has morphed into a system where umpires tend not to give calls, leaving the decision to DRS.

And because of the way DRS is used – allowing the umpire’s on-field decision to stand – officials have become even more reliant on the technological crutch.

If an umpire decides to call “not out” to a close LBW decision, and the tracking system deems the ball to have had only a 49% chance of hitting the stumps, the umpire’s decision stands. Techies may say that’s wonderful, but the makers of DRS admit there is a small margin of error in their hardware.

A margin of error is accepted because the tracking system has to predict the path of the ball over the final metre or two after it hits the batsman’s pad. It’s imperfect, unlike Hawkeye in tennis, which tracks the ball all the way and therefore calls are precise.

Because DRS has created a crutch, umpires tend to shy away from making big calls. There’s no way to know this for sure, but my suspicion is that, in close LBW calls, umpires are deferring to the technology, whereas they might have been bolder in the past.

As a consequence, and because we know the technology is not 100% accurate anyway, are we actually getting better outcomes? All we have accomplished is a situation in which umpires have become increasingly timid.

VAR is poisoning football because there is no longer “feel” for the game by officials. Like DRS, VAR in its purest form should be used to eliminate glaring errors, not provide match officials with a way to abdicate responsibility.

Until the introduction of VAR, I was often left amazed by how accurately assistant referees called offsides at the highest level of the game. These people were really good.

Occasionally, they made a mistake because they are, after all, human. But even those mistakes were usually by tiny margins and most fans could live with that. If an attacking player’s left thumb was offside 30m away from the opposing goal, was that really going to make a fundamental difference to the outcome of the play?

There are other criticisms of technology too, not least of which is that it robs matches and contests of their natural flow. VAR is particularly bad in this area. So many decisions are consulted now, whether a goal has been scored or not, that matches stand still while endless replays and a panel of people looking at screens try to ascertain whether a player with a particularly large nose started a run with his snout in an offsides position.

The point here is not about the technology itself, which in many cases – such as tennis’s Hawkeye – is very good. It’s about its application. What has evolved, most obviously in cricket and football, is a situation in which officials are becoming dehumanised by the technology.

Instead of technology providing assistance and clarity, it is bringing obstacles and opacity. Humans and machines are in conflict in this effort to obtain decision-making perfection, rather than in concert.

It increasingly looks like sports officiating is moving towards an either/or situation. It’s either technology or humans. The evidence of most sports so far is that the two are not compatible with each other. Which is sad.

To paraphrase the Japanese philosophy of wabi sabi, the perfection of sport lies in its imperfection. DM168