Scootergate: Claims of revenge over Russian bride ridicule, and a legal fightback as case goes to the Hawks 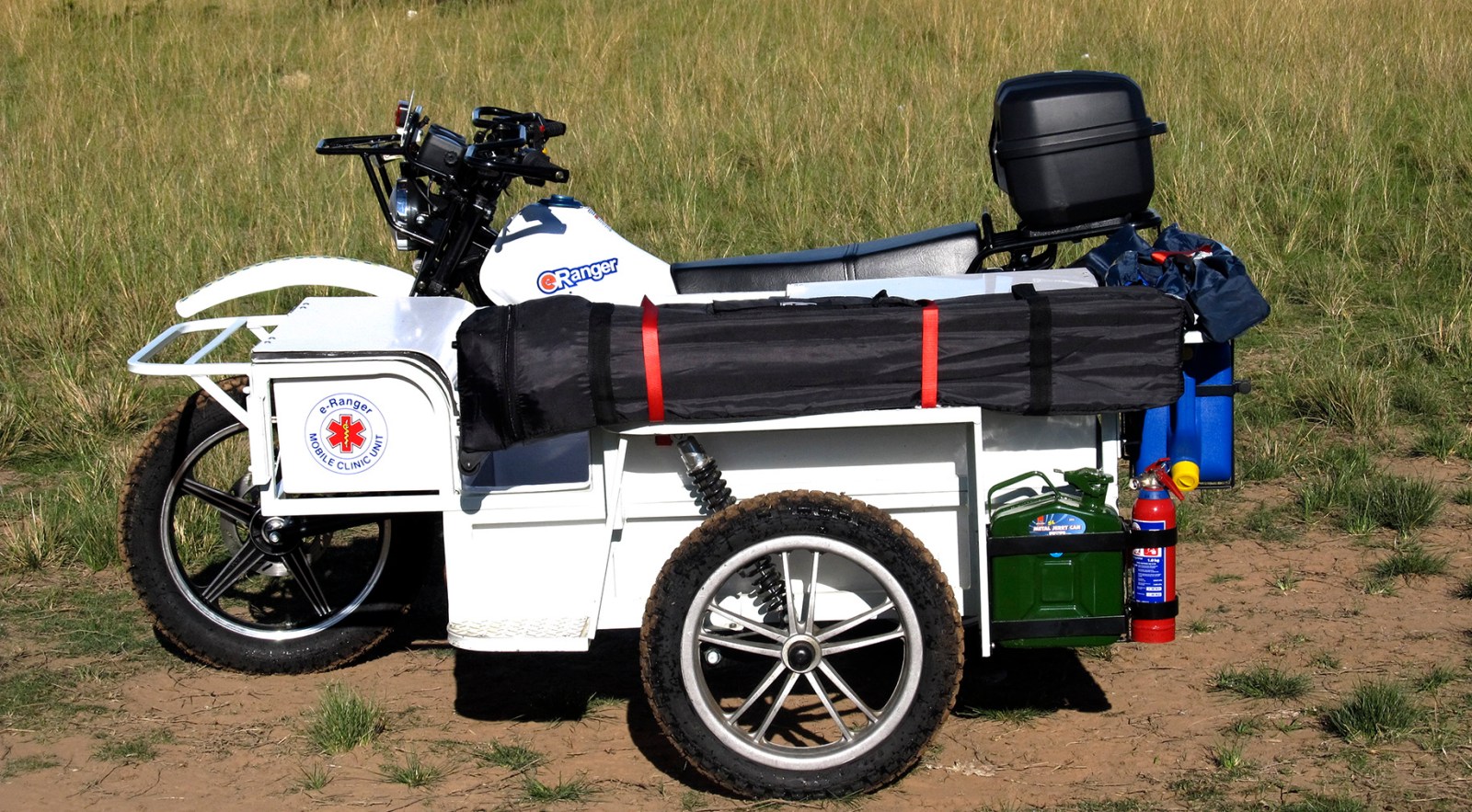 An example of the mobile motorcycle clinic that was procured by the Eastern Cape Department of Health. (Photo: Supplied)

The owner of Fabkomp, the company that won the tender to provide 100 motorcycle clinics to the Eastern Cape Department of Health, has come out guns blazing with claims of revenge and promises of a legal fightback as the Special Investigations Unit sends the case to the Hawks.

Claiming that he was on the receiving end of a revenge campaign for taunts over a failed online relationship, Brian Harmse, the owner of Fabkomp, the company that won the tender to provide the Eastern Cape Department of Health with mobile motorcycle clinics, came out guns blazing this week promising a legal fightback.

“Let me tell you what this is about,” Harmse said. “Seventeen years ago myself, another director of the company, Mike du Toit, and the Special Investigations Unit’s investigator in this case, Glenn Muller, went on a fishing trip along the Transkei coast.

“You know how it goes, we were there drinking and talking. Then he told us that he met this Russian woman on the internet and he fell in love with her. He even went to meet her at the airport with a bunch of flowers and she never arrived. We all laughed at him. ‘How can you be so f…ing stupid?’ we asked.

“I think what we are seeing now is payback for that,” he said. “He is either vindictive or extremely stupid.”

The spokesperson for the Special Investigations Unit (SIU), Kaizer Kganyago, said Muller had advised the SIU that he knew Harmse but that they were not close friends and had not seen or spoken to him in 20 years

In September 2020 a Special Tribunal stopped the implementation of a R10-million tender awarded to Fabkomp for motorcycle clinics.

The department procured 100 of these vehicles from Fabkomp in May with emergency funds earmarked for the response to the coronavirus outbreak in the province.

After a public launch, Health Minister Dr Zweli Mkhize, said the vehicles did not comply with standards of emergency transport. The department then said they had shown the minister the “wrong vehicles” and that what they had procured were mobile clinics to be used in primary healthcare for roll-out over the next two to three years.

The SIU in its report issued on Friday 5 February said they had identified misconduct against two officials from the Department of Health and that letters advising of action to be taken against them would be delivered to Mabuyane. The report said a criminal case is under investigation by the Hawks and a prosecutor has been appointed to guide the gathering of evidence.

The report found that in August 2020 the department had still not identified officials to be trained and licensed to ride the motorcycles. The report concluded that the procurement had also failed to satisfy emergency criteria.

Mabuyane’s spokesperson, Mvusi Sicwetsha, said on Monday that they had received letters from the SIU.

“The SIU report found that the procurement of the motorbikes was irregular, they confirmed that there was no money spent by the department to buy motorbikes,” Sicwetsha said.

“The SIU is helping the Department of Health to stop the procurement of motorbikes through the tribunal. Upon receiving these letters from the SIU, Premier Mabuyane met with the SIU to seek clarity on the irregularities they found against two executives from the Department of Health. When the SIU could not provide this information to the premier, the head of the unit, advocate Andy Mothibi, undertook to submit supplementary letters to the premier on these matters.

“The matter is not yet complete because the SIU is yet to submit specific supplementary information about their findings to Premier Mabuyane for him to be able to take action on this matter,” Sicwetsha said.

The Special Tribunal will hear an application in April for the contract to be cancelled. Harmse said they will oppose the application and will ask for costs.

He said he still had not received an explanation about what the conflict of interest was that had occurred in the procurement of the vehicles.

He said it was a pity that the clinics were not operational as they could have been of great assistance in the vaccination drive because they could be fitted with cooling systems.

“We were just trying to help. And now it has all been messed up,” he said. DM/MC