Maskless in Stellenbosch: Fines dished out to ‘fatigu...

Maskless in Stellenbosch: Fines dished out to ‘fatigued’ transgressors 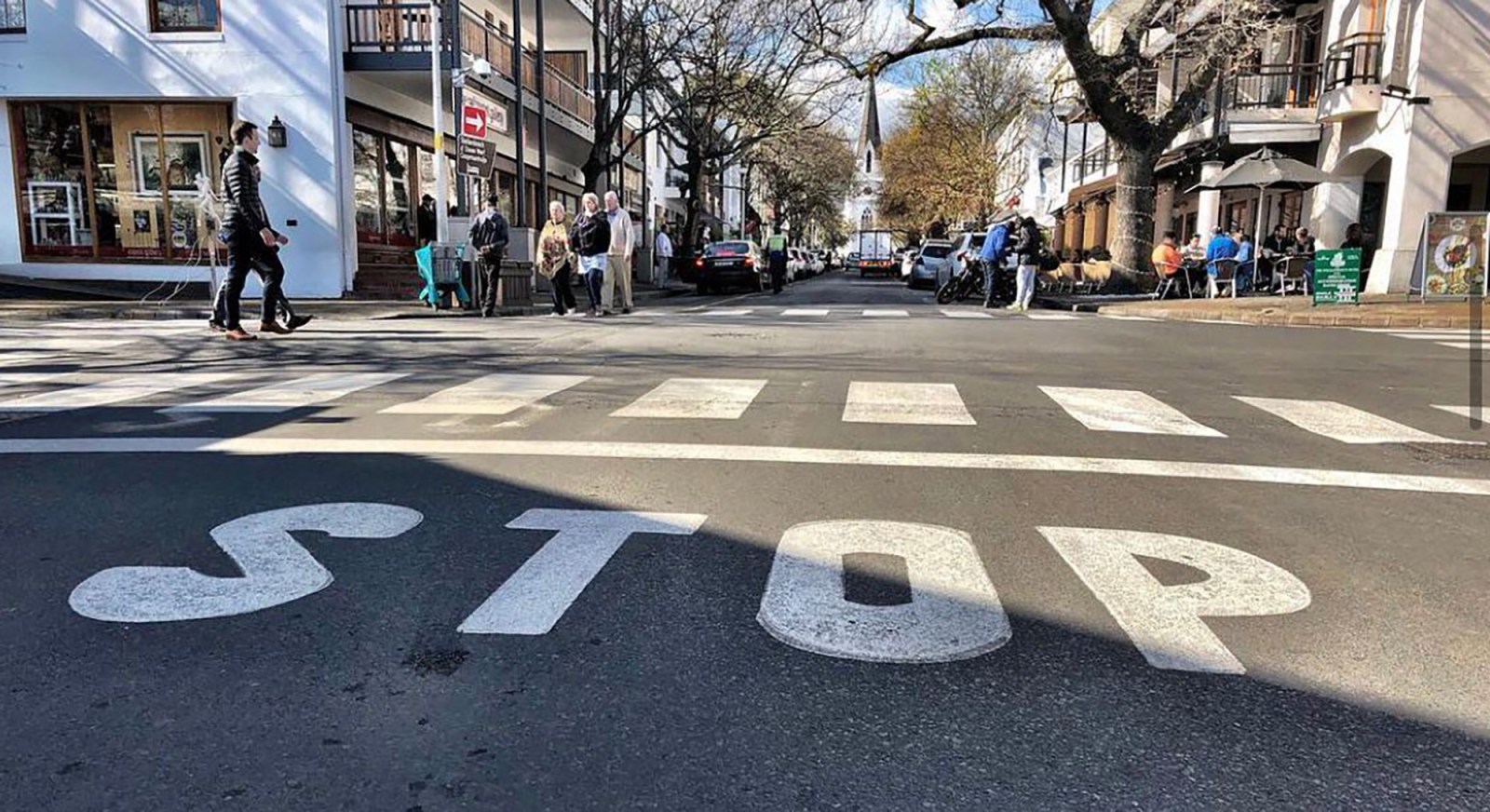 Law enforcement officers in Stellenbosch, the biggest municipality in the Cape Winelands district, issue an average of 20 fines a day – at R1,000 per fine – to townsfolk not complying with the mandatory mask-wearing regulation.

According to three municipal “peace officers” to whom Daily Maverick spoke on 5 February, an average of 140 fines are issued each week, including weekends.

Stellenbosch has a population of just over 200,000 people. Many of them it seems, feel that the wearing of masks shouldn’t be compulsory.

While there are no official figures verifying the number of fines issued, national SAPS spokesperson, Vish Naidoo, said it was inevitable that in a country with over 50 million people, there would be a difference of opinion about regulations.

“We have a law that we must adhere to, and if people don’t adhere to the law, we have to enforce the law.”

He said it’s not about whether people want to comply, or whether they feel fatigued by the regulations.

“The fact is that there is a law in place to protect every citizen in this country. It’s those who are choosing not to comply with the law that will have to face the consequences,” said Naidoo.

He added that compliance under adjusted Level 3 lockdown has been “relatively good” – at least in comparison to Level 5.

“This time around I believe there was greater understanding of the devastation this virus has been wreaking,” he said, and emphasised the need for 100% compliance across the country so that the pandemic could be brought under control.

However, compliance, albeit “relatively good”, is not at 100%.

In Stellenbosch, according to law enforcement officers Nobuzwe Makasi, Sinazo Mcetywa and Olwethu Dumezweni, adherence to the rules is slipping through the cracks.

Western Cape SAPS spokesperson, Andrè Traut, said that police had issued 56 people with fines for not wearing their masks in public in the broader Winelands district from 1 January to 31 January. SAPS had only issued 17 of the 56 fines in Stellenbosch, Traut said.

According to Traut, the municipality and SAPS work together to monitor compliance.

Slipping through the cracks

The three officers who spoke to Daily Maverick are among five teams monitoring the Stellenbosch CBD, which they say is slowly starting to return to life. The town has been quiet in the absence of students and tourists during lockdown.

They said most of those not wearing masks had strong feelings about the regulations.

“They joke about it,” said Mcetywa. “They say, ‘this mask is suffocating’ or they tell us to focus on other things.”

The officers say they first ask people to put on their masks. If they refuse, a fine is issued.

During their 10-minute conversation with Daily Maverick, they stopped six people and told them to put on their masks.

Dumezweni and Mcetywa said that compliance was also noticeably low in other areas in the municipality, like Kayamandi and Idas Valley.

They say that in places like Kayamandi, it is challenging to enforce compliance since many of the people are usually visiting each other without their masks.

The officers say they would rather monitor compliance around shops in the Kayamandi area.

“People come from the Kayamandi area to the CBD not wearing their mask, or not having a mask on them,” Mcetywa said.

“And those people are coming in taxis and Ubers. Can you imagine how many people they have come into contact with?”

According to Dumezweni, they handed out only seven fines on 4 February. He said that since the officers began issuing fines, the situation had improved.

“People see we are not joking around when we hand out the fines,” Dumezweni said.

A private security guard in the area, who gave his name as Miv, also said that compliance had improved since January.

At the beginning of the revised Level 3 regulations, he would see at least five people being fined a day for not wearing masks.

“We tell people they must wear their masks, not only for us, but for our families and other people too,” he said. DM