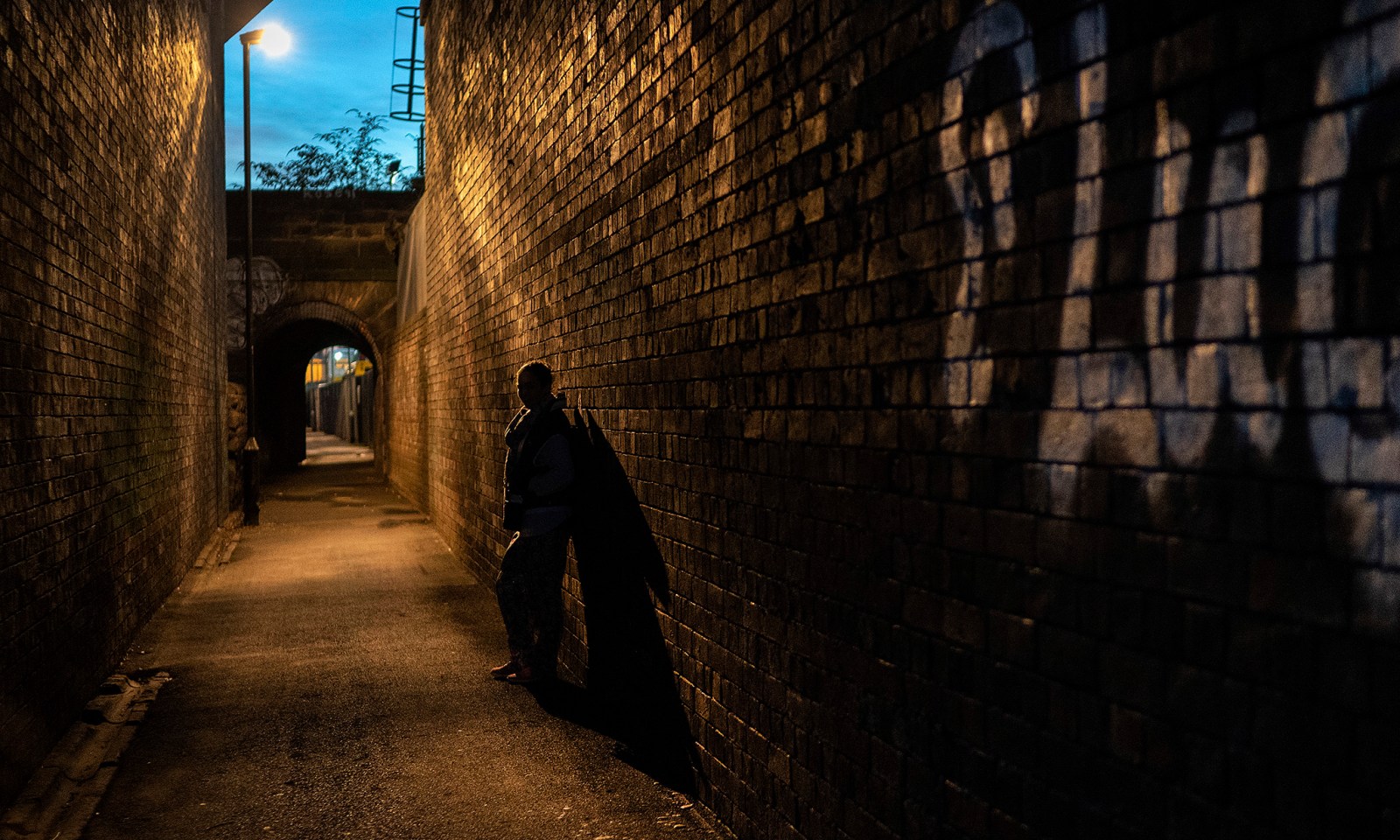 The criminalisation of sex work in South Africa increases the vulnerability of sex workers by making it more difficult for them to report crime committed against them. (Photo: Christopher Furlong / Getty Images)

The decriminalisation of sex work has been on the government’s doorstep for decades – and yet it is still failing to support the human rights of sex workers. Since 2015, national summits and committees have demanded a fast track, yet what they’ve received is a go-slow. Perhaps 2021 holds the opportunity to correct this.

In its recently released report on South Africa, Human Rights Watch reported that the state had kept sex workers in a dangerous and precarious position, ignoring its commitments to their human rights.

The report states: “Criminalisation has undermined sex workers’ access to justice for crimes committed against them and exposed them to unchecked abuse and exploitation by law enforcement officials, including police officers. Although the Department of Health’s National Strategic Plan on HIV for Sex Workers is grounded in respect for the human rights of sex workers, criminalisation hinders sex workers’ efforts to access healthcare, including HIV prevention, treatment, care and support.”

In South Africa, where patriarchy and sexism are normalised, police brutality is common and where sex work is criminalised, sex workers are at risk. During the 2020 Covid-19 lockdown, a sex worker died in police custody and other sex workers reported abuse by police.

In 2020, a flurry of gender-based violence (GBV) legislation was introduced, including the so-called GBV bills and the highly problematic Victim Support Services Bill. But, despite this ostensible rush to respond to what President Cyril Ramaphosa calls South Africa’s “second pandemic”, none of these bills proposed to decriminalise sex work.

Yet, over two days in November 2018, delegates at the National Summit on Gender-Based Violence worked to produce a declaration that reflected a commitment to end gender-based violence in South Africa.

The declaration from the summit included 17 commitments, one of which was: “Revisit and fast track all outstanding laws and bills that relate to GBV and femicide, including the decriminalisation of sex work.”

Delegates at the GBV summit demanded a fast track, yet what they’ve received is a go-slow.

Of course, 2018 was not the first time that sex workers in South Africa received lip service from the government. In fact, the journey has been going on since the end of apartheid. Over recent years it has been Parliament’s Multi-Party Women’s Caucus – the joint committee made up exclusively of female Members of Parliament – that has heard presentations on this issue most often.

An overview of how decriminalisation has been raised in Parliament over the past few years can be seen below.

This timeline makes two things clear. The first is that Parliament has heard from stakeholders on the issue of decriminalisation a number of times over the past few years. There is no shortage of information for each and every MP to make their own informed decision. If members believe they have not personally been able to hear the discussions or debates, there is plentiful opportunity for them to request the minutes from their own committee meetings, or read the submissions made by tens of organisations, or reach out to a sex worker organisation themselves.

As a former parliamentary researcher, I am also aware that they could ask any of the research and content adviser staff that they have at their disposal to prepare a summary if they so wish (and I’m sure some of them already have).

The second is that MPs, at least in the caucus, are unaware of their own legislative power. In fact, they have all missed the important point that was raised in the first meeting in 2016 – that there is no need for the caucus to wait for the executive to change its mind about decriminalisation before it proposes legislation to amend the existing laws and propose decriminalisation.

At the 2016 roundtable, the parliamentary legal adviser made it quite clear that there were several options the committee could follow to change the law.

“The legislative process could warrant a Cabinet member or deputy minister, MP or Committee of the National Assembly member introducing a bill in the Assembly, in accordance with Section 73 (2) of the Constitution. The types of bills that could be passed by that process were executive bills, committee bills or private members’ bill.”

Each and every female Member of Parliament – at least those who have attended the many (many) briefings on this issue at the Multi-Party Women’s Caucus over the past decade – could have taken it upon herself to draft an amendment to the law and propose it as a committee bill, or introduced it as a private member’s bill. Not one of them has done so.

The issue for the Multi-Party Women’s Caucus, for female MPs, and for their male colleagues in other committees, is not – as they would like to suggest – a lack of opportunity to thoroughly debate this issue, or the delays from the side of the South African Law Reform Commission or the Department of Justice or the Department of Women, Youth and Persons with Disabilities (in its many varied formations over the past decade).

The issue is a lack of courage in taking a decision that will support the human rights of sex workers. May 2021 see that courage restored. DM168

This analysis is by Jennifer Smout, who is a feminist writer and researcher.

The 2015 Women’s Roundtable in Parliament resolved to decriminalise sex work and to begin the process by 2016. This issue was referred to the Portfolio Committee on Justice and Correctional Services.

In 2016, the Multi-Party Women’s Caucus held a roundtable on the decriminalisation of sex work.

In 2017, the Commission for Gender Equality released its investigative report into the abuse of sex workers by police, advocating for the decriminalisation of sex work. This report was tabled in Parliament in 2018. The commission also presented at the 2018 stakeholder summit (see below).

Thanks to efforts by the women’s caucus, the South African Law Reform Commission finally released a 2009 report into sex work – in 2017. The women’s caucus committed to supporting legal reform, stating that the “matter needs to be addressed as a human rights issue, and not a moral issue”.

In August 2017, the women’s caucus again met on the issue of decriminalising sex work, and members suggested, the report of the law reform commission be debated and discussed by the political parties. The ANC had not yet taken a position on sex work and, as a result, the minutes record the caucus as stating: “Perhaps next year the Multi-Party Women’s Caucus would be in more of a position to pronounce itself on the decriminalisation of sex work.”

In December 2017, the ANC resolved to partially decriminalise sex work.

In March 2018, the caucus held another stakeholder meeting (a summit) at which 30 interested parties (organisations and individuals) made presentations on the issue of decriminalisation. After the submissions, the chairperson said the caucus steering committee would meet to discuss the positions presented at the summit and would probably engage in further consultation. But she did commit the steering committee to ensuring that appropriate legislation would be drafted as soon as possible.

In February 2019, the newly elected Multi-Party Women’s Caucus was briefed on the legacy report of the previous committee, and the presentation highlighted the need to focus on the decriminalisation of sex work.

In July and September 2019, as a result of the 2019 Women’s Parliament findings and the legacy report, the Multi-Party Women’s Caucus again agreed to focus on decriminalising sex work.

In November 2019, the caucus removed the decriminalisation of sex work as a priority in the Sixth Parliament, with both ruling party and opposition members suggesting that they needed to hear presentations on the issue before they could make a decision.

In June 2020, the Department of Women, Youth and Persons with Disabilities presented to the caucus on the National Strategic Plan on GBV and Femicide where the department indicated that  “There had been an extensive debate on the decriminalisation of sex workers, and engagement with the drafters of the national strategic plan and experts. This matter had been left open, heeding the advice of the Department of Justice and Constitutional Development, simply because it was a complex matter and there were no converging views on the decriminalisation of sex workers. There was a need to ensure that it was aligned to the laws of the country, but it was an issue that had to be resolved as part of responding to GBV.” DM168