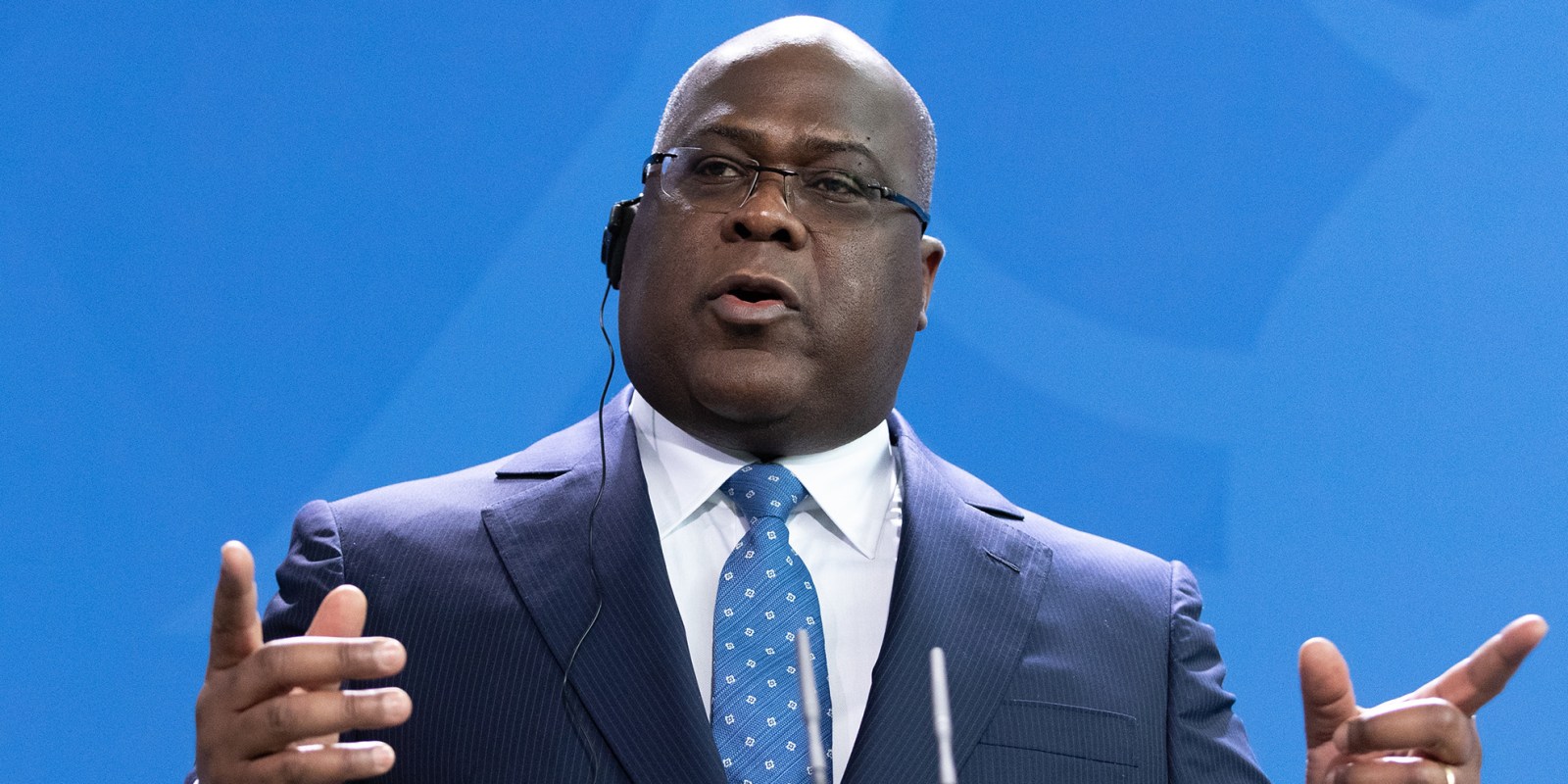 But will Tshisekedi just replace the snouts at the trough – or use his power to effect real change in DRC’s corrupt landscape?

Félix Tshisekedi, president of Democratic Republic of Congo (DRC), has delivered a “knockout” blow over the past few months to his predecessor Joseph Kabila who had been governing with him in an uneasy alliance since 2019.

Kabila had appeared to be the dominant force in the coalition, largely through his control of the National Assembly, the Senate and other key institutions of government. But Tshisekedi had executed a deliberate plan to oust Kabila supporters from key positions of power and eventually to topple his majority in Parliament, said Stephanie Wolters, Bradlow Fellow at the SA Institute of International Affairs, at a webinar on Monday.

Wolters, a DRC expert, recalled how the alliance between Tshisekedi and Kabila had been formed in 2019 after Tshisekedi had been officially elected president in the December 2018 elections, even though most observers were convinced Martin Fayulu had actually won, at the head of an opposition coalition.

Though Tshisekedi was nominally president, Kabila retained substantial power, mainly through his control over Parliament, the Senate and provincial governors. This relationship continued when Tshisekedi tried hard not to rock the boat, Wolters said.

But that started changing from the start of 2020 when Tshisekedi began removing several key Kabila supporters from powerful positions to weaken his camp. Kabila and his FCC party began to sense they were in danger of losing control.

Midway through 2020, Tshisekedi delivered a powerful blow by replacing three judges of the Constitutional Court. This court had always been highly politicised and had been used by Kabila to validate many of his most controversial decisions, including the long delay in holding the December 30 2018 elections – two years after his presidential mandate was supposed to have expired.

Wolters recalled that the Constitutional Court had also validated Tshisekedi’s official victory in that election and this had served to allay much international criticism of the flawed result – including from South Africa.

She noted that Kabila’s FCC had opposed the appointment of the three new judges, an indication that it realised this would diminish its influence.

In October 2020, Tshisekedi had begun to speak openly about tensions in the parliamentary coalition between his much smaller Cach party and Kabila’s majority FCC. On November 3, Tshisekedi had convened political consultations to which a very wide range of political constituencies and other groups were invited. The FCC boycotted them.

In early December, Tshisekedi announced the FCC-led majority in Parliament had collapsed and began the process of forming a new majority. Many in the FCC protested against his announcement. But on December 10 Speaker Mabunda was voted out of office – indicating that many members of her own party, Kabila’s FCC, with its large majority, must have voted against her.

Wolters said this was a turning point in the loss of FCC control. In early January, Tshisekedi’s officials announced the formation of a new parliamentary majority coalition, the Sacred Union, which included a large bloc of FCC legislators.

She noted that floor-crossing between parties was not allowed in the DRC Parliament but the Sacred Union had circumvented this problem by calling itself a movement rather than a party. This had raised constitutional questions as well as questions about Tshisekedi’s manipulation of institutions to gain power.

Many questions were being asked about the constitutionality of Tshisekedi’s takeover of the National Assembly and his manipulation of institutions such as the Constitutional Court.

Later in January, the National Assembly voted by 367 votes out of 500 to remove the Kabila-supporting Prime Minister Sylvestre Ilunga from office, marking the real end of the FCC majority.

A new prime minister and new government were expected to be announced over the next few weeks.

“It was a well-executed plan to create a new coalition under Tshisekedi’s control, not a response to any crisis,” Wolters said. She added that it was not that Tshisekedi had suddenly said to Kabila, “You’ve gone too far” on some issue and walked out. Now Tshisekedi would have the major say in the appointment of key positions such as the prime minister and provincial governors.

She was asked if Kabila would take this loss of power lying down. She said this was still unclear, although Kabila, she suggested, had been steadily conceding power since he eventually agreed not to run for what would have been an unconstitutional third term in 2018; followed by his decision not to insist on his own party’s presidential candidate in those elections, but to back Tshisekedi.

And she noted that Kabila had also stated that Ilunga should resign as prime minister after the parliamentary vote went against him. Wolters said some were concerned that Kabila might call out the military, where he still commanded considerable support, to topple Tshisekedi. She believed if that were going to happen, it would have happened already.

But, she cautioned, there was still a chance that the military would intervene if Tshisekedi tried to dismantle the patronage networks which controlled mining in particular, as the military had a strong hand in these.

It was hard to gauge public support for Tshisekedi’s power-play but she noted there had been no mass protests against it.

Wolters said if Tshisekedi chose to, he could use the power he had now acquired to take DRC in a new direction by really implementing his reform intentions such as to stamp out corruption and address development and the instability in the east as well as widen political space.

But many were sceptical about his intentions. Certainly, the shift in allegiance to the Sacred Union by what she called the FCC “transplants” seemed to be driven by political opportunism and the hope of greater patronage – which was no different from DRC’s past.

And many questions were being asked about the constitutionality of Tshisekedi’s takeover of the National Assembly and his manipulation of institutions such as the Constitutional Court.

“And people are saying if Tshisekedi wanted real political change, he could have called new elections,” she said.

There was also scepticism about the sincerity of his commitment to fight corruption as he had acted against corrupt officials allied to Kabila but had backed off taking action against his own supporters. Another test of his sincerity now would be if he carried out reforms of the electoral commission (which is widely regarded as politically aligned).

Wolters also raised questions about the durability of the new political coalition Tshisekedi had forged, suggesting that political leaders Jean-Pierre Bemba and Moise Katumbi, who had only joined Sacred Union late last month, were likely to break with Tshisekedi and run for president in 2023. DM