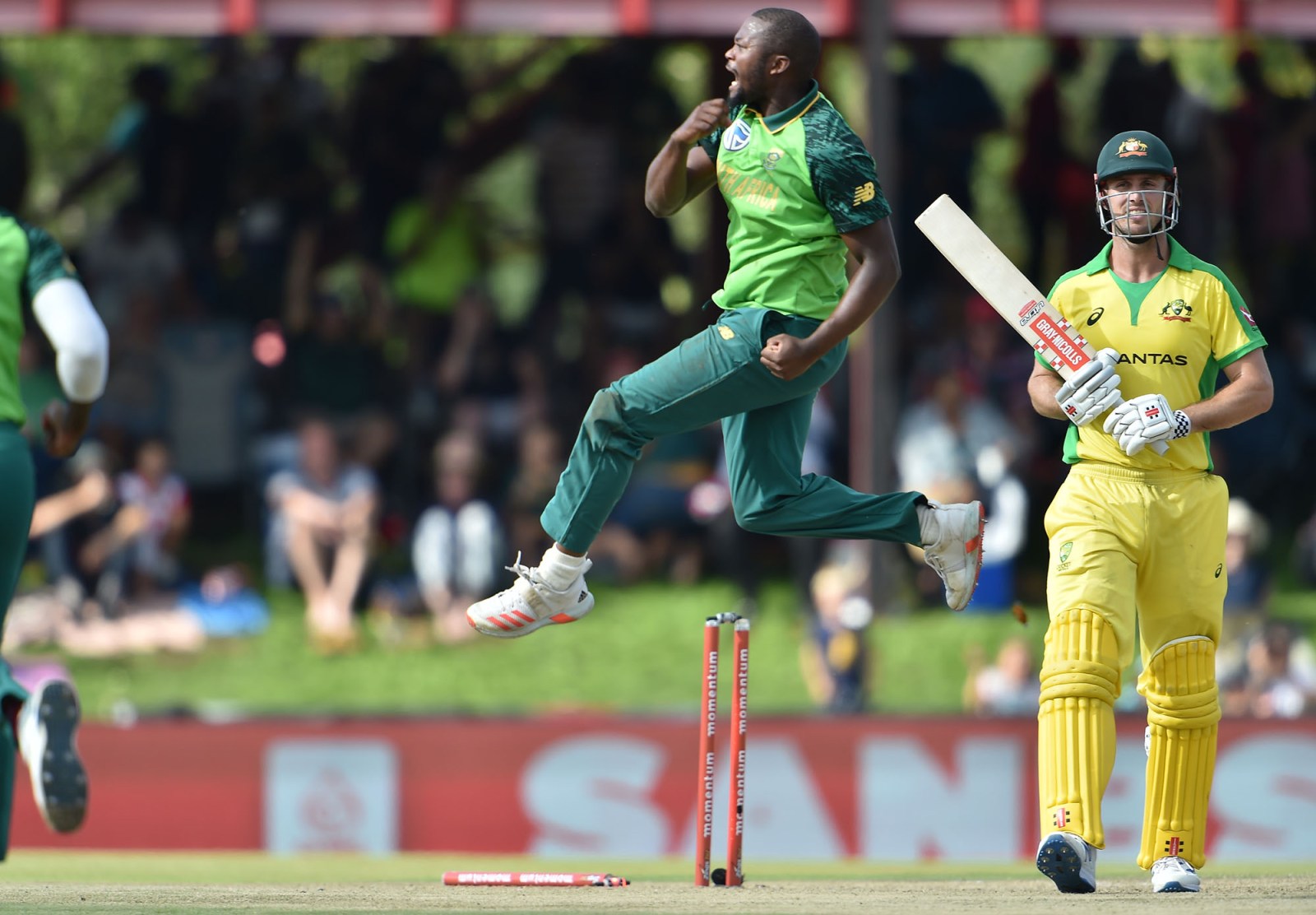 Andile Phehlukwayo of South Africa and Mitchell Marsh of Australia during the second ODI in Bloemfontein in March 2020. (Photo by Johan Pretorius/Gallo Images/Getty Images)

Cricket South Africa has an Australia-sized hole in the calendar to fill after the Baggy Greens pulled out of a three-Test tour last week. Naturally, the decision has gone down like a dropped catch.

Australia’s decision to cancel its March 2021 South Africa tour so late has left Cricket South Africa (CSA) officials at a loss. They had been plotting and planning this tour for months – as far back as last August – when Jacques Faul was acting CEO of CSA. There have been two more CEOs since then.

Cricket Australia (CA) had expressed reservations and been suffocatingly cautious in its safety demands, which were constantly tweaked. Even so, their brutal decision to “postpone” the tour caught CSA completely off-guard when they pulled the plug this week.

It was done unilaterally by CA, which simply called CSA at 9am on Tuesday and informed them that the Australian men’s team weren’t coming. “We are extremely disappointed by the decision of CA. To be informed about the CA decision at the eleventh hour is frustrating,” said CSA director of cricket Graeme Smith through gritted teeth.

“The amount of work that’s gone in over the past few weeks in getting this tour under way has been immense. We’ve done everything possible to get the tour under way but there is that aspect of not being able to solve some of the fears Australia had.”

CA’s list of demands was exhaustive – and a constantly moving target. CSA did all they could to accommodate CA’s requests, right down to a signed letter from Health Minister Zweli Mkhize guaranteeing the Australian touring party hospital beds should they need them.

South Africa’s government went further, agreeing to grant Australia the equivalent of diplomatic courtesies on arrival at OR Tambo International Airport. The touring party would not have had to go through standard immigration channels. They would have stepped off the plane o n to buses waiting on the tarmac.

“Whatever challenge they threw at us, we met,” a highly placed CSA source told DM168. “Our feeling is that they were hoping we wouldn’t be able to meet their increasingly difficult demands, and when we did, they just pulled out.”

In a statement, CA interim CEO Nick Hockney outlined the reasons for his organisation’s decision, stating that the risk was “unacceptable”.

“Due to the public health situation in South Africa, which includes a second wave and new variant of the virus, and following extensive due diligence with medical experts, it has become clear that travelling from Australia to South Africa at this current time poses an unacceptable level of health and safety risk to our players, support staff and the community,” Hockley said.

“We acknowledge the significant amount of work by CSA in planning for the tour, during which we made it clear that CA was prepared to take on additional cost and effort to make the series happen.”

Given the claustrophobic bio-bubble conditions CSA put in place, the Australian squad’s risk of contracting Covid-19 would have been minuscule. The second wave of the pandemic has also passed. Cases have been plummeting for the past three weeks and, based on medical evidence, will continue to drop.

It was particularly disappointing considering the rest of the world is willing to shoulder some inconvenience to ensure major sporting events happen. British and Irish rugby players are willing to do whatever it takes to be part of the Lions tour to face the Springboks later this year, and hundreds of athletes are ready to endure rigorous Covid-19 protocols to ensure the Tokyo Olympics can go ahead.

Australia’s pampered cricketers, who recently complained about “intense” coach Justin Langer, have not come out of this looking good.

In a recent local newspaper report it emerged that Australian players were unhappy with Langer’s “micromanagement”. It seems that having to remain confined to the five-star Irene Country Lodge, with a golf course and many other sporting and leisure facilities at their disposal, was too much for a team usually renowned for its mental toughness.

Proteas men’s coach Mark Boucher, currently in Pakistan with the team,  was even more flabbergasted, considering it was his team that had to make the most sacrifices to accommodate Australia.

“It seems a lot of goalposts were being moved for that particular tour, for Australia,” Boucher said. “For example, the one positive that came out of the bubble [for the Test series] against Sri Lanka [in Centurion and at the Wanderers in December and January] was the hotel that we stayed at. We thought it was a great hotel for us as South Africans. It suited our needs and the cultural way that we are, being outdoors [people]. And we even surrendered that to Australia.

“There’s probably a feeling that we were laying down the red carpet for Australia, which is frustrating at times,” Boucher said. “After all of that, [with the tour] having been postponed, [it’s] very disappointing and disruptive to our plans going forward.”

CA’s position looked more ridiculous 24 hours later when 20 of their leading players were waiting for approval to play T20 cricket in the Indian Premier League (IPL) in April.

India is currently experiencing a higher Covid-19 infection rate than South Africa and those Aussie players will be confined to stringent bio-bubbles in India. The difference? The amount of money those players will earn in the IPL.

What now for South African cricket?

With no Test cricket in the immediate future, CSA has been consulting with the franchises and other stakeholders such as broadcaster SuperSport and the South Africa Cricketers Association (Saca) to come up with a new plan.

Several ideas have been mooted, such as South Africa playing a “Test” series against South Africa “A”. But that is unlikely.

There will be a domestic T20 competition from 19-28 February in a Durban bio-bubble. The favoured plan to fill the hole left by Australia’s absence is for the Proteas’ leading players to turn out for their franchises at the resumption of the domestic four-day competition. All the country’s leading players will have to appear if they are to strengthen that competition. Negotiations are under way for SuperSport to televise some, if not all of the games, to add to the exposure.

It’s far from ideal, but if the Covid-19 pandemic has taught CSA anything, it is to be adaptable. Australia has shown disregard for honouring commitments in a situation that couldn’t be any safer, under the current circumstances.

That’s not to say there were guarantees of no one on the touring party contracting Covid-19, but they were greatly reduced. DM168