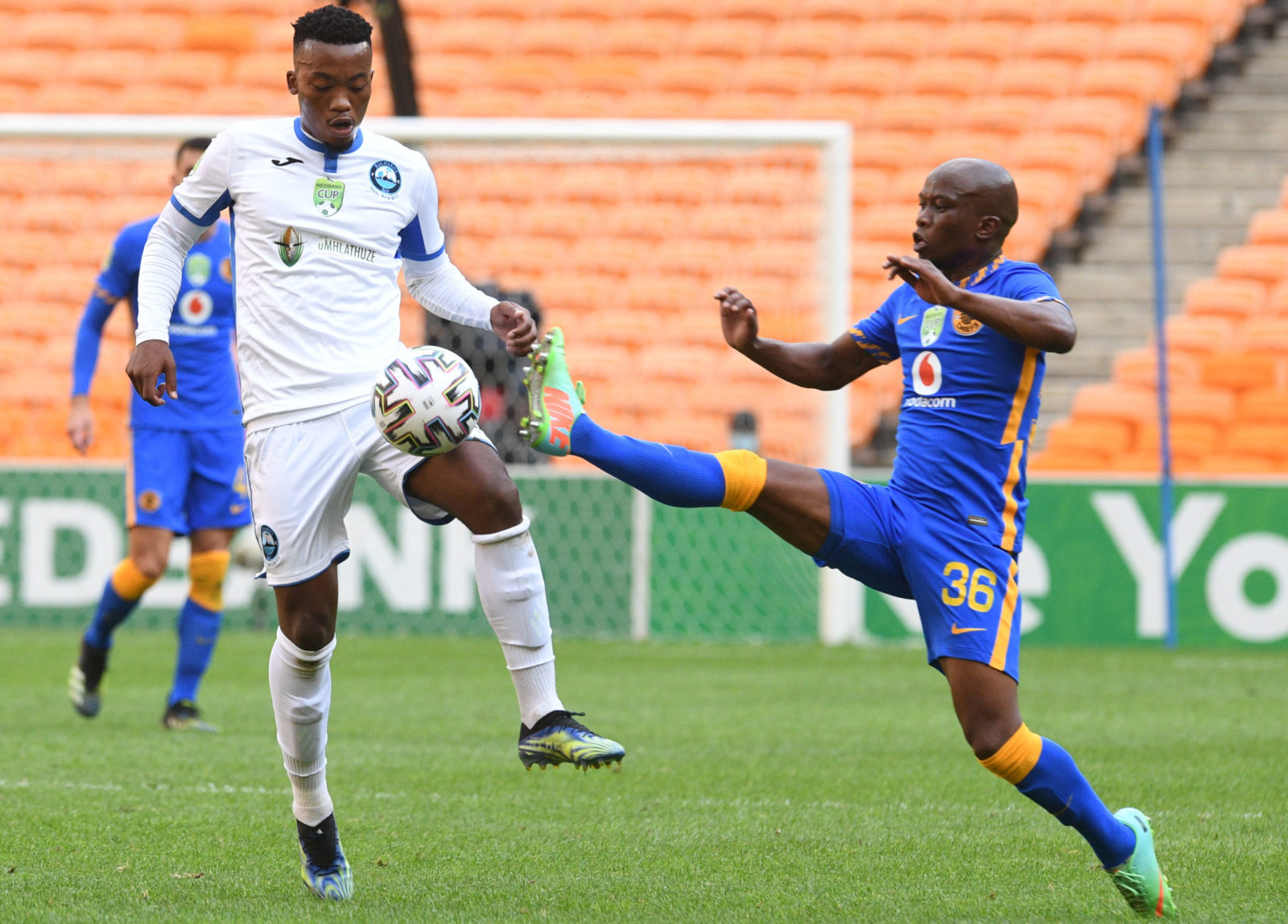 True to its nature of upsets, The Nedbank Cup dished out a major example in the first round as Kaizer Chiefs were eliminated. Fellow cup specialists Supersport United suffered a similar fate.

Thirteen-time Nedbank Cup champions Kaizer Chiefs became a casualty of the Nedbank, which is synonymous with dishing out upsets in excess amounts. The Soweto giants were bundled out of the competition by GladAfrica Championship side, Richards Bay United.

Amakhosi have been victims of upsets in the past as well. From the 27 matches they’ve played against lower-league opposition in the cup competition, they’ve now suffered six losses.

Speaking after the 2-1 defeat, Chiefs coach Gavin Hunt described it as embarrassing.

“The first word that comes to me is embarrassing. On a personal level, I don’t think I’ve ever lost to a first-division side in my 26 years [coaching]. So, it’s a bit embarrassing from that perspective,” lamented Hunt, speaking to Supersport.

Already 1-0 down and chasing the game, Chiefs went down to 10 men when Siphosake Ntiya-Ntiya made a rash challenge on the halfway line in the 64th minute, receiving his marching orders for a second bookable offence.

Despite playing with a man down for almost 30 minutes of the game, Amakhosi fought for an equaliser which came through Leonardo Castro 12 minutes after the red card. Then in the referee’s added time Richards Bay left Amakhosi shellshocked when Siyabonga Vilane tapped home from a counter-attack.

“I warned them [about being complacent] yesterday, the whole week since the draw… We had numerous chances in the first half and just didn’t make the final ball count. Even when we went to 10 men, we still got numerous chances. You’ve got to do better,” said Hunt.

The blotch is yet another disappointment for Hunt, who took over Amakhosi at the beginning of the 2020/2021 season.

Orlando Pirates have so far this season been ruthless, seamless and efficient. The problem is that they’ve equally been lethargic and gangly; to their detriment.

On Saturday during their last 32 tie, the Buccaneers once again struggled to shift gears. Fortunately for them, despite this lacklustre display, they were able to navigate past GladAfrica side Uthongathi with a 1-0 win.

Pirates coach Josef Zinnbauer hinted that his players might have not been focusing 100% on the game, hence failing to stamp their authority on it.

“It’s football, most of the time when you don’t score early then it’s difficult. The opponent gets the second [wind] goes forward with nothing to lose. We have to run, and you see the field, it’s a very [big] field. It’s a lot of energy and you see the players thinking, ‘oh we have Tuesday the next game against Cape Town City,’ ” Zinnbauer told Supersport.

“Maybe it’s the mindset from the players. But from us what’s important is that we are in the next round and that was the target today.”

In that game, the German will be looking for a much-improved performance, because with every unconvincing display pressure mounts on him.

Cape Town City recorded the most emphatic victory of the first round, trouncing fellow DStv Premiership side Bloemfontein Celtic 4-0. Forward Tashreeq Morris was the hero for the Capetonians as he grabbed himself a hat-trick.

The former Ajax Cape Town man has so far failed to cement a place in Jan Olde Riekerink’s starting 11. Before his show-stopping performance, he had only scored one goal in 12 appearances in all competitions. With his three-goal haul, he will provide his coach with something to ponder for upcoming games.

“It’s very nice that Tashreeq scored the three goals. He had to wait a long time for a chance [to start], which he didn’t always take. But today [Saturday] he was the celebrated man,” Riekerink told the media after the game.

The display will also have injected Morris with large amounts of confidence which he will hope to use to command a regular place.

Defending champions Mamelodi Sundowns booked their place in the round of 16 with a hard-fought 3-2 victory against Stellenbosch. Benni McCarthy’s AmaZulu came from behind in the dying moments of their KZN derby versus Golden Arrows, forcing extra time and subsequently penalties, which they won 5-4.

The draw for the round of 16 is expected to take place on Monday, 8 February, straight after the final fixture of the round between Baroka and Ajax Cape Town which will kick off at 5pm. DM

Hung out to dry: Eastern Cape community without water for almost half a decade asks the court to force municipality to help