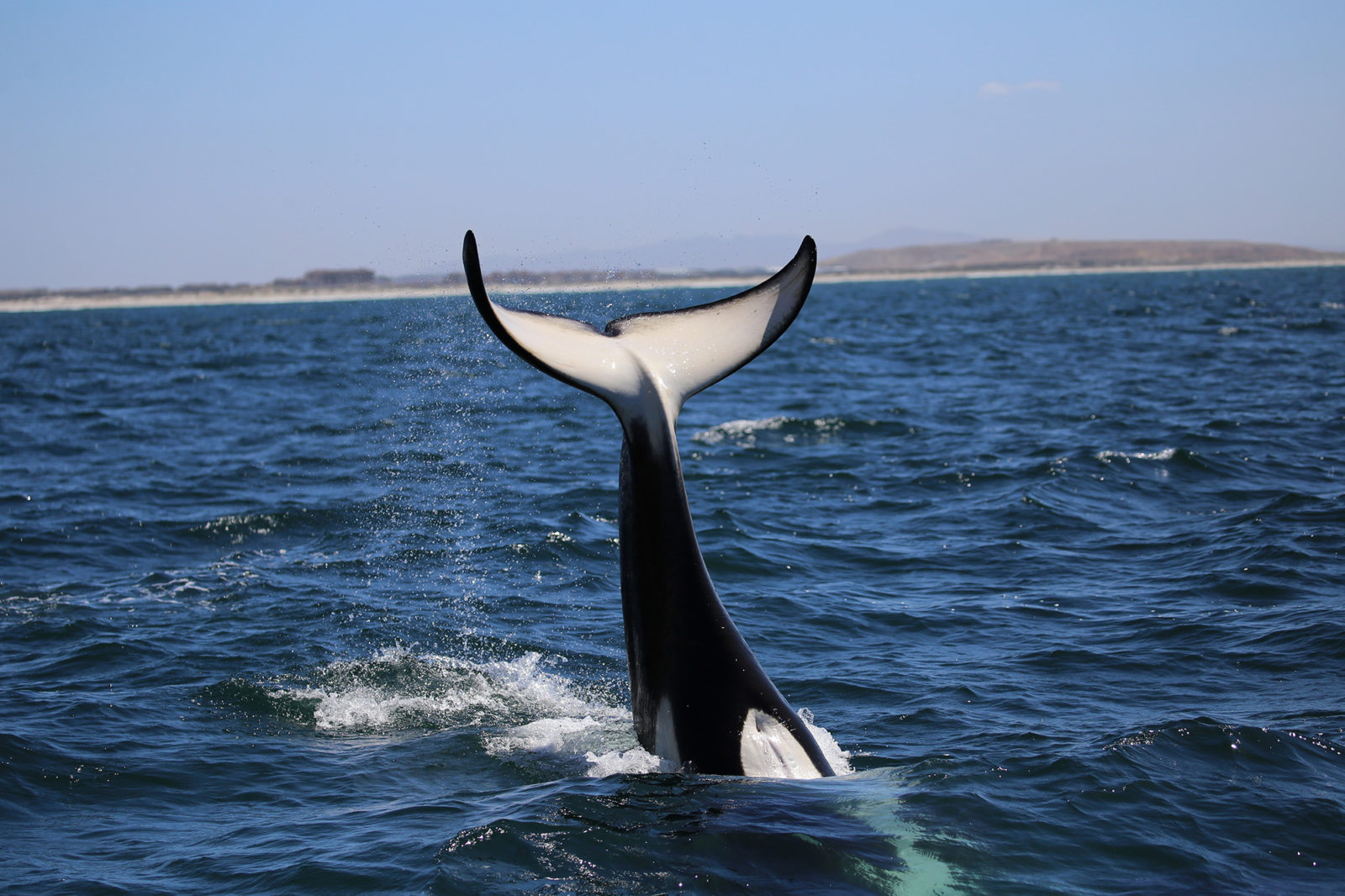 Like humans, orcas learn behaviours and vocalisations – an individual killer whale effectively learns its dialect and accent from other killer whales in the region. This makes it especially exciting that one was recorded off the False Bay coastline recently, in a first for the country.

The elusive vocals of a potential namesake of Elvis, the King of Rock, may help marine experts understand how certain sea creatures communicate with each other. The recording of the haunting sounds – those of an orca, or killer whale – was recently captured along the False Bay coast.

These sounds, documented in the sea off Fish Hoek in Cape Town on 26 January, mark a first for South Africa – the first time a killer whale’s vocalisations have been recorded in the country.

“Everyone was super-excited. It’s been the missing species for us for ages,” said Simon Elwen, a founding director of Sea Search Research and Conservation, an organisation based in Muizenberg. Elwen is also a research associate at Stellenbosch University.

“Killer whales are complicated and intelligent animals. They learn behaviours and vocalisations… It effectively learns its dialect and accent from other killer whales in the region, so it’s really important for our research that we have calls recorded from local animals,” Elwen said this week.

Fannie Shabangu, a marine biologist in the Department of Environment, Forestry and Fisheries, who has done research into marine biology, including bioacoustics, said the recording could provide “baseline information” to be used for continued research.

“For science, this is a great stride. It’s important we have African scientists who do this type of research.”

It is not yet clear what the vocalisations of the male killer whale could mean.

Elwen said its wellbeing was of some concern. “A deep-sea group-living animal hanging out close to the shore… It’s quite possible it’s sick,” he said. The animal would be monitored when possible.

While the frequency of killer whale sightings has increased in South Africa over the past decade, possibly because of more social media reports and digital camera use, the mammals are still a rare sight.

“We still don’t really know much about the behaviour of killer whales in South Africa,” Elwen explained. “Nobody’s really tried to do dedicated work on them before, and most knowledge comes from animals which have stranded over the years.”

Elwen and a team are co-ordinating a national catalogue of individual killer whales to better understand their numbers and movements.

Like most dolphins, killer whales can be identified via photographs – this involves differentiating animals through analysing scars or specific chunks missing from dorsal fins.

So far Danielle Conry, a biologist at the University of Pretoria’s Marion Island Marine Mammal Programme, who was assisting Elwen, has identified more than 50 individual killer whales around South Africa.

This work forms part of a broader developing research project.

Sea Search relies on members of the public to alert it to killer whale sightings and encourages the public to send it photographs.

The rare frequency of sightings in South Africa made the spotting of the lone marine mammal off Fish Hoek on 26 January all the more pivotal.

A post on Sea Search’s Facebook page captured the excitement. It said: “This morning Simon jumped on board with Dave Hurwitz from Simon’s Town Boat Company with the aim to photograph, biopsy and record this individual.

“He successfully secured the hat trick and collected some amazing recordings, showing a whole range of vocalisations and calls from this individual.”

The killer whale was spotted again two days later, then this past Sunday and again on Tuesday.

Elwen said that on Sunday it was quieter compared to the first day it was spotted and recorded, but had “whistled” when a boat had passed near it.

Dolphins and whales are easily disturbed by underwater noise and South Africa has strict regulations on how closely one can approach these animals without a research or whale watching permit.

The team involved in the recording of the killer whale had come up with some suggestions for its name.

One was Nanette, after the woman who had initially spotted it.

Another was Elvis, after the rock star, “because it’s the first one singing”. A hydrophone, or waterproof microphone, was used to record its vocalisations.

Elwen said that last Sunday a hydrophone was moored to the seabed off Fish Hoek to “listen” continuously and would be removed this Sunday – its recordings would then be analysed to see if more vocalisations had been captured.

For example, Elwen said, dolphins were not often spotted along False Bay, but hydrophones picked up their sounds at night.

The vocal killer whale was not the only one recently spotted along South Africa’s coast.

On 25 January, a carcass washed up along the shore just outside Port Elizabeth.

This is also rare.

Greg Hofmeyr, curator of marine mammals at Bayworld, said the washed-up whale’s pectoral fins were entangled in a rope that seemed to be from the fishing industry.

Photographs of the animal’s dorsal fin would be sent to be compared with photographs in the catalogue of killer whales. The whale’s carcass had also been dissected.

“We managed to collect the entire skeleton. We are going to clean it then put it on display at the museum. We will use the display to tell not just its story, but also the story of ocean conservation.”

In 2015, a dead killer whale washed ashore in Plettenberg Bay.

Hofmeyr said it was later discovered the animal’s stomach was “full of rubbish”. DM168