This weekend we’re watching: why you don’t murder 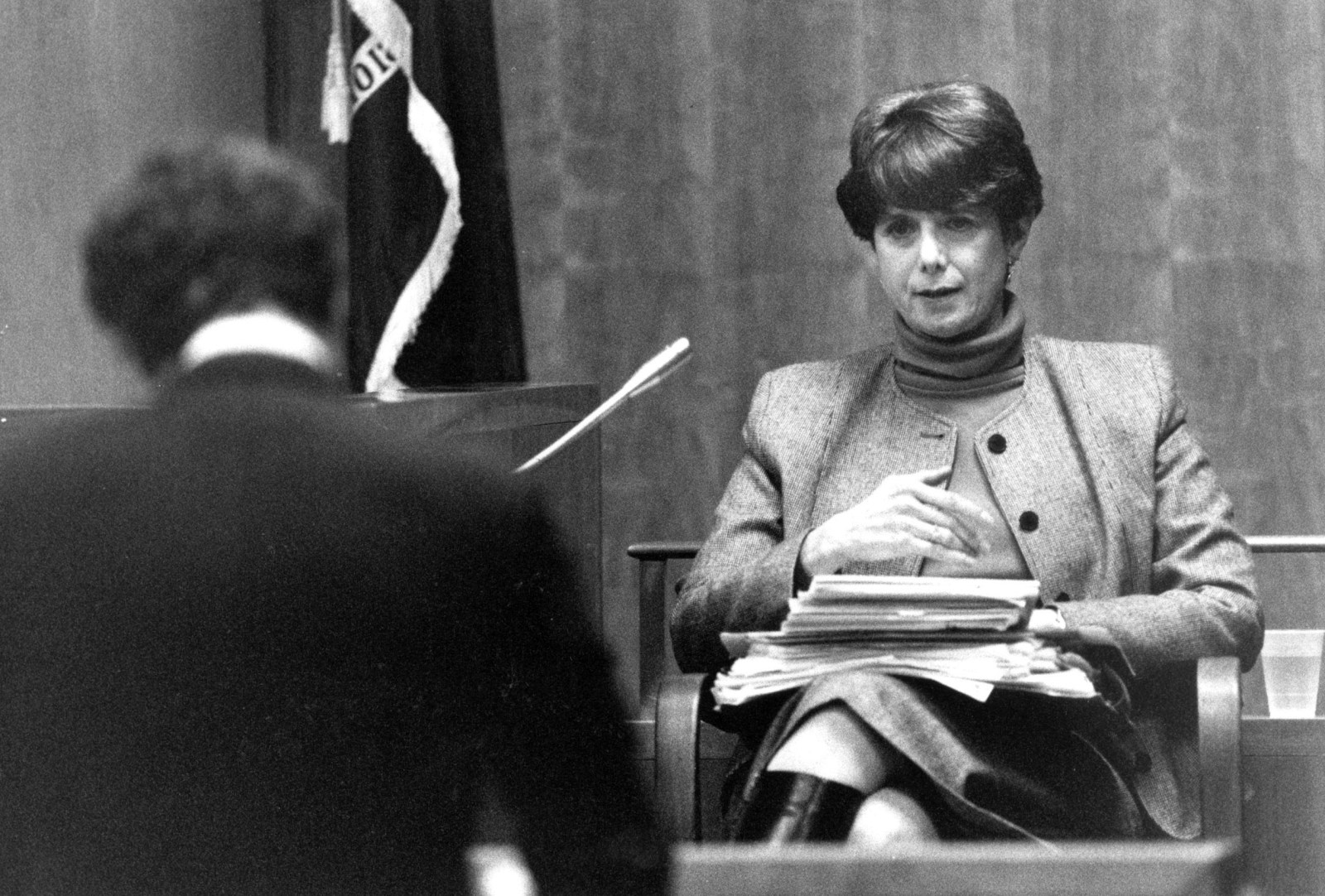 Having spent her life studying some of the most famous serial killers ever, psychiatrist Dorothy Lewis shares her findings on the link between madness and murder in the 2020 documentary Crazy, Not Insane.

Don’t you ever wonder why you don’t murder? Humans have a natural curiosity about the act of killing – throughout history we have revered and condemned murderers and we continue to come up with creative ways to off one another in stories, films, games and every manner of entertainment – but how does someone actually become a murderer and what differentiates them from the rest of us?

Crazy, Not Insane is a 2020 documentary about the career, controversy and conclusions of renowned psychiatrist Dr Dorothy Otnow Lewis, who spent her life studying and evaluating murderers and serial killers, including Mark David Chaplin (the man who shot John Lennon) and Ted Bundy (arguably the most famous serial killer of the 20th century).

The film features interviews with Lewis and her contemporaries discussing controversial psychological topics, as well as footage of her most important and influential patients and cases, each one evoking a different perspective on the nature of the homicidal mind. Unrecorded anecdotes from Lewis’s autobiographical writing are animated in rough charcoal, reminiscent of a Rorschach test, and narrated by the hazy, rich voice of Academy Award-winning actress Laura Dern.

Originally, director Alex Gibney approached Lewis as a consultant for a miniseries he was making which would star Laura Dern as a psychiatrist who saw patients on death row; but when Lewis began showing Gibney videotapes of her past cases he found them so intriguing that the production morphed into an account of her story.

Lewis is a vivacious, intelligent woman in her 80s with an unorthodox mind and a deep sense of empathy. Having been a small Jewish child in the 1940s, she was fascinated by the Nazis’ cruelty. Even at a very young age, she was aware of her own anger and aggression and asking herself why she didn’t kill when they did. “I’ve been horrified by the fact that I think any one of us, myself included, could become a Nazi.”

During her early career as a psychiatrist in the 1970s, she was working with juvenile delinquents, many who had killed. People are not born homicidal, so whatever had steered these children towards lethal violence must have happened within the space of their short lives. By studying children rather than adults, she could observe the developmental stages of murder with fewer variables.

What she found was that the homicidal kids were much more likely to have been abused and have signs of organic impairment – brain dysfunction. Children who have been battered often exhibit brain haemorrhaging, a feature which seemed to distinguish many of the aggressive kids from those who were psychiatrically ill but not violent.

Based on these correlations, Lewis began to seriously question traditional medical and legal narratives about murder and mental illness.

“Gradually I was gathering clues. Why does one person cry out in pain while another lashes out in response to it? What I’ve found is that when you couple a predisposition for psychosis with a history of early on-going abuse, you get a super dangerous person.”

Lewis went on to be headhunted by defence attorneys representing murderers on death row. Sure enough, an alarming number of the subjects she evaluated displayed brain dysfunction and had horrendous histories of abuse.

Lewis describes her disturbing first encounter with a sufferer of DNI, (dissociative identity disorder) a disorder which many medical practitioners still contest exists. DNI was central to many of her cases, so she was constantly accused by fellow psychiatrists of having induced the appearance of multiple personalities in subjects through suggestive interviewing.

Disillusioned by her peers and the number of apparently insane criminals being sentenced to death, she quickly became an important figure in criminal law, in opposition to the death penalty.

According to Lewis, there is an unethically low bar for who can legally be defined as sane, and psychiatry still adheres to legal definitions, rather than the other way around. She believes that legal processes involving disturbed perpetrators put all the focus on the aggravating circumstances of a murder – the grotesqueness of the crimes – and neglect the mitigating circumstances such as the victim’s abusive childhood and “whether the individual has [the] control to conform his behaviour to the requirements of law.”

Lewis’s argument is basically that jailing or executing serial killers without studying how they come to be is tantamount to trying to eradicate a virus by killing those who catch it rather than treating them or studying how it’s spread. Imagine what we could have learned if we’d had a chance to study what made Hitler tick under scientific conditions.

At the heart of the debate is an ideological disagreement about human nature. If sane people can be serial killers, what does that say about humans as a species? On the other hand, if you treat serial killers as abused sufferers of mental illness who are not wholly culpable of their actions but rather victims, living manifestations of misfortune and abuse; you question the notion that humans can be evil.

“Evil is a religious concept, it’s not a scientific concept, and what society wants to do with (a homicidal person) is up to society.”

Lewis is sceptical that psychopaths actually exist. Of all the murderers she had examined, the one she felt most closely resembled a “cool, premeditated killer without a trace of psychosis” had killed 19 people at the time of the interview. He was an executioner – a man with a brutal past who had served jail time for assault and battery, being paid by the government to carry out the sentences of other killers, some of whom were Lewis’s patients.

The study of psychopathy was significantly bolstered by the Ted Bundy case because he himself perpetuated the idea that he came from a perfectly normal childhood. Lewis worked on Bundy’s case, but several other medical professionals had already diagnosed him as a psychopath. Even though Bundy only features near the end of Crazy, Not Insane, the film was nearly called Dorothy and Ted, because Lewis feels that Ted Bundy was the time she got it wrong.

Publically, Bundy claimed that the original source of his compulsions to kill was the influence of pornographic smut, but off the record, during a four-and-a-half-hour interview with Lewis, he admitted to far more.

The last half an hour of the film focuses on the day Lewis spent with Bundy and evidence of his unsettling family history and aberrant child behaviours that she discovered after his execution. Lewis controversially explores the possibility that Bundy falls somewhere on the continuum of dissociative identity disorder.

Crazy, Not Insane is as sad and disturbing as it is riveting. An ominous score blows through it wistfully, but Gibney’s accomplished directing keeps you from being swept too far from the narrative and the central message of the film – that murderers are made, not born.

“The more we understand about the genesis of violence, the harder it is to draw the line between guilt and innocence.” Lewis ends on a sombre note, saying simply “I’m not sure that we’ve come as far as we think we have.” DM/ ML

Crazy Not Insane is available for screening in South Africa from February 4 on Showmax.
You can contact This Weekend We’re Watching via [email protected]