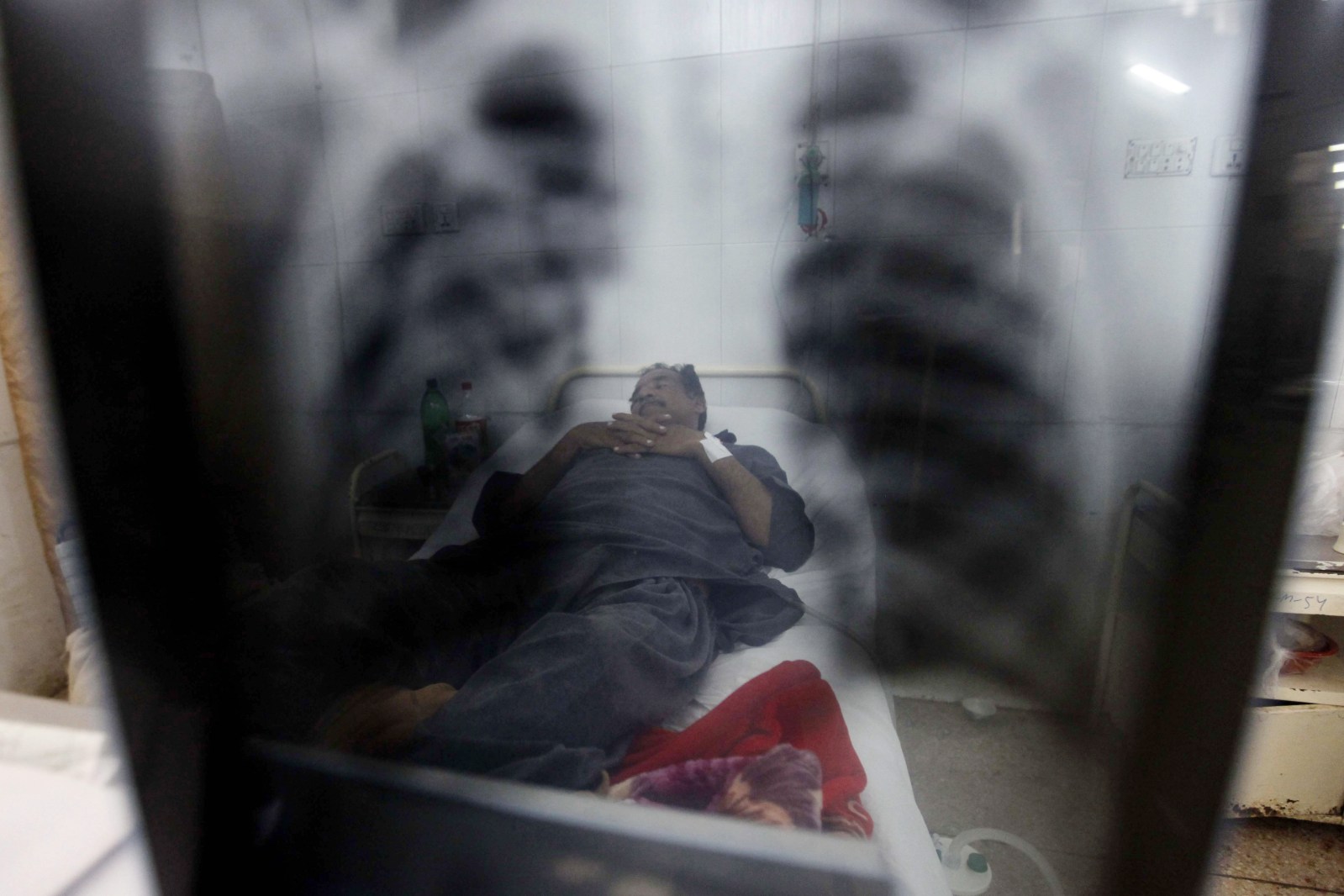 Over 150,000 people who had TB in South Africa in 2018 were not diagnosed, according to findings from South Africa’s long-awaited National Tuberculosis Prevalence Survey. One reason for this is that an unexpectedly high number of people do not show the typical TB symptoms and are never X-rayed.

An estimated 390,000 people became ill with tuberculosis (TB) in South Africa in 2018, according to the country’s first-ever National TB Prevalence Survey released on Friday, 5 February.

The higher than expected number follows World Health Organization (WHO) figures published in 2020 that estimated that around 360,000 people in the country fell ill with the disease in 2019. The WHO estimates, in turn, were around 20% higher than its previous estimates of around 300,000.

Commenting on the finding that many people with TB are never diagnosed, Minister of Health Dr Zweli Mkhize said: “The implications of this is continued transmission. To break the cycle of transmission, we need to extend services to communities through outreach programmes and sustain infection-control practices from Covid-19.”

One of the most significant findings of the survey was the high percentage of people who were found to have active TB but who showed none of the traditional symptoms of the disease, including cough, night sweats, weight loss and fever.

Of the 234 people found to have TB in the study, more than half, around 58%, had abnormal X-rays without any TB symptoms, 35% had both abnormal X-rays and TB symptoms, and around 7% had symptoms only. Around 35,000 people participated in the survey, well short of the targeted 55,000.

These findings have serious implications for South Africa’s TB screening approach, which heavily relies on asking patients if they have any of the traditional symptoms associated with TB.

Mkhize noted the survey found a “blind spot”, “showing positive cases having no symptoms” which means there “has to be a whole rethink of how we screen for TB”.

The survey also found that two thirds of people (66.6%) who had one or more symptoms of TB did not seek care for a variety of reasons. These reasons included that they were still going to seek care, that they regarded their symptoms as not serious, that they had no money to travel to health facilities and that health facilities were located too far from where they lived.

One of the key recommendations coming out of the survey is to increase “access to TB screening and testing services through outreach programmes using mobile testing and X-ray facilities”.

According to Dr Sizulu Moyo from the Human Sciences Research Council sub-clinical (asymptomatic) TB is “underestimated” when it comes to the total burden of TB. Moyo, one of the principal investigators in the survey, presented the key findings of the survey on a Department of Health webinar. “Given that they have no symptoms but have bacteriologically confirmed TB when tested, chest X-rays play a key role and should be given a greater role in active case finding,” she said.

Mkhize also noted the need to include new technologies to expand “the use of chest X-rays for TB screening at facility and community level”.

A pilot study is currently under way in six districts looking at the feasibility of using mobile and portable X-ray technologies in combination with “artificial intelligence to simplify interpretation for clinicians”. (Spotlight previously reported on the use of AI and X-rays in TB detection.)

In South Africa, HIV has long been considered the main driver of the country’s TB epidemic. While it is clearly still the case, it may not be as much as previously thought. In the survey, only 28% of those found to be ill with TB were also living with HIV.

The survey confirmed that TB rates in men were much higher than in women.

“TB prevalence is 1,6 times higher in men than in women,” said Moyo. Yet it was also found that men were much less likely to seek care compared to women.

Mkhize noted the need to “focus on men” who “tend to be shy of seeking health assistance” and to “integrate” them more effectively into TB detection strategies.

“Of the recommendations that we made is to integrate TB into other men’s health programmes, for example, the voluntary medical male circumcision programme,” Moyo said. “There are already some mechanisms in place to reach men which we can use [to identify more cases of TB in this group].”

Spotlight understands that the survey findings were ready a year ago in February 2020. In June 2020, Spotlight requested access to the findings in terms of the Protection of Access to Information Act, a process that dragged on for months. The Department of Health had twice previously scheduled webinars to announce the findings and then postponed the webinars. Some of the findings were briefly presented at a TB conference in October 2020 that was not open to the public.

On today’s webinar Deputy Minister of Health Dr Joe Phaahla “unreservedly” apologised for the repeated “delays and postponements” of the report which, he noted, is “long overdue”. The significant delay in releasing these findings were entirely attributed to the unforeseen onslaught of Covid-19.

He said that often when there is a delay like this, there are some “suspicions [that] people in government are trying to doctor the report”. “I can assure you that no such thing happened… most of [the delays] were due to circumstances beyond our control. Over the last 12 months, we’ve been living with a pandemic that has affected our lives in almost everything we do. The release of this report did not escape adverse effects of this pandemic,” he said.

Mkhize noted that the TB response suffered under Covid-19 but that the lessons learnt from the new pandemic can be used in the fight against TB.

“We need to begin to look at how to integrate Covid, together with TB, because TB screening has suffered from a focus solely on Covid. Integration needs to be prioritised – a lot of work needs to be done,” he said.

Dr Helene-Mari van der Westhuizen, of the activist organisation TB Proof, in a press release noted that during the Covid-19 pandemic it was evident the difference high-quality data on disease prevalence makes to inform a coordinated and targeted public health response. “We do not have the same quality data for TB, and based on the national TB prevalence survey, it seems like the true prevalence of TB is substantially higher (about 20%) than initially thought. Health workers and patients will benefit from knowing the exact extent of the TB pandemic, as it will help determine where the biggest gaps in care are and inform care seeking behaviour,” she said. DM