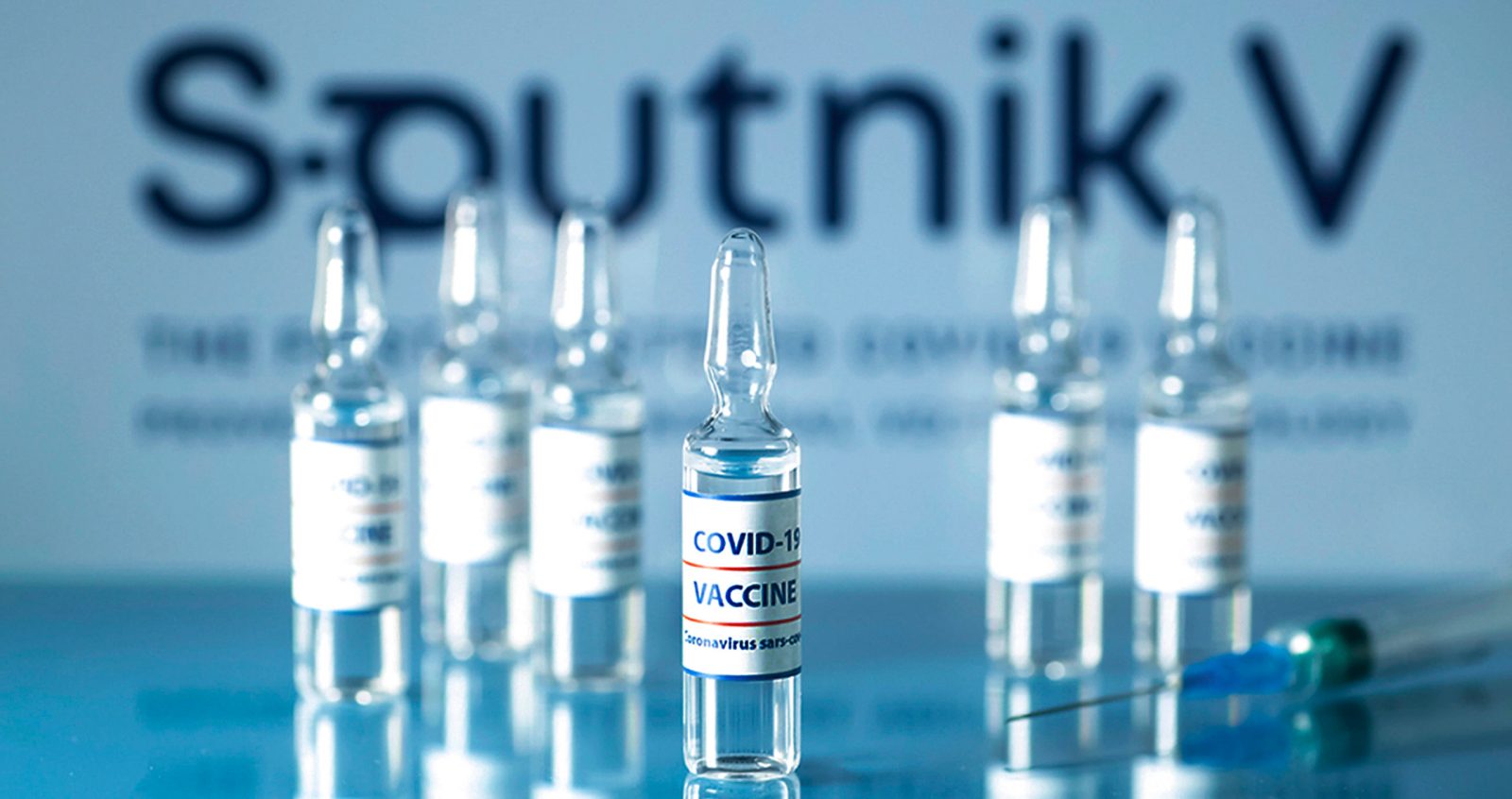 In what is being seen as a boost to global efforts to control the pandemic, local researchers have welcomed findings for Russia’s Sputnik V viral vector vaccine, which achieved efficacy of 91.6% in preventing symptomatic Covid-19 in a large phase 3 clinical trial.

The findings from a preliminary analysis of the phase 3 clinical trial were published in the Lancet medical journal on Tuesday. Unlike most other phase 3 Covid-19 vaccine trials, the vaccine and control groups in this trial were not the same size, but divided in a three-to-one ratio.

The analysis based on data from nearly 20,000 participants showed that the two-shot vaccine offered full protection from severe disease. There were no serious adverse events associated with the drug and it was found to be safe and effective in people over 60, who are at highest risk for severe disease and death.

The preliminary results do not show whether Sputnik V reduces the risk of transmission or asymptomatic infection, and it is not clear how long protection lasts.

The trial is ongoing and aims to include 40,000 people. Monitoring of safety and efficacy is continuing.

Confirmation of Sputnik V’s efficacy and safety is easing scientific scepticism of the Gamaleya Institute’s vaccine after it was given state approval in August before phase 3 testing. There were concerns at the time that Russia’s premature regulatory approval of the vaccine was driven by geopolitical ambitions.

Sputnik V has been given regulatory approval in 16 countries so far, including Hungary, which broke ranks with the European Union last month by becoming the first bloc member to approve it. The latest data has been submitted to the European regulator for review.

He said the lack of diversity – only white males were included in the study and there’s no mention of the vaccine’s efficacy on HIV – is notable. “But, there is a good spread across ages” from 18 to over 60.

Prof Linda-Gail Bekker, director of the Desmond Tutu HIV Centre and co-leader of the ENSEMBLE Johnson & Johnson trial in South Africa, says the Sputnik trial is “compelling” but she, like Hanekom, questions the absence of data for HIV-positive people.

She says more research is needed to find out whether the vaccine is safe and effective for people living with HIV.

Similar to the Oxford/AstraZeneca vaccine, Sputnik V is a viral vector vaccine which is based on a modified version of adenovirus, a common cold virus. This is tailored to carry genetic instructions for making the coronavirus spike protein, which it passes to human cells. The manufactured coronavirus spike protein then triggers an immune response to protect against Covid-19.

Sputnik V, however, uses a different human adenovirus for each of the two doses – initially recombinant human adenovirus Type 26 (rAd26-S) followed by a booster shot with Type 5 (rAd5-S) to trigger a stronger immune response and reduce the risk of resistance. AstraZeneca uses a double dose of Type 26 and Johnson & Johnson, a single dose of Type 26.

The Johnson & Johnson vaccine also uses the Type 26 in a single dose.

“The only question I have around the Type 5 boost, is that the data we have from previous HIV trials using the Ad5 platform was not successful and worryingly, in certain populations, we saw an increased risk of acquiring HIV,” Bekker says.

A roundup of the current vaccine frontrunners puts the Gamaleya Research Institute’s Sputnik V vaccine in the same high efficacy group as the mRNA vaccines made by Moderna and Pfizer/BioNTech, which show efficacy of around 95%.

It is important to note that, while efficacy in preventing Covid-19 varies between the six current vaccines, they all appear to be highly effective at preventing severe Covid-19 and death.

Efficacy rates for the Oxford University/AstraZeneca vaccine have varied between 62% to 90% in late clinical trials, with most trial results in the lower end of that range.

One million doses of the Covishield vaccine manufactured by the Serum Institute of India, under licence from AstraZeneca, was the first vaccine to reach South Africa’s shores. The two-dose vaccine will initially be rolled out to healthcare workers.

Preliminary findings, not yet published in a reputable medical journal, for the single dose Johnson & Johnson vaccine in phase 3 clinical trials, show 66% efficacy overall, with 72% in the United States and 57% in South Africa, where the highly transmissible 501Y.V2 variant is dominant.

The vaccine showed 85% efficacy at preventing moderate-to-severe disease 28 days after vaccination. Over 40,000 participants were enrolled.

Novavax recently announced its vaccine was 89% effective in its United Kingdom phase 3 trial.

The South African phase 2b trial of the vaccine suggests 60% efficacy against mild and severe Covid-19 among the 94% of trial participants living without HIV.

The overall efficacy in South Africa of 49% included HIV-positive volunteers, but the numbers were low, which makes these figures highly uncertain.

The researchers say the highly contagious 501Y.V2 variant was responsible for 90% of infections in the South African leg of the study, which enrolled 4,400 volunteers.

Hanekom says crucial results showing that the vaccines used in all these trials prevent severe disease and death are being lost, even though it means a heavy weight will be lifted off overburdened hospitals and health workers if people are given these vaccines.

“We want vaccines to protect individuals, but we also know we’re going to control the epidemic with more than 50% efficacy.

Bekker agrees. “If everyone is vaccinated, we know we have a reduced risk of death and severe disease. We need to get away from the idea that we are going to stop infection in everyone 100 percent… we need to calculate how we think about this and get back to a reasonable goal of normality.

“It’s encouraging that although we (Johnson & Johnson) took a hit for efficacy overall, we are the same globally for reduction of death and disease.”

The 501Y.V2 variant in South Africa has shown a deft ability to dodge protective antibodies in the bloodstream. Vaccines developed before the emergence of this variant have shown reduced ability to protect against it.

Bekker says the Johnson & Johnson and Novavax vaccine are the only ones that have “hard and fast” data on the variant in South Africa which drives up infections in the country. The variant is now being reported in 31 countries, including the United States, United Kingdom and Australia.

Hanekom says the Johnson & Johnson (57% efficacy) and Novavax (60%) trials in South Africa suggest less protection against the variant, but the fact that there is still some protection is “good” and will have a “massive impact on the epidemic”.

However, he says published data of these studies is needed to scrutinise the detail to understand what the role of the variant has been. Hanekom says the clinical results can be complemented with laboratory results.

Pfizer/BioNTech and Moderna have already tested their vaccines against variants and have published results in preprints which show the vaccines are sensitive to the variants.

AHRI scientists, working in a laboratory, are using live viruses and plasma samples from trial participants in the Novavax, Johnson & Johnson and AstraZeneca studies in South Africa. They are investigating whether the viruses can be stopped by antibodies generated from the vaccine.

“We are hoping for more definitive results, which are expected soon,” Hanekom said. DM/MC

Adele Baleta is an independent science journalist, WHO vaccine safety communications adviser and trainer. She is also a member of the vaccine hesitancy working group of the National Advisory Group on Immunisation.

Information pertaining to Covid-19, vaccines, how to control the spread of the virus and potential treatments is ever-changing. Under the South African Disaster Management Act Regulation 11(5)(c), it is prohibited to publish information through any medium with the intention to deceive people on government measures to address Covid-19. We are therefore disabling the comment section on this article in order to protect both the commenting member and ourselves from potential liability. Should you have additional information that you think we should know, please email [email protected]co.za