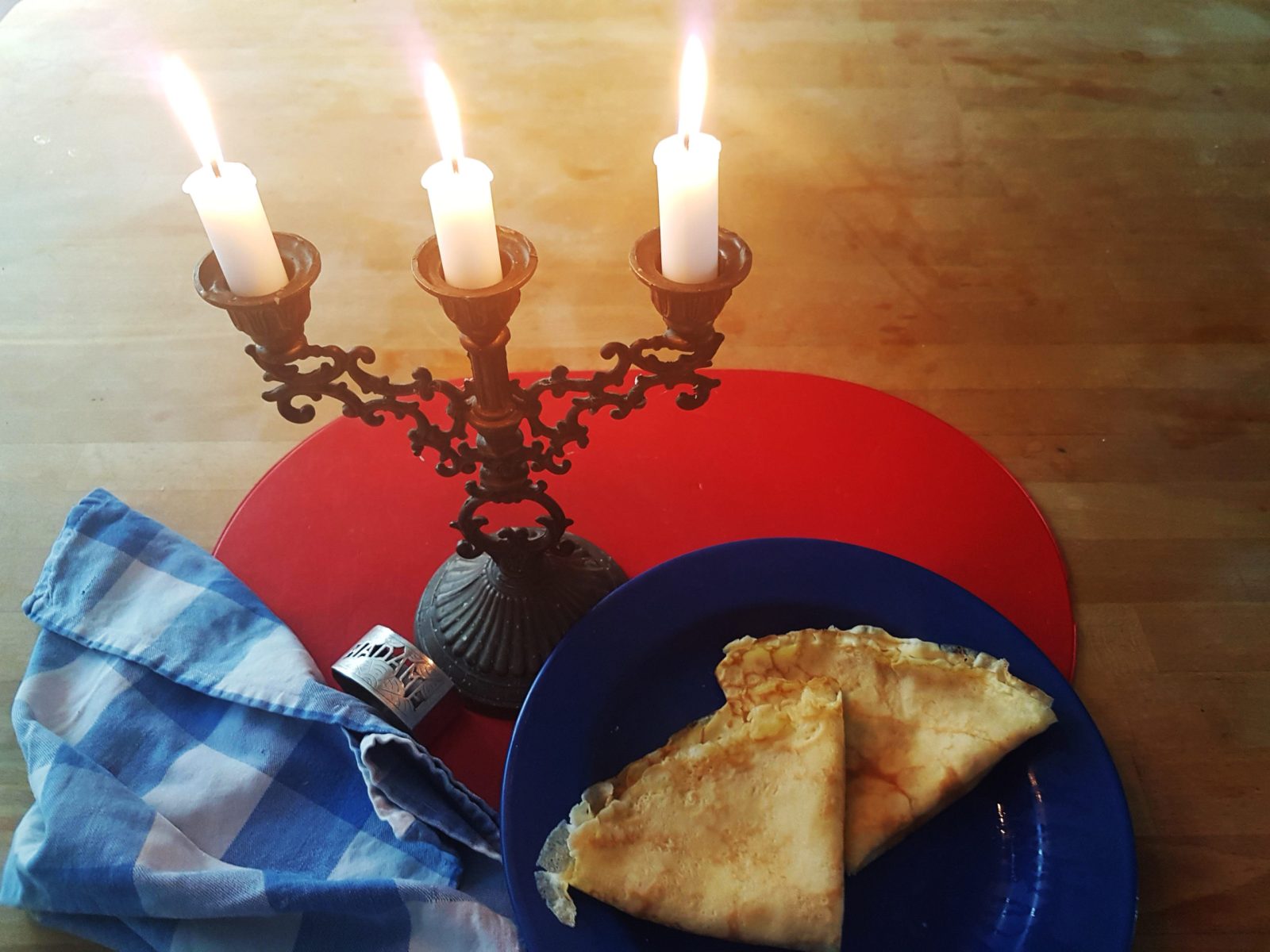 I will never forget my first experience of eating crêpes (lots of crêpes) to celebrate the French festival of Chandeleur. It was almost 25 years ago, and I was a Calvinist boeremeisie newly arrived in the south of France, blissfully ignorant of the Catholic calendar and its numerous culinary traditions.

Where I grew up, we had Nagmaal, when the adults could have a sip of sweet wine and a morsel of dry bread in church, but that was the extent of eating and drinking connected to religion. There were regular church bazaars where huge mounds of garishly colourful trifle and pancakes dusted with cinnamon sugar were consumed to collect money for good causes (to build a new church hall or help pay the dominee or whatever), but we were certainly not stuffing our faces to commemorate specific dates. Or starving ourselves, for that matter, after the decadence of Carnival and Mardi Gras.

We didn’t bother with fasting in the Dutch Reformed Church because there wasn’t much decadence on show. Eating too much trifle at the church bazaar was about as decadent as you could ever get in public.

So imagine my surprise, after a few months in France, when a neighbour invited me to come and eat Chandeleur (Candlemas) crêpes at his home. Part of my surprise was because at that stage it seemed easier for a camel to pass through the eye of a needle than for me as a foreign single woman in a small village to be invited for a meal in any of the villagers’ homes. Everyone was friendly and helpful, and I was even invited to the ubiquitous apéro (drinks with snacks) once or twice, but never for an actual sit-down meal. In fact, it felt as if the apéro was a test that a foreigner had to pass before she could aspire to a dinner invitation – and I obviously failed the test.

Perhaps it was just that my French was too poor – and barely anyone in the village spoke more than three words of English – so table talk was bound to be extremely limited.

But in the first week of February, I was invited by an Italian neighbour (married to a Japanese-French woman) to participate in the pancake tradition of Chandeleur. The date falls on 2 February, exactly 40 days after Christmas, and marks the ritual purging of Mother Mary, but most modern French people don’t really know why they eat pancakes early in February. They simply do it. With absolute pleasure.

This was the biggest surprise of my first Chandeleur pancake night: although neither the Italian, Armando, nor his Japanese wife nor any of the “real French” guests was a practising Catholic, they all honoured the culinary tradition of crêpes early in February. In fact, you could literally smell the crêpes being baked in all the houses as you walked through the village, and I imagined this delicious smell hanging over the entire country.

I’ve done my bit to keep up the tradition ever since, so this week in my home we’ve been baking crêpes like every other February. But I still don’t know how the pancake batter got mixed up with the message of candles and light that Chandeleur or Candlemas is supposed to spread. Like many Christian festivals this one was superimposed upon a much older pagan festival that celebrated the return of light after the dark winter months in Europe, and apparently the round shape of a pancake symbolises the sun, source of light and giver of life.

This was the closest I could come to any kind of explanation.

Perhaps it also has something to do with the pancakes baked on Shrove Tuesday a little later in February. In some anglophone countries Shrove Tuesday or Mardi Gras is also known as Pancake Tuesday, because families had to get rid of perishable food products like milk and eggs before the Lent fasting that started the next day (Ash Wednesday) and continued until Easter. And what better way to use all the milk and eggs in the house than to mix a smooth pancake batter?

But to misquote Lord Tennyson in The Charge of the Light Brigade, “Ours not to wonder why…”, ours but to eat pancakes and die.

In my multicultural home our Chandeleur baking always produces an interesting combination of French crêpes spread with Nutella and folded in cute little triangles, and good old South African pancakes rolled up like newspapers, dusted with cinnamon sugar and sprinkled with lemon juice.

Although these are only the crêpes sucrées, the sweet ones you’re supposed to eat after a few crêpes salées or savoury pancakes. And for the filling of the savoury version you can give free reign to your imagination. We usually have different types of cheese or ham, slices of mushroom or biltong (the Mzansi magic, once again), fried eggs or crème fraîche or even a dollop of decadence in the form of truffle oil or truffle honey.

When our children were younger, we used to prepare a huge pile of pancakes and they could each choose their own fillings and warm their own creation in the pan that stayed heated on a low flame. So while one child was preparing his pancake at the stove, the others were eating theirs at the table, and then they simply switched places to continue the process. Because when it comes to Chandeleur crêpes, enough is never enough.

This year we couldn’t invite friends or family to participate in our pancake evening, since we still have a six o’clock curfew due to the pandemic. In fact, as I’m writing these words, we’re expecting the president to announce a third “hard lockdown” at any moment, so we might not be able to share our pancakes with our neighbours even in daytime.

It saddens me, because that first unforgettable Chandeleur experience was also the beginning of a social life for me as a foreigner in France. After that evening, other villagers started inviting me to their homes. Maybe I finally passed some mysterious test – or perhaps I just ate the pancakes with enough enthusiasm.

Still, I remind myself that Chandeleur is associated with candles and light, and that the shape of our crêpes symbolises the sun, because this February we all need to see a little light at the end of the Covid-19 tunnel. So I’ll continue mixing batter and flipping pancakes and doing my best to honour the tradition, even without friends and family.

And maybe next year, in February 2022, we can invite Armando the Italian and his Japanese wife Odile and my Dutch friend Loes and the British painter Ian, and celebrate the return of light after a long darkness with a real cosmopolitan pancake party again. DM/TGIFood