Underground talk: Sorry, who do you wish to squeak to? For the naked mole rat, it won’t be any old rodent 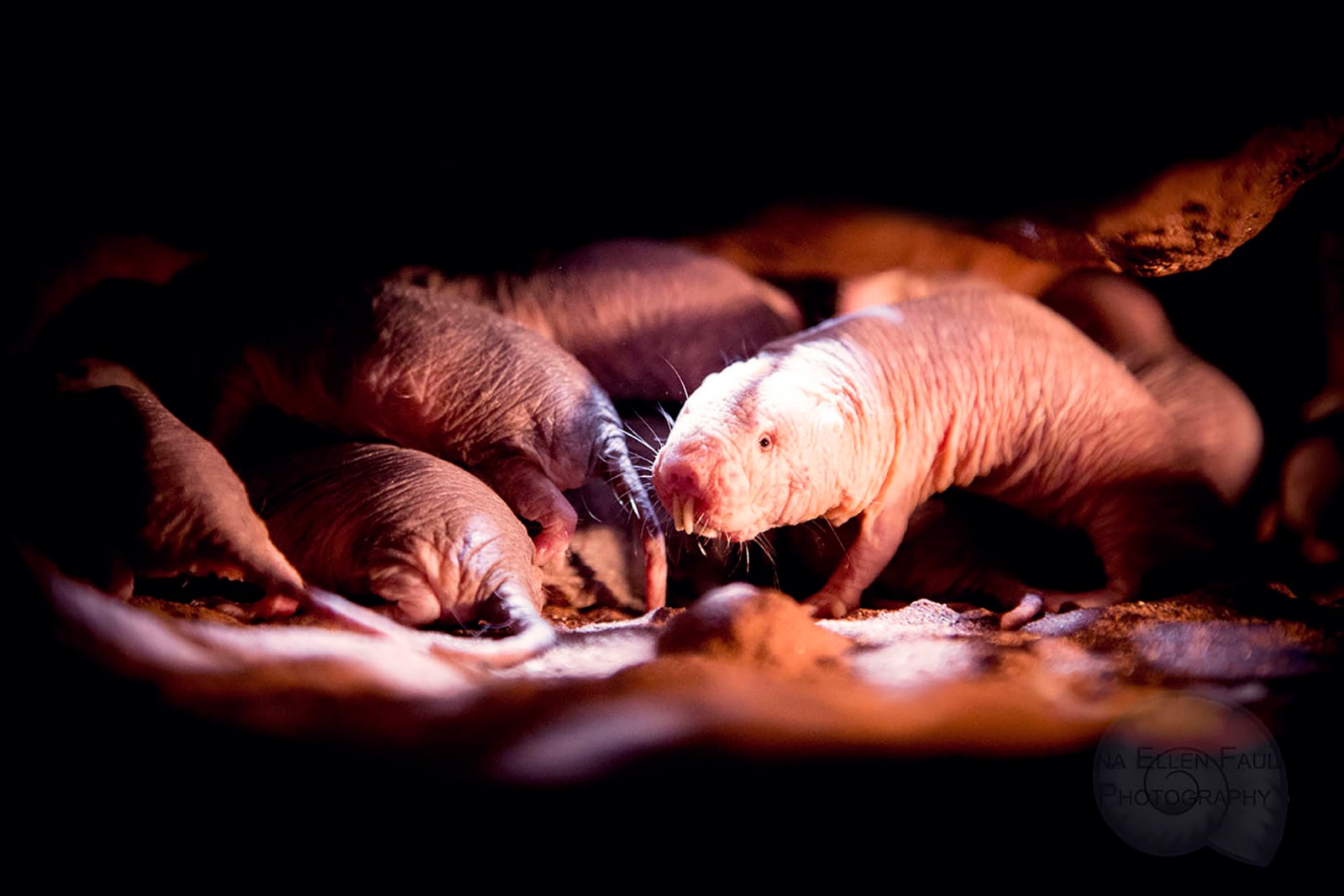 Nothing like scurrying around in the nude and living to tell the tail, South African and German scientists reveal.

Subsisting in budding empires beneath the soil, a rodent resembling a tiny, subterranean walrus has a lot to say to its mates – but only to dwellers in the hallowed chambers and passages of its own social colony. That’s because no one else would understand that colony, not even their nearest walrussy neighbours doing life in other colonies.

The naked mole rat (Heterocephalus glaber) negotiates the world in the wrinkled confines of a pink skin stripped of fur. Protruding incisors adapted to tunnel through clay soil complete the look.

And, thriving underground, this East African rodent appears to have evolved, in some ways, the ultimate solutions to mammalian lockdown. It is resistant to certain types of pain and can survive nearly 20 minutes without oxygen. A naked mole rat can be in its mid-30s before it forever surrenders its DNA to the tunnels that sustained it — a record-breaking achievement for the average rodent.

And now a study by scientists at Pretoria University (UP) and Berlin’s Max Delbrück Centre for Molecular Medicine (MDC) has found that these denizens of darkness chat to each other in surprising ways.

Naked mole rats “use shared dialects to strengthen unity of their large colonies”, write the German-South African teams in a research article featuring on the cover of the latest issue of the journal Science.

“The social and communication skills of human beings and naked mole rats appear to have much more in common than anyone might have thought,” they note.

They are “very communicative creatures”, Professor Gary Lewin, head of the MDC’s Lewin Lab, pointed out in a statement.

“If you stand outside their home and listen, you can hear the little rodents quietly chirping, squeaking, twittering, or even grunting to one another. We wanted to find out whether these vocalisations have a social function for the animals, who live underground together in an ordered colony with a strict division of labour.”

The naked mole rat is one of only two “eusocial” mammal species – thus representing an extreme version of multigenerational colony living also displayed by termites, ants and bees.

Clustering in groups of up to 300 animals, most naked mole rats – also known as “sand puppies” – spend their entire lives as the colony serfs.

Here, they protect the nest, run the creche and feed the queen, who, in turn, gets the unenviable task of birthing the serfs. In the interests of observing environmental constraints (such as territory and food), only a select few larger colony males will ever be allowed to mate with her.

These crinkly chatterboxes lived in laboratories in Berlin and UP during the study period, producing a dizzying discussion of about 36,200 chirps. Over two years, an algorithm analysed vocalisations belonging to nearly 170 individuals from seven colonies. And, after an initial training period, a specially designed computer program showed it could confidently tell which individuals made which chirps — sort of like tuning into Naked Mole Rat FM, and recognising the voices of individual commentators.

By scrutinising the chirps that naked mole rats use to greet one another, the researchers also determined that each colony probably has a distinct dialect, says MDC’s Dr Alison Barker, study lead author.

“That enabled us to infer that naked mole rats can recognise their own dialect and will selectively respond to that,” says Barker.

To determine how foreign naked mole rats would interact with new colonies, the researchers placed three orphaned pups with a queen who had given birth to a new litter. After six months, the foster pups assumed the dialect of their new home.

However, “dialect cohesiveness decreases with queen loss and remerges only with the ascendance of a new queen”, according to the research article.

The MDC and UP previously collaborated on international research that helped alter what science knew about death and pain management.

In 2019, their investigations led to a discovery showing that African mole rats are insensitive to many types of uncomfortable stimuli, potentially holding a key to treating human pain. Their adaptations to an extreme environment – a lack of oxygen, a surplus of underground CO2, and near-100% humidity – could further aid such research, the team found.

“The naked mole rat reduces its heart rate to the extent that it almost appears to have stopped. It keeps it pumping just enough to circulate blood,” they wrote. “Death is temporary and, if within a certain time [the naked mole rat] is given oxygen again, it comes back to life.”

Such knowledge could be applied to humans, “improving our chance of survival in extreme situations”.

Now, in their new experiments, the researchers hope to draw on observations from southern Africa’s eusocial answer to the naked mole rat, the Damaraland mole rat (Fukomys damarensis).

The team would like to isolate the mechanisms consistent with how such a communication culture evolves, ideally gaining deeper insight into what it takes to be the life and mole of the party. DM/OBP

Underground talk: Sorry, who do you wish to squeak to? For the naked mole rat, it won’t be any old rodent