Remembering Neil Aggett, the modest idealist who died for his beliefs 39 years ago 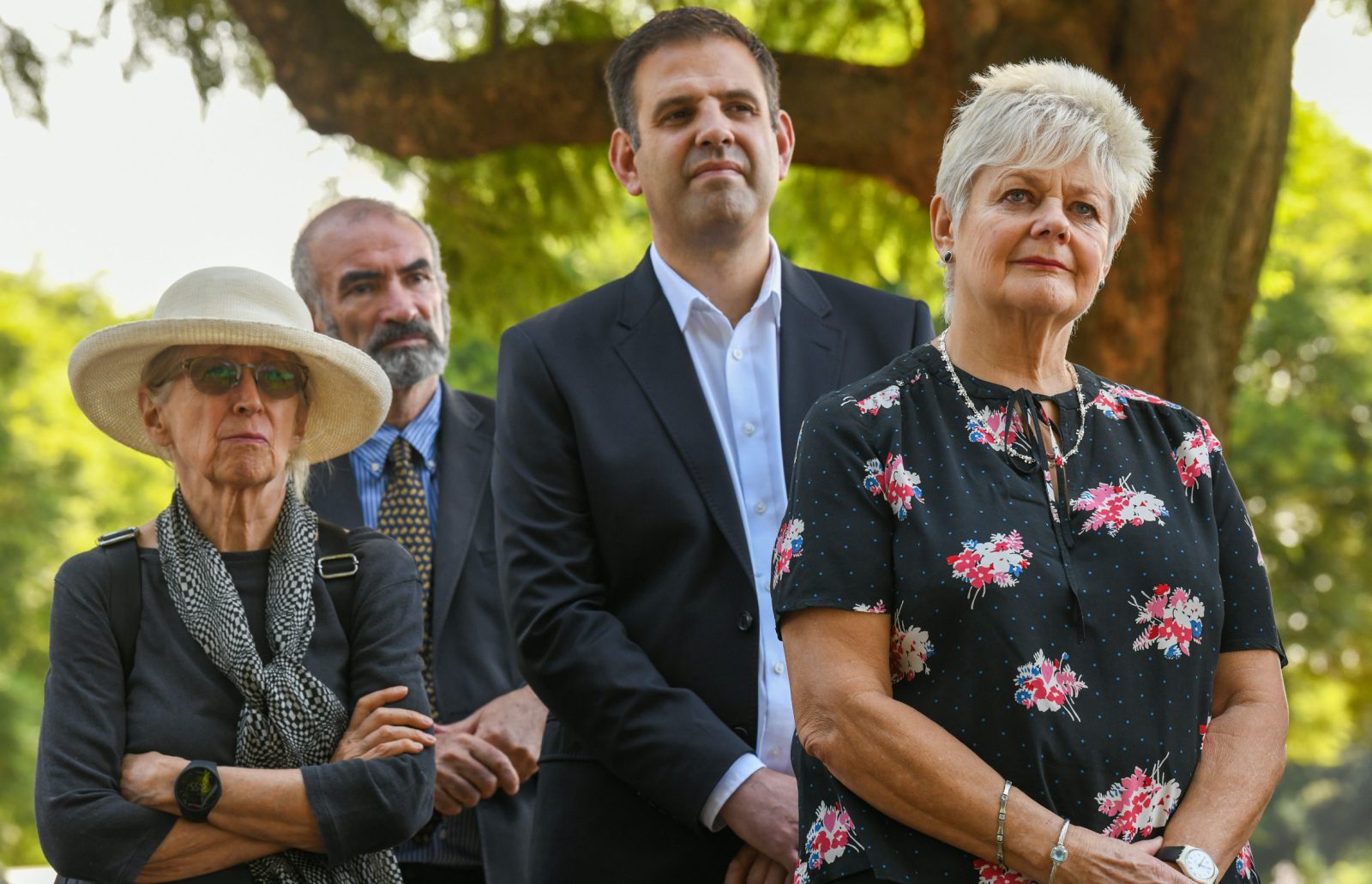 On the 39th anniversary of Neil Aggett’s death on Friday, 5 February, his sister and cousin reflect on a simple, modest man whose lived ideals would change history and hearts.

Had he lived you’d probably never have heard of him. Neil Aggett was never going to be a headline story or icon for someone’s cause. But then he died, 39 years ago today.

Aggett was found hanging from the bars of his second floor cell in John Vorster Square police station on 5 February 1982. The first white man to die in detention in apartheid South Africa was going to make international news. That tens of thousands of black workers brought the city to a standstill at his funeral on 13 February was history and heart at a time when fear and loathing between the races was supposed to be truth.

The 28-year-old medical doctor was at the time of his death also an unpaid organiser for the African Food and Canning Workers Union. He’d work his usual hours at casualty at the then Baragwanath Hospital then start a shift at the union’s offices in the city centre, catching naps on a bench, his colleagues remember.

A statement Aggett wrote in January 1982 points to why his two worlds could not help but fuse:

“While I was working at Tembisa, I became aware that the problems of the patients I was dealing with were not only medical problems, but were basically social problems due to the people not getting enough wages, unemployment, and the poor conditions in the townships. This meant that sometimes I would stitch up a patient, only to have him return the following week due to alcoholism, unemployment or extreme poverty with another assault wound.

“Also, I was working in a neurosurgery ward where I saw many people, particularly paraplegics, who had been injured at work. Often these patients did not get their compensation, or if they did, they got very little.”

For Aggett’s sister, Jill Burger, her brother was never going to be the kind of doctor who could just treat a symptom instead of the person.

“I think had Neil not been killed he would have been working in some godforsaken hospital in deep rural Eastern Cape where he would have been needed most, and you would never have heard of him. He was a very modest person,” Burger says.

Aggett did work for six months in the then Umtata Hospital as an intern.

Speaking from her home in the UK on Thursday, Burger’s thoughts drift to “her baby brother” as they do in some way, every day – not just on the anniversary of his death.

“I do still get sad and teary because he was living such a useful life. He had so much more to contribute and we’ve all missed out.

“My wish is that he is at peace and that my mother and father are at peace. My poor loving mom, I’m glad she didn’t live to hear the things that are coming out of the inquest,” says Burger.

She had planned to be in South Africa in January for the resumption of the hearings at the reopened inquest into Aggett’s death, but unexpected delays and then Covid-19 wiped out those plans.

She has been following proceedings via live-streaming. Three weeks in and proceedings have been marked by former Security Branch policemen taking the stand and denying personal culpability. All have stuck to a warped blue wall of silence that has included secret oaths and letting God take the rap for secrets.

On their colleagues’ tactics of torture, assault, abuse and cover-ups they can at best offer up, almost by rote: “If it did happen it didn’t happen in my presence”, or: “I cannot comment on that”.

There have been the ex-cops who’ve retreated behind their frayed memories or the right to remain silent not to incriminate themselves. There’s also been an attempt to present specific successful amnesty applications as blanket amnesty, till it’s been unpicked before the court.

Not one of these former police officers has been able to recall the name of “Ernest Dipale”. As Burger says: “To them, Dipale was probably just another black man they beat up and the only reason they remembered Neil was because he was white.”

Dipale was a political detainee held at John Vorster Square at about the same time as Aggett. He died six months after Aggett, also found hanged in his cell. His death, ruled a suicide at the time, is also being challenged.

Over the past three weeks the now old men and women on the stand have been deliberate in pointing out their geriatric malaises to the court: they’re hard of hearing, too tired to continue, or suffering from post-traumatic stress. Many left the police force on medical pensions that taxpayers have been paying for, for decades now.

There was even a random “Black Lives Matter” declared and sympathy extended for Aggett’s death. Burger, though, isn’t buying it.

“They’re just feeble, bog standard sympathies and they continue to tell the same old stories. It’s as if nearly 40 years on they’re still scared of pressure that maybe comes from the top, including politicians, who are keeping them from telling the truth,” she says.

Beverley Naidoo has also been watching live-streamed proceedings from the United Kingdom. The author and novelist is a cousin of the Aggett siblings.

Naidoo was herself detained during the months after the Rivonia Trial in 1964. She went into exile to the United Kingdom in 1965.

She remembers the news reports of Aggett’s death in London.

“I thought, ‘I have a cousin called Neil Aggett’,” she says. She rang home and the news of his death became personal.

“It was then that I realised I wanted to know about this young cousin that I had never met before.”

The Aggetts lived in Kenya till 1963 and Naidoo’s family was in Joburg.

Getting to know him became her meticulous and intimate biography of Aggett, Death of an Idealist. It took many long years to draw together the complexities of a life into a book. Published in 2012, Naidoo says in some ways the long incubation of the book was a mercy for Aggett’s parents, Aubrey and Joy, who had died by then.

“Their grief really seeped into me,” she says remembering her first meeting with them in Somerset West, about 10 years after Aggett’s death.

Getting to know her cousin has involved holding others’ grief, but it has not been a burden. For Naidoo, it’s hope. On the anniversary of his death she quotes Aggett quoting the Marxist philosopher Antonio Gramsci in his diaries: “Pessimism of the intellect, optimism of the will”.

“We have to keep going, we cannot extinguish hope, we cannot pass on cynicism because then we have nothing,” she says.

If the meander of justice can get close to hope, for Naidoo it will get close enough to the ideals that Aggett – a particular idealist – worked for and lived by in the 28 years he had. DM