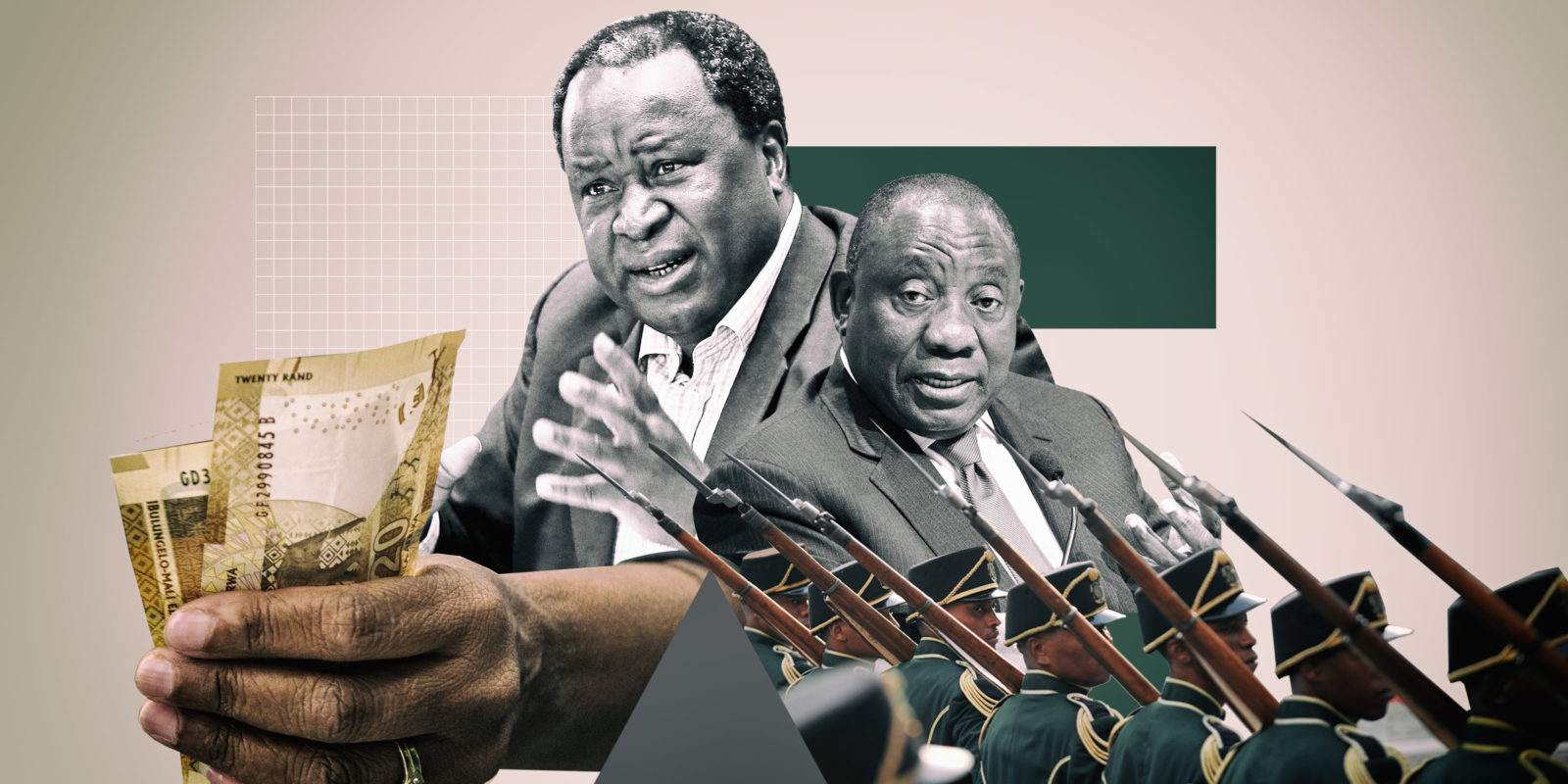 Revelations at the Zondo Commission are the tip of the iceberg. Much of the theft of public funds takes place far from the gaze of the public, media and civil society. This is in subnational units, municipalities and metros. What the inquiry has shed light on is the link between procurement-related corruption and the funding of the ANC.

February is a red-letter month on South Africa’s fiscal and political calendars: the president delivers the State of the Nation Address (Sona) and the finance minister presents his Budget for the year. In 2021, February is particularly special because both events are bound to be held virtually, owing to the Covid-19 pandemic.

Ordinary South Africans generally follow Sona to catch a glimpse of fashion trends. They have become accustomed to the fact that the day does not have any tangible impact on their daily lives. During the Jacob Zuma years, the address became popular due to the EFF’s theatrics directed at the head of state.

However, obsessing with the past may not be the best way to address current challenges. Testimonies at the Zondo Commission have highlighted how state institutions were hollowed out. The resultant lack of state capacity is now one of the main challenges in implementing government policy. Insights by academics and former National Treasury officials at a trilogy of webinars held by the Brenthurst Foundation and the Konrad-Adenauer-Stiftung on South Africa’s fiscal policy echoed these sentiments. Indeed, in its 2015 Economic Survey for South Africa, the Organisation for Economic Cooperation and Development noted that the country’s problem was not lack of finance, but inefficiency of spending and corruption.

Recent corruption surrounding the procurement of personal protection equipment (PPE) reflects some of the leaks in the system, while there have been revelations at the commission about the blatant abuse of funds by the State Security Agency. Already, testimonies about corruption at state-owned enterprises have revealed a staggering abuse of funds.

However, this is the tip of the iceberg since much of the theft of public funds takes place far from the gaze of the public, media and civil society. This is in subnational units, municipalities and metros around the country. What the State Capture inquiry has shed light on, and which had been highlighted by Crispian Olver in his book, How to Steal a City, was the link between procurement-related corruption and the funding of the ANC.

It is difficult to imagine that Finance Minister Tito Mboweni’s Budget will not feed into the ANC’s funding of the 2021 municipal elections. Unless there are radical changes to procurement practices, the purchase of PPE, Covid-19 vaccines and other government social and infrastructure expenditure will be inflated and awarded to politically connected persons, after which the funds will be directed to Luthuli House for use in electioneering. While the Political Funding Act is a step in the right direction, the legislation needs a capable state to be fully implemented.

A key feature of the lack of state capacity, besides personnel-related challenges, is the lack of coordination between government departments. For instance, in the fiscal space, proper coordination between the South African Reserve Bank, SARS and the Financial Intelligence Centre could go a long way in preventing and combating illicit financial flows.

It can be said that the past three years have not delivered on their promise, especially in areas that can be considered low-hanging fruit. The Zuma years were wasted as they focused on hollowing out the state. So far, the Cyril Ramaphosa term has been wasted by not strengthening state capacity and blowing up the social and political capital the administration had. It is beginning to dawn on most South Africans who supported President Ramaphosa that the current administration is run more like a public relations machine. This exacerbates a situation of too much talk and no implementation.

The public service has been weakened by cadre deployment, a practice in which the ANC appoints people to key government positions and has contributed to a weak, politicised and factionalised civil service. Successful developmental states such as South Korea, Japan, China, and Singapore also practise cadre deployment in one form or the other, but they ensure that qualified persons are appointed.

The conflation of state and party has resulted in the so-called deployees of the ANC being caught up in the governing party’s factional battles to the detriment of state capacity. A case worth watching is that of State Security Agency Acting Director-General Loyiso Jafta, who demonstrates rare capability as a bureaucrat but may not enjoy the support of some key ANC leaders.

Another area that deserves attention is foreign direct investment. While the administration appears committed to attracting it, no tangible steps towards putting the right policies in place have been made. Even the investment envoys do not seem to have a clear mandate. They would have been best placed in the Department of International Relations and Cooperation to promote the country’s economic and commercial diplomatic endeavours.

Mboweni will therefore present his Budget in an environment in which state capacity is still weak. South Africans’ trust in government and state institutions is diminishing fast with the revelations of theft of public funds. No major arrests have been made in connection with the State Capture Commission. This leads some sceptics to locate the commission within the Ramaphosa public relations approach to governance.

A flicker of light in the strengthening of state capacity in the past three years has been the South African Revenue Service (SARS). However, it still has to re-establish key units such as the Transfer Pricing Unit. The private sector could help improve state capacity through secondment of talent and experts to some of these institutions, including SARS, as well as to the criminal justice cluster.

A key feature of the lack of state capacity, besides personnel-related challenges, is the lack of coordination between government departments. For instance, in the fiscal space, proper coordination between the South African Reserve Bank, SARS and the Financial Intelligence Centre could go a long way in preventing and combating illicit financial flows.

It is somewhat of an indictment on the Ramaphosa administration that three years down the line, whatever policy pronouncements he will make at Sona will be undermined by state incapacity. That Mboweni’s Budget, almost four years into the Ramaphosa presidency, will be inefficiently spent and in some instances looted, reflects badly on what could have been achieved, now, in improving state capacity.

Opportunities for competitors: R80bn looking for a new home with closure of Absa Money Market Fund

The rise of the green dragon