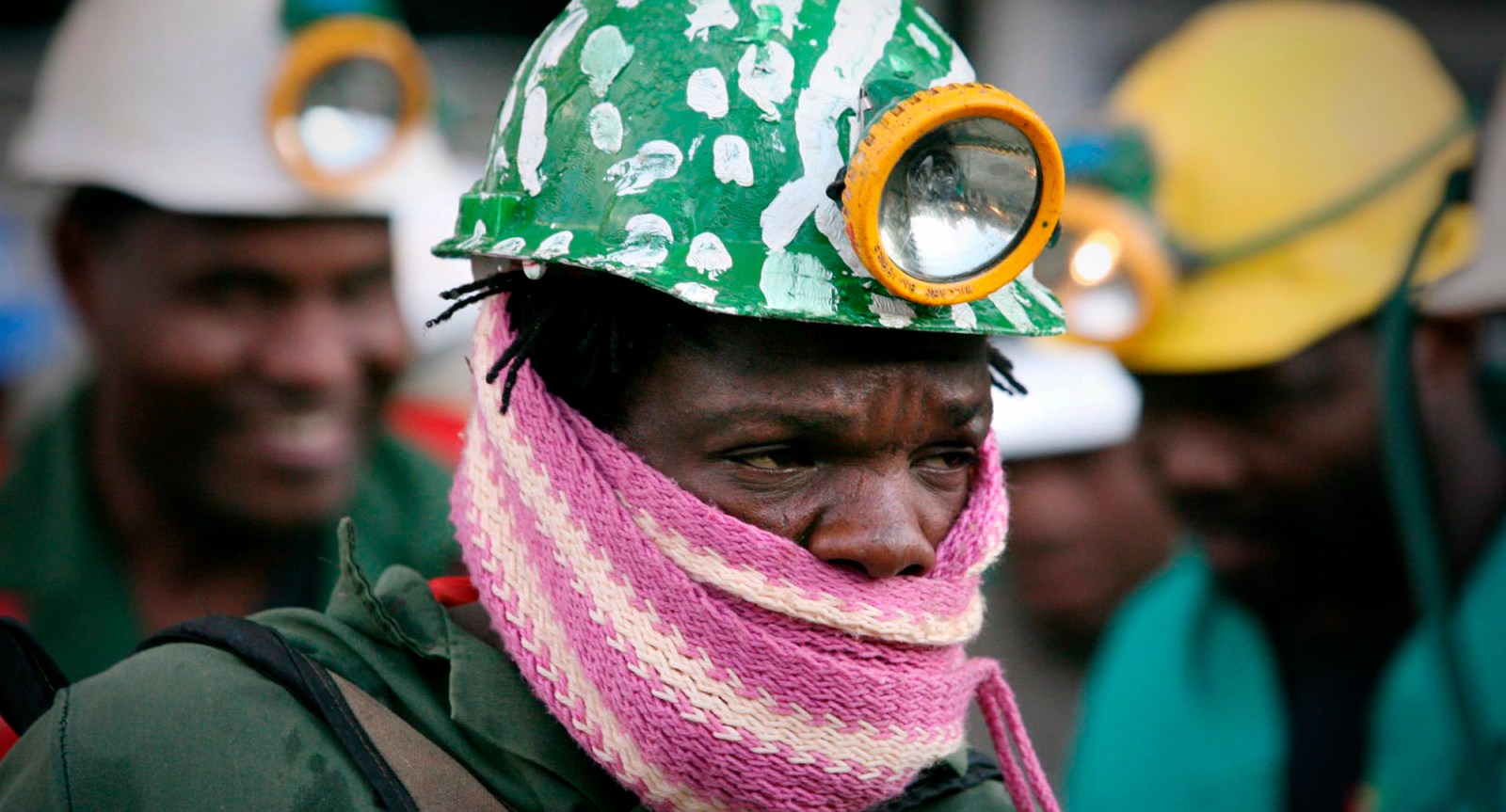 One of 3000 trapped miners emerges from the mine at the Elandsrand gold mine in Cartonville, South Africa 4 October 2007. (Photo: EPA/KIM LUDBROOK)

The regression is worrying, not least because overall, miners worked fewer hours in 2020 due to lockdown restrictions.

According to provisional data published by the Minerals Council SA, as of 14 December 2020, 58 people had died in work-related accidents in the country’s mining industry in 2020, up from the record low of 51 in 2019. The data are provisional and do not include the final fortnight of 2020, with the Department of Mineral Resources and Energy (DMRE) expected to publish the official final figure early in 2021. This is a worrying setback on the safety front.

The data on fatalities are among the many numbers that have been crunched in the Minerals Council’s annual Facts and Figures booklet, published on Monday 1 February ahead of this week’s virtual Mining Indaba.

“As of 14 December 2020, the industry tragically lost 58 people compared to 49 at the same time in 2019. This represents an overall 18% regression in the number of fatalities year-on-year. The analysis of the fatality trends indicates that fall of ground, transportation and general classified incidents have contributed the most to the overall fatalities in recent years,” the Minerals Council said.

“A targeted approach is required to address major causes of fatalities across the various commodities as these had a different impact on the overall performance. For instance, fall of ground is a significant challenge in the platinum and gold sectors while transport-related accidents have mostly affected the coal and platinum sectors. Gravity-related rock falls remain a bigger challenge in comparison to seismic-related rock bursts,” it said.

This is a very concerning regression, not least because overall, miners worked fewer hours in 2020 because of lockdown restrictions. And yet, fatalities spiked, bucking a positive trend that has seen significant strides in mine safety. (See chart). 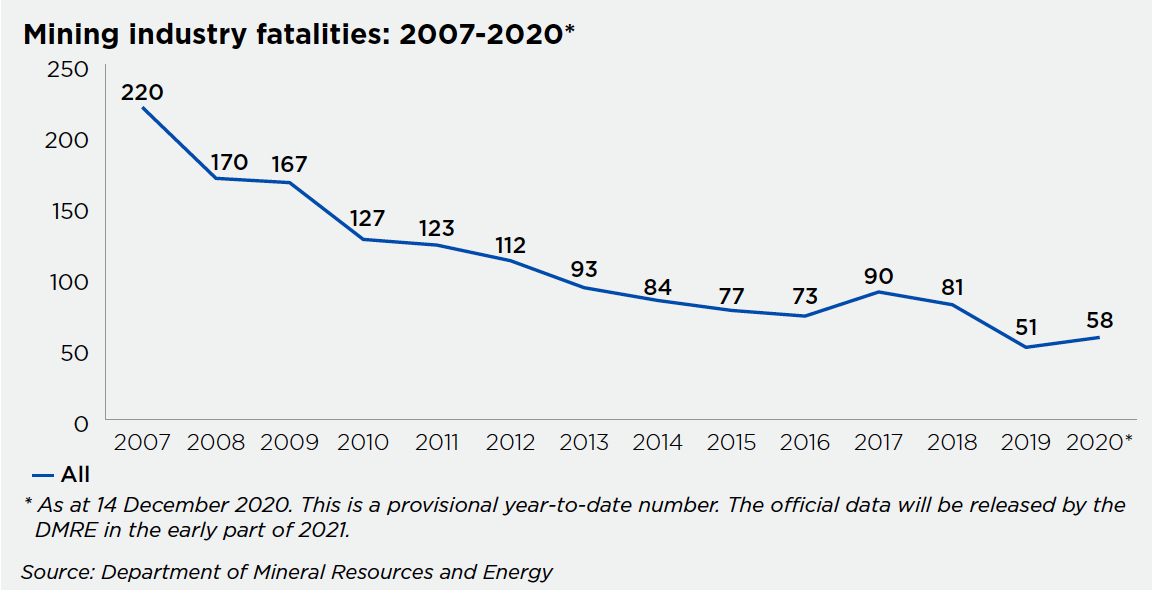 From well above 200 deaths in 2007, the industry saw a steady decline in fatalities from work-related accidents, to 73 in 2016. The number jumped to 90 in 2017, but resumed its downward trajectory to 51 in 2019 – which was on average almost one fatality a week, underscoring just how dangerous the industry remains. Many factors have been behind the overall improvement, including mechanisation, the roll-out of netting to prevent rockfalls and a concerted drive to foster a culture of safety.

The reasons behind the setback are not immediately clear, but much of the industry did reboot after the initial hard lockdown in 2020, and restarting a mine is a challenging task which goes far beyond pressing an “on” button. Expect the industry, the DMRE and unions to take a hard look at this issue, which is also high on the radar screen of investors who don’t want their returns stained with blood.

Production remains in decline and exploration is in the doldrums in the face of a less-than-conducive investment environment and transparency issues regarding mining rights, which indicates dysfunction at the DMRE. Employment declined slightly to 451,400 from 460,000. Much of this data remains provisional and incomplete – for example, capturing only the first three quarters of last year – and so many of the figures are subject to change. DM/BM