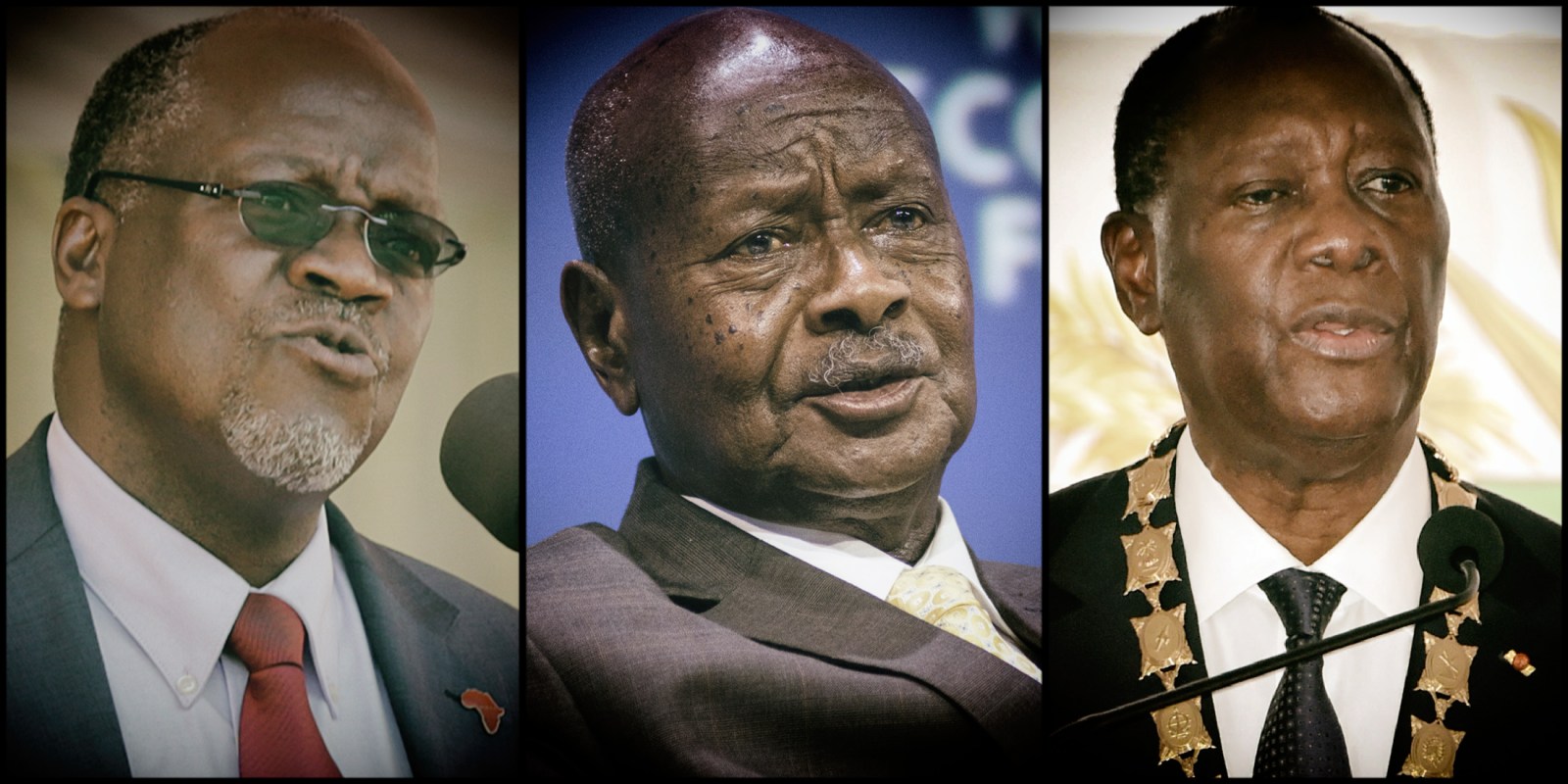 Recent elections in Burundi, Guinea, Côte d’Ivoire, Tanzania and Uganda have all featured violent intimidation and arrests of opposition members, ballot-box stuffing, the blocking of counting agents and internet shutdowns. It is chilling to see the similarity in tactics of Messrs Museveni, Magufuli, Conde, and Ouettara — it is almost as if they have been speaking regularly on Zoom.

The general election in Uganda in January was yet another indicator that Africa’s democrats are losing the war against authoritarianism and an ageing club of dictators. The manifestly unfree and unfair election that extended Yoweri Museveni’s already 35 years in office is but the latest in a string of recent elections on the African continent that have taken election rigging to a new level. Democracy in Africa is in peril, and the continent’s current democratic deficit runs the risk of holding back generations to come.

With the notable exception of Malawi in 2020 (which was actually an election re-run), elections across Africa, in Burundi, Guinea, Côte d’Ivoire, Tanzania and Uganda have all featured common practices: violent intimidation of opposition members and politicians often resulting in severe injury and death; frequent arrests of opposition leaders; widespread ballot-box stuffing; the prevention of party and counting agents from doing their jobs; and internet shutdowns, abetted by privately owned service providers.

Fearing citizen protests against election rigging, authoritarian leaders dispatch their military and police goons to surround the houses of opposition leaders on the pretext of preventing these leaders from starting riots. Only last week – weeks after the voting ended and following a court decision – did more than 400 soldiers stop their siege of opposition presidential candidate Bobi Wine’s house in Kampala. For weeks, they barred any individual from leaving or entering his property, including the US ambassador. This is almost a carbon copy of what happened to Guinea opposition presidential candidate Cellou Diallo whose home was surrounded by Guinea’s military for up to 10 days in October 2020.

It is chilling to see the similarity in tactics of Messrs Museveni, Magufuli, Conde, and Ouettara — it is almost as if they have been speaking regularly on Zoom.

What has definitely aided all their efforts is the Covid-19 pandemic. It has given these dictators cover and emboldened them to take unprecedented steps to remove any challenges to their hegemony. Global states and leaders have been distracted with their own significant health and economic challenges. Covid-related restrictions on travel have not helped either: foreign observer missions were not able to get on the ground.

Media organisations were only able to give limited time to the stories emerging from African elections before they had to focus on the slew of other competing stories, chief among them the US election which squeezed coverage of the Tanzanian election and its violent aftermath. The events at the US Capitol on 6 January had a similar negative effect on coverage about the Ugandan election.

What is a way forward then? What can supporters of African democracy do to reverse this bleak turn of events? And how can democrats in Zambia, where a general election is scheduled for August,  avoid the democratic backslide that has befallen some neighbouring countries?

Current strategies and tactics aren’t working. Recent history suggests international observer missions generally will be ignored and statements of diplomats and their government ministers will count for little more than an online article. Parallel voter tabulations will be disrupted, party and counting agents prevented from accessing voting and counting stations. Opposition activists will be arrested, beaten up and detained.

Africa’s authoritarian dictators will simply endure a week’s worth of infamy on the international stage before simply continuing with business as usual, confident that they will suffer few consequences internally or externally for their anti-democratic actions.

Africa needs a new democratic playbook. Liberal democrats – drawn from the political, non-profit and media sectors across sub-Saharan Africa – urgently need to come together, pool their experiences and challenges, map the next 10 years and draw up a strategy and playbook to enable democracy to succeed. Despite some notable initiatives to bring individuals and organisations together, a sustained effort to collaborate, share best practice and pool expertise is lacking. This needs to change.

As they come together, Africa’s democrats should start by looking at the following areas:

It is likely that the world will continue to be consumed by the Covid-19 pandemic for much of 2021. However, citizens and nation states will soon emerge from the pandemic and seek to navigate a “new normal.” It is critical that liberal democrats in Africa use this year to get themselves ready for a fight to ensure that the next decade does not signal the end of democracy on the continent. DM