1986: A riveting, albeit uncomfortable read

1986: A riveting, albeit uncomfortable read 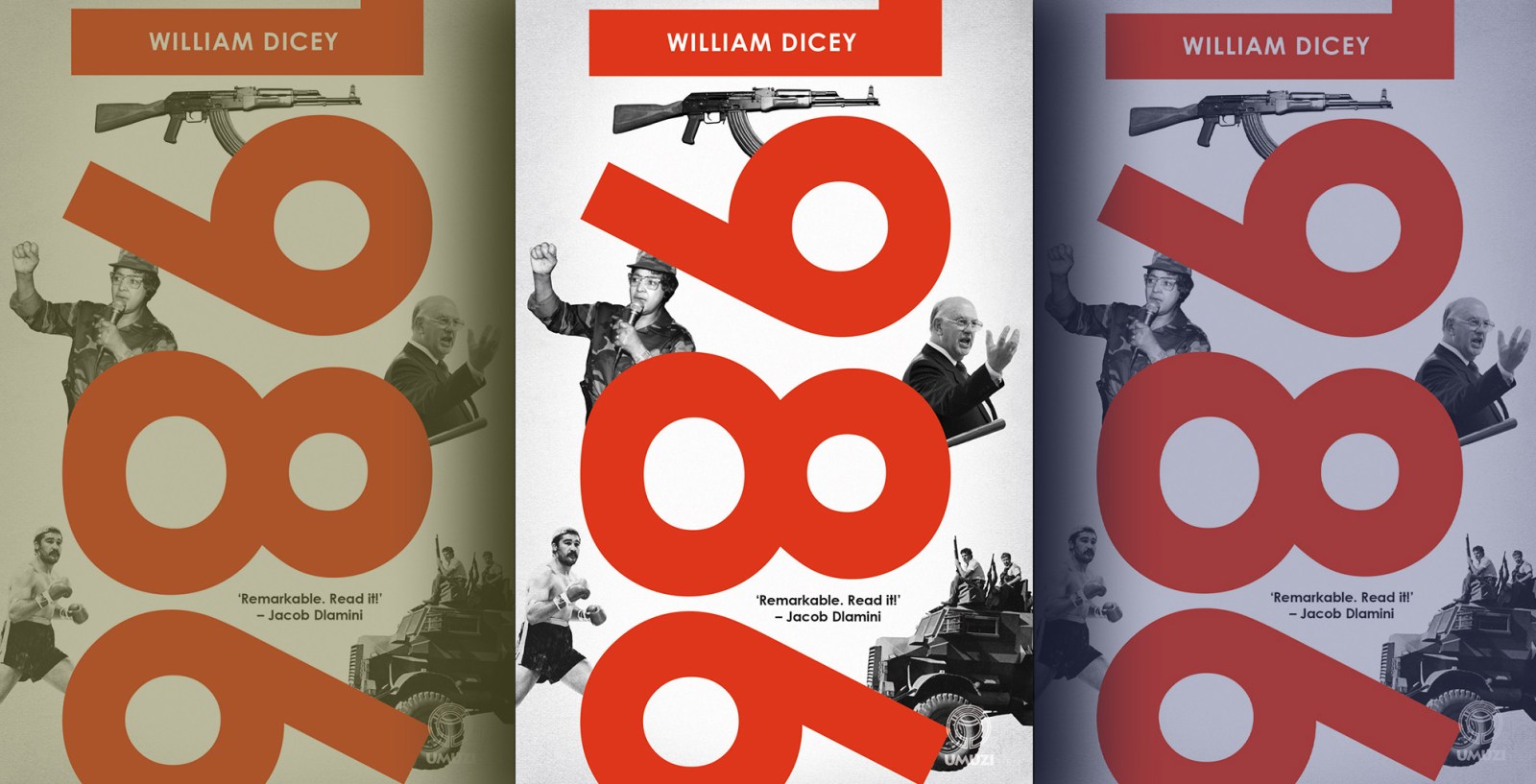 William Dicey’s new book, ‘1986’ (Umuzi) does not pretend to be a history, but it is so much more, providing a highly evocative narrative that gives a real sense of what life was like at a particular, pivotal point in recent history.

You, who forget your history are destined forever to repeat the horrors of the past. This, and words to similar effect, have become something of a cliché. But although constantly repeated, this warning is seldom heeded. In South Africa, it is today not so much a case of collective amnesia, but rather a constant rewriting and selective recall of history that dominates.

As author William Dicey notes in an afterword to his latest book, “1986”, it is dangerous to lose touch with the “real-real story” as this paves the way for populists and other revisionists. It is a way that has certainly been paved — and regularly traversed — in recent decades.

Dicey’s 1986 is a good antidote to this dangerous revisionism. It does not pretend to be a history, but is so much more, providing a highly evocative narrative that gives a real sense of what life was like at a particular pivotal point in recent history. It is perhaps difficult to argue that 1986 was not, as Rian Malan commented in 1990 in his My Traitor’s Heart a “watershed year in South African politics”.

The decade of the 1980s was certainly the bloodiest and bitterest period leading up to the final collapse of apartheid. But through it ran thin strands of often hidden hope that finally emerged with the release of Nelson Rolihlahla Mandela and the lifting of the bans on organisations and individuals of the resistance.

More than any other single year, 1986 represented the time of the Witdoeke and other vigilante groups, of the violence of collaborators. It was also the year of states of emergency, of the Alex “six-day war” and when the horrible symbol of the necklace, of hapless victims despatched by burning tyres filled with petrol, reached a peak. But it was also a time when the very forces that had unleashed the dogs of war were secretly moving toward a settlement.

Dicey uses 1986 as a peg on which to hang the various strands that stretch back and forth across that momentous decade of the 1980s. The tone for the book is set by the inclusion of one or two apparently randomly selected news clippings from the first day of every one of the 12 monthly “chapters”. At one and the same time, these highlight how ordinary and bizarre was the gruesome twilight of apartheid.

This is a riveting, but uncomfortable read, written by someone who has a deft command of language and nuance. I cannot but echo the statement about 1986 by author Jacob Dlamini (Native Nostalgia, Askari etc) after he had reviewed the manuscript: “Amazing. Read it!” DM