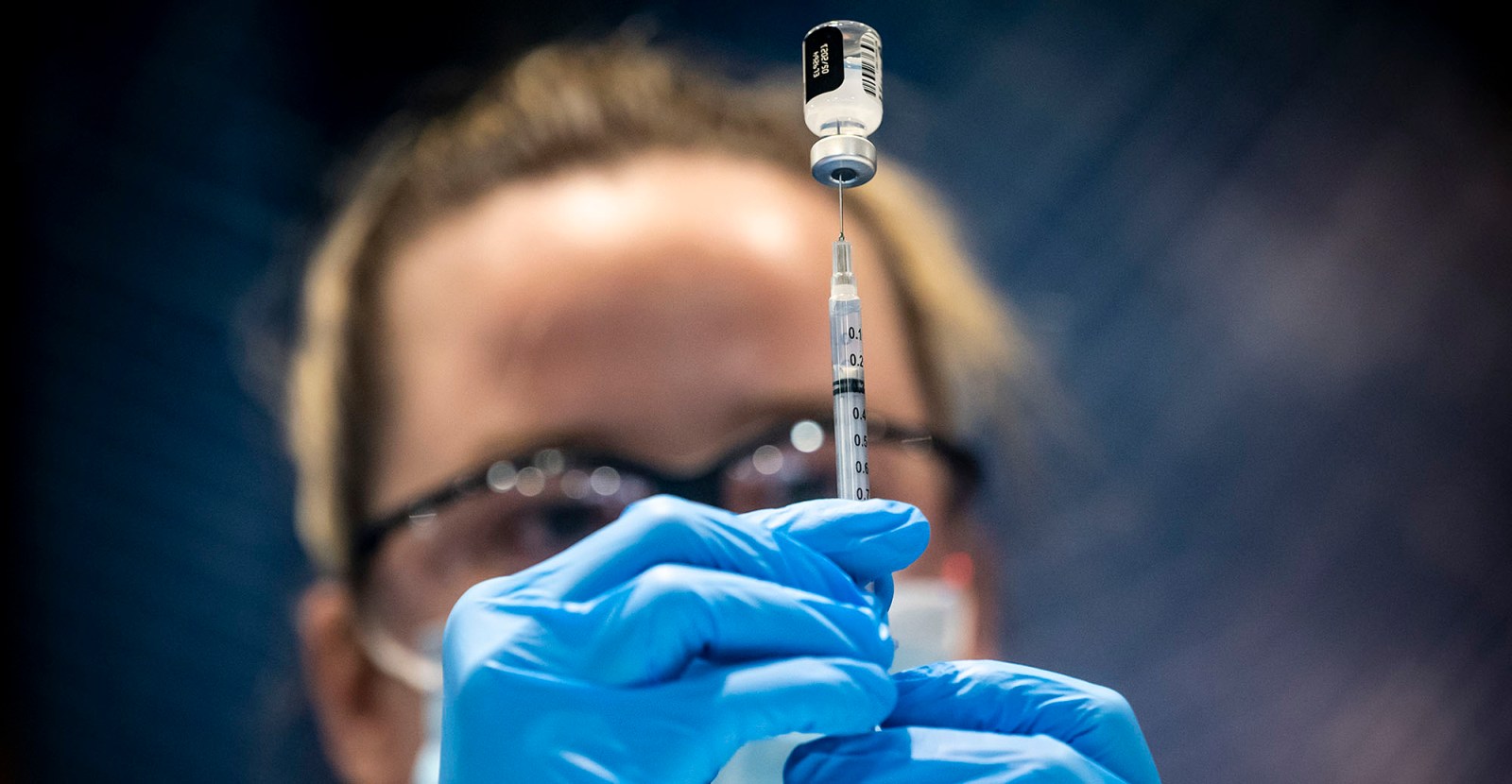 On 15 February, the first Covid-19 vaccine is expected to be delivered to healthcare workers in the Western Cape. (Photo: Billie Weiss / Boston Red Sox / Getty Images)

The US vaccine rollout is picking up speed as more than 1.5 million got their jabs for the third consecutive day on Saturday, while some cross state lines to get the vaccine as soon as possible and most shots to date have gone to white Americans in more affluent areas.

Another glitch in the US Covid-19 vaccine matrix: vaccine tourists, who cross state lines to get vaccinated in the US. There have also been reports of people coming from as far as Brazil. While experts are concerned about the people who need the jabs the most – frontline workers and the over-65s – they are also alarmed that this could lead to problems when these people need their second dose.

Vaccine tourists are an added headache for a system already struggling to get all health workers, first responders and people older than 65 vaccinated as a priority. Social and political analysts also point out that people who can travel up and down the country – twice – for the vaccine are those who can afford the transport and possible accommodation costs.

The uptick in vaccinations comes as the US hits some of its coldest winter weather yet. The increase is also right on time, as hoped for by President Joe Biden. He announced last week that he was aiming for 1.5 million vaccinations a day in his first 100 days, up from his original promise of one million a day for 100 days or 100 million people vaccinated in 100 days. On Monday, 25 January, he said:

For almost two weeks the US has been administering a million jabs a day, going up to 1.5 million last week. The increase comes as people and experts worry about the emergence of new strains of the virus. Experts say the faster more people can be vaccinated, the better the chance of curbing the virus and getting ahead of the mutations. This weekend, Maryland became the second US state to report the coronavirus strain first identified in South Africa.

Meanwhile, the Associated Press released an analysis over the weekend of available data for 17 states and two cities showing the racial disparity in how the vaccine is distributed. The data cover the period of vaccine release up to 25 January and show that non-white Americans are not being vaccinated at levels that would represent the percentage of the population that they make up, per state.

Black and brown Americans are disproportionately more adversely – often fatally – affected by the pandemic, with Los Angeles Country showing that 90% of the health workers and first responders who have died because of Covid-19 were not white.

Demonstrators blocked motorists’ access to the vaccination site at Dodgers Stadium in Los Angeles (LA) for an hour on Saturday, 30 January. The main entrance was briefly closed while vaccinations continued inside. Authorities reported about 50 anti-vaccine protesters, saying they were peaceful and no arrests were made.

We are aware of social media posts referring to protestors showing up at the Dodger Stadium COVID-19 vaccination site. Preliminary reports are that protestors remained peaceful. The LAPD did NOT close the gates, and per LA City Fire, all scheduled vaccines will be delivered. https://t.co/l5zEW3UAOt

Photos of the protest taken by motorists show some of the signs, including “99,96% survival rate” and “I only like muzzles in the bedroom”. The protest came as LA health officials discovered a second case of the variant B.1.1.7 which was first found in the UK.

We’re at the mass vaccination site at Dodger Stadium to get my mom the vaccine. The anti–vax protestors have approached the entrance to the site. The LAPD have now closed the gate. We have been sitting here for about half an hour. Nobody is moving. pic.twitter.com/GrJPA5wrqx

Other challenges – met with gusto by healthcare workers – include a refrigerator that broke down in Seattle at about 9pm last Thursday. Nurses mobilised because they only had 12 hours before the 1,600 doses would expire. The hospital also reached out to nearby hospitals and by midnight people were queueing. By 3am, 1,600 people had been given a shot and not a drop of vaccine was wasted. The chief operating officer of one of the hospitals said: “We are tired but we are inspired… It was touching seeing grandmas in wheelchairs at 2am being vaccinated.”

On Tuesday, 27 January, in Josephine County, Oregon, public health workers transporting six doses of the vaccine to a vaccination centre – usually a 45-minute drive – got stuck in a snowstorm on a highway. Rather than risk not getting the vaccines there on time, the workers went from vehicle to vehicle, asking if anyone would like the jab. They were happy to get six takers. Michael Weber, public health director for Josephine County, said finding people who wanted the vaccine was “just the obvious choice… Our number-one rule right now is nothing gets wasted.”

The US tightened restrictions on Saturday for non-US citizens travelling from South Africa. The UK, Brazil, China, Ireland, Iran and 27 European countries, as well as Vatican City and San Marino, are also on the restricted list. DM

An Wentzel is Night Editor and specialist reporter for Daily Maverick, she went to the US to visit family as the pandemic struck and is currently marooned in the land of the “free”.

Information pertaining to Covid-19, vaccines, how to control the spread of the virus and potential treatments is ever-changing. Under the South African Disaster Management Act Regulation 11(5)(c) it is prohibited to publish information through any medium with the intention to deceive people on government measures to address Covid-19. We are therefore disabling the comment section on this article to protect both the commenting member and ourselves from potential liability. Should you have additional information that you think we should know, please email [email protected]