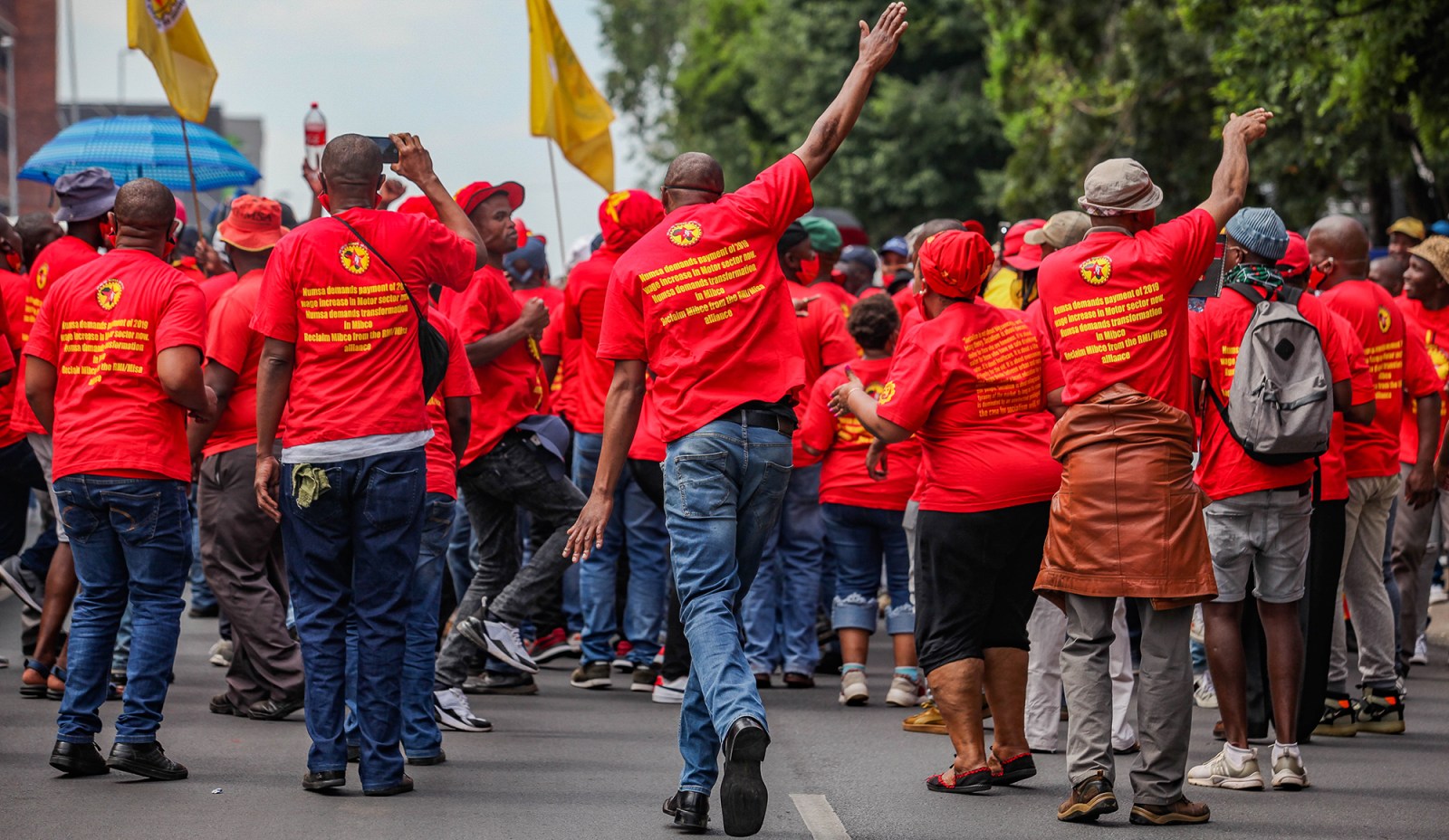 In an affidavit to the Constitutional Court, the Public Servants’ Association and seven other unions want to force the government to pay salary increases, arguing that it cannot walk away from a collective agreement without any consequences.

Trade unions representing public servants have escalated their fight with the government over inflation-beating salary increases at the Constitutional Court, adding another twist to a protracted wage dispute that has the potential to drag down SA and its public finances.

More than four trade unions have approached SA’s top court to appeal against a recent ruling by the Labour Appeal Court, which said the government doesn’t have to pay salary increases to public servants that would cost the fiscus an extra R37.8-billion. This is a National Treasury estimate that is disputed by trade unions, which argued that the cost to the fiscus will be R13.2-billion.

The Labour Appeal Court vindicated the government’s decision not to implement salary increases of between 4.4% and 5.4% in April 2020 for public servants, saying the increases are unaffordable for a fiscus that has deteriorated due to the Covid-19 pandemic.

The court ruling also strengthened the hand of Finance Minister Tito Mboweni, who proposed a three-year wage freeze to cut government spending by R300-billion and bring ballooning state debt under control. Mboweni is expected to hold the line on the wage freeze proposal when he presents the 2021 national Budget on 24 February 2021.

In an affidavit to the Constitutional Court, the Public Servants’ Association (PSA) and four other unions want to force the government to pay salary increases, arguing that it cannot walk away from a collective agreement without any repercussions.

The salary increases to public servants are part of a three-year wage agreement, which was signed by the government and trade unions in 2018 and is expected to run its last leg from 1 April 2020 to 31 March 2021. The government complied with the first two years of the agreement, but refused to comply with it in the third and final year on the grounds of unaffordability.

Trade unions have long argued that the collective agreement on salary increases is like a contract that is legally binding on the government. In his founding affidavit to the Constitutional Court, Leon Gilbert, the acting GM of the PSA, reiterated the binding nature of the agreement, saying if it is not honoured it would “sound the death knell for collective bargaining as we know it”.

Gilbert said a collective agreement removes the right of trade unions (even those that are not a party to an agreement) to embark on a strike to resolve wage disputes.

“Given the importance of collective agreements, public policy demands that their integrity must be respected and protected,” said Gilbert in court papers dated 28 January 2021. He said the government has enjoyed all the benefits of a collective agreement, including being insulated from strike action for three years.

“In contrast, the employees may have the agreement imposed on them without their consent and lose the right to strike but have no remedy when the state chooses not to implement its provisions.”

Cosatu-affiliated unions including the SA Democratic Teachers’ Union, the Police and Prisons Civil Rights Union, and the Democratic Nursing Organisation of SA, have separately approached the Constitutional Court, asking it to affirm the validity of the collective agreement on wage increases.

Trade unions face two hurdles in their latest legal challenge: to convince the apex court to hear the case, and convince it that the Labour Appeal Court erred when it ruled that the collective agreement on salary increases is unlawful and contradicts the Constitution.

The court ruled that the government is no longer bound by the agreement in terms of sections 78 and 79 of the Public Services Act, which requires the government to enter into collective agreements only if it can afford to do so and if the Treasury commits to providing additional funds for the agreement.

Gilbert said making the agreement invalid in terms of the act would “fundamentally undermine the collective bargaining process in the public sector and thereby deprive the public sector employees of their Constitutional rights”. He said if the collective agreement was unlawful then the Cabinet complied with it for two years knowing that it contradicted the Constitution. The Labour Appeal Court failed to consider this, said Gilbert.

If the Constitutional Court agrees to hear the case, Mboweni and Public Service and Administration Minister Senzo Mchunu – tasked with the remuneration of public servants – will be pushed to challenge the trade union demands. The pair might argue that the government has the power and discretion to not comply with collective agreements when it cannot afford to do so. DM/BM