Book Review: Is economic orthodoxy out to lunch? 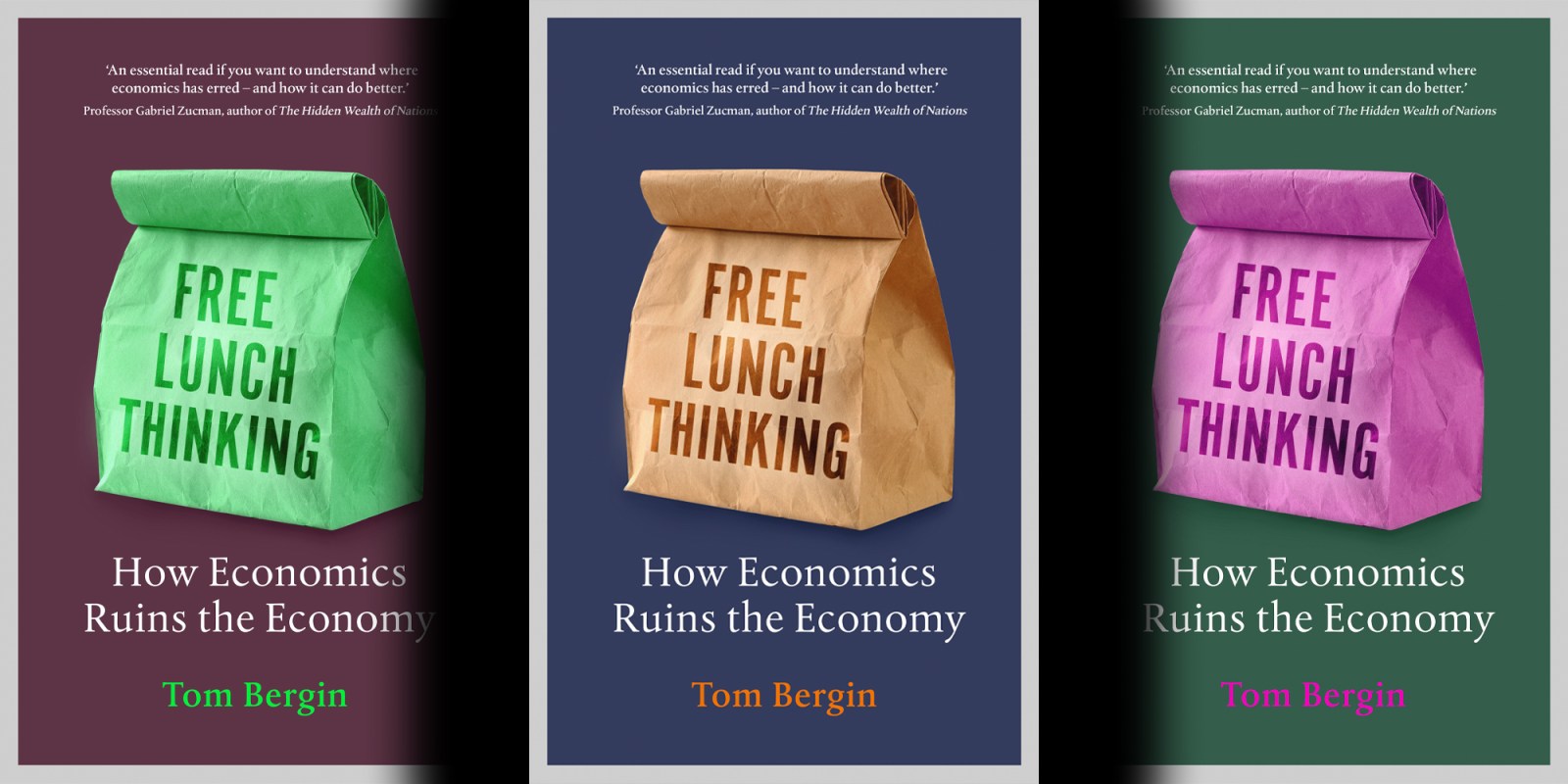 A lot of government policy is informed by economics. It also steers corporate thinking and strategy – and lobbying. And apparently a lot of decisions we make as individuals about how we spend our time, how hard we work and how we allocate our resources, is influenced, whether we realise it or not, by economics. So the ‘dismal science’ gives rise to all kinds of questions.

What are appropriate tax rates and do they discourage or encourage investment and productivity? Can tax cuts generate more tax revenue by stimulating economic growth, job creation and spending? Do sin taxes discourage unhealthy behaviour and habits, which have wider social, health and economic consequences? Does a minimum wage kill jobs? What is the cost of government regulation?

These are issues that policymakers and other actors in the global economy grapple with all the time, and have been doing so for centuries.

For a South African audience, they are certainly relevant as a government that inherited a society riven by glaring disparities of income and wealth maintains that it wants to build a better life for all, even while many of its cadres merrily loot dwindling state coffers.

The free lunch the politically connected have feasted on – which has ruined South Africa’s economy – is not quite what he has in mind. Still, many of the issues he raises inform serious policy debates in South Africa, and so they are well worth examining, even if much of his focus is on developed economies.

Bergin, a Reuters journalist based in London (full disclosure: this makes him a former colleague of this reviewer), dissects eight economic maxims that have sparked heated debate but, depending on the political currents, can also be taken as axiomatic.

To wit, they are the Laffer curve and the notion that lower taxes can boost growth and state revenues; the relationship between taxes and work ethics; job security versus flexible labour markets; incentivising executive pay; minimum wages and their impact on employment; the validity of sin taxes; regulation and growth; and the (alleged) damages that taxes inflict on business.

Bergin finds the conventional wisdom – often grounded in the classical economics of the textbooks that many will be familiar with from Econ 101 – wanting. This reviewer welcomed a refresher course on these concepts in a readable fashion. My first-year economics course was taken quite some time ago.

Along the way, Bergin journeys to Tennessee to spend time with Arthur Laffer, the supply-side economist whose famous curve and theory held that tax hikes would produce lower revenues because they would throttle investment and business activity, weighing on the economic growth needed to generate taxes.

Tax cuts by the same thinking could serve to raise more tax flows. This would inspire the chainsaw that Ronald Reagan took to taxes.

Yet, as Bergin notes, they “also sit uncomfortably as proof of supply-side economics in action”. Annual GDP growth under Reagan was 3.5%, but much of this stemmed from borrowed money. Rinse and repeat for Donald Trump’s single term. By contrast, Bill Clinton, who raised taxes, oversaw annual GDP growth of 3.9% while taming budget deficits.

Or take the example of sin taxes. Bergin makes the observation that significant increases in taxes on cigs in the UK have not persuaded the same percentage of lower income smokers to stub out the habit as higher income smokers. Yet white-collar professionals in the upper income brackets can afford to puff away even at elevated prices because the habit consumes relatively little of their earnings.

Meanwhile, at the other end of the income scale, one working class woman whom Bergin interviews spends 20% of her income on smoking, yet she has no intention of quitting. Far from it, in fact. So sin tax hikes have also served to erode limited working class incomes while turning economic orthodoxy on its head.

“The drop in the number of people who smoke has helped create the wider belief – pushed by economists – that a whole range of desirable social outcomes such as increased recycling, more efficient use of oil and gas and healthier eating, can be encouraged through the harnessing of economics. People can be ‘nudged’ to make better choices through particular financial signals,” Bergin writes.

But the unequal response to “nudging” along socioeconomic lines, in ways that are clearly at odds with theory, suggests that something else is going on here.

There are a number of factors that may explain this state of affairs. One is that white-collar workspaces moved to ban smoking long ago, making it socially unacceptable and less appealing. Smoking bans elsewhere, such as on flights, also impacted the better-off disproportionately. “Once it became denormalised (for such classes),” Bergin writes, “its decline became self-perpetuating.”

The wider point here, as in the other policies and economic concepts that Bergin takes a scalpel to, is that there are a lot of other variables at play that don’t fit neatly with the compelling graphs economists conjure.

These are just a couple of examples of many that Bergin brings his sharp eye and insights to in this elegant narrative. Whether or not you agree with his analysis, it provides – if not a free lunch – plenty of food for thought, even if some of the ground covered is fairly well worn.

In the South African context, it is worth briefly exploring the examples cited above.

Under the lockdown measures to contain the Covid-19 pandemic, South Africans are thirsting under a third ban of alcohol sales, and last year the sale of tobacco products was prohibited for several months. This reviewer has made the case before in this publication that a hike in sin taxes would be no bad thing at this point in time, partly to help Treasury get its hands on additional, badly needed revenue.

But could it curb consumption? This is clearly high on the agenda of some in Cabinet, and higher taxes would be preferable to the blunt hammer of prohibition, which frankly has racist and classist roots and fosters illicit activity.

Far too much tax money here has been outright stolen or squandered on shoddily run SOEs, or to lift the numbers of a dysfunctional civil service and its wage bill to feed a predatory patronage machine.

It would also certainly have an impact on working class incomes, which is why, in the recent past, the government has not raised taxes on traditional beer even as it has lifted other sin taxes.

Still, the poor will bear the brunt of a broad increase in sin taxes, which are regressive taxes after all.

Indeed, the impacts highlighted by Bergin would be magnified in South Africa, where households at the bottom of the income ladder are generally far worse off than their UK counterparts.

Tobacco and booze consumption may be reduced here under a bigger tax burden, but for the draconian reason that higher sin taxes could mean the difference between food on the table or Castle quarts on the table. Or it might inflict more misery on poor households if the Castle quarts are quaffed anyway and the kids go hungry. But this point takes us into the classist and even racist thinking of past prohibition and temperance campaigns. Another point to make is that South Africa already has a flourishing illegal tobacco trade, and higher taxes on a pack of smokes will light that up further. Bootleggers will also get a boost.

And what about income taxes?

Bergin takes understandable exception to many of the assumptions that economists base their theories on. But on the issue of taxes, there is an underlying assumption in his narrative that they will generally be used for what they are meant for – schools, roads, national defence, policing, health care, social safety nets and those kinds of things.

Those assumptions don’t hold in South Africa, where earners in the highest bracket now fork out 45% of their income in taxes.

Far too much tax money here has been outright stolen or squandered on shoddily run SOEs, or to lift the numbers of a dysfunctional civil service and its wage bill to feed a predatory patronage machine.

Opposition to tax hikes in South Africa stem first and foremost from these concerns. This is why we have commendable organisations like Outa. Debates around the Laffer curve and related issues exist here, but they are secondary to the immediate concerns around tax money pouring down the drain.

Of course, the underlying issue is that the wasted/looted money could have been put to better uses. One could argue in this environment that lower taxes would mean less capital squandered in this way; capital which could be put to work in more productive ways – ways that could perhaps support economic growth and more tax revenue. In short, perhaps a vindication of sorts of Laffer’s framework.

But South Africa under the ANC looting machine is an extreme example of tax revenues not generating desirable results. Perhaps a clever economist can capture this conundrum.

Does the “Zuma curve” await its maker? A clever economist might reply that it is already embedded in some theory regarding elasticity, to use the jargon of the field. DM