Stock market craziness in motion: The GameStop drama by...

Stock market craziness in motion: The GameStop drama by numbers 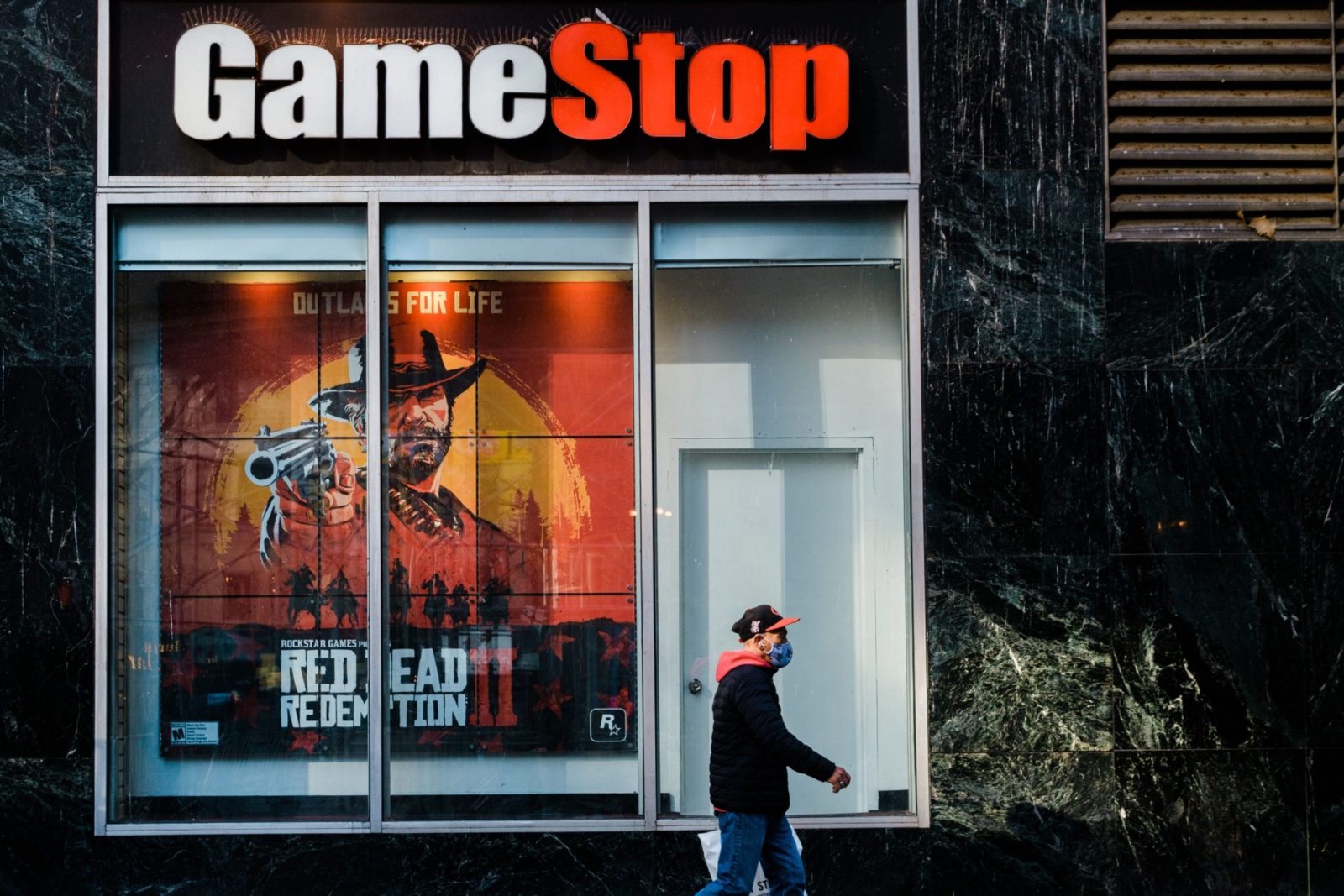 Drunk on government stimulus cheques and easy money, US retail and institutional investors are driving the stock market into bubble territory. In the case of GameStop, though, an army of retail investors have thrown investment fundamentals to the wind to take on the Wall Street establishment.

Since 11 January, a group of users on the WallStreetBets online forum, a subforum on discussion platform Reddit, have bid the price of shares for video game retailer GameStop to stratospheric levels.

They did so knowing Wall Street institutions were working in the opposite direction, betting the company would fail.

It has become a David-and-Goliath battle pitting established hedge fund managers and institutional investors against an army of amateur day traders in a battle they simply did not see coming. As members of the group hyped up the share and posts went viral, they created a momentum that fed on itself. The Reddit group now numbers about 2.2 million people.

This type of activity may have started with GameStop, an old-school video game retailer listed on the New York Stock Exchange, but it won’t end there. The gamers are also dabbling in Blackberry and AMC shares and others will surely grab their attention.

The common thread is that the companies are struggling. And GameStop, although it’s one of the largest video game retailers in the world, has struggled to remain relevant in the age of online sales. As was the case with local music and electronic store Musica, the advent of Covid-19 has hastened its descent by pushing people online and out of shopping centres.

Thus GameStop became a target for short-sellers who bet it would not survive and its share price would continue its downward trend. The share price bears this out. The company listed in 2002 and peaked at $62.11 in 2007. From there the share declined, falling by 96% to reach $2.50 in April 2020.

Still, a few investors believed the firm could implement a digital strategy and turn its fortunes around. Or, more cynically, they believed they could buy GameStop shares, hype its turnaround prospects to the moon and reap a huge profit by doing so.

Ryan Cohen, a former CEO of Chewy, the online US pet-food retailer, started buying GameStop shares in August 2020. His investment company built an initial 13% holding in the company and earlier this year Cohen and two former Chewy colleagues were appointed to the GameStop board.

This was the signal for the games to begin, says Terence Craig, CIO of Element Investment Managers. Cohen’s appointment as a GameStop director and champion of a turnaround, combined with the very high volume of short sales, came to the attention of retail traders.

Many of these traders use the RobinHood trading app on their phones. “An online share discussion forum on Reddit helped co-ordinate a retail trader ‘flash mob’ to short squeeze the (institutional) short sellers of GameStop,” says Craig. Retail traders bought “massive volumes of GameStop shares and call options (leveraged returns from betting that the share price will rise). The buying volumes caused GameStop’s share price to spike higher and higher, squeezing short-sellers into becoming buyers of the shares themselves, at higher and higher prices to limit their losses, thereby adding to the buying volumes.”

How does short-selling work?

Typically investors believe the company they have invested in will perform well and the share price will rise enough to cover the cost of their investment and make a profit. Short sellers do the opposite. Their research indicates a company is not doing well and its share price is headed south. They “borrow” shares from a long-term holder such as a pension fund, for a small fee, and sell them. They wait for the price to fall, and buy the shares back at the lower price.

Let’s use SA firm Musica as an illustration. (It is part of the Clicks Group and is being wound down, but imagine it is listed independently.) Given its declining market share, some investors may believe the share price will fall, so those investors, or short-sellers, borrow the Musica shares and sell them for R10. If their assessment of the company is correct, the price of Musica stock will drop below R10, perhaps to R5. When it does, the investor will buy the shares at R5, return them to their owner and pocket the difference.

But, if Musica releases information that suggests its digital strategy is paying off, the share may jump to R15. Now the short seller has no choice but to buy the share back at R15.

“Sellers took short positions in Steinhoff and released research reports questioning (correctly) the integrity of its accounts. When Markus Jooste resigned as CEO, the share price fell off a cliff and kept on falling.”

Short-sellers made a fortune on Steinhoff’s collapse – they sold high and were able to buy back at a fraction of their selling price.

In addition, the retail investors punting GameStop started dabbling in sophisticated instruments to leverage their investments. The result was that as the price started to rise the option writers selling these instruments needed to buy more shares to cover their positions. “Along with the buying pressure from short-sellers and day traders, this resulted in GameStop’s price being pushed beyond nose-bleed extremes,” says Craig.

The combined share-and-call-option buying frenzy shot GameStop’s price into the stratosphere and short-sellers were taken to the cleaners.

Moral of the story

“This is a speculation frenzy being played out between retail traders and specialist short-sellers, across many small-cap companies,” says Craig. “Short-sellers have taken all the pain on these trades to date and losses have been extreme. This is another unintended consequence of markets being awash with cheap liquidity.”

That cash was provided by the fiscal stimulus and low interest rates. But at some point the stimulus will slow, inflation will rise and liquidity will dry up. This will take time. Before that point, it’s likely that the enthusiasm of retail traders will be dampened as they experience material losses and find themselves unable to reload.

“This ‘short squeeze’ phenomenon, of irrational, speculative trading and extreme price movements, is a characteristic of excesses seen in market bubbles,” Craig says. “The similarities with day-traders in the dotcom bubble frenzy of 1999 are clear and ominous. GameStop’s insane price moves are a very big warning flag for investors.” DM168